Argyll & Dunbartonshire: About 8 miles east and north of Oban, on minor road between A828 and B845, 4 miles east of Connel, on north side of Loch Etive, at Ardchattan Priory and Ardchattan House Gardens. 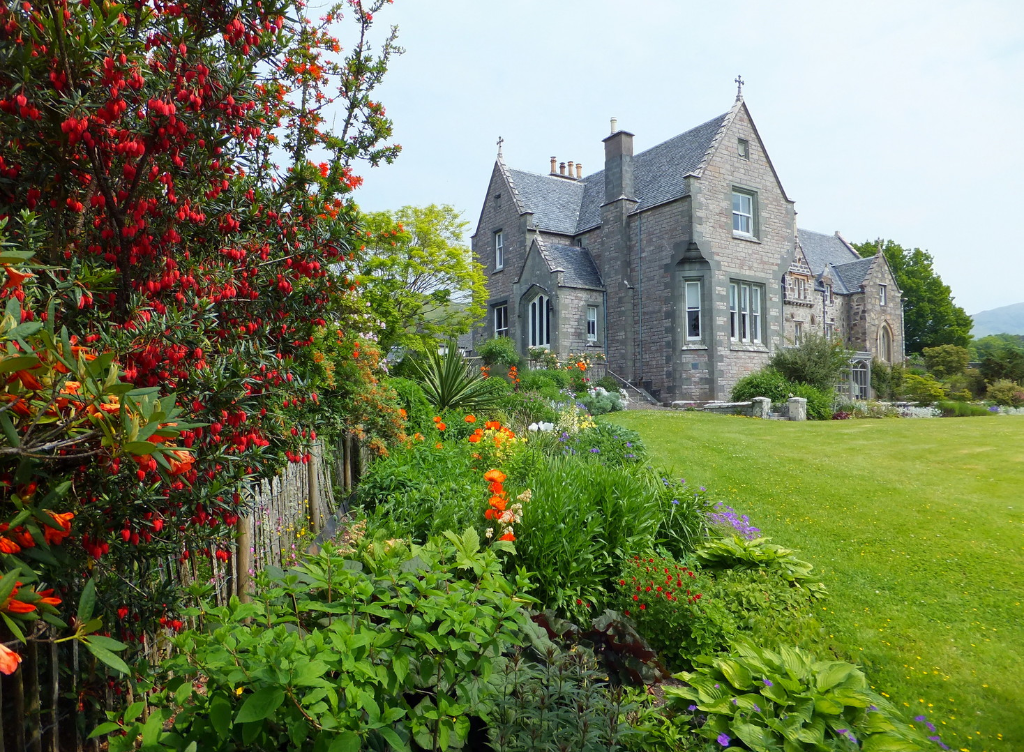 Set in a peaceful location, Ardchattan Priory, a Valliscaulian establishment dedicated to St Modan, was founded in 1231 by Duncan MacDougall. Robert the Bruce held a parliament here in 1309, and the lands passed to the Campbells of Cawdor in 1602. The buildings were burnt in 1644 by Alasdair Colkitto MacDonald, and again in 1654 by Cromwell’s forces. Charles Campbell of Ardchattan, younger, is on record in 1715 when he signed an oath of allegiance to George I, and Colin Campbell of Glenure, murdered in 1752, is buried here – the events surrounding his death feature in the novel Kidnapped by Robert Louis Stevenson.
‘Ardchattan’ is marked on Blaeu’s map of Lorn. 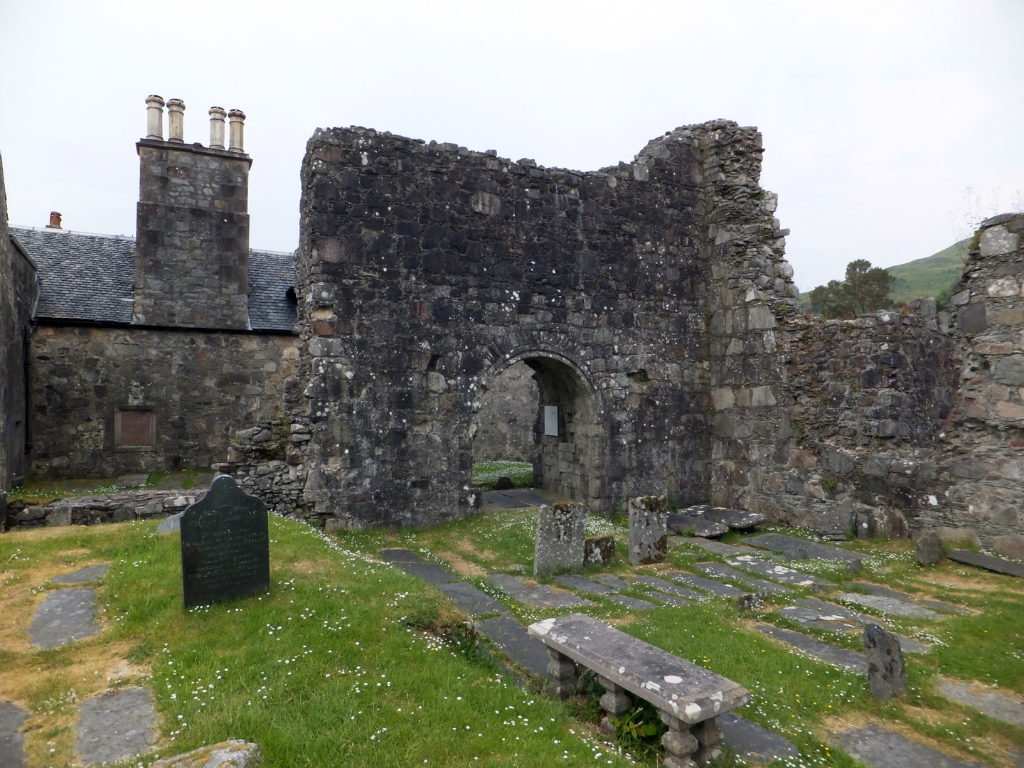 Part of the church, used by the parish until 1731 but now ruinous, is in the care of HES and houses 16th-century carved grave slabs, later memorials, and an early Christian carved wheel cross. John Carswell, Protestant Bishop of the Isles, is also believed to be buried here (see Carnasserie Castle), and there are also burial aisles for the Campbells of Ardchattan and those of Lochnell. 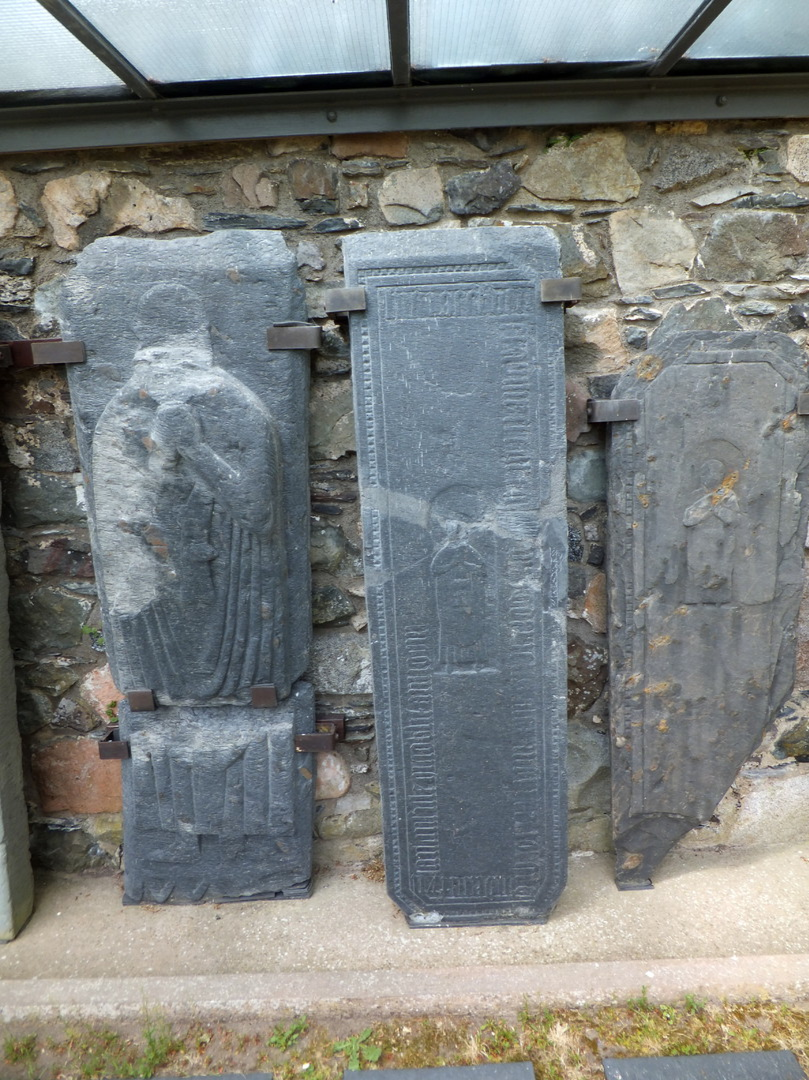 Other priory buildings were incorporated into a mansion, Ardchattan House, which was altered and enlarged in the 1840s, and is still occupied by the Campbells. A fine four-acre garden features herbaceous borders, roses, sorbus and many varieties of hebe. 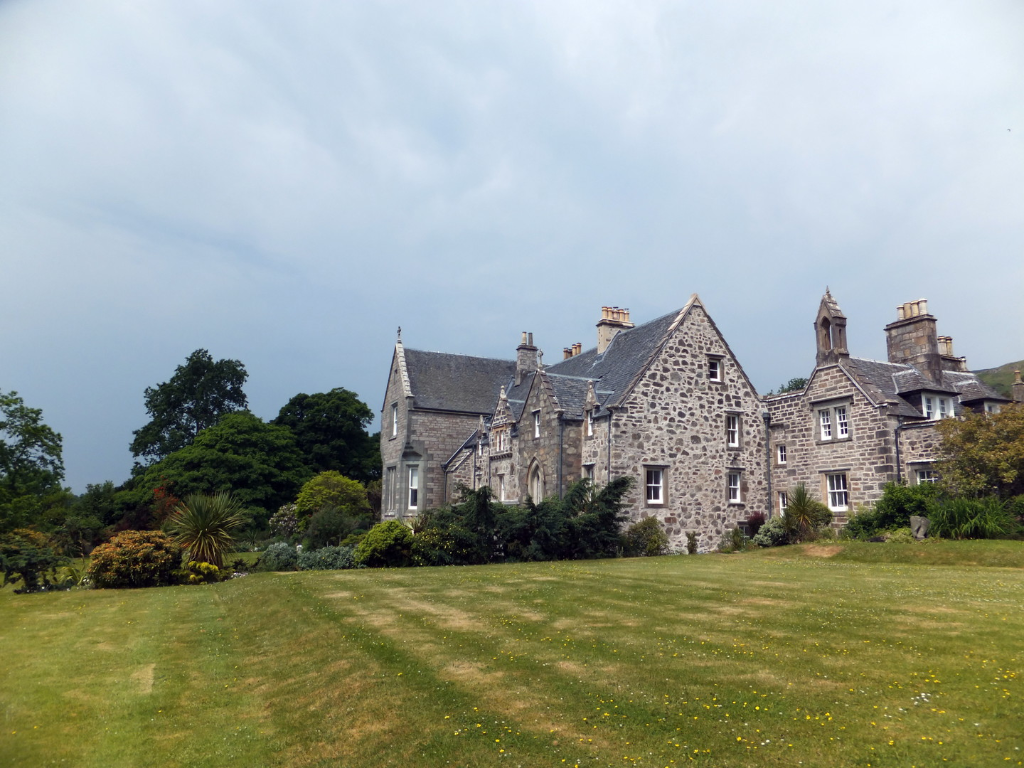 The priory ruins are said to be haunted by the ghost of a nun. She is said to have been the lover of one of the monks. She hid beneath the floor so that she could visit her lover at night, but the prior found her and had her buried alive.