Perthshire: To east of Kinross, on minor road east of B996, west side of Loch Leven, Kinross House. 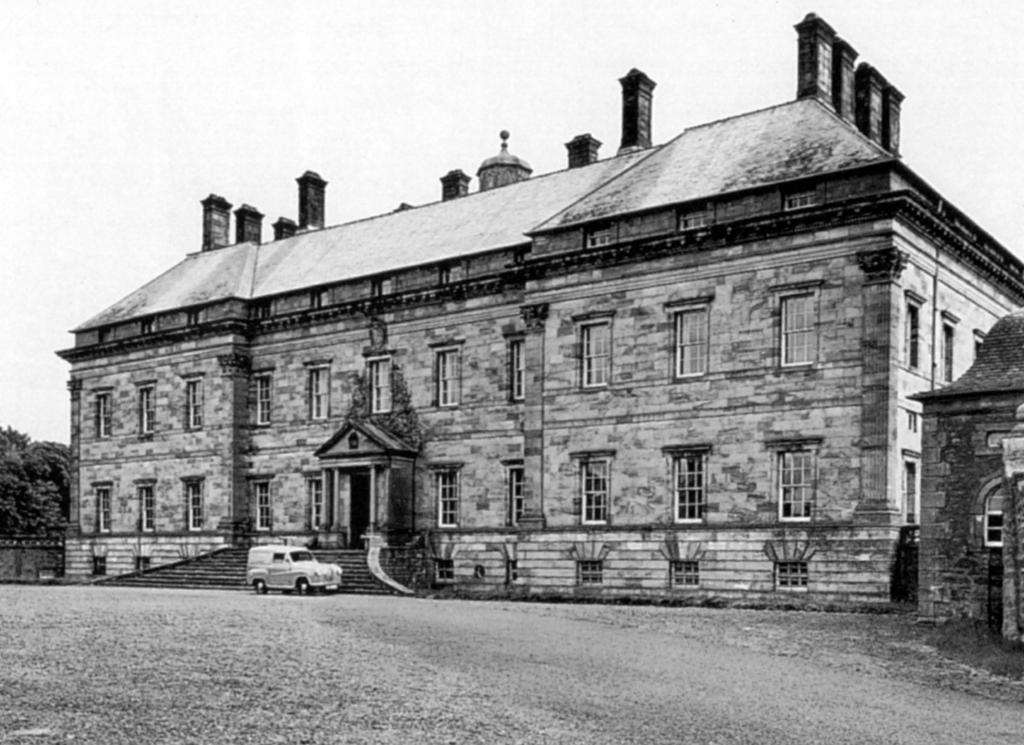 Site of L-plan tower house and courtyard, near Kinross House. The building was demolished in 1723. Standing in 100 acres of gardens and policies, Kinross House, a large symmetrical mansion of four storeys and an attic – and one of the finest examples of 17th-century architecture in Scotland – was built by Sir William Bruce, who was Royal Architect to Charles II. Bruce was also responsible for the rebuilding of the Palace of Holyroodhouse, as well as work at Thirlestane Castle, Hopetoun House and Caroline Park. There are formal walled gardens with yew hedges, roses and herbaceous borders, along with a fountain and statues, and Lochleven Castle was used as part of the designed landscape. 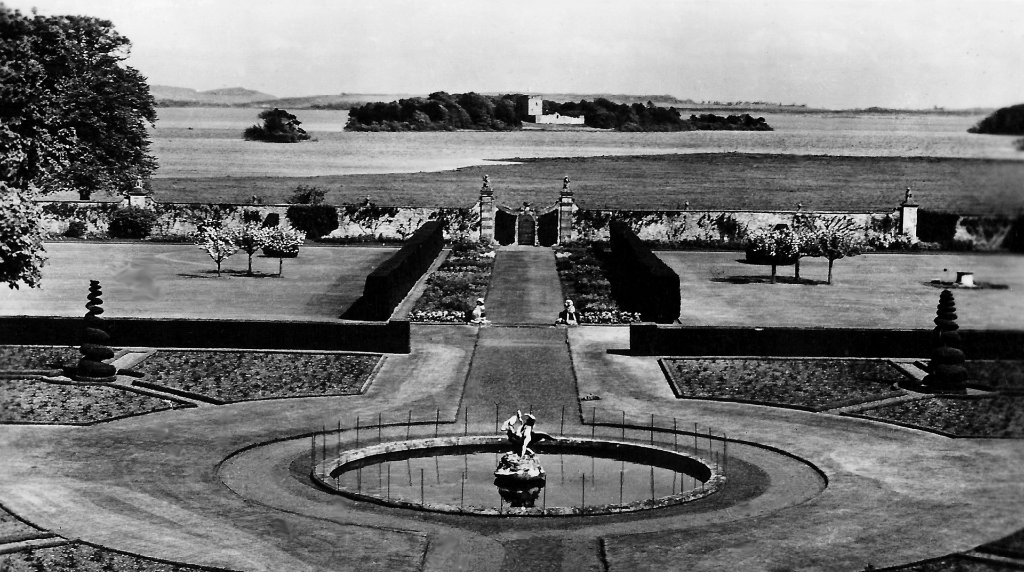 The house has a fine interior, including the Grand Salon, based on French designs of the time.
‘Keanross’ is prominently marked on Blaeu’s map of Fife.
This was a property of the Douglases in the 16th century, then of the Bruces from about 1680 and John Bruce of Kinross is on record in the 1700s. The estate was sold to the Grahams in 1777, and then went by marriage to the Montgomerys. The house was not used for most of the 19th century and lay largely unoccupied, and was held by the Montgomerys until 2011. It was then sold and refurbished.