Borders: In Kelso, on minor roads south of A698, north of River Tweed, at Kelso Abbey. 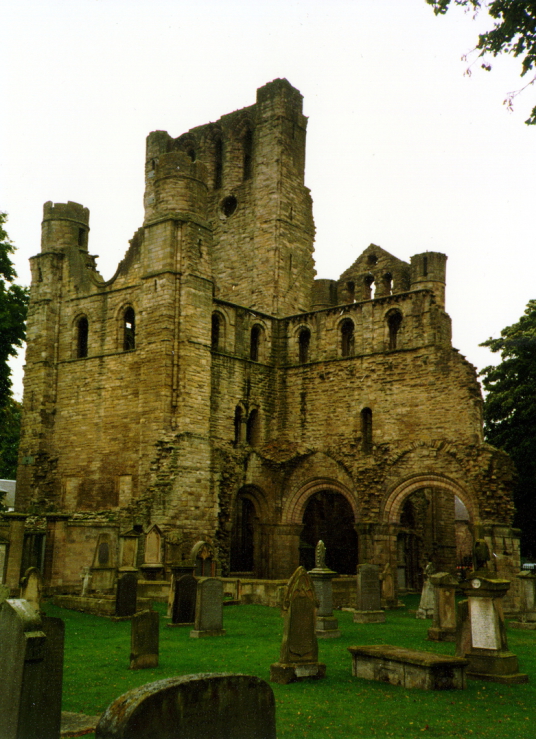 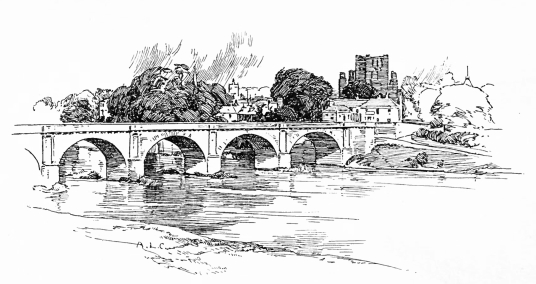 Kelso Abbey was one of the richest and largest monastic establishments in Scotland, and was apparently also built for defence as well as worship, yet it is much more ruinous and fragmentary than the other Border abbeys. This was originally founded as a Tironensian abbey of the Blessed Virgin and St John in 1113 at Selkirk by David I, but was moved here in 1138. James III was crowned at Kelso Abbey in 1460, following the death of James II at the siege of nearby Roxburgh. 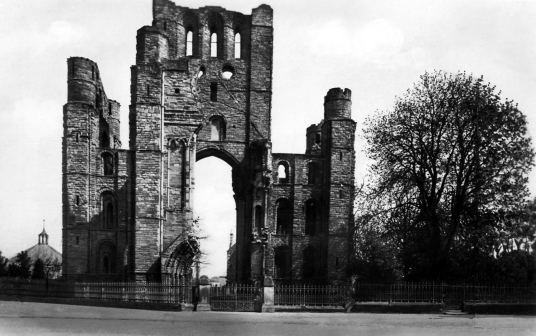 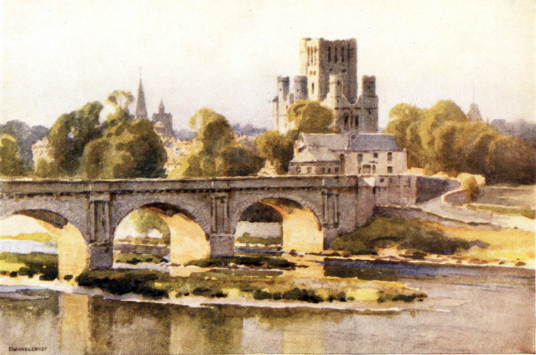 Much of the church and abbey were destroyed by the English in raids of 1544 and then in 1545. The Earl of Hertford ravaged the Borders with an army of mostly foreign mercenaries. He seized the burgh of Kelso, but the abbey was garrisoned and took refuge in the tower of the church. They held off the English army, but some of the garrison escaped by climbing down the walls with ropes, while others fought on. The remaining garrison was eventually overwhelmed, and taken prisoner before being put to the sword. 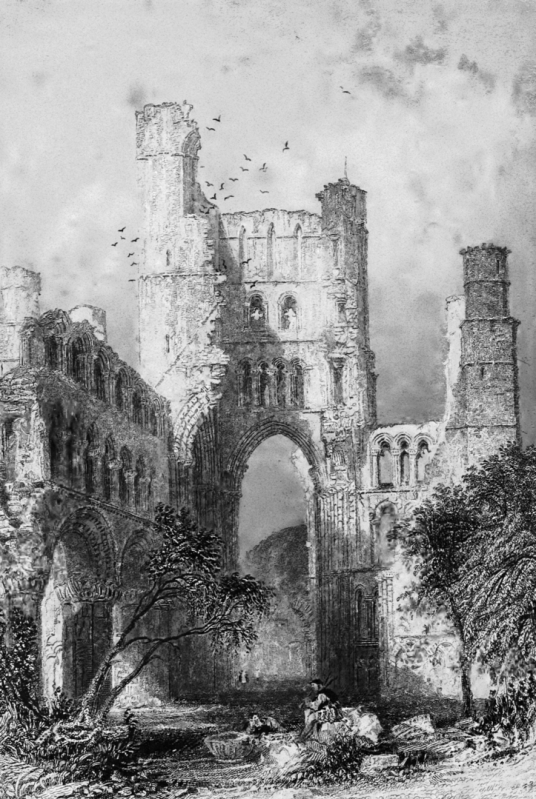 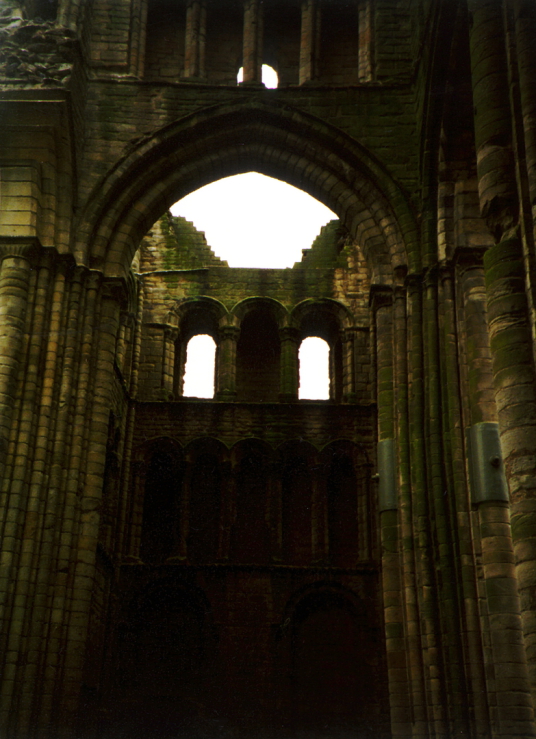 The abbey was then partly dismantled by the English, and it was dissolved in 1560, while the valuable lands and property of the abbey eventually went to the Kerrs of Cessford. They built the magnificent Floors Castle. Mary, Queen of Scots, visited in 1566. The west transept was used as the parish church and a school was established by the church, which was attended by Sir Walter Scott, but little else now remains. 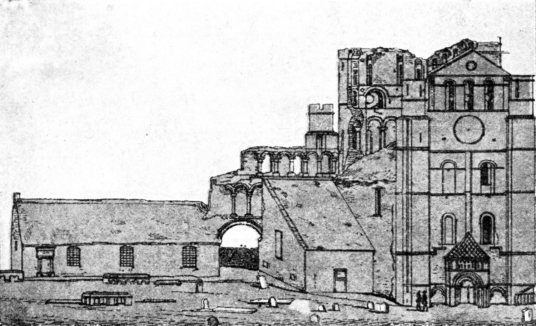 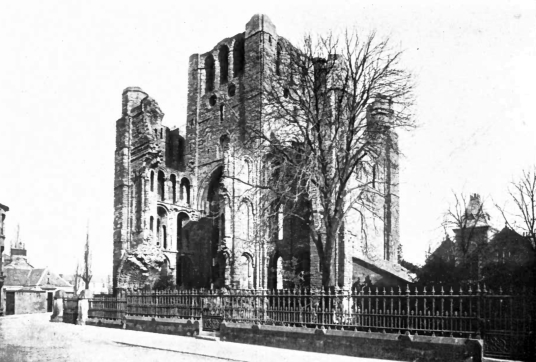 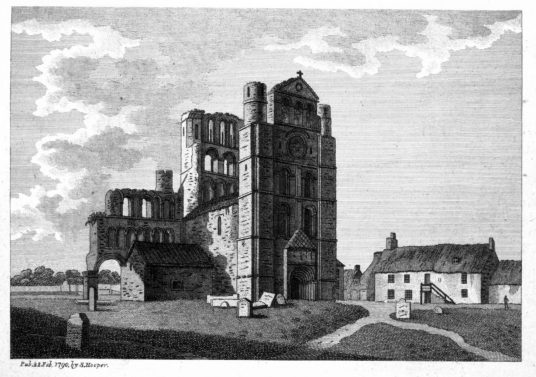 There were at least two bastle houses in the burgh of Kelso, and the burgh and abbey are marked on Blaeu’s map of Lauderdale as ‘Kailso’.
One story is that the bells were hidden in the Tweed to stop them being stolen by English raiders, and that on stormy nights and in times of trouble the bells can be heard ringing. 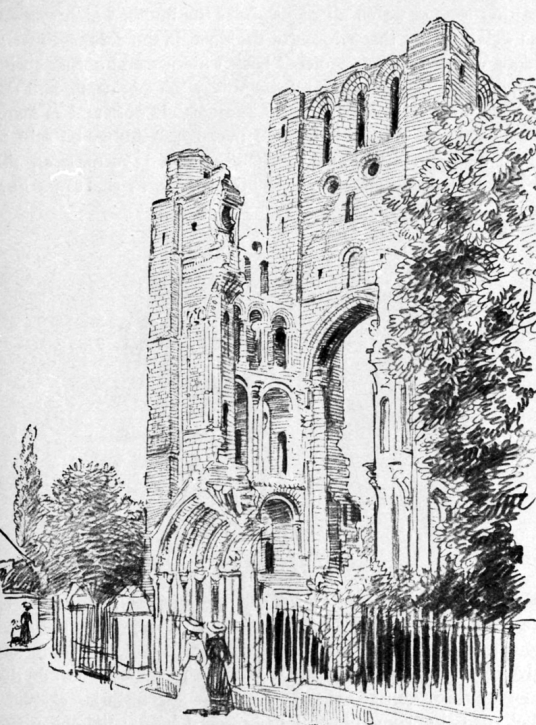 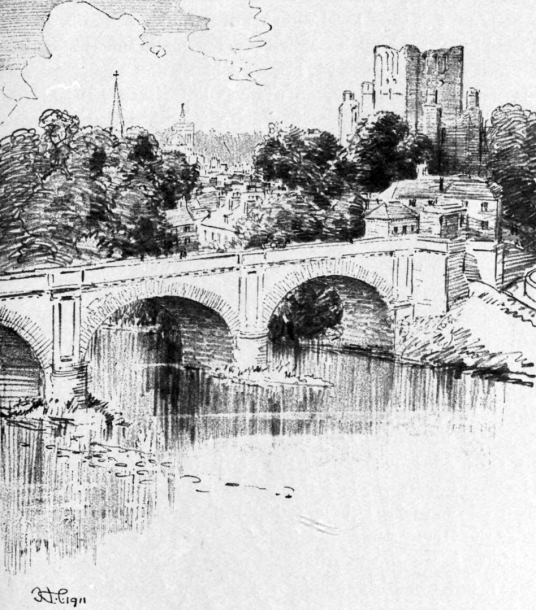 The bridge across the Tweed dates from 1800 and replaced an earlier structure that had collapsed. The bridge cost a lot to replace and consequently charged what many eventually saw as excessive tolls for years, but when the management failed to publish accounts this led to riots among the locals in 1854. The distrubances were quelled but the tolls were abolished. 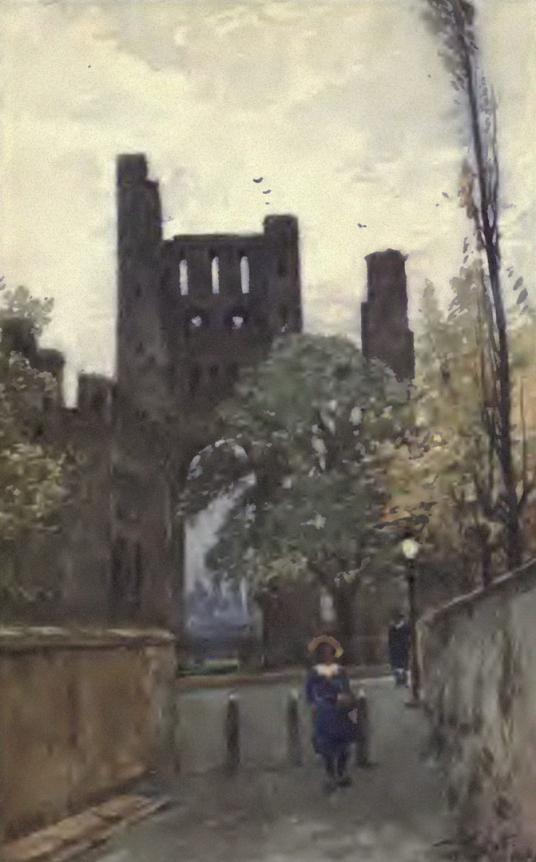