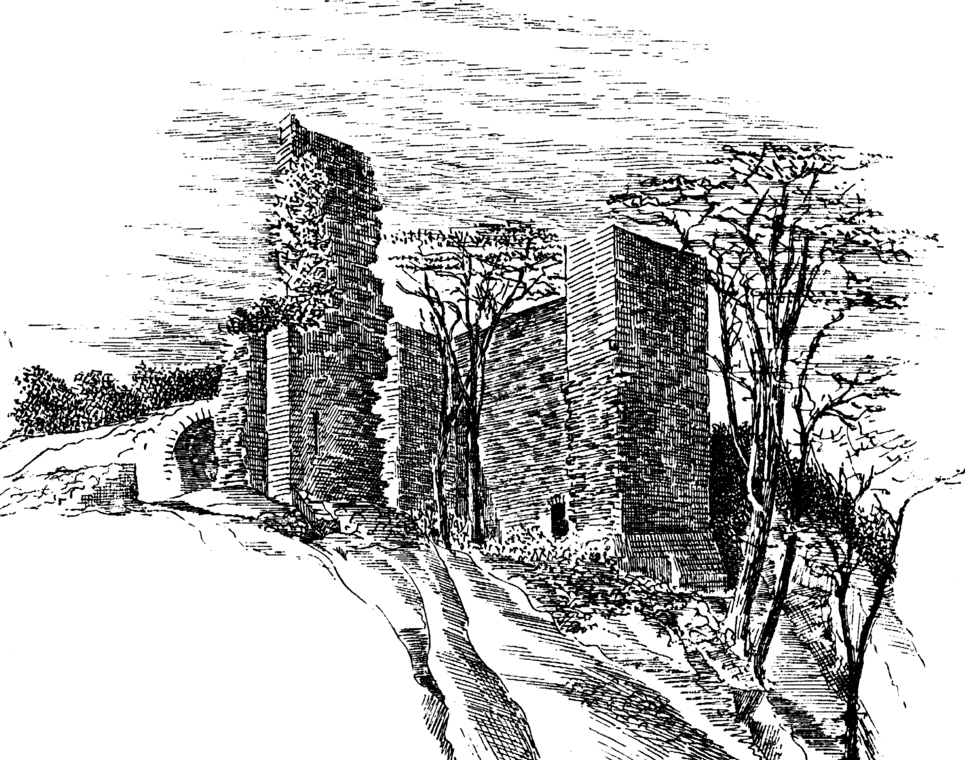 Standing on a promontory at the meeting place of two rivers, Yester Castle is a ruined 13th-century castle and tower. The original castle was triangular in plan, and defended by a ditch on the ‘landward’ side. A ruined gatehouse survives, as do parts of the curtain wall. A fine vaulted underground chamber, known as the ‘Goblin Hall’, is reached by a flight of steps. 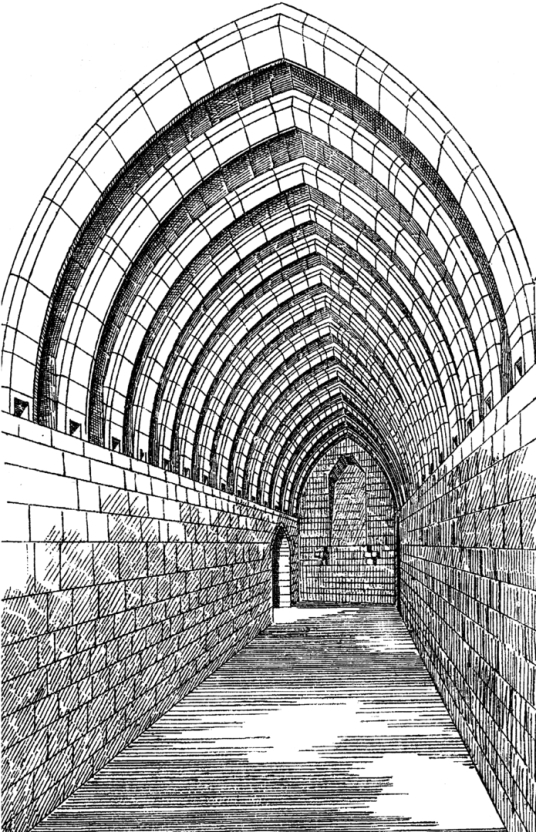 ‘Yester’ is marked on Blaeu’s map of The Lothians, then ‘Yester C.’ on Adair’s map of East Lothian, by when what is now Yester House had become the main seat of the property.
The lands were a property of the Giffords in the 12th century. Sir Hugo Gifford, who was reputedly a wizard, built the Goblin (or Hobgoblin of Bo’) Hall, according to one story with the help of magic, spirits or goblins. The Colstoun Pear was a magic pear given by Hugo to his daughter on her marriage to a Brown of Colstoun. So long as her family held and preserved the pear they would prosper. 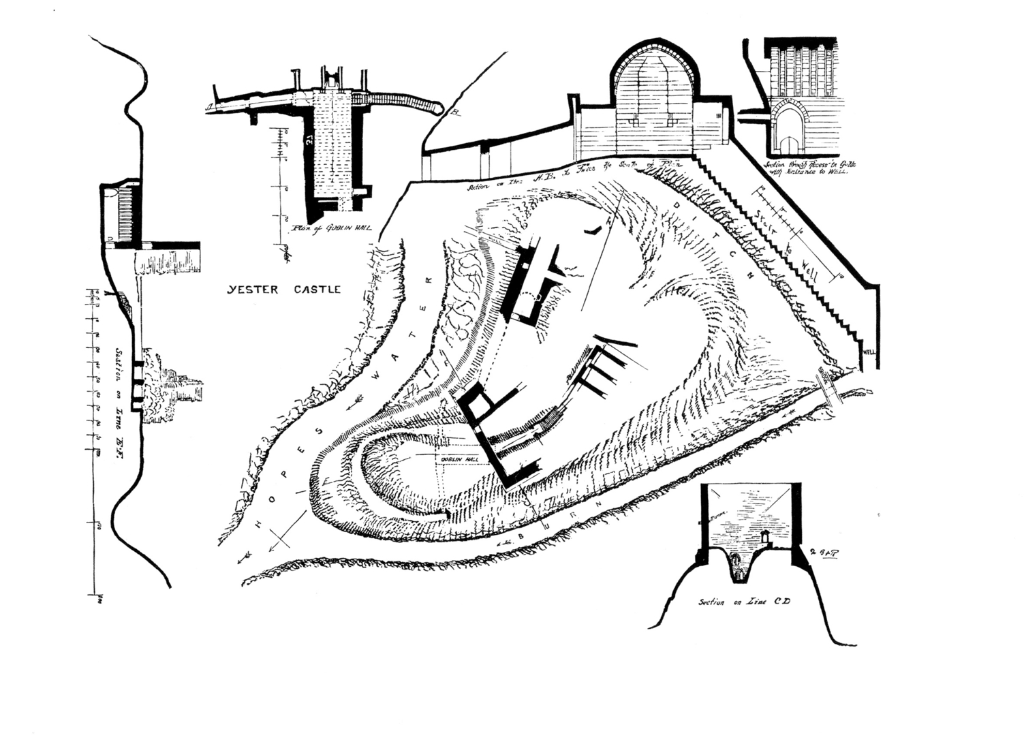 The castle was occupied by the English during the Wars of Independence until recaptured by the Scots in 1311. John Hay, 2nd Lord of Yester, was slain at the Battle of Flodden in 1513. The castle changed hands between the Scots and English in the late 1540s, the last castle in this part of Scotland to be surrendered. The castle passed by marriage to the Hays early in the 15th century, and was abandoned in the 17th or 18th century. In a ratification of 1661 in favour of John Hay, Earl of Tweeddale, the castle, tower, fortalice, manor house and mill thereof are mentioned.
John Hay, 8th Lord of Yester, was made Earl of Tweeddale in 1646, and John Hay, 2nd Earl, was Lord Chancellor of Scotland and was elevated to Marquis of Tweeddale in 1694 as well as Earl of Gifford the same year. John Hay, 2nd Marquis, supported the Act of Union and he began Yester House [NT 543672]), more than 0.5 miles way, a fine mansion dating from the 18th century, replacing the old castle.
Nearby is the collegiate church of Yester or Bothans [NT 544671], founded by William Hay in 1421 and dedicated to St Cuthbert. The building was altered into a mausoleum in the middle of the 18th century for the Hays. There was a village but this was moved early in the 18th century to Gifford.