Lanarkshire & Glasgow area: In Strathaven, just south of A71 (Stonehouse Road), just east of junction with A726 (Todshill Street), near Powmillon Burn, at Strathaven Castle. 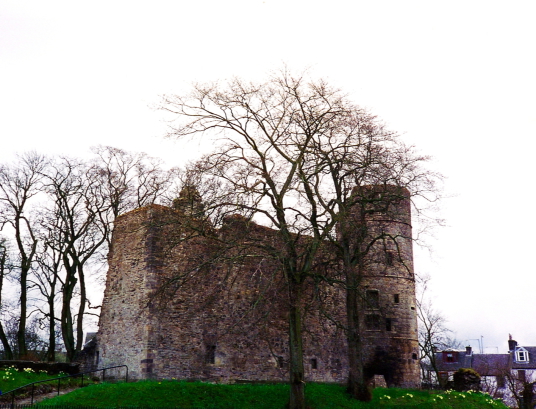 Standing on a rocky mound, Strathaven Castle (also known as Avondale) consists of a ruined 15th-century castle, with the remains of 16th-century square range and a round tower. The walls are pierced by gunports. It is described in the Statistical Account, as being ‘surrounded by a strong wall, with turrets at certain distances, and the entrance secured by a drawbridge’.
The basement of the round tower is vaulted, but the castle is very ruined. 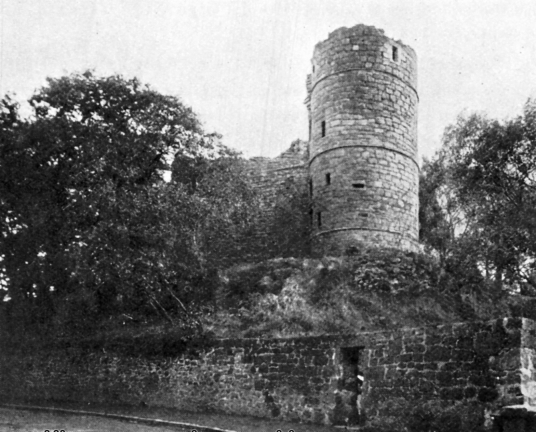 ‘Avondale Cast.’ is prominently marked on Pont’s map of Lanark, and is depicted as a massive castle or tower.
The property was held by the Bairds but they were forfeited in about 1340, then by the Sinclairs, then by the Murrays before going by marriage to the Douglases. James Douglas, ‘the Gross’, became 1st Earl of Avondale in 1437, then 7th Earl of Douglas in 1440. The castle was surrendered to James II, and sacked and probably destroyed following the fall of the Black Douglases in 1455. 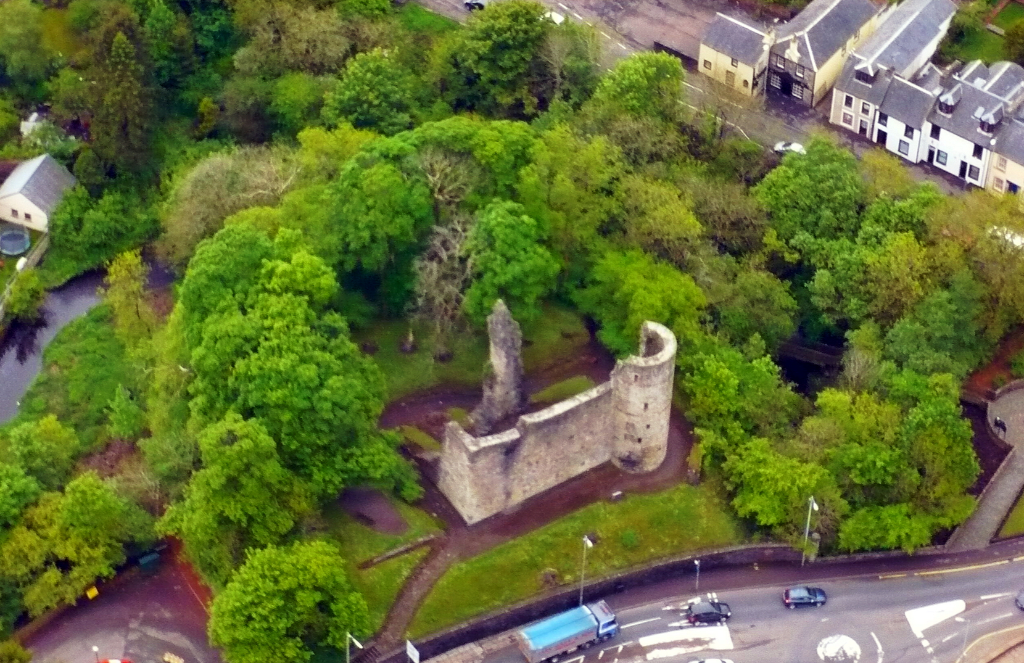 The property then passed to Andrew Stewart, Lord Avondale, (an illegitimate grandson of the Duke of Albany) in 1457, who built, or rebuilt, the castle. Stewart was Chancellor of Scotland for James III, and in 1534 his son exchanged Strathaven for Ochiltree with Sir James Hamilton of Finnart, although Hamilton was executed for treason and forfeited in 1540. Two years later, Sir James Hamilton of Avondale and Crawfordjohn, Finnart’s eldest son, had his father’s estates restored by an act of parliament. 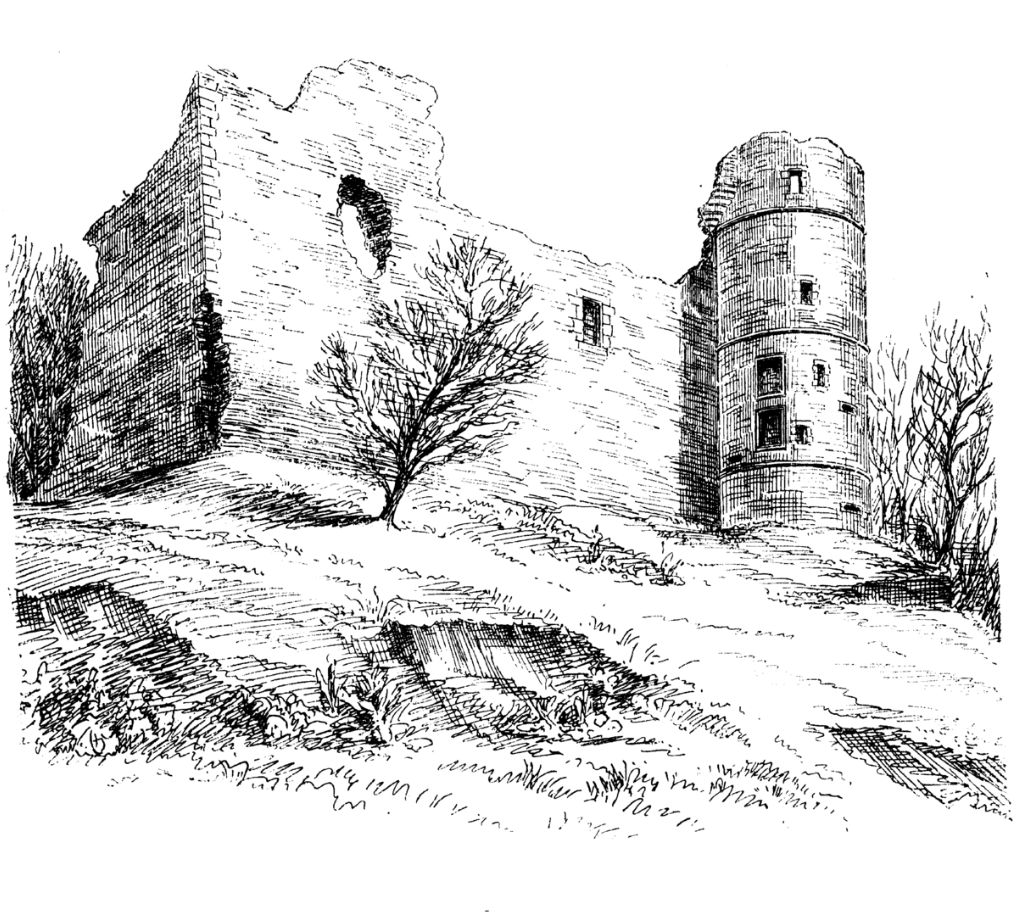 In 1617 the property was sold to the Marquis of Hamilton, and the last resident was Anne, Duchess of Hamilton, who lived there until her death in 1716. The Hamiltons then abandoned the castle and it became ruinous.
The building has been consolidated in a less than sympathetic way. 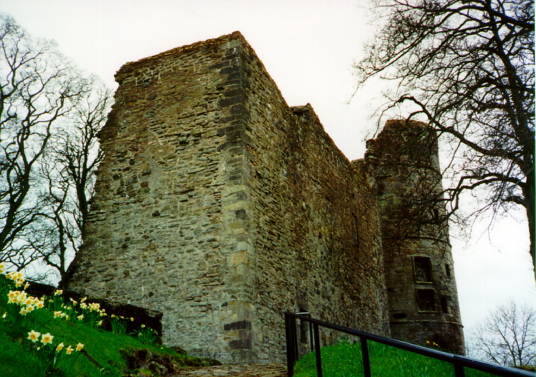 The building has been consolidated in a less than sympathetic way.
A skeleton, sealed up in one of the walls, is said to have been found when part of the castle was demolished. A plaque on the wall of the castle records the story that she was the wife of the laird who so displeased him that he had her walled up alive.
There is also said to have been an underground passageway linking the castle to places in the village and to the tower at Udstonhead.