Borders: About 5.5 miles west and south of Peebles, 2.5 miles north-east of Drumelzier, on minor roads west of B712, west of River Tweed, at Stobo Castle. 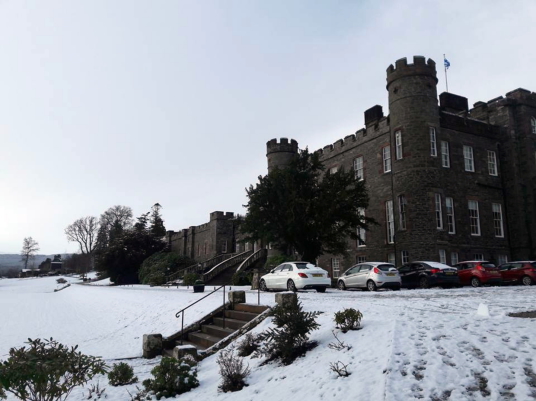 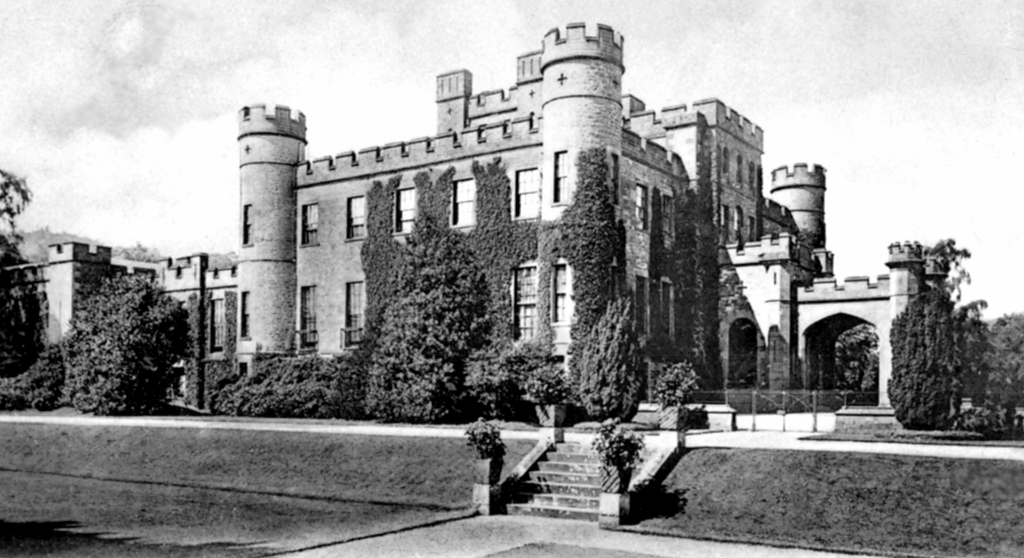 Site of tower house, known as Hillhouse. ‘W. Stobo’ is marked on Blaeu’s map of Tweeddale, while ‘Hillhouse’ is marked on Gordon's mid-17th century map of the Tweed and Clyde basins and later maps. 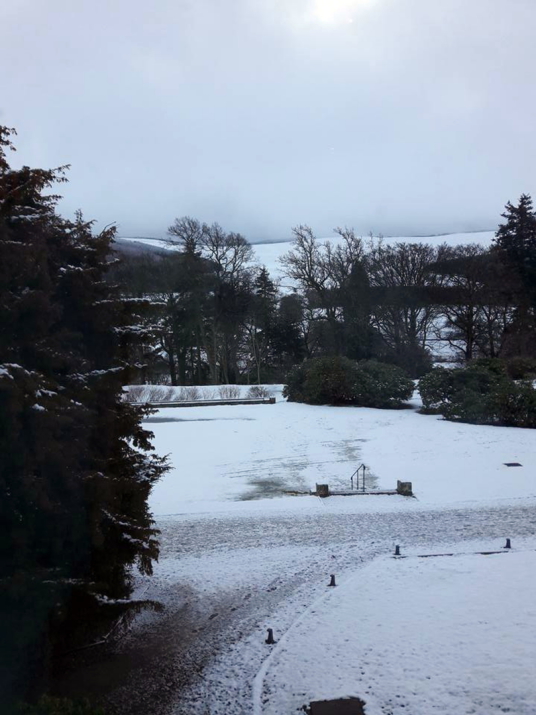 The present Stobo Castle, which was built on the site of the tower, is a castellated edifice of a main square block of two storeys over a basement and round corner towers with a taller central block and porch. The building dates from the beginning of the 19th century, then was altered in 1849 and 1907. The castle was further altered with large modern extensions, and is now used as a luxury hotel and spa. The building is in landscaped grounds with a Japanese water garden. 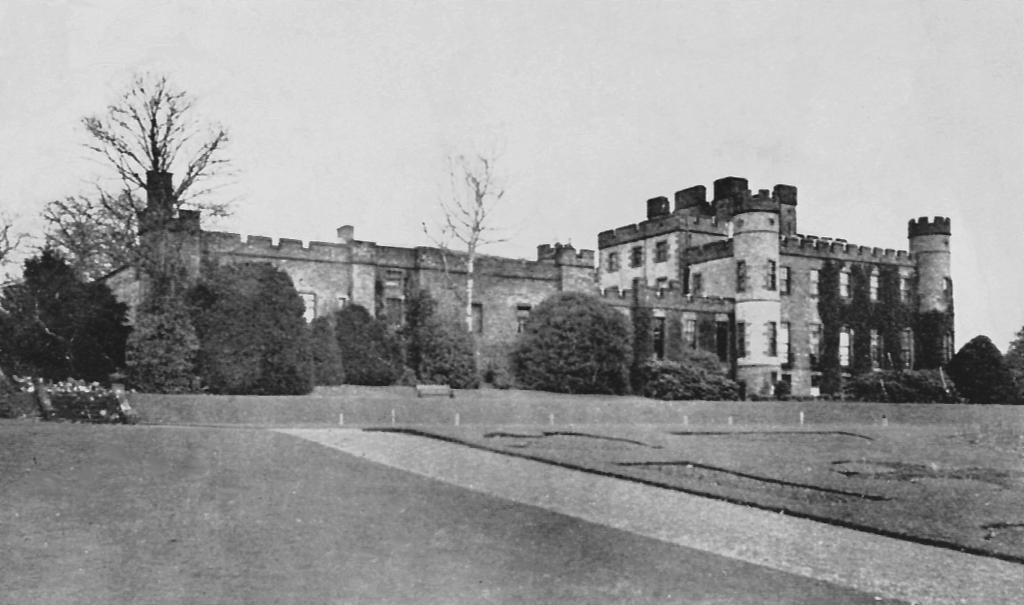 Stobo was a property of the Archbishopric of Glasgow, but passed to the Stewart Dukes of Lennox in 1541, and then to the Tweedies in 1613. Stobo was sold to John Murray of Halmyre in 1619, but apparently not to the liking of the Tweedies as they attacked him in his own house, striking him with swords, and apparently leaving him for dead. Murray, however, made it to Edinburgh where he lodged a complaint with the Privy Council.
The Murrays were Jacobites and were forfeited following the failure of the 1745-46 Rising. 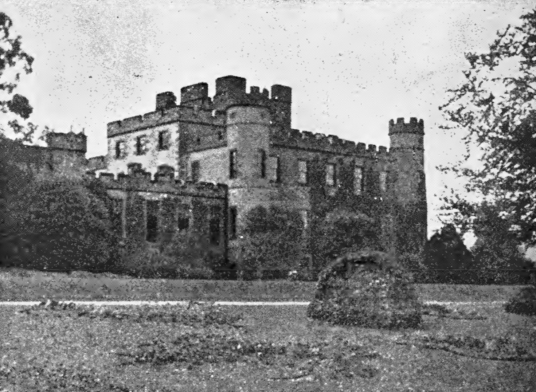 Stobo was sold in 1767 to the Montgomerys. They were made baronets in 1801, Sir James Montgomery having been Lord Advocate for Scotland in 1766. Sir Graham Montgomery was an MP for the county from 1852 until 1880, while in 1902 his son, Sir James, fell from the night express travelling to London and was killed. The estate was sold that year, although the the family continues and the baronets now apparently live in Kinross. 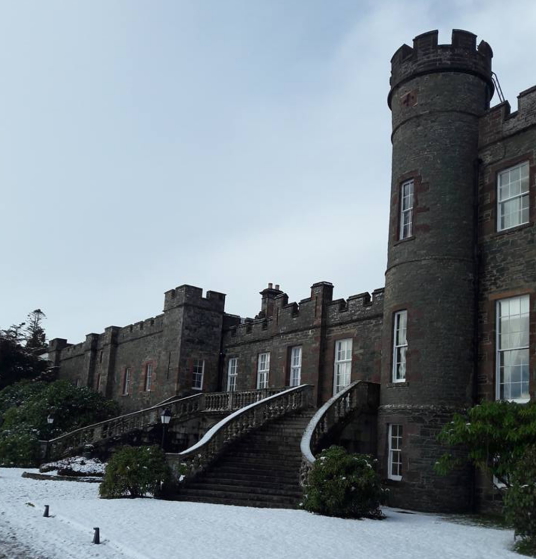 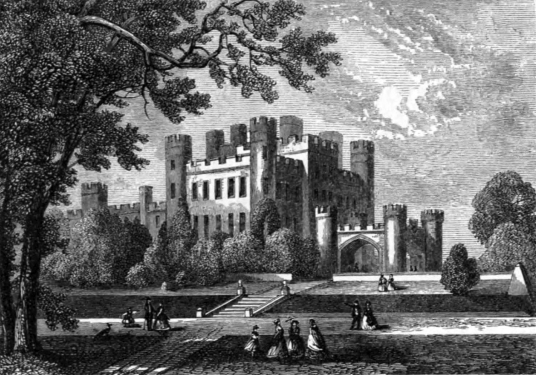 Stobo was bought by Hylton Philipson, a cricketer from England, who laid out the Japanese garden. Stobo was sold on his death, and in 1939 was purchased by Wenefryde Scott, 10th Countess of Dysart, who lived here until the mid 1960s. The estate was subsequently broken up and the contents of the house were sold off in an auction of 1972. The castle was sold in 1975 and is now a popular hotel and spa. 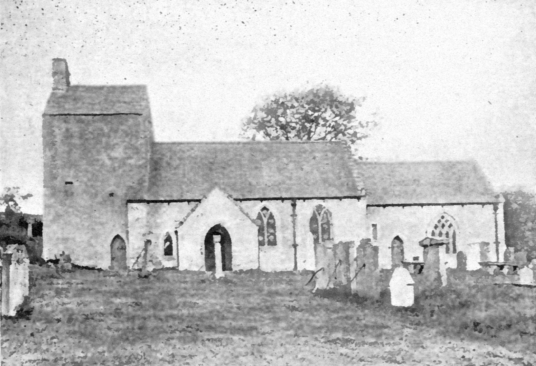 Stobo Kirk [NT 183377], dating from the 12th century and dedicated to St Mungo, was altered in the following centuries but retains much old fabric and is a fine old building. The tower houses a meeting room, formerly used as a laird's loft. 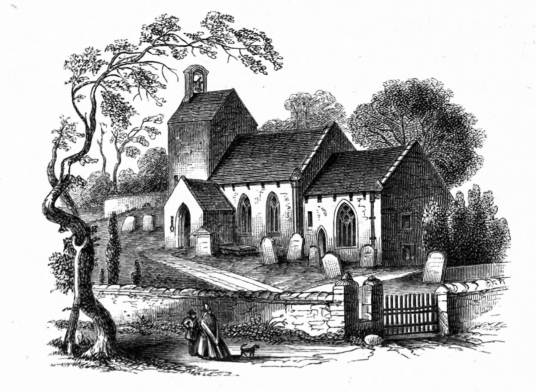 There was an older church on the site, perhaps from the 6th century, and the building was restored in 1868 by Montgomery of Stobo and then again in 1928 when the vaulted north aisle was rebuilt with arts and crafts flourishes. There are jougs, dating from the 17th century, to shackle miscreants, and some fine old carved gravstones in the cemetery, dating from the 18th century.