Lothians: About 1 mile south-west of Pencaitland, on minor roads south of A6093, east of B6371, at Fountainhall, at Penkaet Castle. 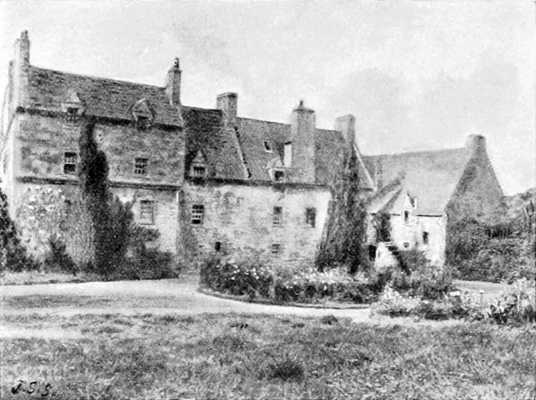 Standing in a walled garden, Penkaet Castle consists of an altered 16th-century tower house, which was extended in the 17th century. It consists of a very long main block of two storeys and a garret, with small projecting wings at both ends. A round stair-tower stands in the centre of one side. The east wing is dated 1628.
The basement is not vaulted, and the hall was on the first floor, with private chambers above. Original wood panelling remains.
‘Woodhead’ is marked on Blaeu’s map of The Lothians, while ‘Fountanhal’ is marked on Adair’s map of East Lothian, depicted in wooded policies and what appears to be a formal garden. 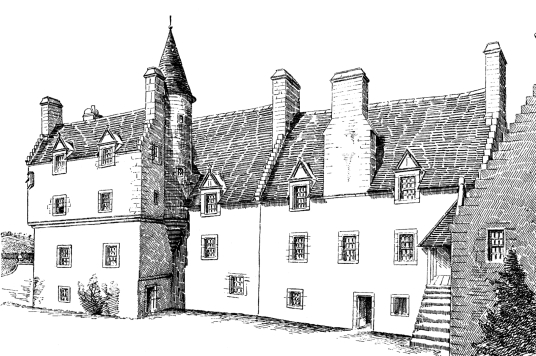 There are two ruinous doocots, one dating from the 17th century.
This was originally a property of the Maxwells, but passed to the Cockburns, then to the Pringles in 1636. The name was changed to Fountainhall, after it was sold in 1685 to the Lauders, one of whom was Sir John Lauder, Lord Fountainhall, a lawyer who collected historical and legal documents. The family were made baronets in 1690 and held the property until 1922, when it was sold to the Holbourn family. In recent years the name has been changed to Penkaet Castle. The Dick-Lauders, baronets, now live in Australia. 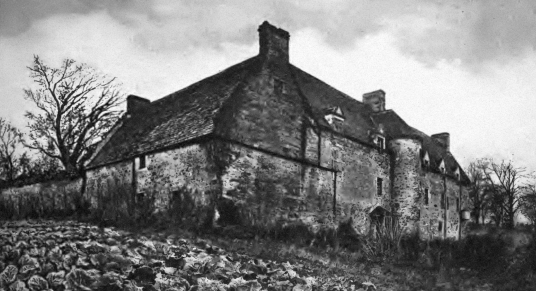 The castle is reputedly haunted by several ghosts.
One is said to be the spectre of Alexander Hamilton. He was a beggar, who was accused of witchcraft after cursing the lady of the house and her eldest daughter. They both died from a mysterious illness, after they had thrown Hamilton off their property. He was executed in Edinburgh, and his ghost is said to have been witnessed near the castle. Also see Manderston.
Another is reported to manifest itself by banging doors, footsteps and other noises, and moving furniture. It may be the spirit of John Cockburn, who had apparently committed – or been the victim of – a murder.
Manifestations were reported in the 20th century – the house was investigated in the 1920s, when many unexplained noises and events were recorded, although the investigation was not as thorough as it could have been…