Angus & Dundee: About 3.5 miles east and north of Dundee, just south of A92 at junction with B978, in West Ferry area of Dundee, at Claypotts Castle. 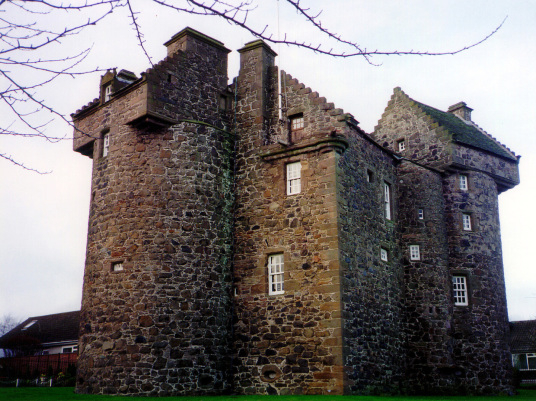 An unusual and impressive building, Claypotts Castle is a well-preserved Z-plan tower house. It consists of a rectangular main block of three storeys and a garret, and two large round towers, crowned with square gabled chambers, at opposite corners. Two smaller stair towers rise in two of the re-entrant angles between the main block and round towers. The walls are pierced by gunloops and shot-holes, and the tower has corbiestepped gables. The tower has its original timber roof. 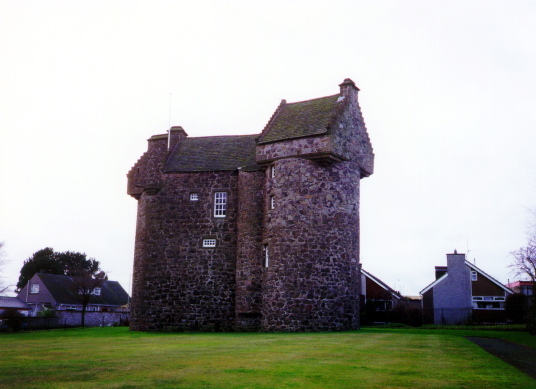 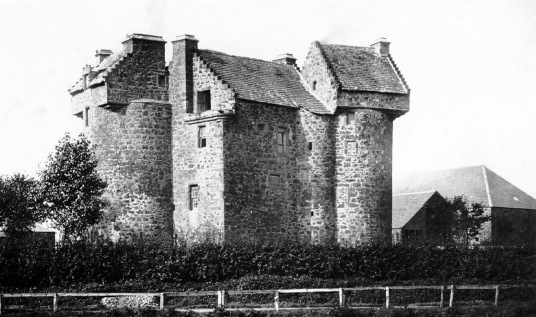 The basement contains a kitchen and three cellars. The hall is on the first floor of the main block, with single chambers above, and the round towers contain eight private chambers. One tower carries the date 1569, and the other 1588 with the initials of John Strachan.

‘Claypots’ is marked on Pont’s map of Perthshire and Angus, and is shown as a tower house of four storeys. There are fine views from the top of the tower. 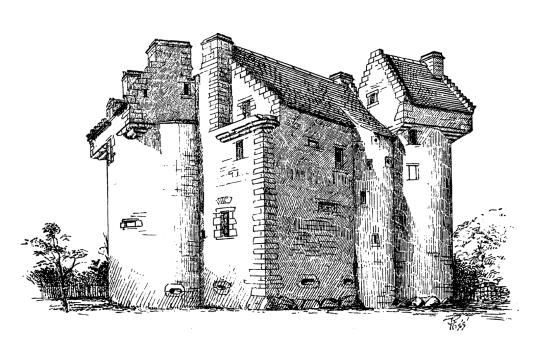 The lands passed from the Abbey of Lindores, who held them from the 13th century or earlier, to the Strachans about 1560 (who had previously been tenants), and the castle was started soon afterwards by John Strachan of Claypotts. It was sold to the Grahams soon after John’s death in 1593.

One of the family was John Graham of Claverhouse, Viscount Dundee, also known as ‘Bloody Clavers’ for his persecution of Covenanters in Galloway, and ‘Bonnie Dundee’ after his death at the Jacobite victory over the forces of William and Mary at the Battle of Killiecrankie in 1689. He never actually stayed at Claypotts, and his lands were forfeited in 1694 and went to the Douglas Marquis and the Duke of Douglas, then later by marriage to the Earls of Home. In the 19th century the castle was used to house farm labourers. 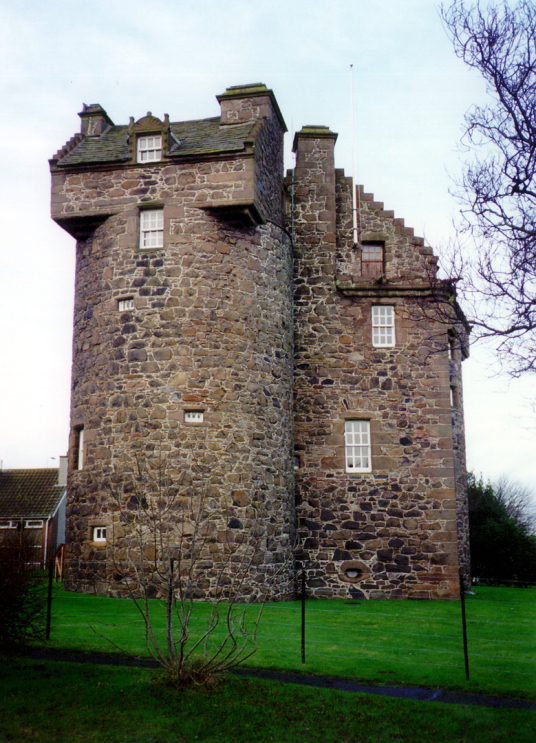 Claypotts is said to be haunted by a ‘White Lady’. One tale is that she is the ghost of Marion Ogilvie, mistress of Cardinal David Beaton who was murdered in 1546. She is said to be seen at one of the windows on the 29 May each year: the date of Beaton’s death. It seems more likely, however, that she lived at Melgund Castle, as there was apparently no castle here in 1546. The building is also said by some to be haunted by John Graham of Claverhouse, Bloody Clavers, mentioned above, although this is somewhat unlikely bearing in mind he apparently never even visited…

Claypotts is also said to have had a brownie, although this left because of a lazy servant.