Borders: About 0.5 miles west of Gordon, just north of lay-by on A6105, at Greenknowe Tower. 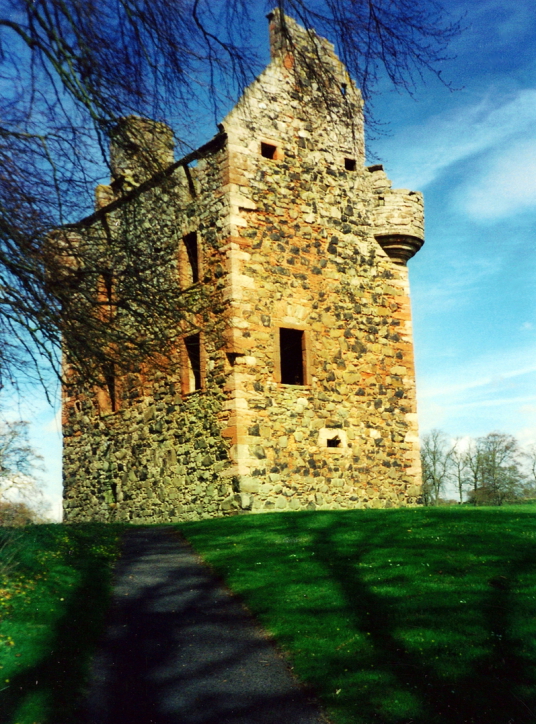 Built for comfort as well as for defence, Greenknowe (or West Gordon) Tower is a 16th-century L-plan tower house, although it incorporates older work. It consists of a main block of four storeys and a higher wing. Three of the corners had bartizans, and the walls are pierced by gunloops. The castle is dated 1581, and there are the mongrams of James Seton and Jane Edmonstone over the entrance. 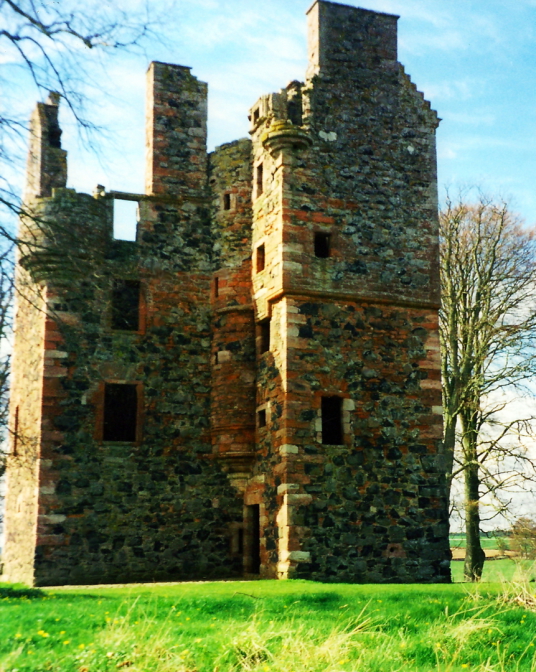 The entrance, in the re-entrant angle, still has an iron yett. It leads to the main turnpike stair to the hall above, and into the vaulted basement which contains the kitchen with an arched fireplace. The hall has a wide decorated fireplace. The private chambers on the floors above of both the wing and main block were reached by a turnpike stair in the re-entrant angle. 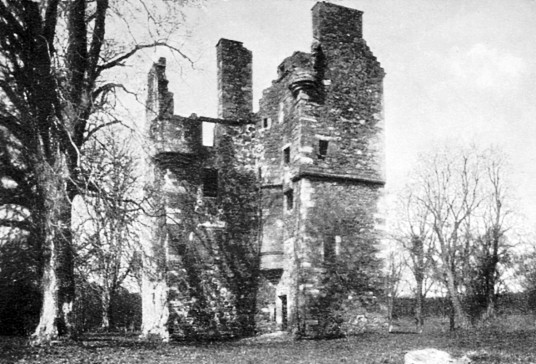 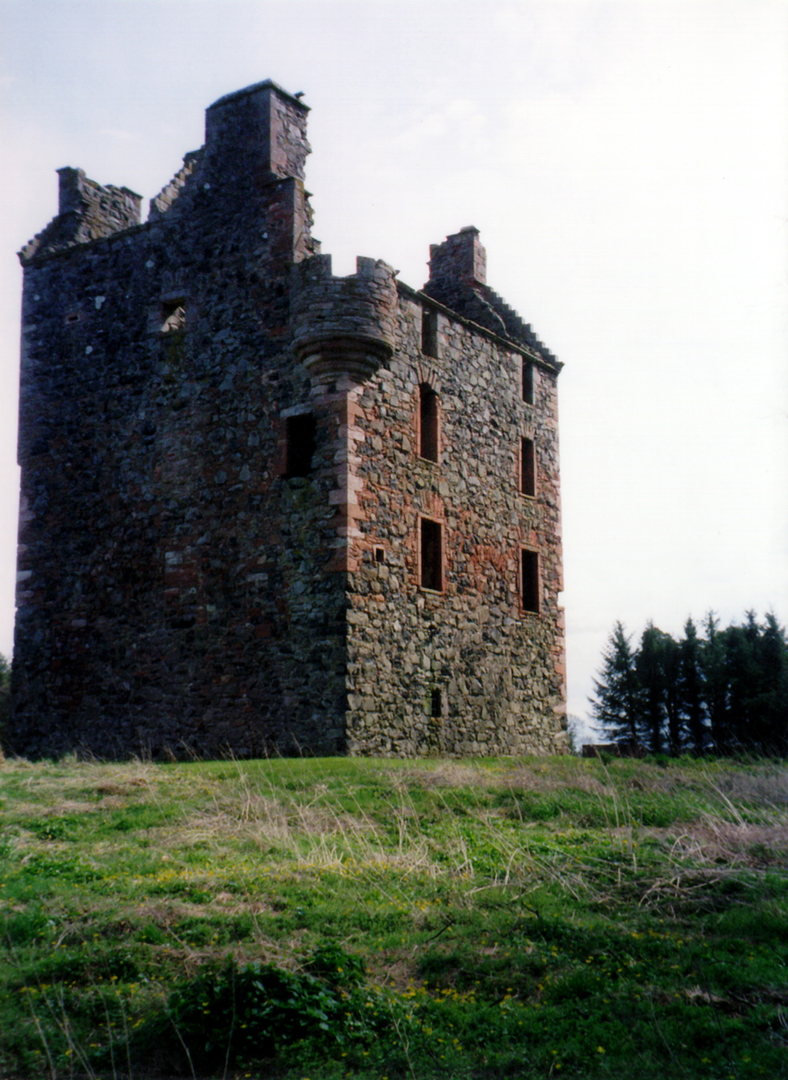 ‘W. Gordounn’ is marked on Blaeu’s map of The Merse. 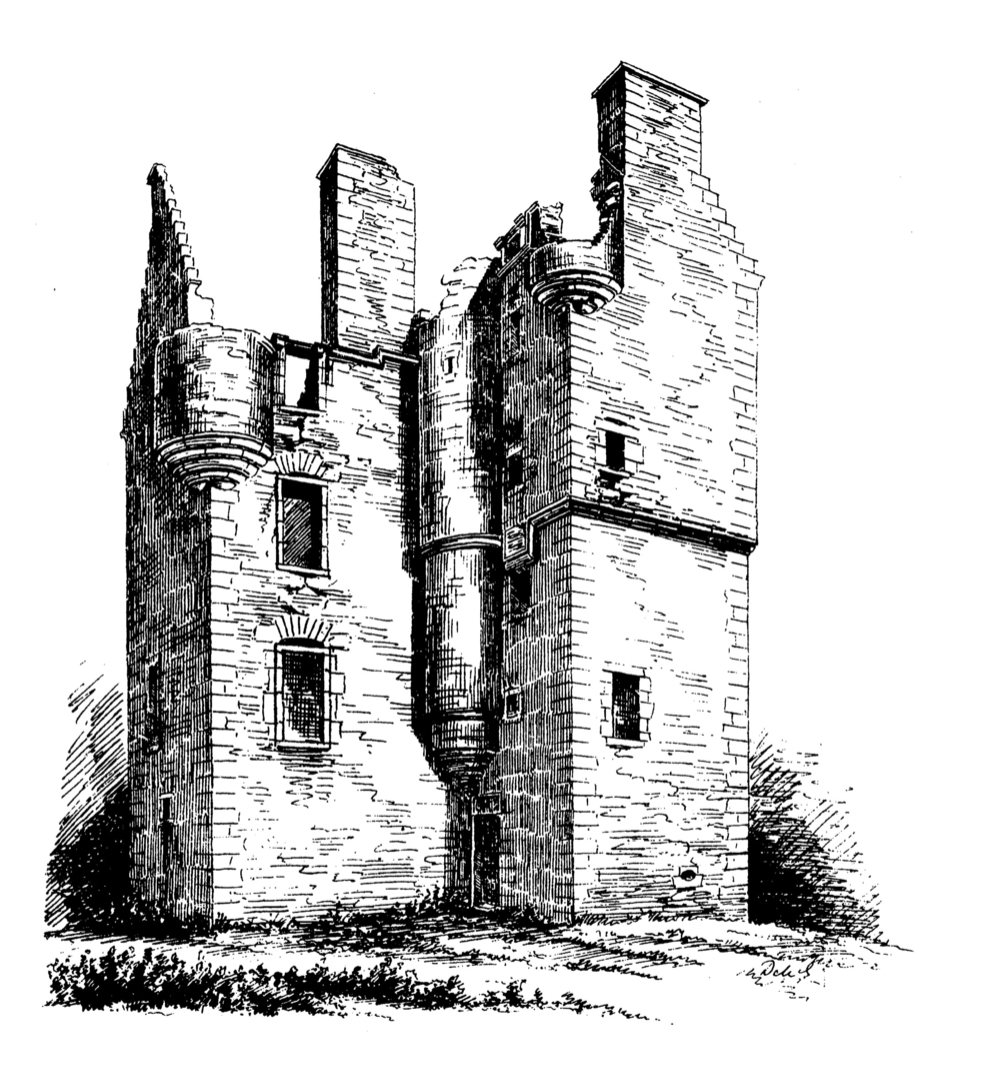 Greenknowe passed by marriage from the Gordons to the Setons of Touch, who built the castle or rebuilt an earlier stronghold. In the 17th century the property was acquired by the Pringles of Stichill, and in 1649 Robert Pringle of Stichill had a ratification which mentions the tower, fortalice and manor place called Greenknow. One of the family was Walter Pringle, a noted writer and Covenanter. 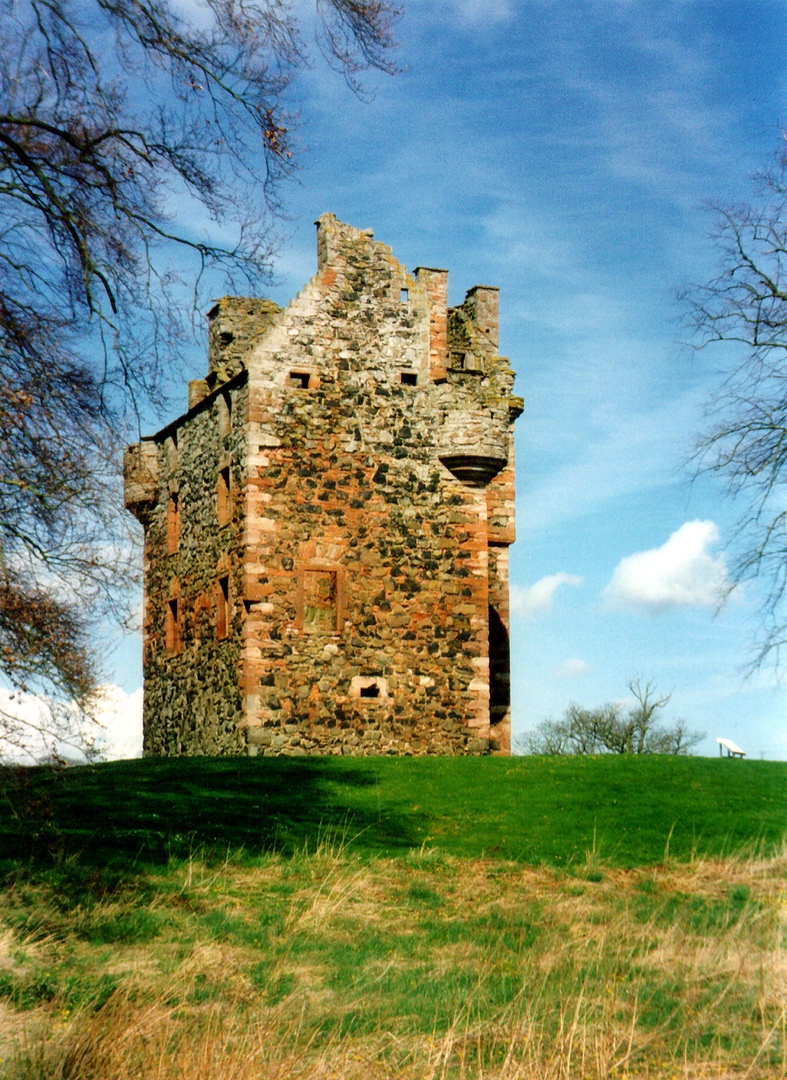 Greenknowe later passed to the Dalrymples, who occupied the tower until the middle of the 19th century, and there are some impressive old trees around the building. The tower was put into the care of the State in 1937.