OPEN: Church: opening is not clear. 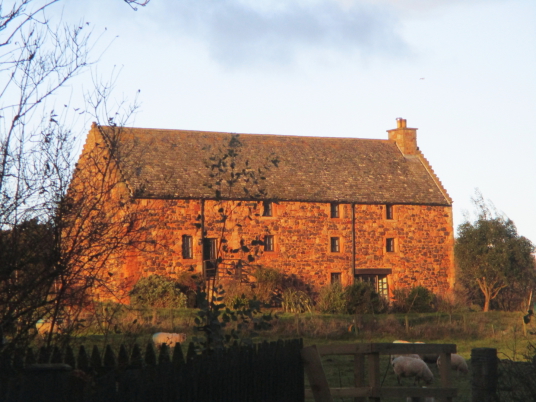 In a scenic location by the handsome church, the building consists of a much-altered 16th-century tower house, which was remodelled and extended in the 17th century, perhaps from a titthe barn, perhaps out of a pilgrims' hostel. 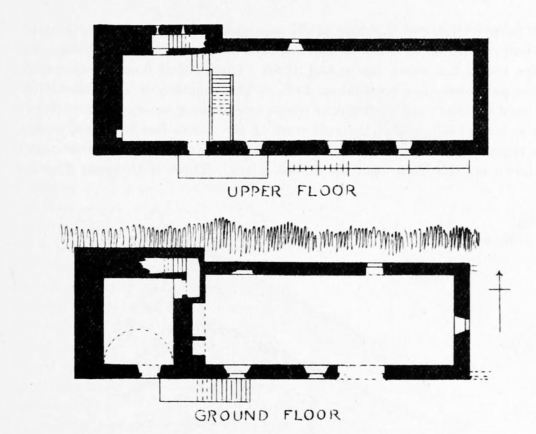 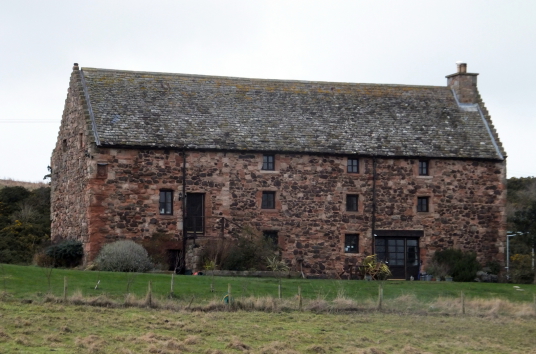 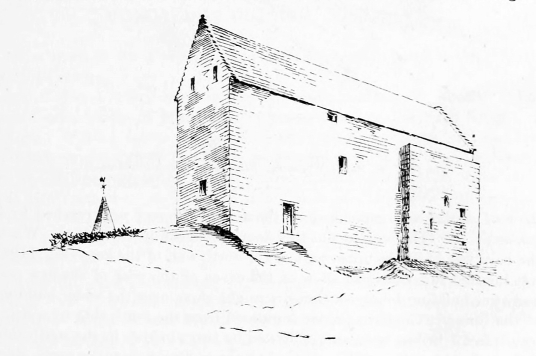 The tower rose to three storeys and has a vaulted basement, but has been much altered. It is not clear why this has been identified as a tithe barn, especially why Whitekirk would need such a dedicated sturcture, as at Foulden. The building being remodelled from a pilgrims' hostel would make it far more interesting…

‘Whytkirk’ is marked on Blaeu’s map of The Lothians, then on Adair’s map of East Lothian. 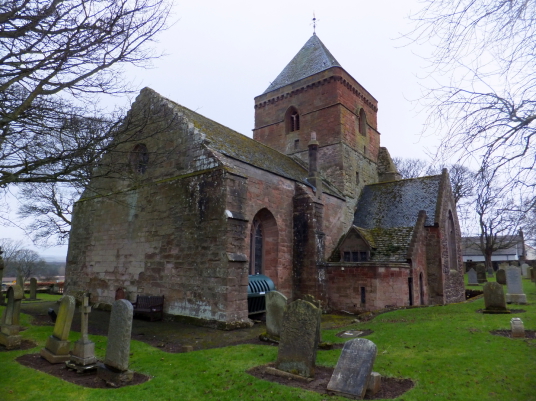 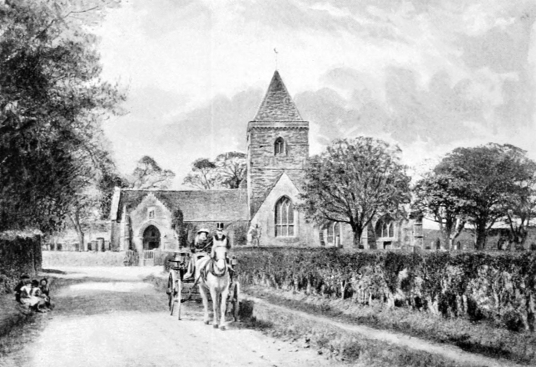 Whitekirk was a place of pilgrimage in the Middle Ages. It may have been founded around 1295 after Agnes, Countess of Dunbar, was healed at a nearby well [NT 598817]. The number of miracles which occurred at the well was so great that a shrine was built in 1309 and dedicated to St Mary. 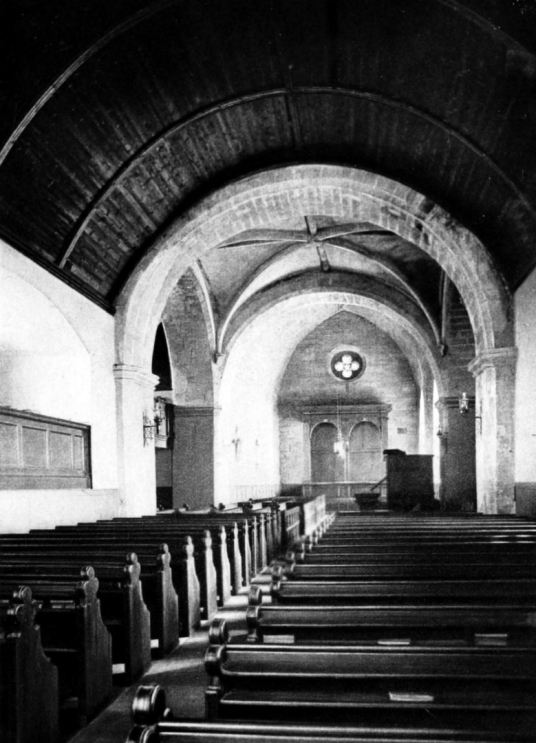 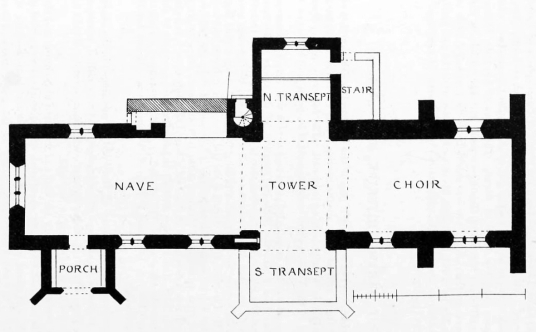 The place was visited by Aeneas Sylvius Piccolomini (later Pope Pious II) in 1435 who, after being saved from a storm, walked barefoot over snow-covered ground to Whitekirk from Dunbar, and suffered from rheumatism for the rest of his life. A fresco in the chapter house of Sienna Cathedral records his visit. In 1439 Adam Hepburn of Hailes rebuilt the church with stone vaults. 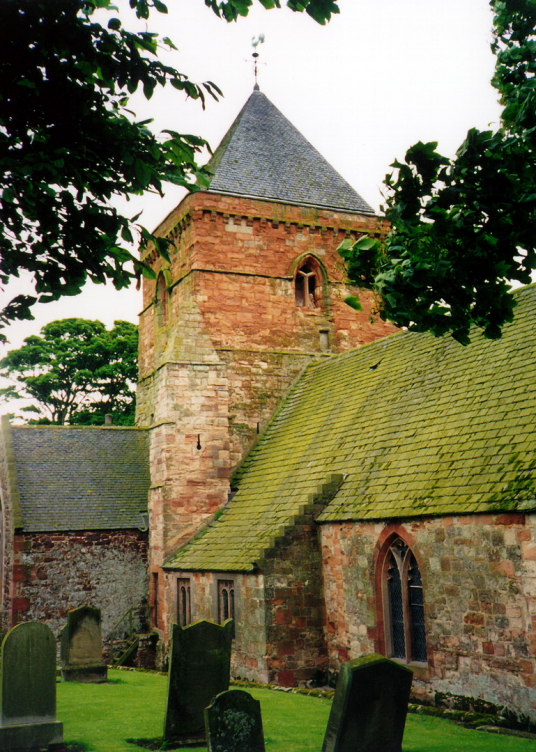 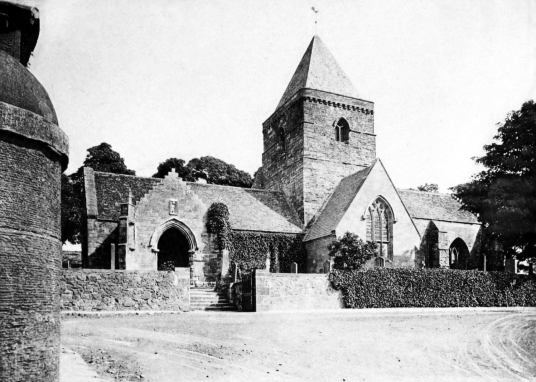 There were so many pilgrims around the beginning of the 15th century that James I placed it under his personal protection and had pilgrims’ hostels built to house visitors. James IV also visited Whitekirk. 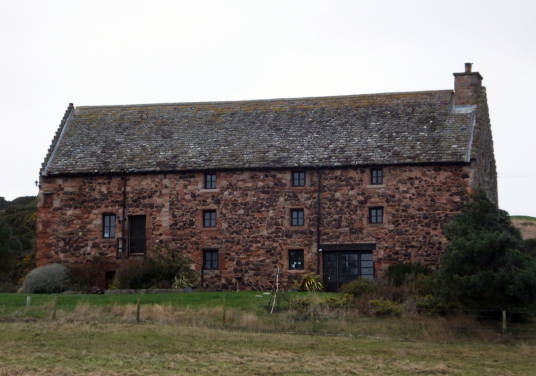 In 1537 James V granted the hostels to his favourite, Oliver Sinclair, who demolished them (there may be some remains) and built a tower house with the stone. Sinclair was keeper of nearby Tantallon Castle. Most accounts have Sinclair going on to lead the Scottish army to humiliating defeat at the Battle of Solway Moss in 1542 – soon after which James V died, reputedly of a broken heart, and Sinclair was captured by the English, although soon ransomed. The tower was burnt by the Earl of Hertford in 1544, and again in 1548. It is thought that Sinclair died himself, much reduced in circumstances, in the 1570s. 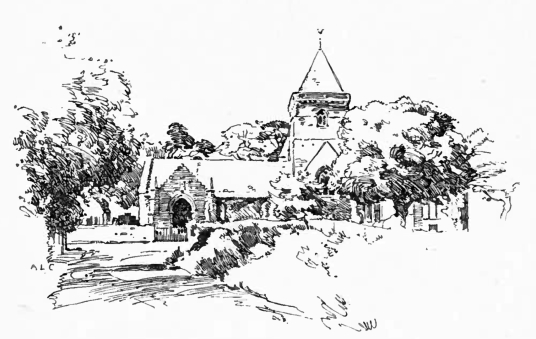 The property was acquired by the Bairds of Newbyth in the first quarter of the 17th century. The building has been restored as a dwelling, and was on the market in 2015 for offers over £585,000.

The holy well dried up around 1830, and its location is not certain. 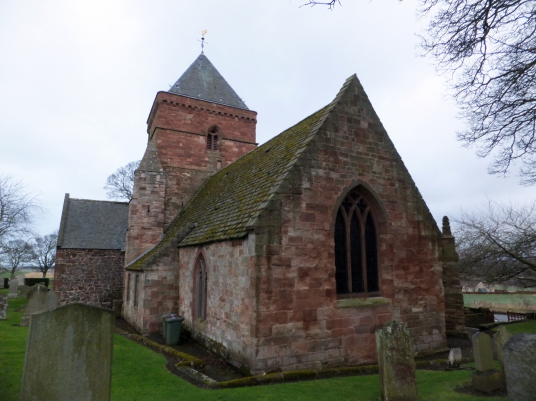 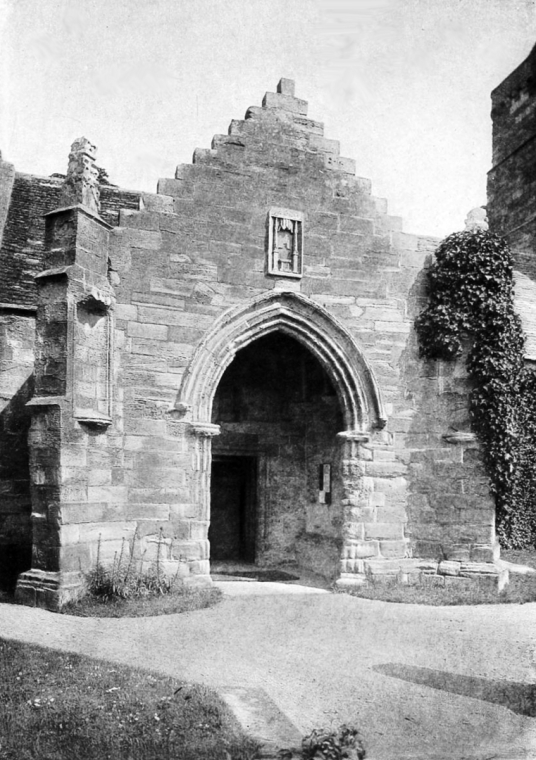 The existing attractive church at Whitekirk [NT 596815] is largely 15th century, although parts date from the 12th century: despite being called Whitekirk the walls are built of red sandstone (presumably it was whitewashed). Although the church survived attacks by English armies, including Cromwell’s troops stabling their horses in the church, and restoration in 1885, it was burned by suffragettes in 1914. The church was restored by Sir Robert Lorimer, and is a fine building, cruciform in plan with a large central tower. There is an interesting burial ground from where the tower can be viewed. 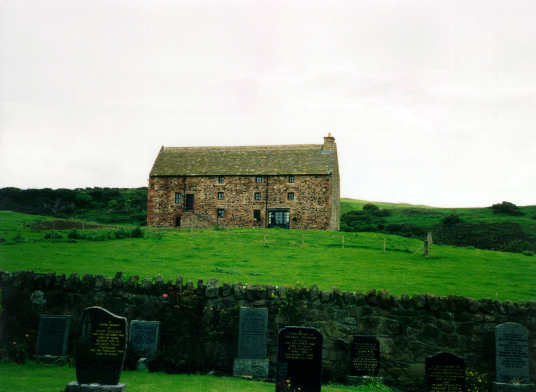