Redhouse Castle is an impressive ruinous tower house and courtyard, held by the Laings and then by the Hamiltons, near Longniddry in East Lothian, and by a garden centre and cafe. 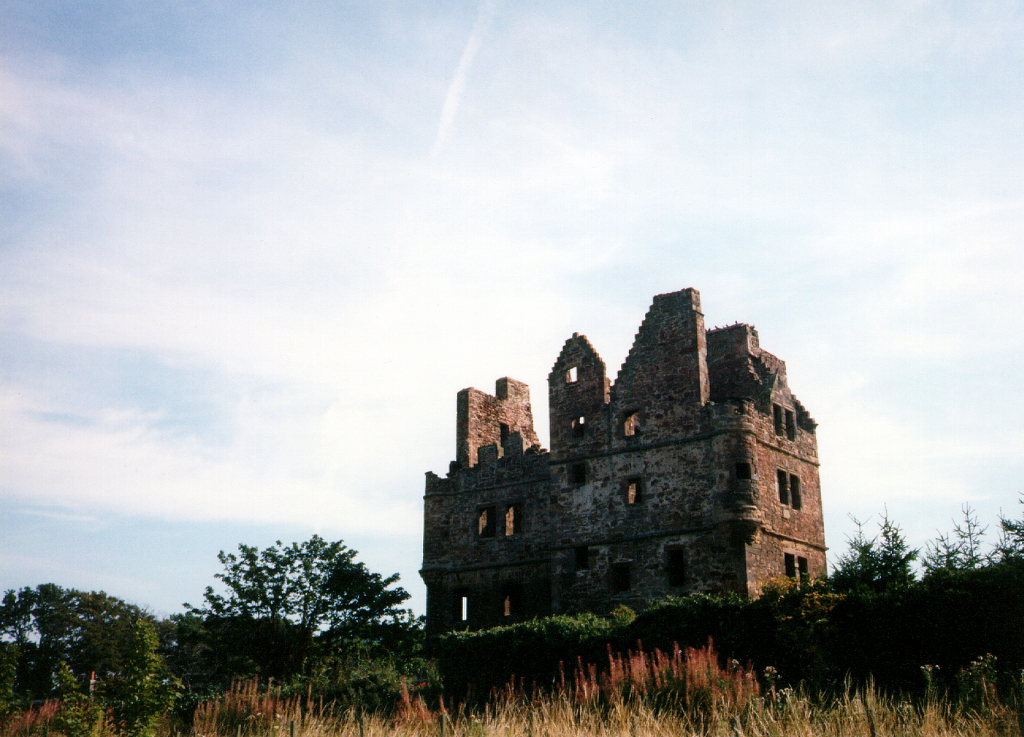 Lothians: About 1.5 miles south of Aberlady, just south of B1377 between Longniddry and Ballencrieff, west of Spittal, north of railway line, at Redhouse Castle. 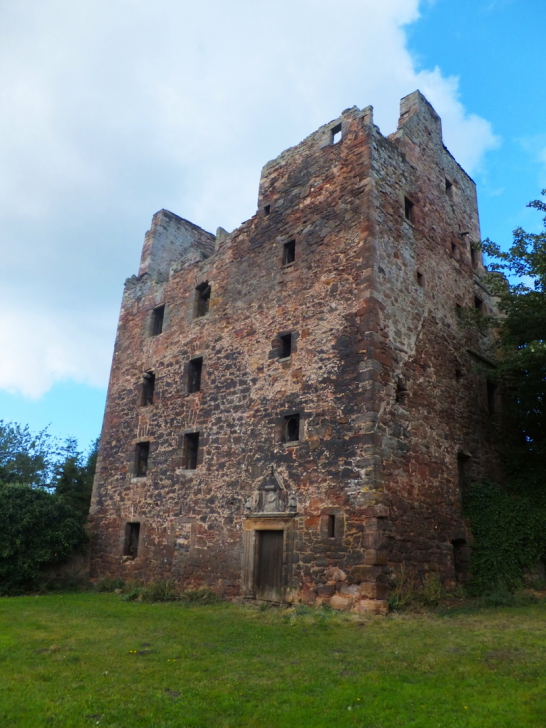 An imposing and extensive ruin, Redhouse Castle is an altered 16th-century courtyard castle. It consists of a rectangular courtyard enclosing an impressive four-storey tower house, and ranges of buildings with vaulted cellars. The entrance is through a wide gateway. The lands were also known as East Spittal or Easter Redspittal, and alternative spellings include Reidhouse and Ridehouse. 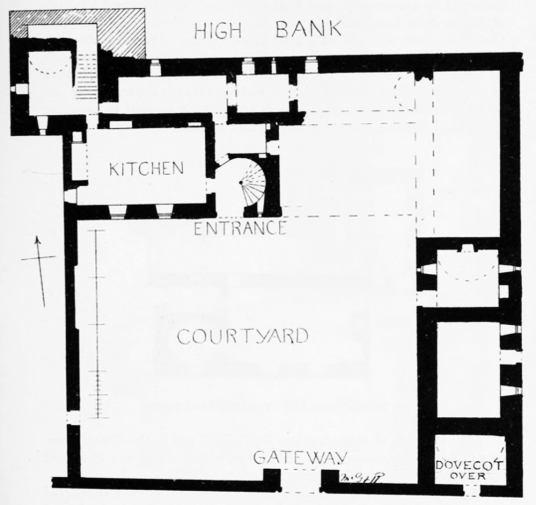 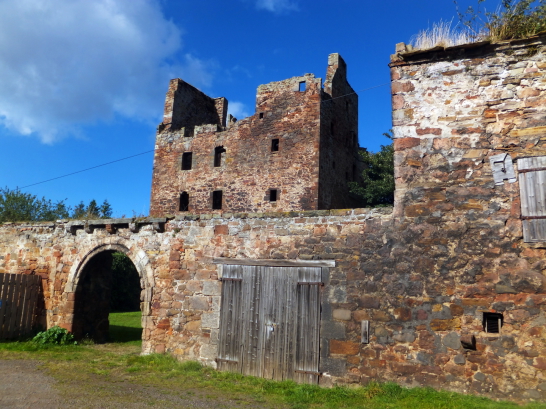 The tower house was later extended by an adjoining tower, and a Renaissance entrance was added. At one corner of the courtyard is a double lectern doocot, probably dating from early in the 17th century. There is a walled garden. 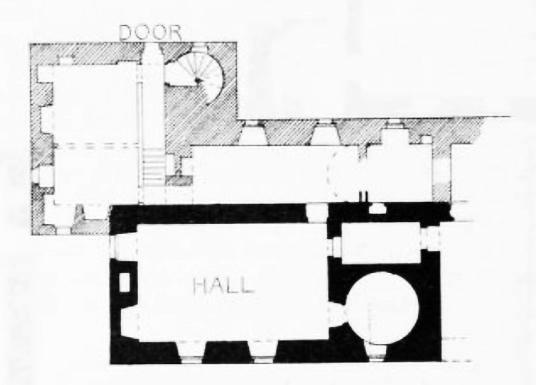 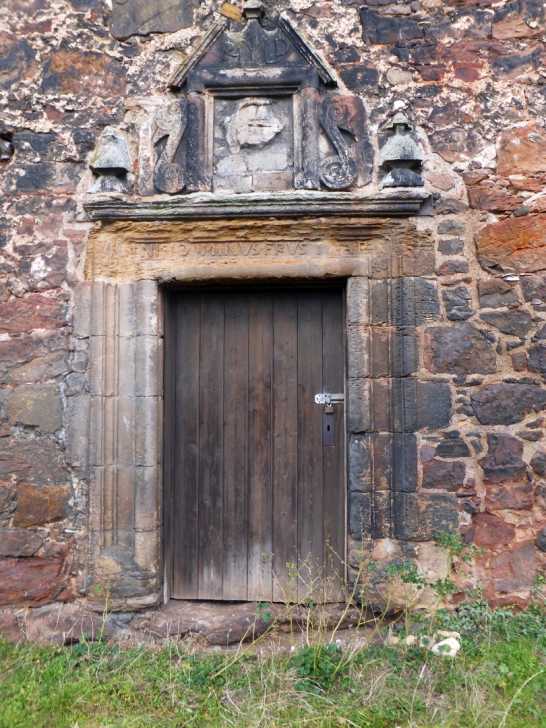 ‘Spittell’ is marked on Blaeu’s map of The Lothians, and there was presumably a hospital here in medieval times. ‘Ridehous’ is marked on Adair’s map of East Lothian, and the building is depicted in a rectangular wooded enclosure. By the time of Roy's map, Redhouse is depicted in formal gardens, and Spittal is marked as a separate property to the east. 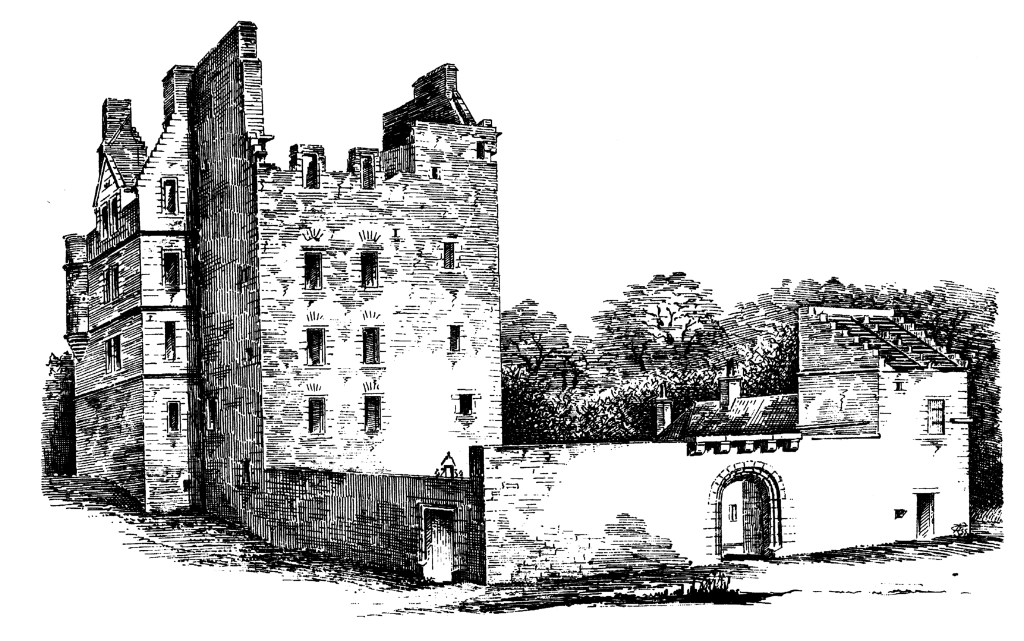 Redhouse was a Douglas property, but was acquired by the Laings in 1607, one of whom was John Laing, Keeper of the Royal Signet. His initials along with those of Rebecca Deenistoun, his wife, are carved into a pediment. He died in 1612 and is buried in Greyfriars Kirkyard in Edinburgh. 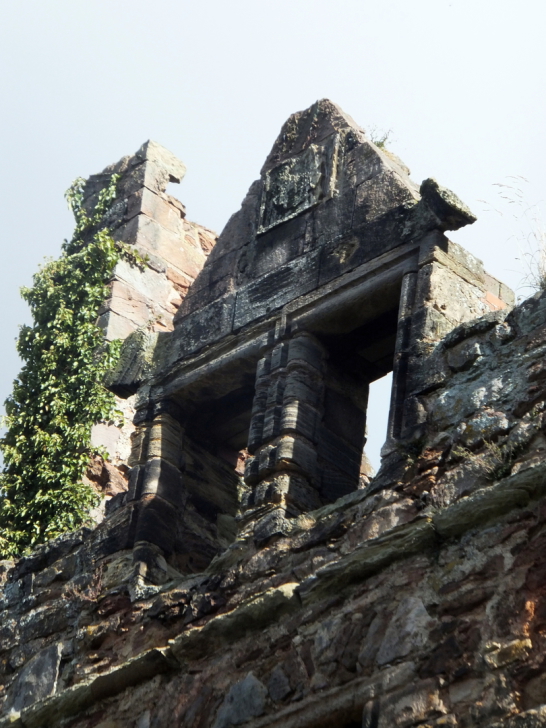 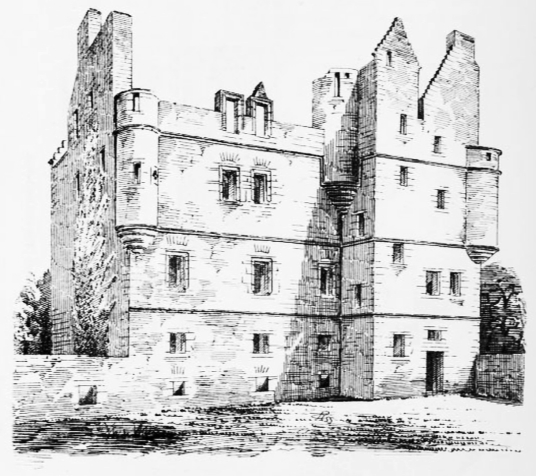 The property soon passed by marriage to the Hamilton family, when Jean, John Laing’s daughter, married Andrew Hamilton. Sir Alexander Hamilton of Redhouse (or East Spittal or East Redspittal) had a ratification for the property in 1617, and is on record in 1621 and later. He was a Senator of the College of Justice. The manor place is mentioned in an act of that year. Sir James Hamilton of Redhouse is mentioned in 1640, and he died when Dunglass Castle was blown apart that year. 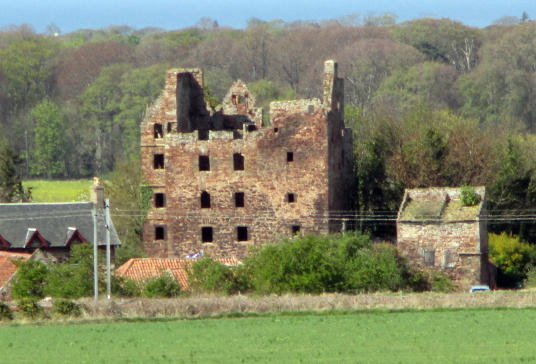 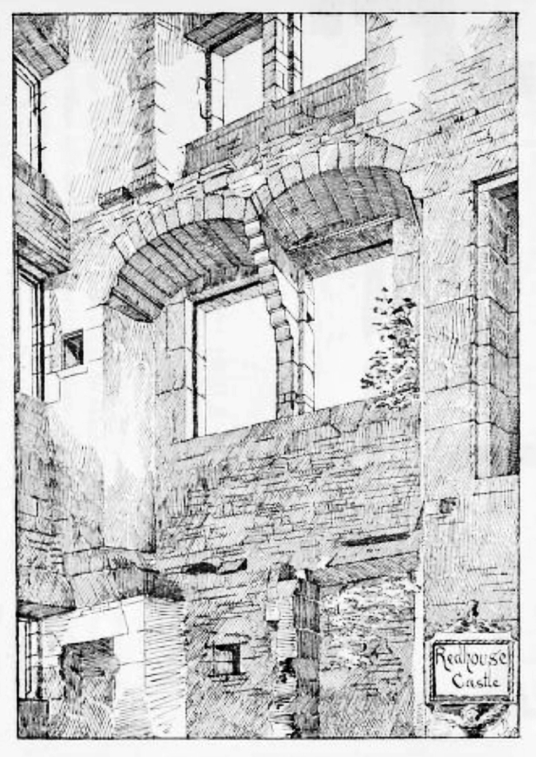 Colonel George Hamilton of Redhouse, the last of the family, was a Jacobite. He was wounded at the Battle (or Skirmish) of Clifton Moor in 1745, and was captured by the Hanoverians and then hanged at York the following year. He was also to be drawn and quartered but this does not seem to have been done.

The property was forfeited, and the castle was allowed to fall into ruin after being bought by George Murray, Lord Elibank, in 1755. The building is now held by the Earl of Wemyss who owns the neighbouring Gosford House, and there is a garden centre with a cafe by the ruin. 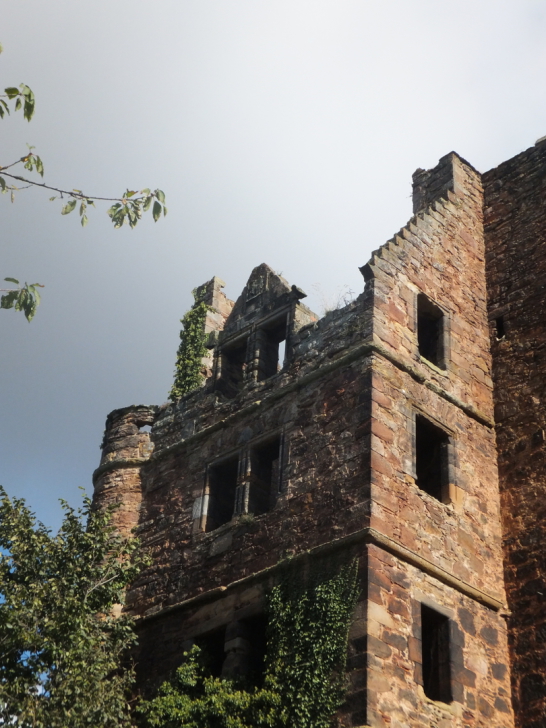