Lothians: About 3 miles west and north of Dunbar, on minor roads east of A198, north of River Tyne, at Tyninghame House.

OPEN: Grounds: access at all reasonable times; gardens around house are privately owned but are occasionally open as part of Scotland’s Gardens Scheme.
Web: www.scotlandsgardens.org 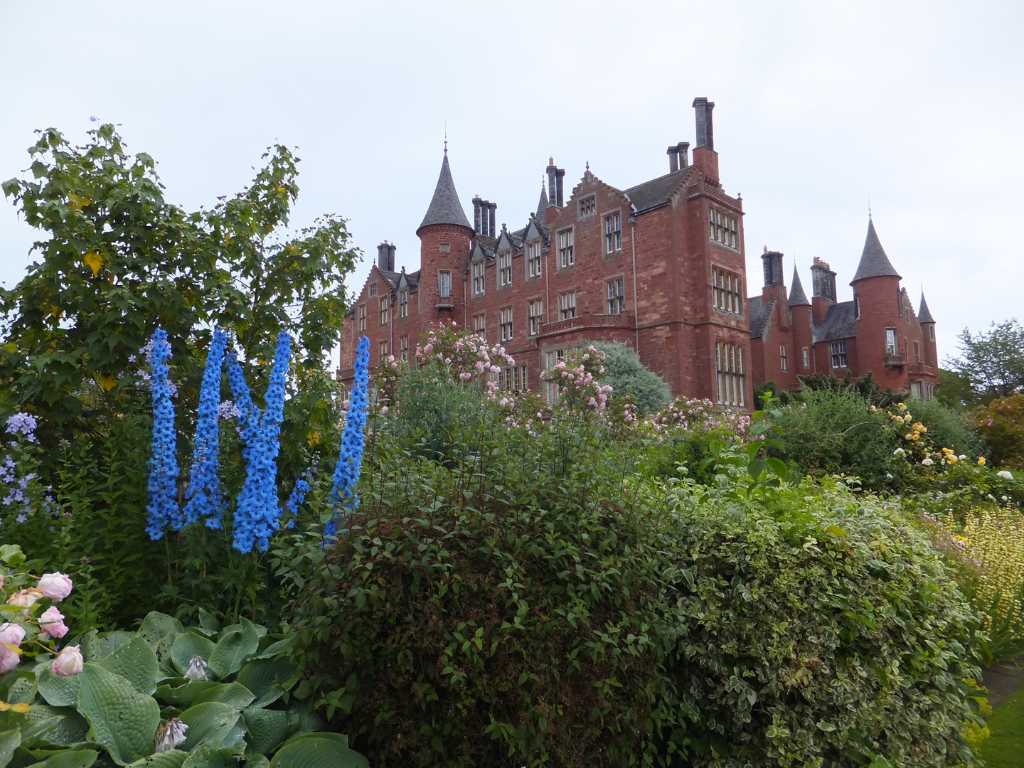 Set in picturesque gardens and wooded grounds, Tyninghame House, an imposing if slightly institutional, rambling, turreted and gabled mansion, incorporates part of a building or castle from the 16th century or earlier. This edifice was extended in 1617 and was built around three sides of a courtyard, and then remodelled in the castellated style and further extended in 1829 by the architect William Burn. There is a very large walled garden. 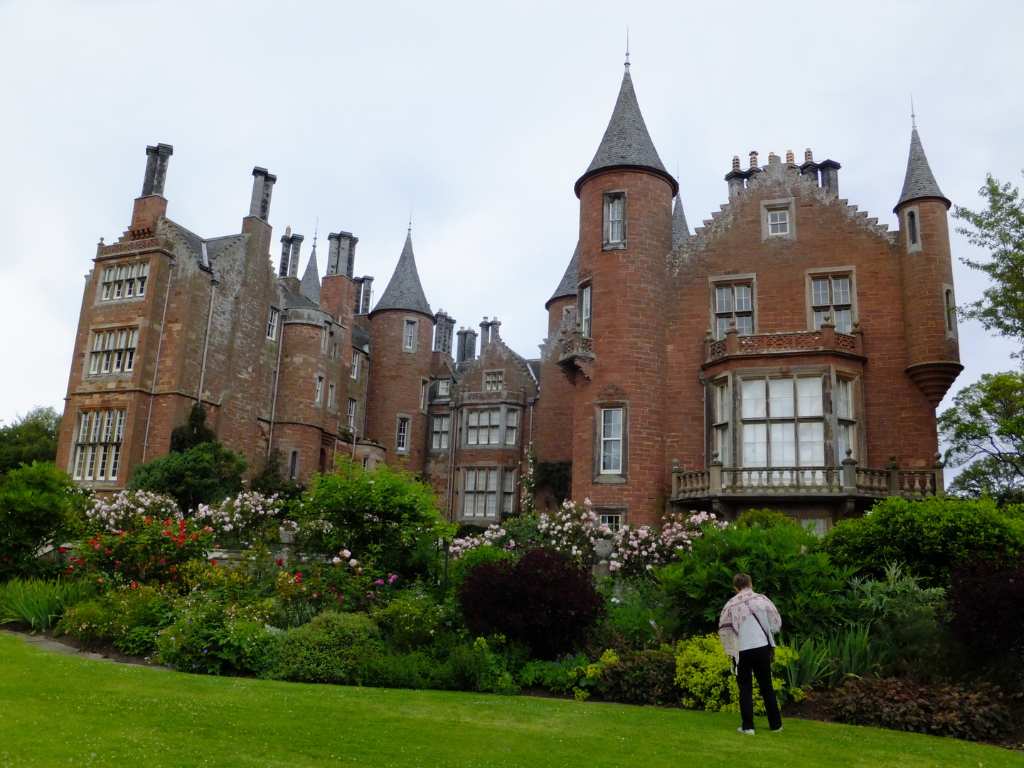 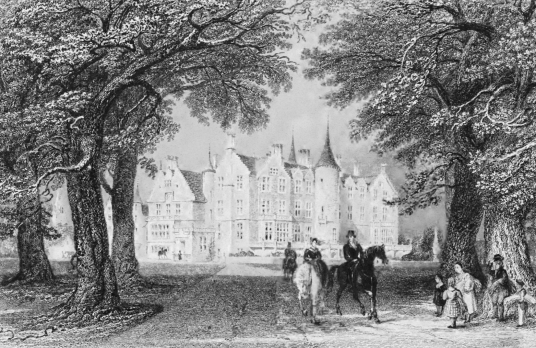 ‘Tyuningham’ is marked on Blaeu’s map of The Lothians. ‘Tyningham’ is prominently marked on Adair’s map of East Lothian in enclosed and walled policies. 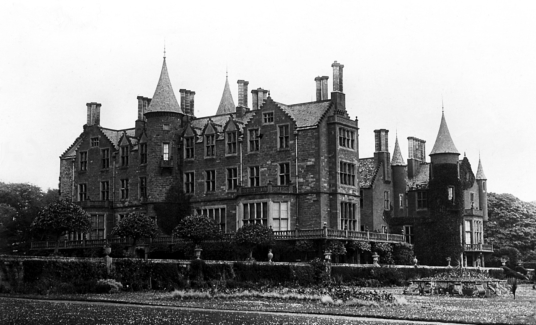 Tyninghame is associated with St Baldred, and there are some remains of an old church [NT 619797] to the south of the house, reputedly one of the three places the saint was interred around 756 – the others being Auldhame and Preston (also see Smeaton Hepburn) – and the Earls of Haddington are also buried here. There may have been a monastery, and Tyninghame was sacked by the Norseman Olaf Godfreysson in 941. The lands remained with the church, and were held by the Bishopric, and later Archbishopric, of St Andrews. 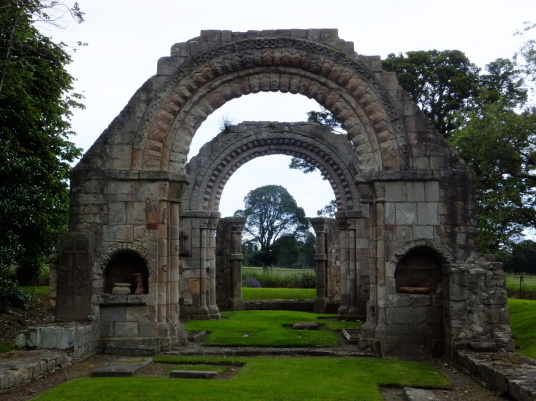 The property was leased to the Tyninghame family in the 13th century, and Adam de Tyninghame was Bishop of Aberdeen at the end of the 14th century. The property later went to the Lauders of the Bass, who are mentioned in the 16th century and lived on the Bass Rock in summer and here in the winter. Master George Lauder, laird of the Bass, had an act of 1593 in his favour, which mentions the principal mansion, tower and fortalice, barns, yards and doocot of Tyninghame. 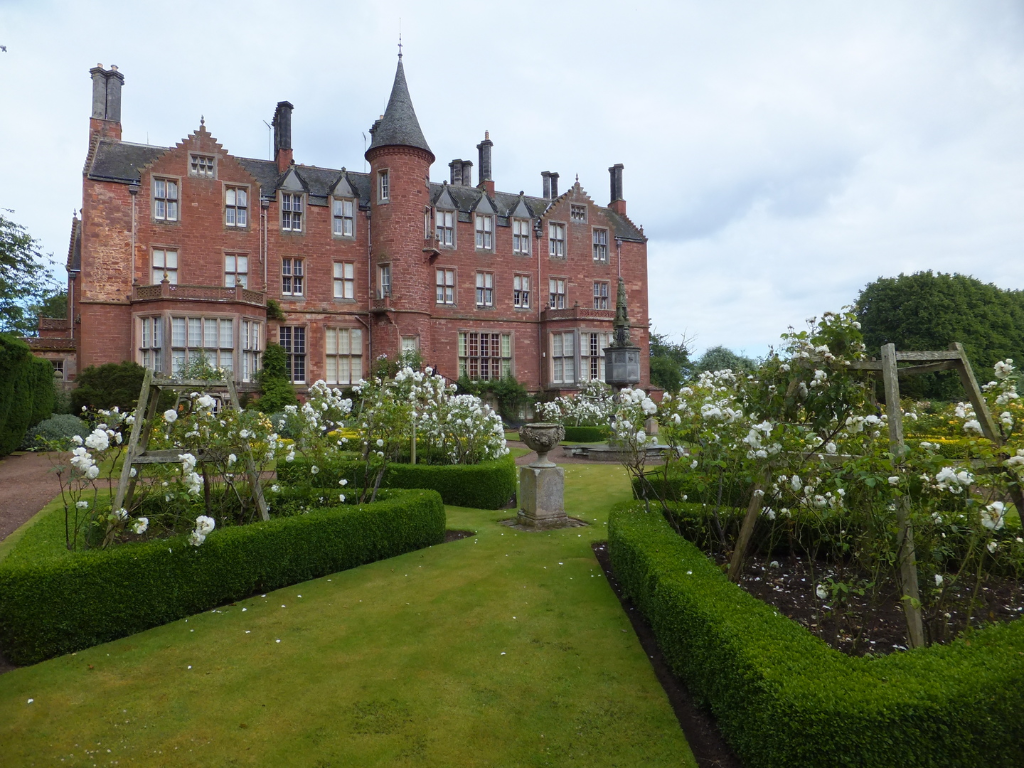 The property was purchased by the Hamilton Earls of Haddington in 1628, and the house was still occupied by the family, later Baillie Hamilton, until 1986. It was then sold and the family moved to Mellerstain. The house and contents were sold, and the building has been divided, although sympathetically, and it is surrounded by large colourful and well-kept gardens.