Borders: About 1 mile west of Peebles, on minor road just south A72, just north of the River Tweed, at Neidpath Castle. 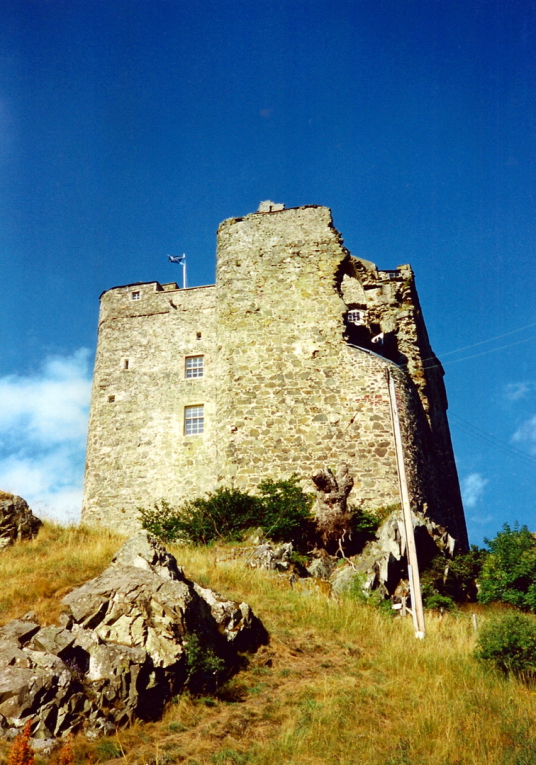 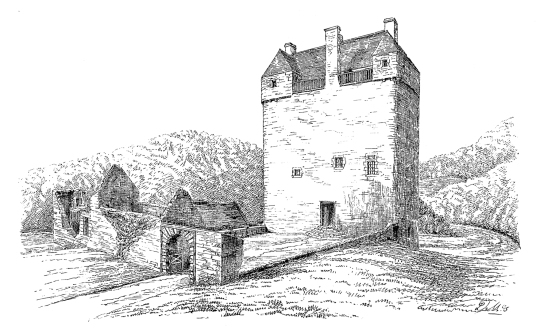 Nestling on the side of steep gorge overlooking a bend of the River Tweed, Neidpath Castle is an altered L-plan tower with rounded corners. The tower dates from the 14th century, but was substantially remodelled in the 16th century, with the alteration of the upper storeys. It was altered again in the late 17th century, when a wide stair was inserted and an additional storey created beneath the vault of the hall. A small courtyard, with ranges of buildings, was added in the 16th and 17th centuries. 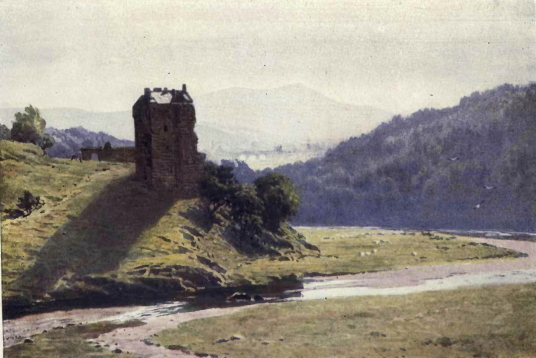 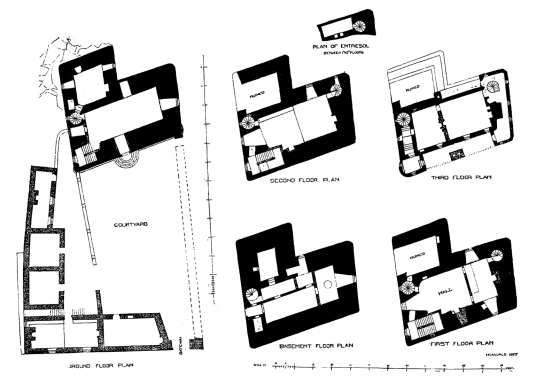 The original entrance was in the south side. The basement of the main block and wing are both vaulted. Turnpike stairs climb within the walls. The much-altered first floor has a wide stair leading to the vaulted hall on the second floor. The third floor is also vaulted. Turnpike stairs lead to the upper floors, and there is a dark pit prison which is only reached from a hatch in the floor above. 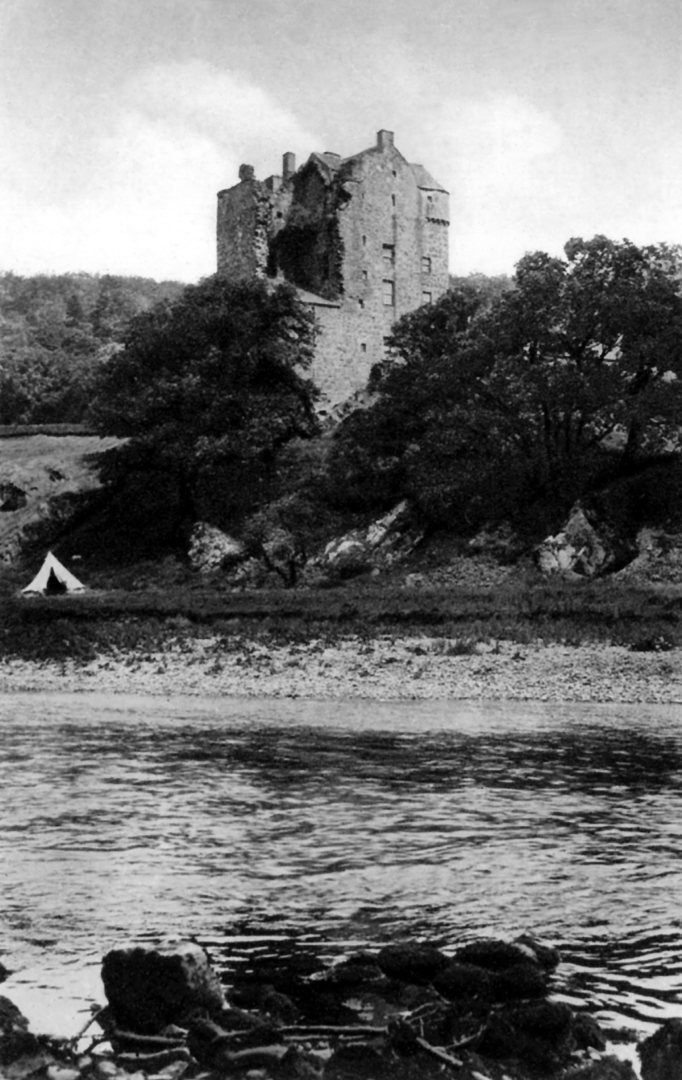 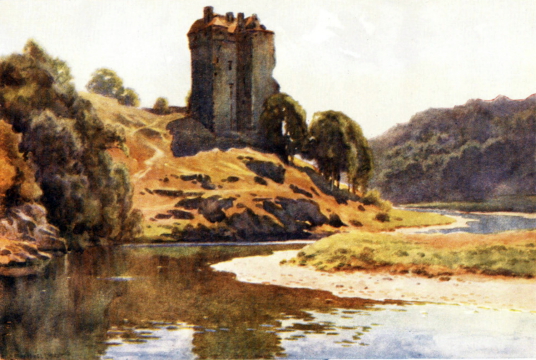 An earlier castle here belonged to Sir Simon Fraser. He defeated the English at Roslin in 1303, but was later captured and executed by the English by being hanged, drawn and quartered. The property passed by marriage to the Hays in 1312, who built the existing castle. Mary, Queen of Scots, stayed at Neidpath in 1563, as did her son James VI in 1587. 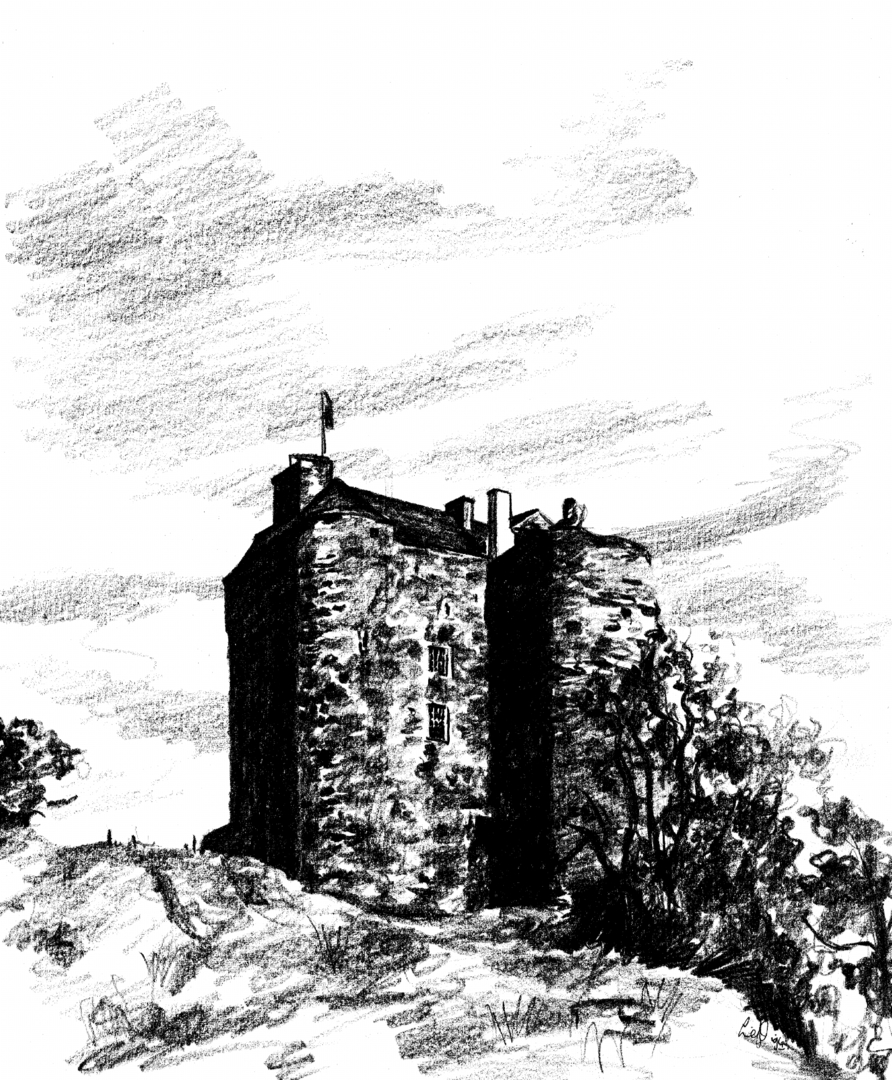 The Hays were Royalists, and in 1650 Neidpath held out against Cromwell’s army longer than any other stronghold south of the Forth. Cannon damaged the castle, and the defenders were eventually forced to surrender. 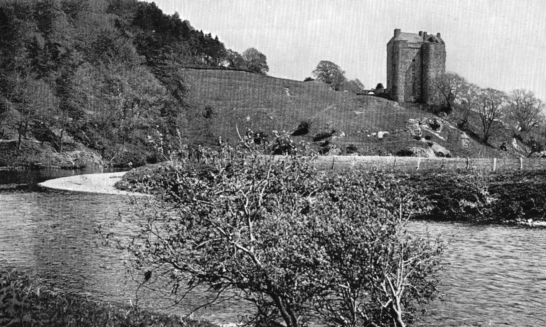 The castle was later partly repaired and the courtyard was remodelled, but the Hays got into debt and in 1686 Neidpath was sold to the Douglas Duke of Queensberry. William, 4th Duke and known as ‘Old Q’, had all the trees around the castle chopped down and demolished the terraced gardens – in 1790 the upper storeys of the wing collapsed (also see Drumlanrig Castle). Walter Scott and William and Dorothy Wordsworth visited the castle in 1803, and the property passed in 1810 to the Earl of Wemyss and March, who (with many other properties) own Gosford House. 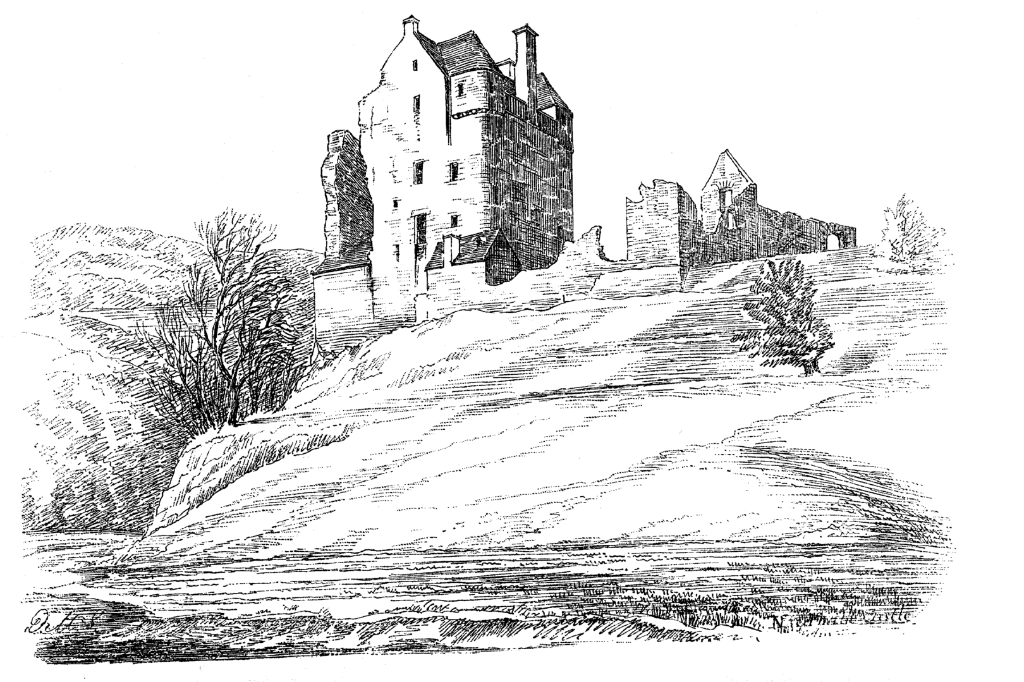 Neidpath is reputedly haunted by the ghost of a young lass, the ‘Maid of Neidpath’, who was written about by Sir Walter Scott. The ghost is believed to be that of Jean Douglas, the youngest of the three daughters of Sir William Douglas, Earl of March. She was born in 1705, and fell in love with the son of the laird of Tushielaw, which was owned by the Scott family. Her father did not think her lover, although a man of property, was of high enough birth for an Earl’s daughter and forbad them to marry. The lad was sent away from the area, and the Earl hoped that Jean would forget him. Jean was devastated and her health deteriorated. Her lover eventually returned, but by then she had become so ill that he no longer recognised her. Wounded to the core by this final hurt, she died of a broken heart. Her ghost then began to haunt Neidpath, waiting for her lover to return for her in death as he had not in life.
Sightings of Jean’s ghost report that she is clad in a full-length brown frock with a large white collar. 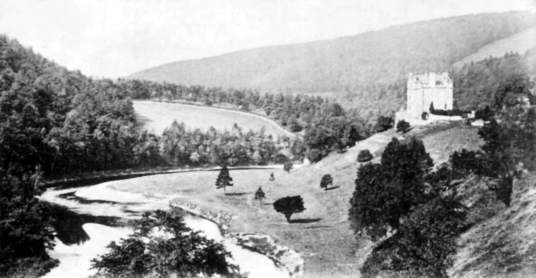