Fife: About 4 miles west of Cupar, on minor road just east of A92, 1 mile north-east of Monimail, south of village of Fernie. 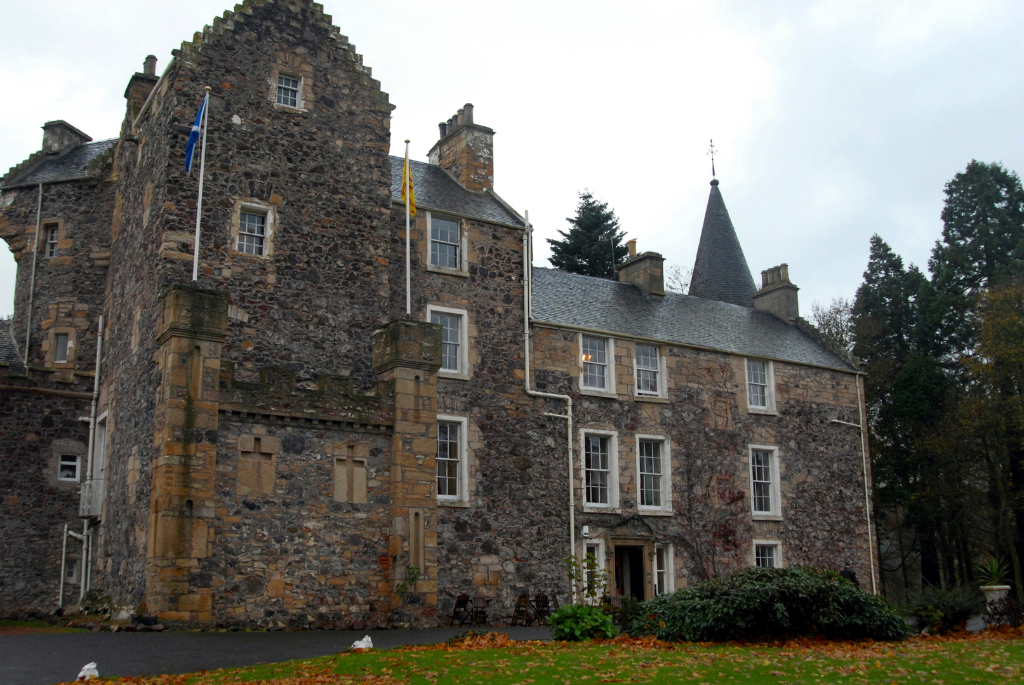 Situated in 17 acres of woodland, Fernie Castle consists of an altered 16th-century L-plan tower house, to which has been added a three-storey block with a round tower at one corner. There may have been a castle here from the 13th century. The stair-wing is crowned by a corbie-stepped gabled watch-chamber. There are other extensions.
A rectangular doocot [NO 318150] was dated 1661 at one time.
Both ‘E. Fearney’ and ‘W. Fearney’ are marked on Blaeu’s map of Fife. 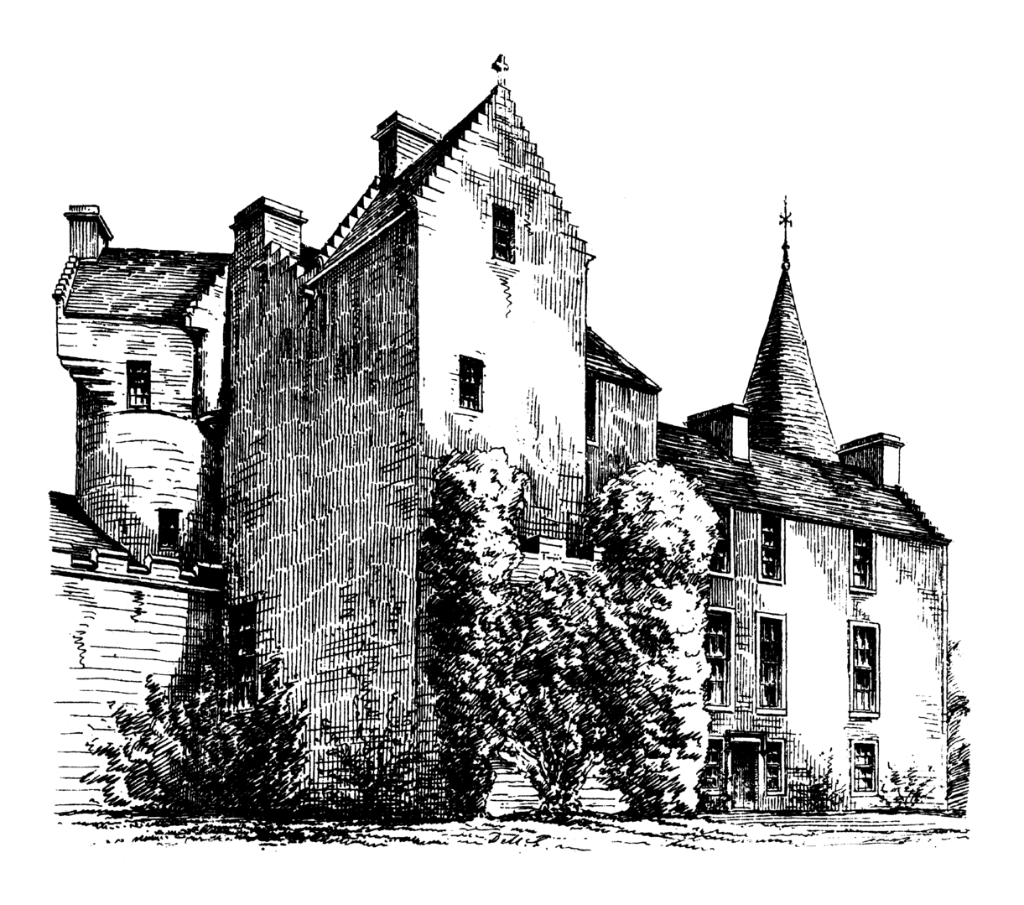 Fernie (also known as West Fernie) was a property of the MacDuff Earls of Fife, but passed to the Balfour family, then by the 15th century to the Fernies and William Fernie of that Ilk is mentioned in judicial proceedings in the 1480s. The castle went by marriage to the Lovells, who in 1586 sold it to the Arnotts and Sir James Arnott of Fernie is on record in the 1640s, and then James Arnott of Fernie in 1663 and 1669. It then passed by marriage back to the Balfours and John Balfour of Fernie is on record in 1701 and 1704. The Balfours were forfeited for their part in the Jacobite Rising of 1715, although they recovered the property in 1720. The castle is used as a hotel.
The west tower of the building is said to be haunted by a ‘Green Lady’, a girl who ran off with her lover. They sought refuge in the castle, but were discovered by her father’s men – her father disapproved of her lover. The poor lass fell three floors from the west tower to her death, and her apparition is said to have been seen in some of the bedrooms.
The Treehouse, a unique and picturesque turreted building, is constructed around trees near the castle.