The old castle was accessible to the public when it was in the care of HES but this has been relinquished and arrangements are now unclear. HES statement 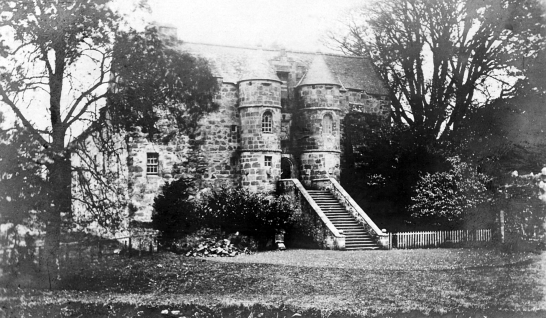 Once surrounded by marshland, Rowallan Castle is an altered 16th-century courtyard castle. It consists of two ranges of buildings and a drum-towered gatehouse around a courtyard, of which the last side is completed by a wall.
The oldest part is a range of buildings, with a vaulted basement, from the 16th century. The gatehouse of three storeys and an attic dates from 1562. A 17th-century range is ruinous.
‘Rowallan’ is marked on Blaeu’s map of Cunningham and is shown as a tower in an enclosed and wooded park. 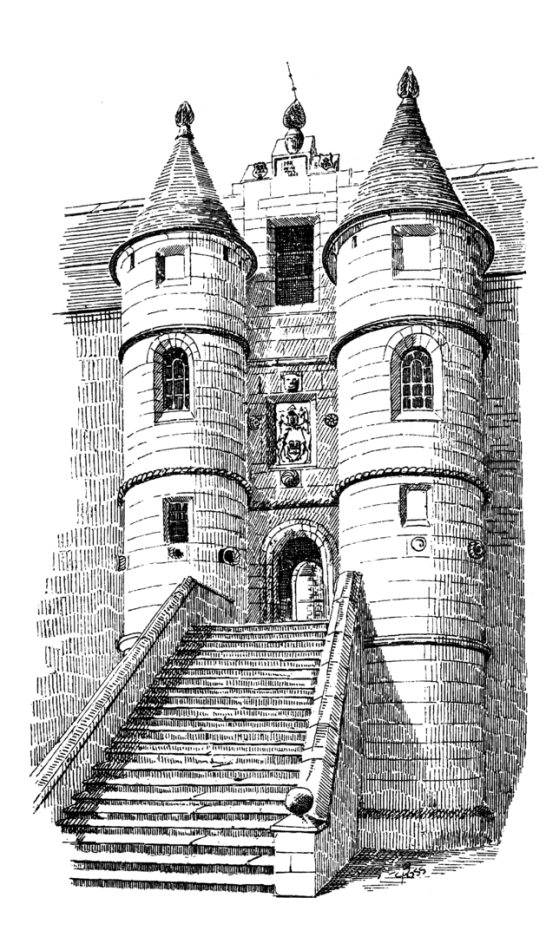 Rowallan originally belonged to the Comyns, but passed by marriage to the Mures. Robert II's wife was Elizabeth Mure, daughter of Adam Mure of Rowallan and who may have been born here, and their son became Robert III. John Muir of Rowallan and other members of the family were slain at Flodden in 1513, and Mungo Mure was killed at the Battle of Pinkie in 1547. The family opposed Mary, Queen of Scots, and became Covenanters in the 17th century. William Mure of Rowallan allowed Coventicles to be held in his castle and he was imprisoned. 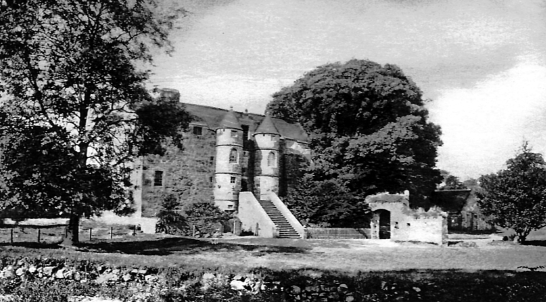 The property passed by marriage to David Boyle, Earl of Glasgow (who own Kelburn Castle), at the beginning of the 18th century, then to the Campbell Earls of Loudoun. Rowallan was acquired by the Corbetts early in the 20th century, and was partly restored by the architect Sir Robert Lorimer when a baronial extension was also added.

The line of the Corbett Barons Rowallan still continues, and they apparently live near Fenwick in Ayrshire.

The old castle was in the care of HES (Historic Scotland) but this was relinquished, in what some saw as a controversial decision, after the estate was purchsed and the newer part of the building was refurbished as an events and wedding venue and a golf course was laid out in the grounds, designed by Colin Montgomerie.