Argyll & Dunbartonshire: To east of Tarbert, on minor road and foot opposite the Fish Quay south of A8015, south of East Loch Tarbert, in Knapdale, at Tarbert Castle.

OPEN: Access by stair and footpath beside old police station, opposite Fish Quay – part of the Kintyre Way. 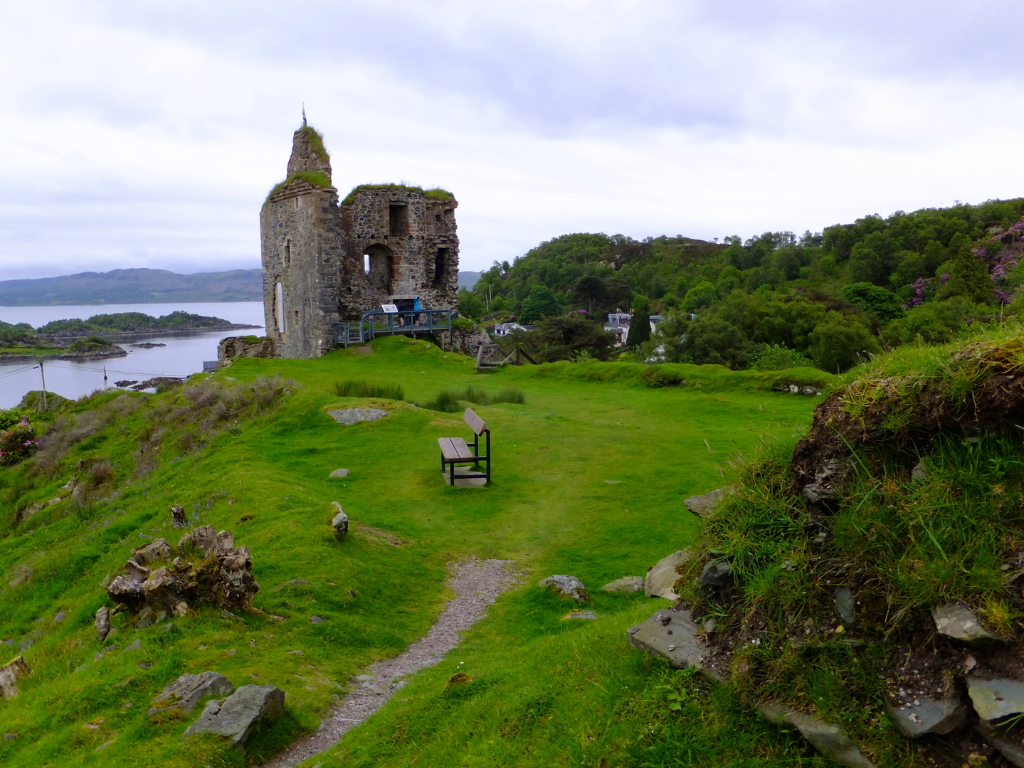 Tarbert Castle is a ruined 13th-century royal castle of enclosure, which was extended in the 14th century, by the addition of an outer bailey with towers. In the late 15th or early 16th century a four-storey tower house with a corbelled-out parapet was built, but this is also ruinous although it is the best preserved part of the castle. The tower was more or less intact until the middle of the 19th century when half collapsed. 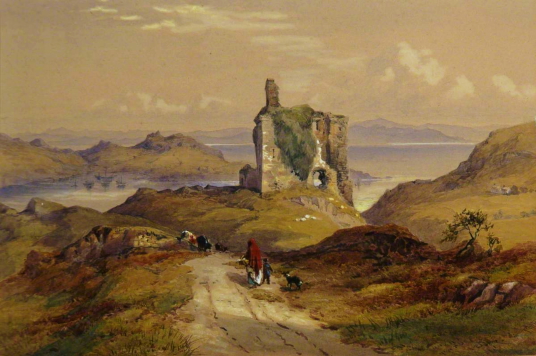 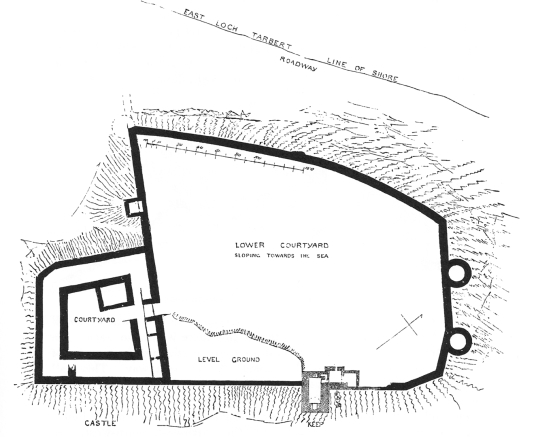 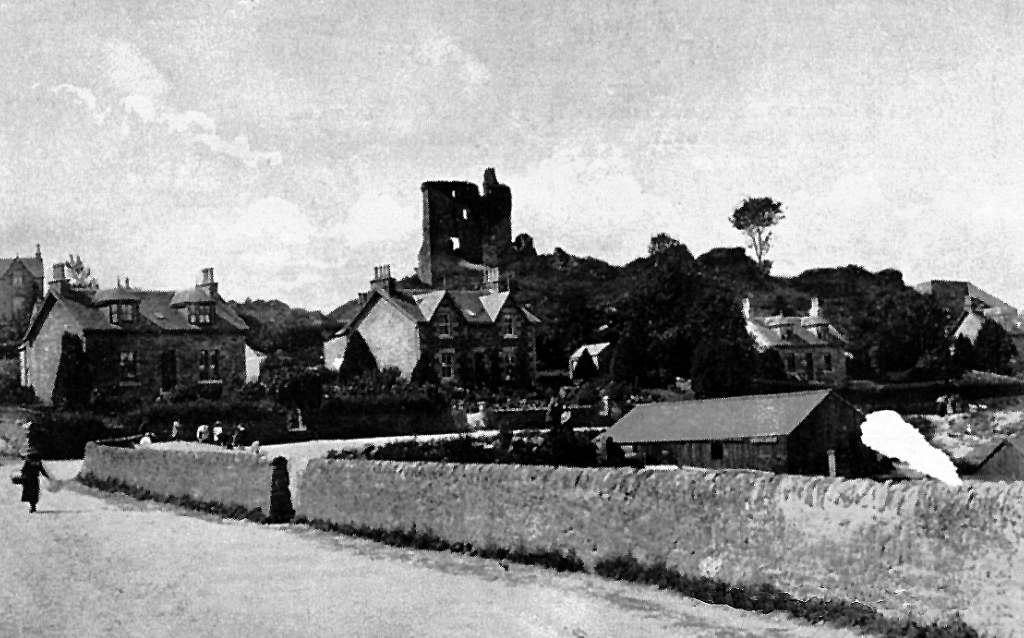 ‘Castel of Terbart’ is marked on Blaeu’s map of Kintyre.
There were said to be two other castles near Tarbert: one at the head of West Loch Tarbert, and the other at the centre of the isthmus. 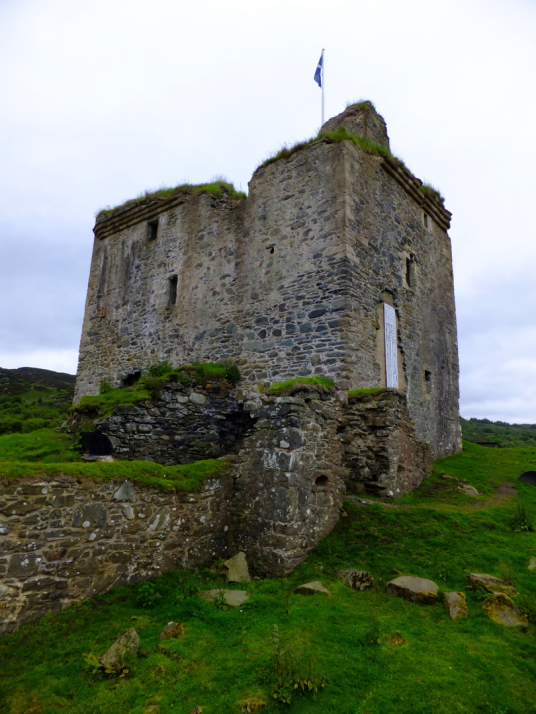 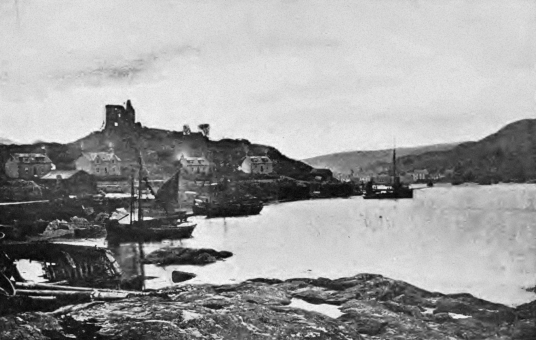 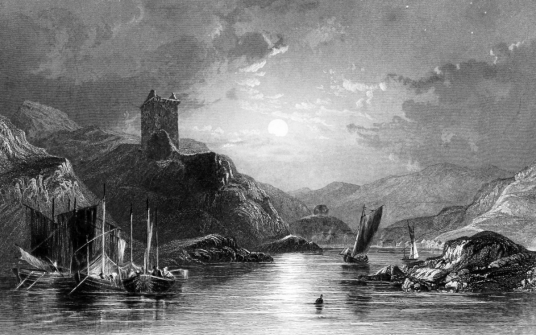 There was a stronghold here of the Dalriadian Scots, which was taken and burnt at least once. Around 1098 Magnus Barelegs, King of Norway, had his longship taken across the isthmus here to symbolise his possession of the Isles and of the peninsula of Kintyre. 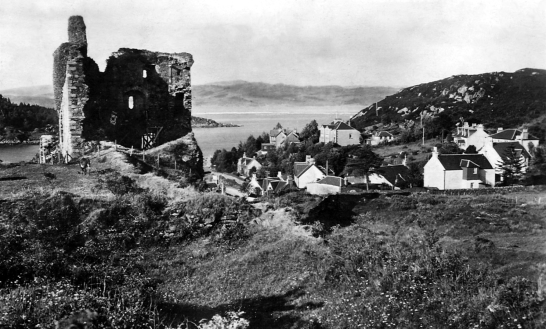 Robert the Bruce strengthened the castle, and James IV extended it again, after capturing it from the MacDonalds, during his campaign to destroy the power of the Lord of the Isles in the 1490s. The king visited in 1494, 1498 and 1499. 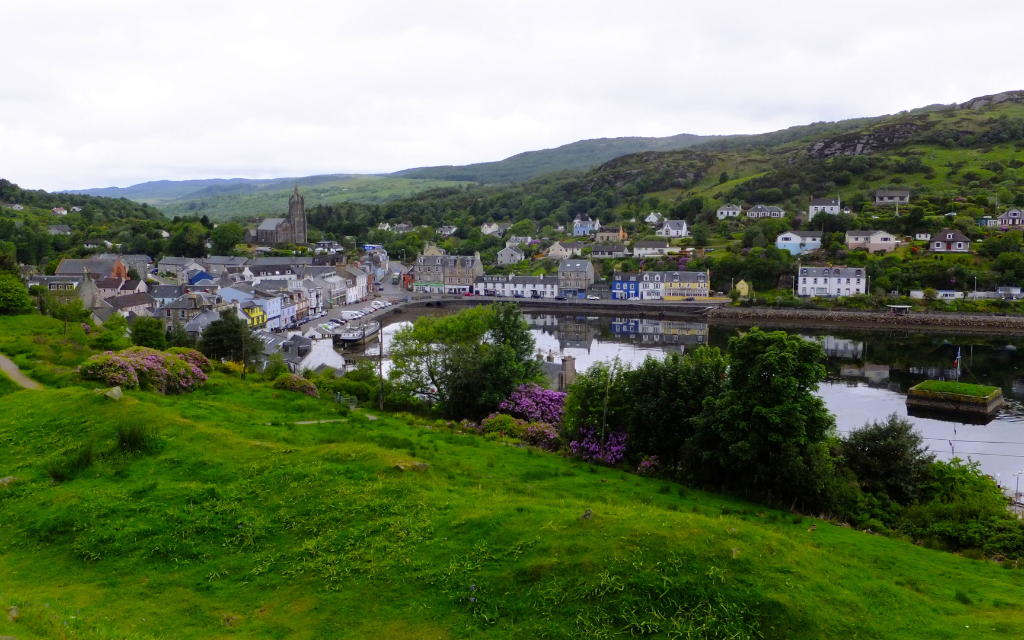 The MacAlisters were constables of the castle, and held lands here, but it passed to the MacLeans in first half of the 16th century, although the MacAlisters were back in charge in 1663 or earlier. Walter Campbell of Skipness seized the castle from the Campbell Earl of Argyll in 1685 during the rebellion by Argyll. 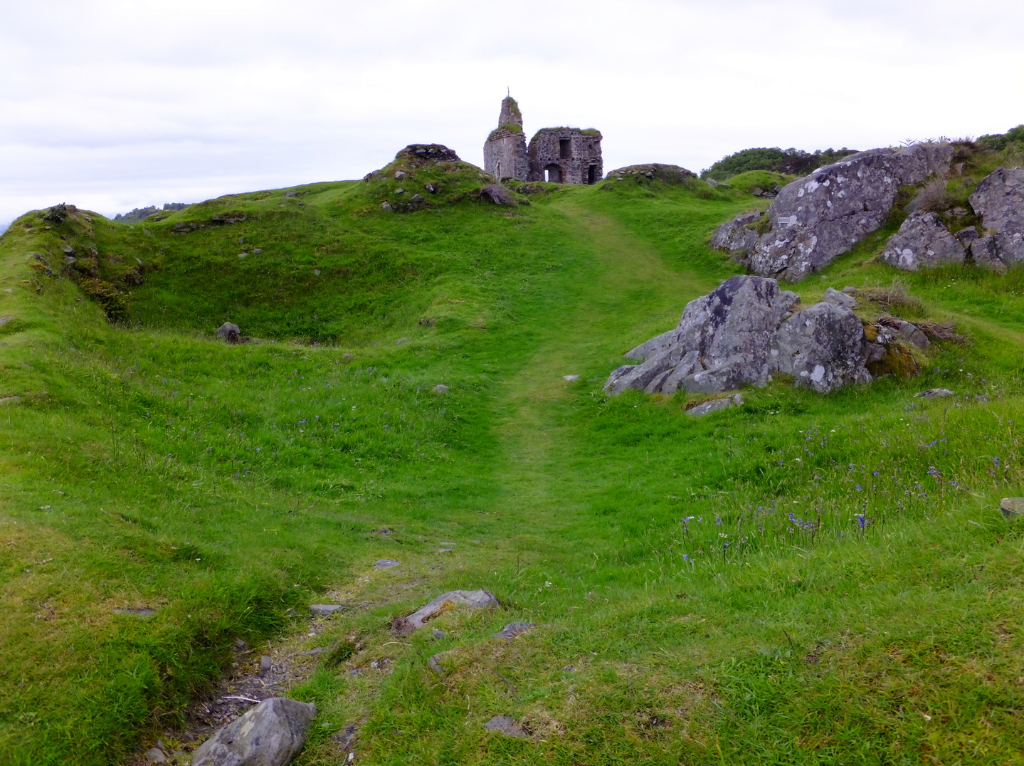 The castle had been abandoned by the middle of the 18th century and stone was used to build the harbour and houses in Tarbert. The MacAlisters moved to Barmore (Stonefield) but were supposed to have maintained the castle in a habitable condition. They failed to do this and faced a lawsuit from the Duke of Argyll in 1762. 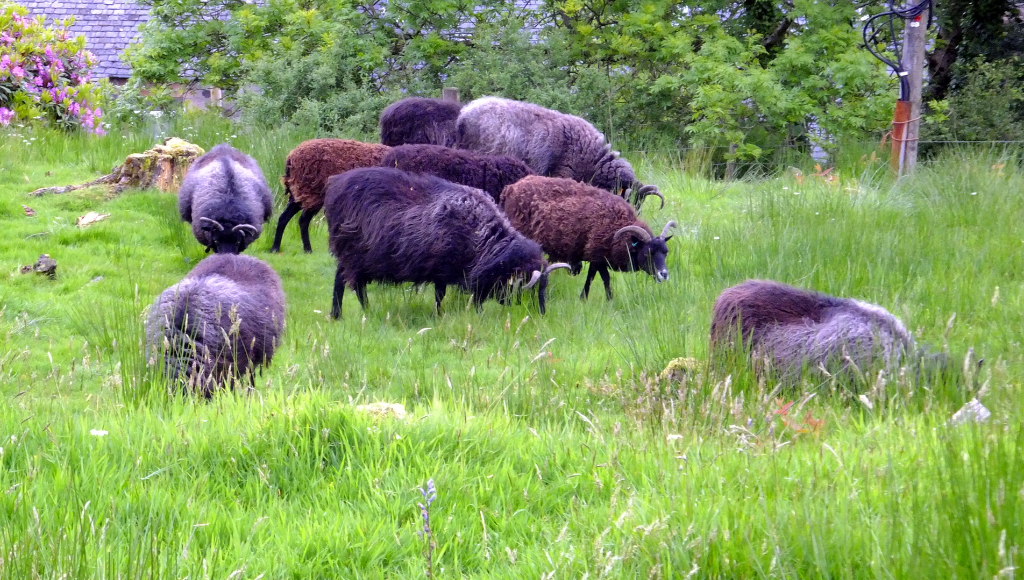 The remains of the castle have been cleared.
Beware of adders and midges, and the unfeasably cute flock of sheep!