South Highland: About 1.5 miles north-east of Fort William, on minor roads north of A82, just south of River Lochy, north of Claggan, at Inverlochy Castle. 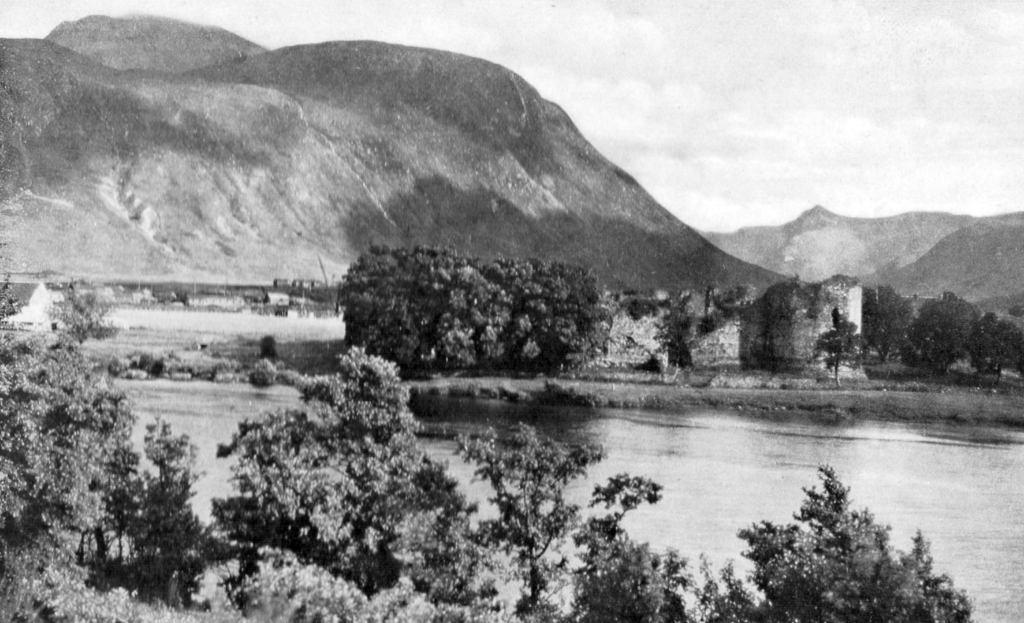 Inverlochy Castle is a ruined 13th-century castle of enclosure with walls more than 10 foot thick. It has a rectangular courtyard with a round tower at each corner, one larger than the others, probably the keep or donjon and known as Comyn’s Tower. There are two entrances, opposite each other, which had portcullises, and the castle is further defended by a ditch on three sides. 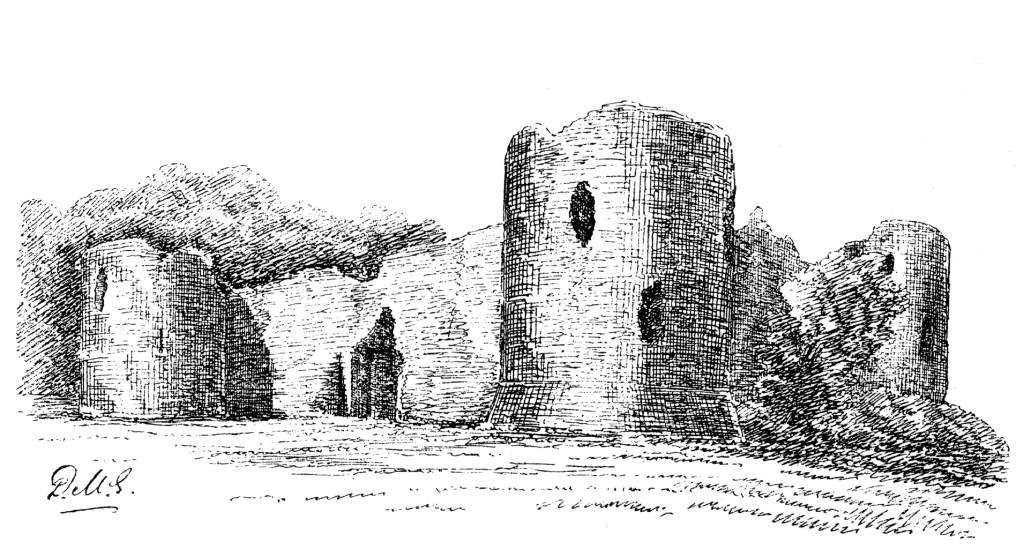 This was a property of the Comyns, and Sir John Comyn of Badenoch and Lochaber died here in 1300. He was the father of John Comyn, rival to and murdered by Robert the Bruce in 1306, and the Comyn family were subsequently destroyed by Robert the Bruce from around 1308. The castle was granted to the Gordons of Huntly in 1505, but was abandoned in the middle of the 17th century for the new fort, Fort William. The castle has been consolidated. 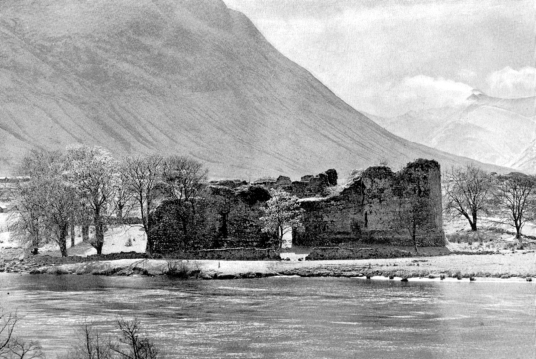 The castle is said to be haunted.

Two battles were fought nearby. In 1431 Donald Balloch and Alasdair Carrich led the MacDonalds to victory over an army of Stewarts, Allan Stewart, the Earl of Caithness, being among those who were slain. In the second in 1645, the Marquis of Montrose led a force of Highlanders to victory over the Covenanters, led by his arch foe, the Earl of Argyll. 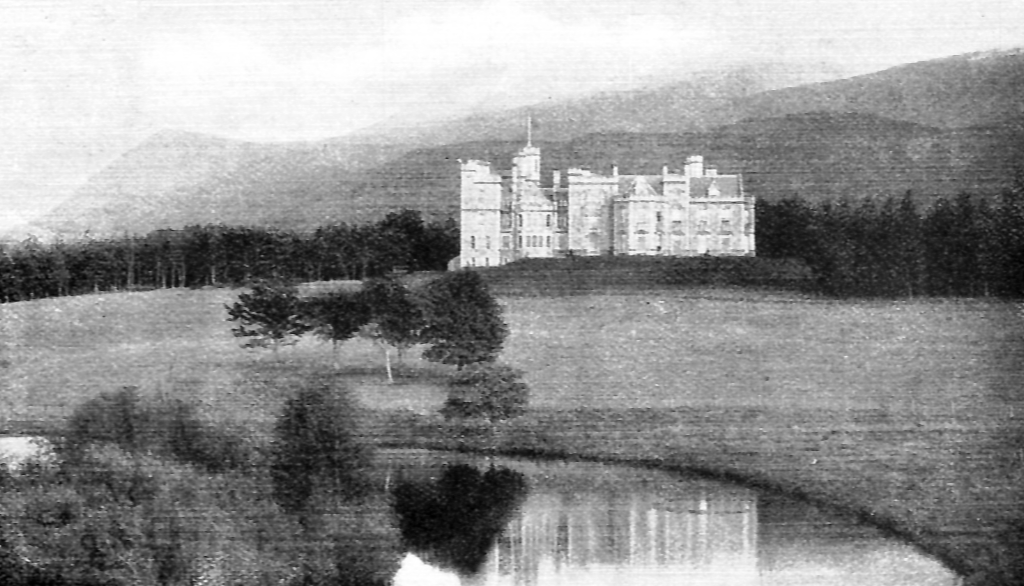 The newer ‘castle’ stands nearby [NN 138767], and is a large baronial rambling mansion of two and three storeys with turrets, towers, crenellated battlements and corbiestepped gables. The building dates from 1863 and was built by the Scarlett Lord Abinger. It was visited by Queen Victoria in 1873, and has been a hotel since 1969. 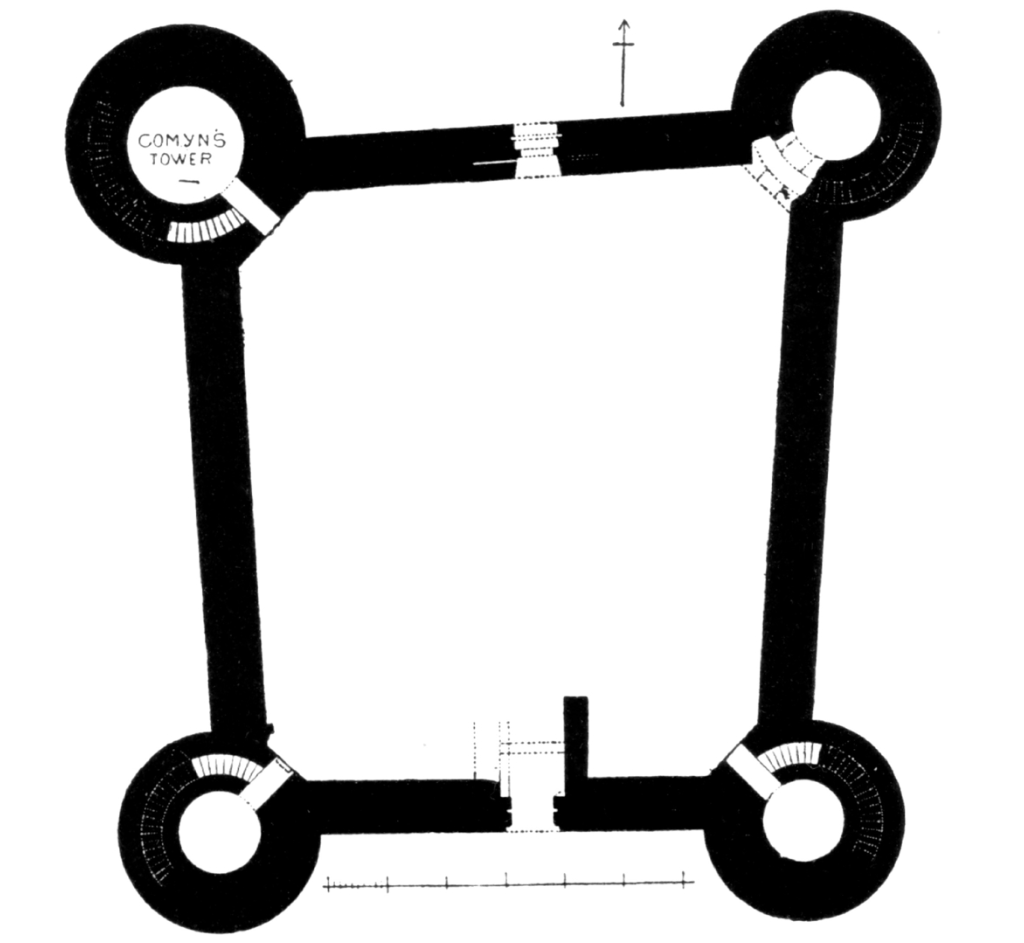