In a quiet and pretty spot by the River Tay, Elcho Castle is a large, imposing and comfortable castle, long held by the Wemyss family and with an impressive hall still decorated by traces of original plasterwork. 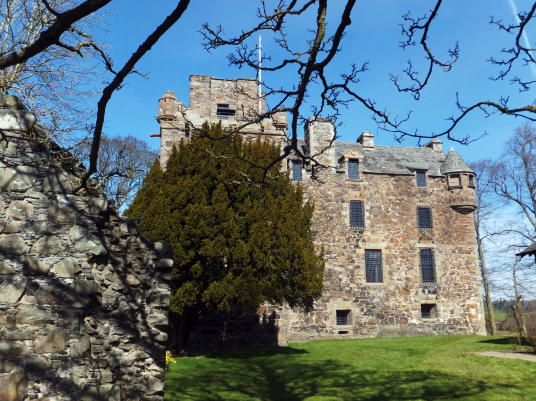 Perthshire: About 4 miles east and south of Perth, on minor roads east of A912 at Scoonieburn or Bridge of Earn, just south of River Tay, at Elcho Castle. 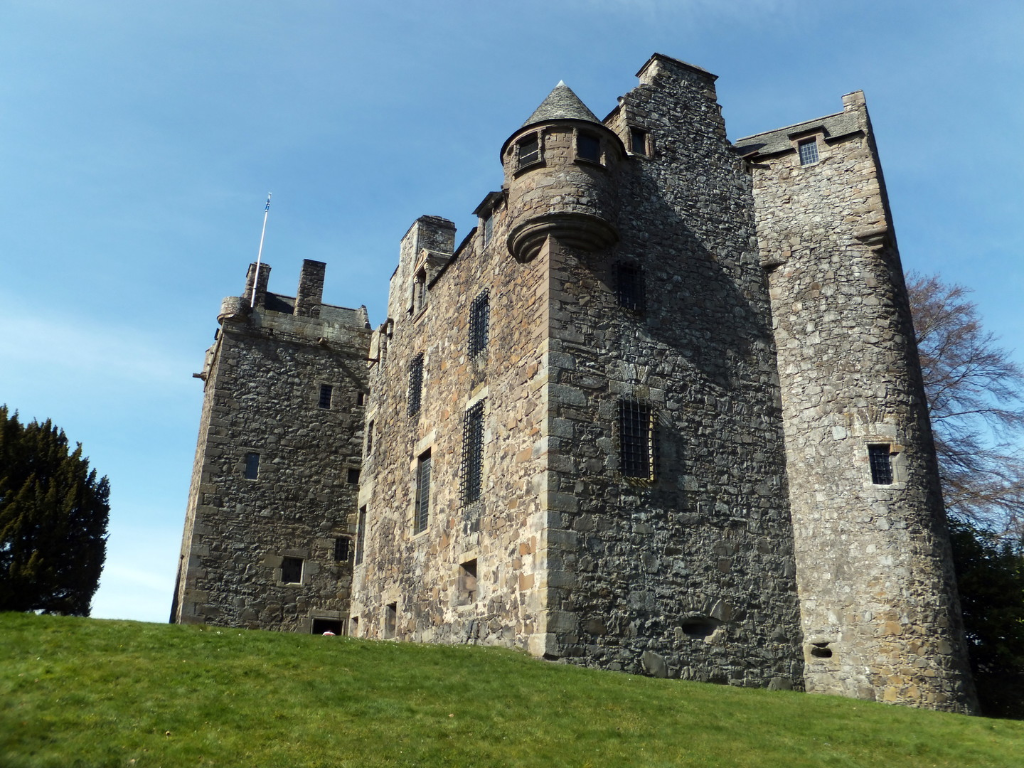 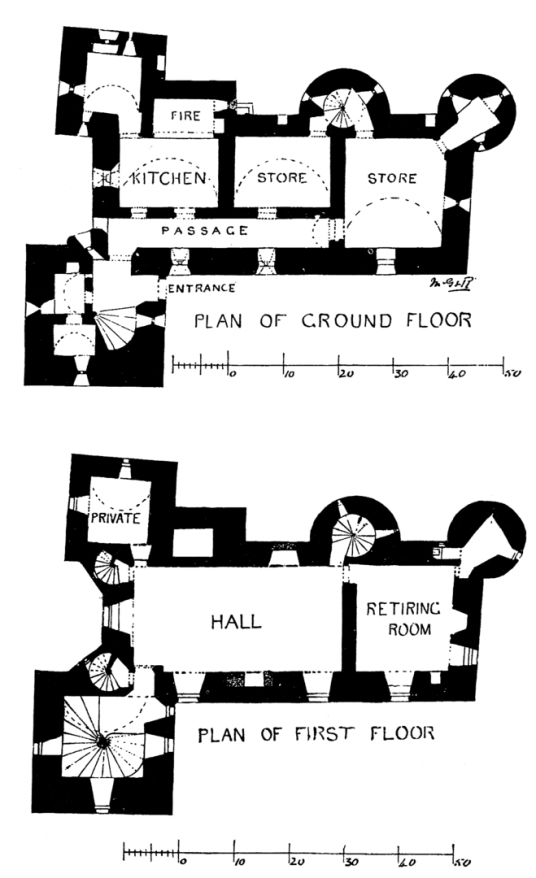 Impressive and well preserved, both stronghold and comfortable residence, Elcho Castle is a 16th-century tower house, built in the plan of a Z with an extra tower at one corner. It consists of a long rectangular main block, with a square stair-tower projecting from one corner, and three other towers projecting on the opposite side. One of these is a round stair-tower, corbelled out to square at the top, while the other square towers contained apartments. The castle sits in a pleasant and peaceful spot by the banks of the Tay with an orchard, and there is an overgrown beehive doocot, dating from the 16th century. 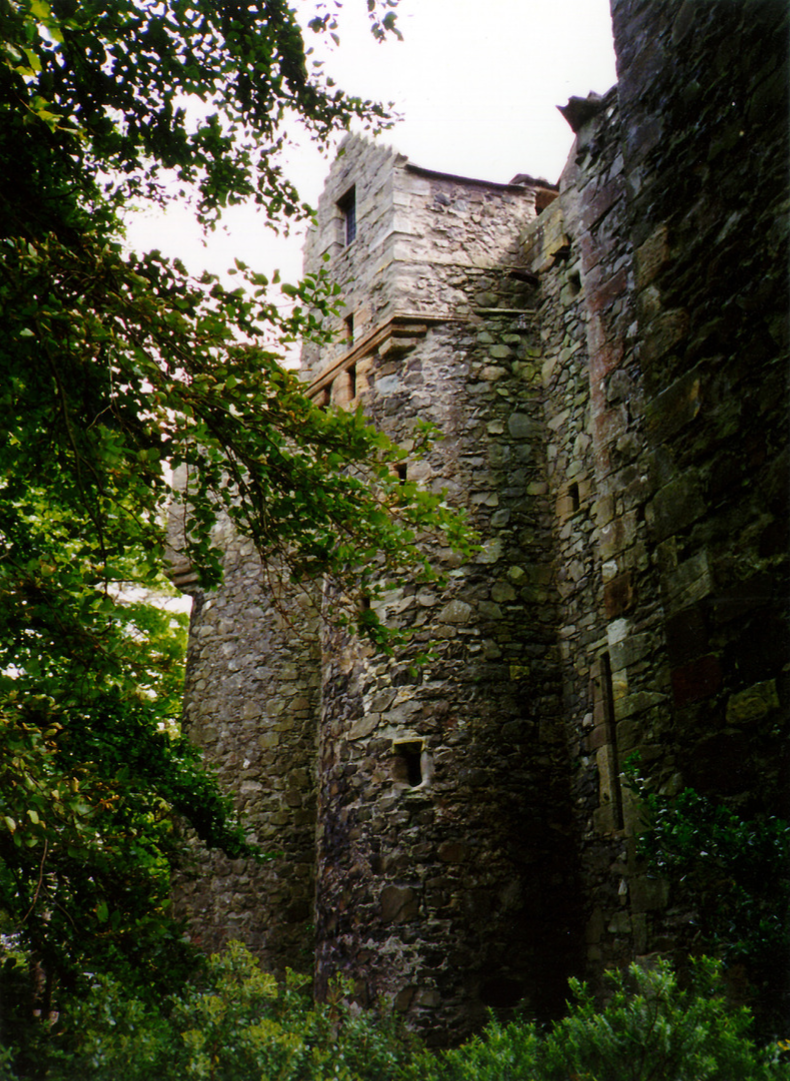 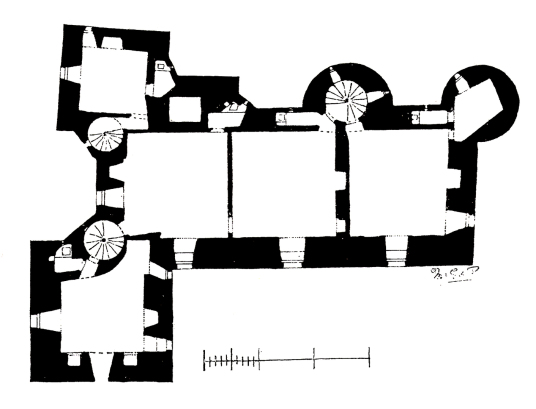 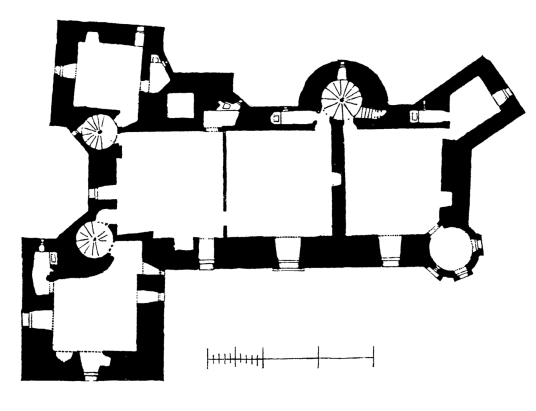 Some windows still have iron yetts, and the walls are pierced by many gunloops. Two turnpike stairs are corbelled out above first floor level and give access to the upper floors and the towers along with the round stair-tower. 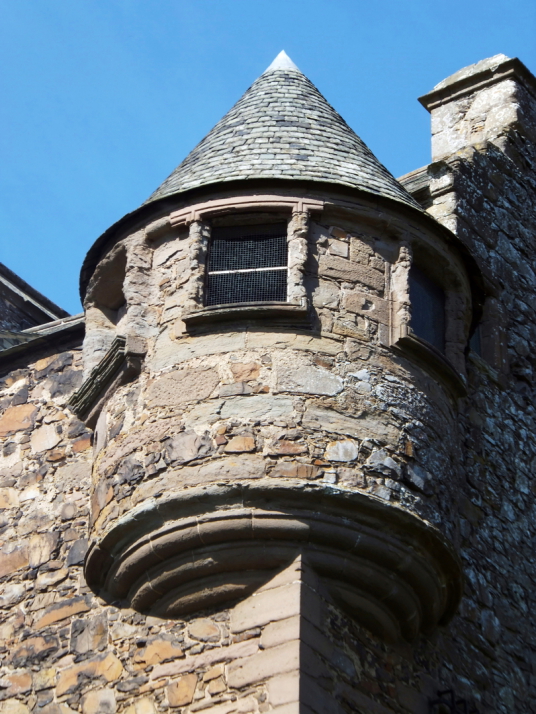 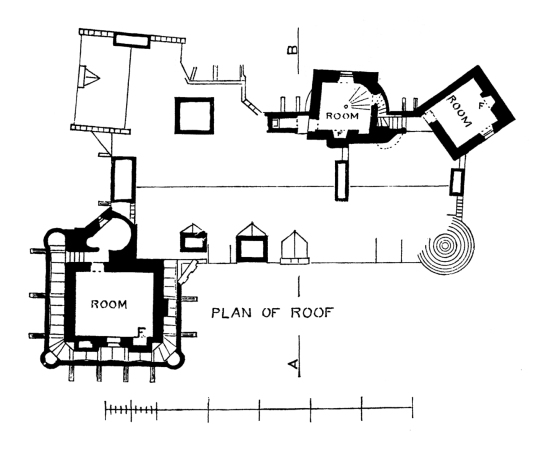 One round tower and some walling remain from a courtyard, which formerly enclosed many buildings. 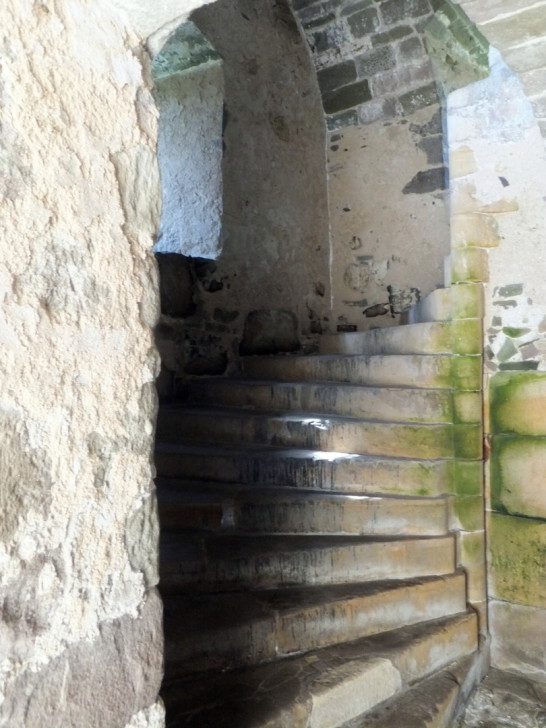 The entrance to the tower, in the re-entrant angle, leads to a wide turnpike stair and into the vaulted basement, which contains a large kitchen with an enormous fireplace, and cellars. 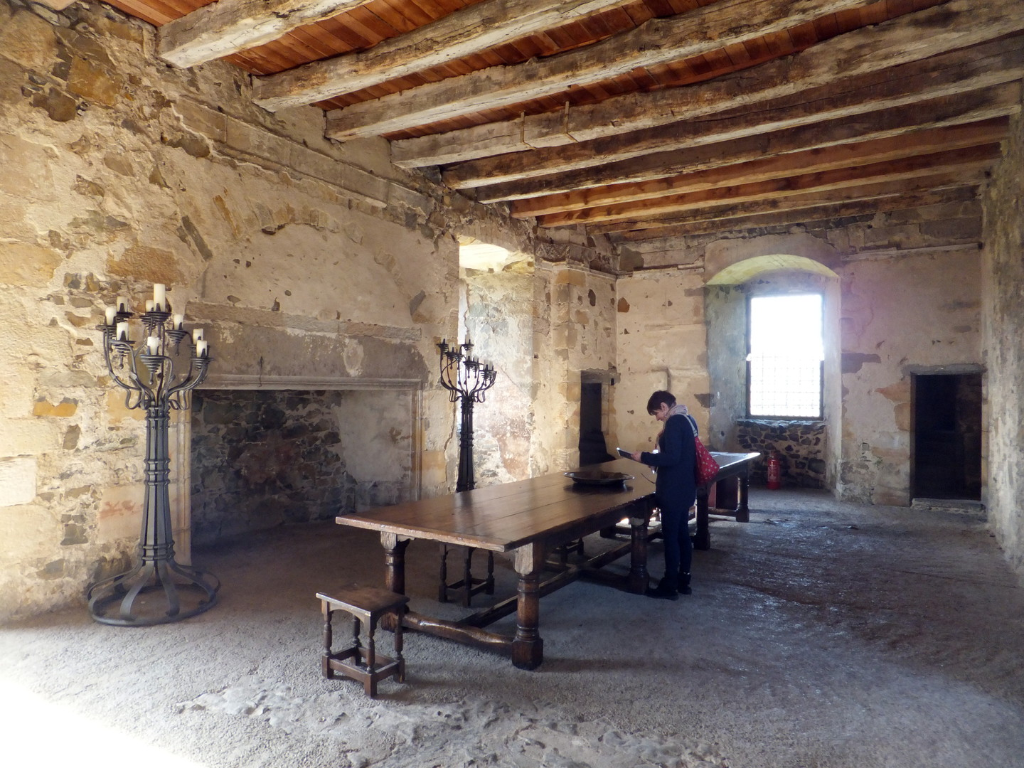 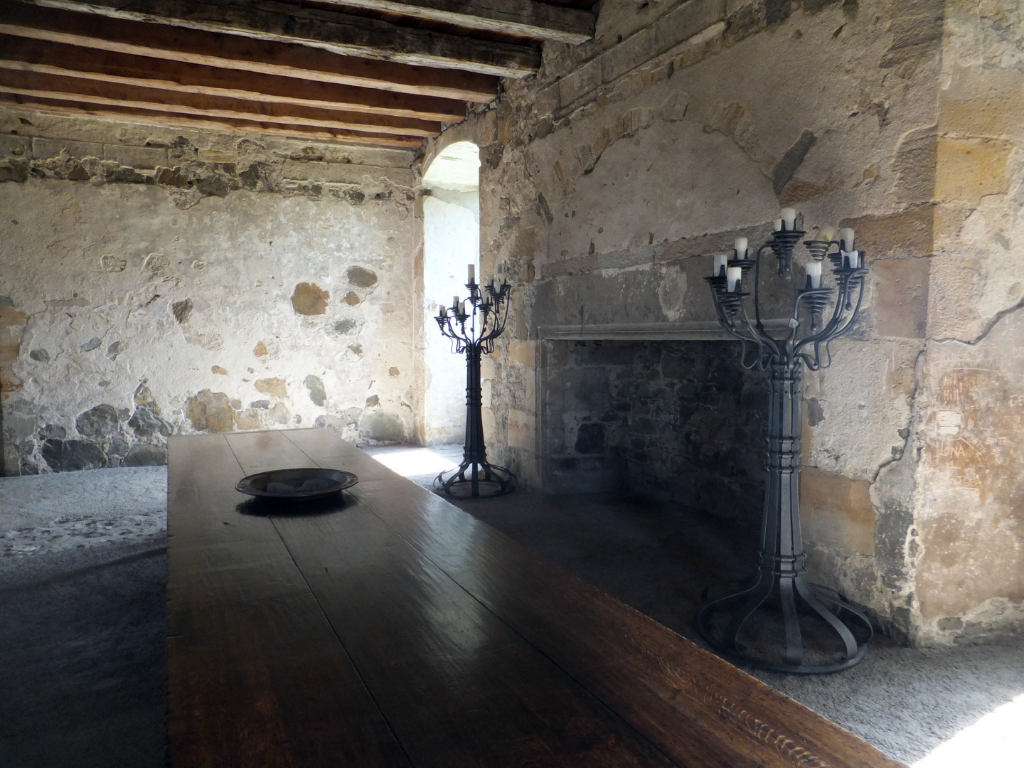 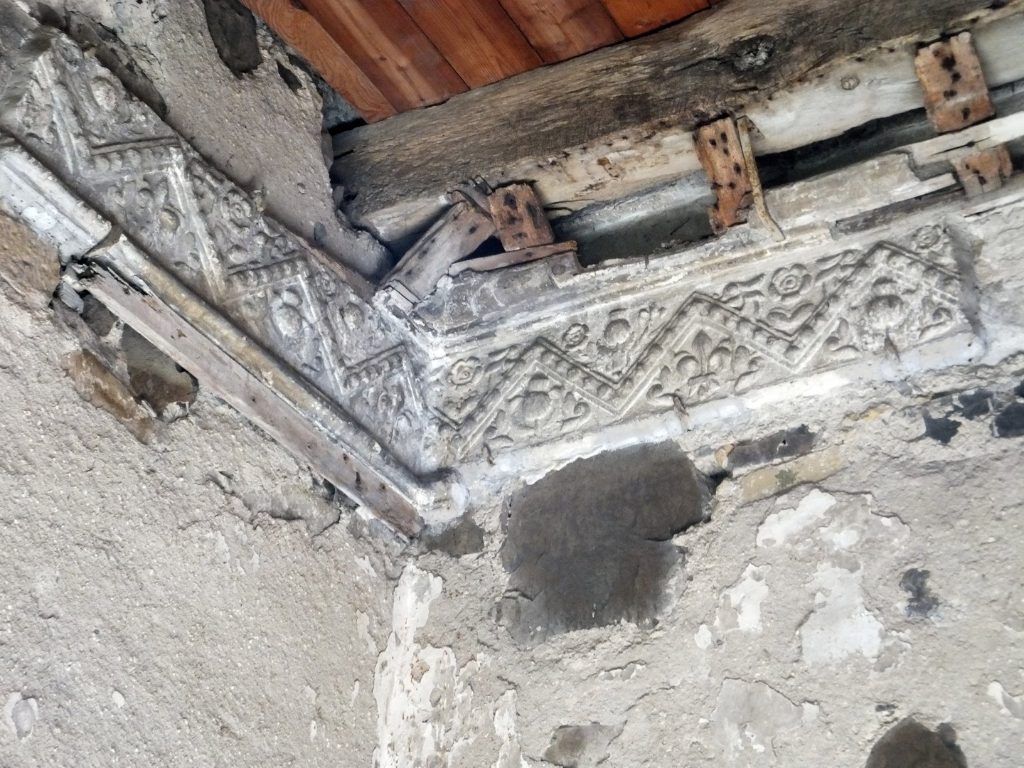 The hall, on the first floor, has some remains of plasterwork and has a large fireplace. The lord’s apartments were also on this floor. The upper floors and towers contained many more comfortable chambers. 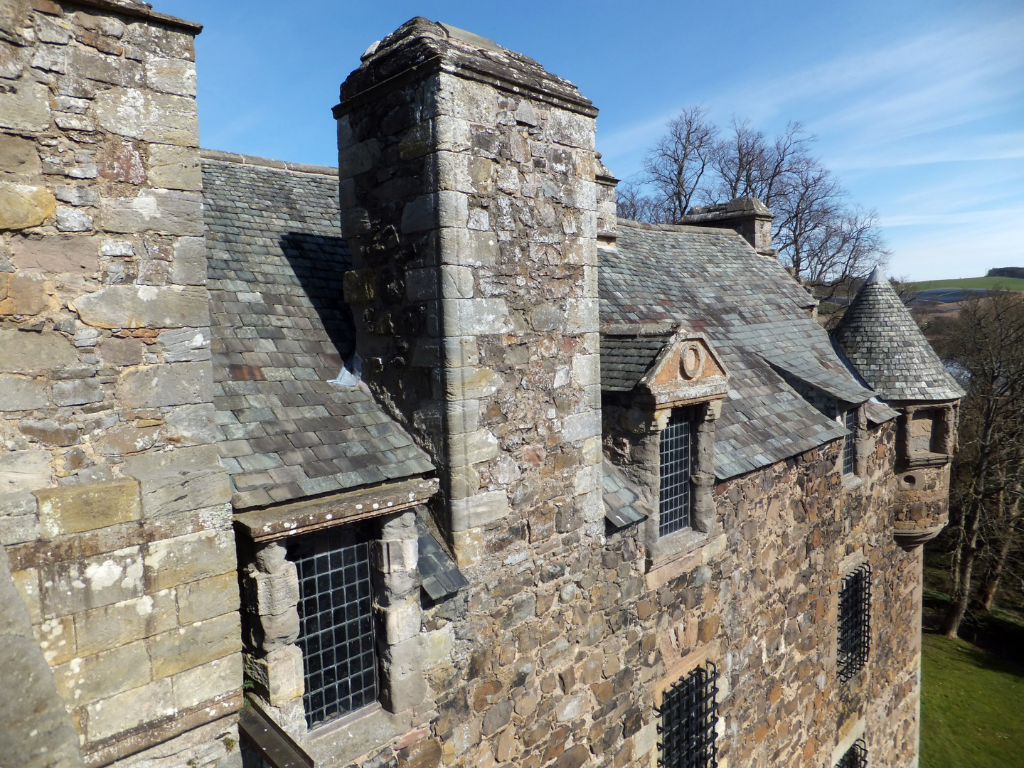 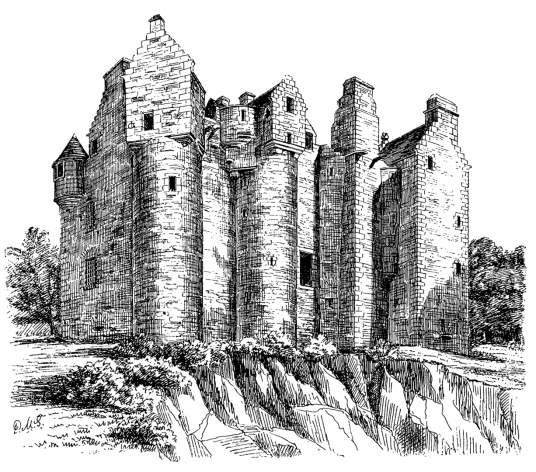 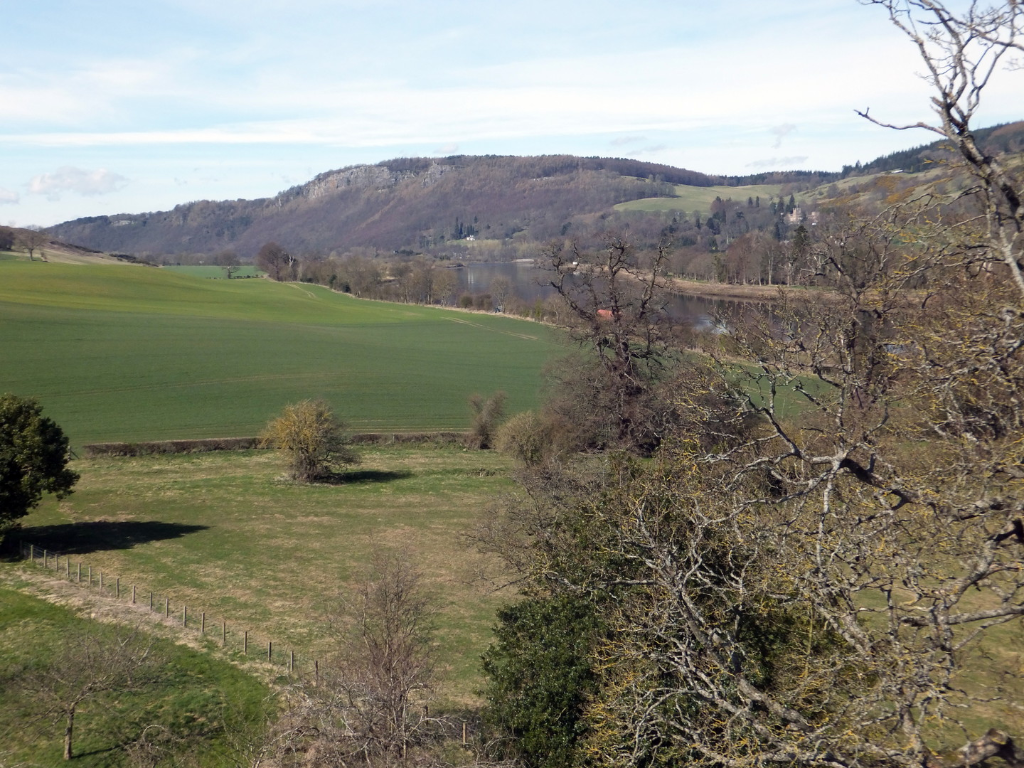 William Wallace is supposed to have sheltered here, but nothing of this early castle apparently remains, although the south-west tower may be older than the rest of the castle. 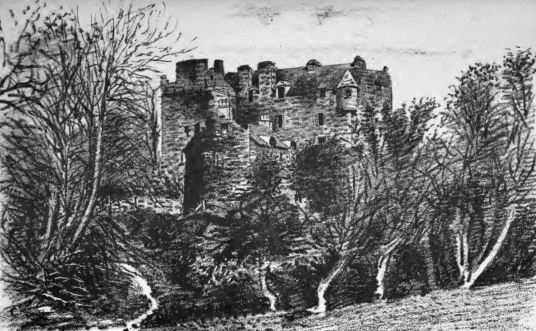 The Wemyss family held the property from 1468, and built the existing castle towards the end of the 16th century. John Wemyss was made Lord Elcho in 1633, as well as Earl of Wemyss (see Wemyss Castle and Gosford House) the same year. David, Lord Elcho, fought and survived the Battle of Culloden on the Jacobite side in 1746, but had to flee to France, where he died in 1787. He was forfeited. 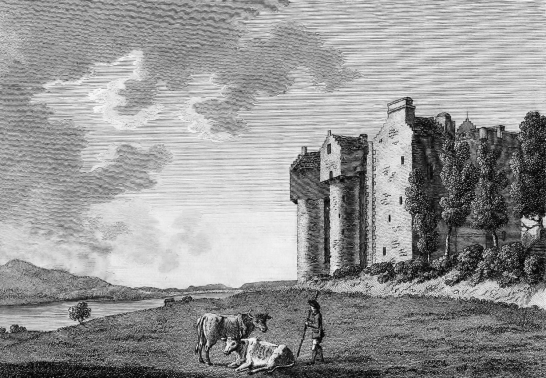 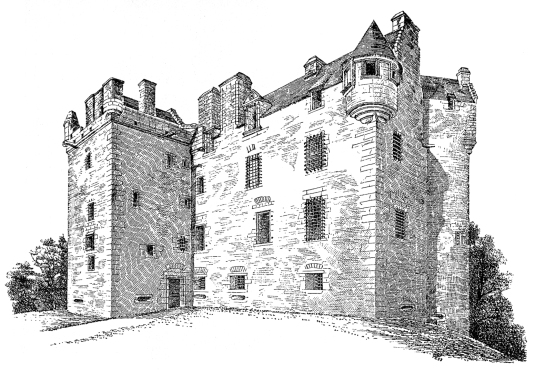 By the 1780s Elcho Castle was abandoned, although it may have been used to house farm workers, and deteriorated. It was reroofed in 1830, and has been in the care of the State since 1929. Elcho is home to pippistrelle and brown long-eared bats. 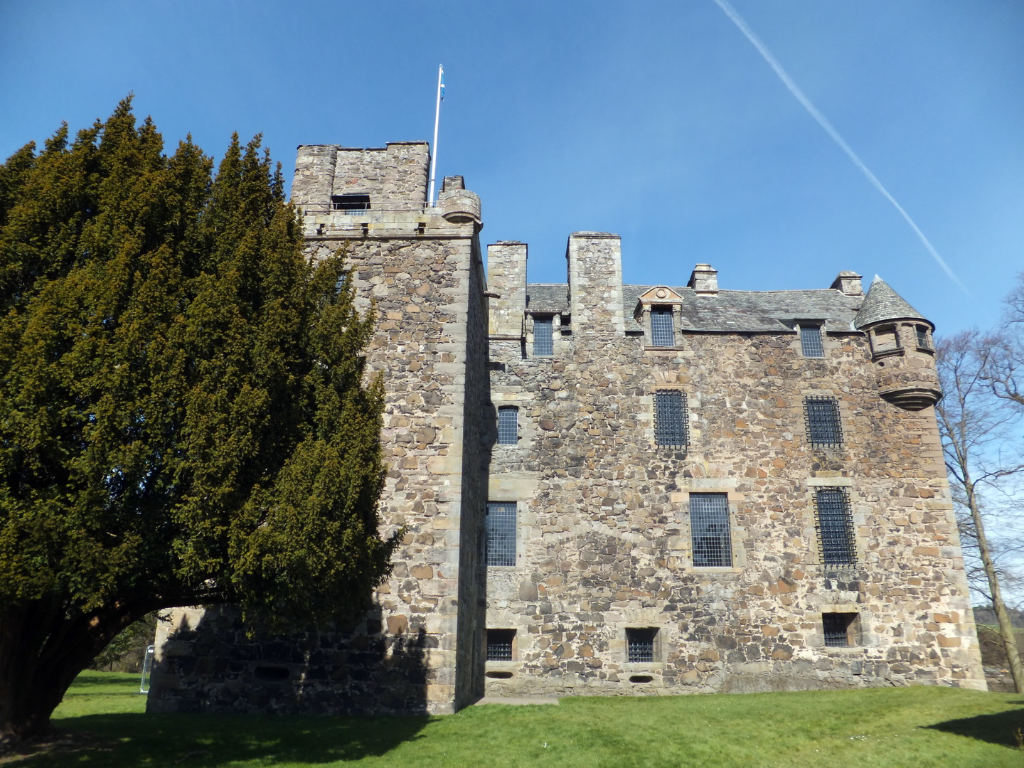 There are stories that the castle is haunted by a 'White Lady', said to be the bogle of a woman who was burned when her dress caught fire.