Lothians: South-east of Prestonpans, on roads north of B1361, in the Preston area, between Preston Tower and Northfield House, at Hamilton House. 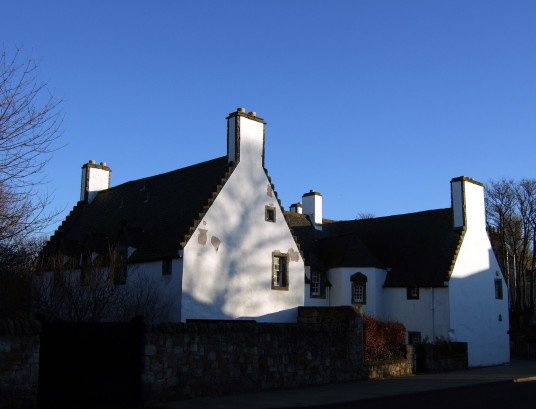 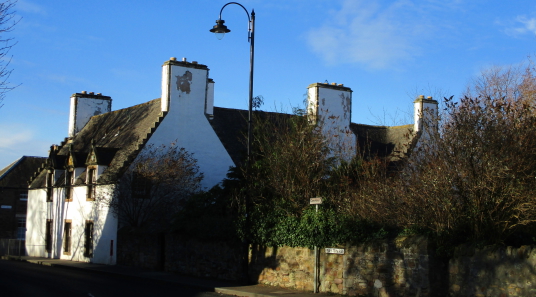 One of four old houses around the village of Preston, Hamilton House (also known as Magdalen House) consists of a main block of two storeys with projecting wings at both ends. 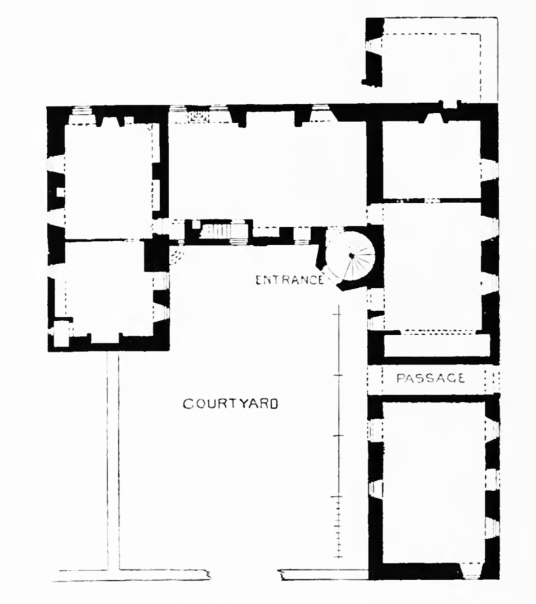 Hamilton House: plan, the courtyard has been partially demolished to the passage marked on the plan and the road widened (MacGibbon and Ross) 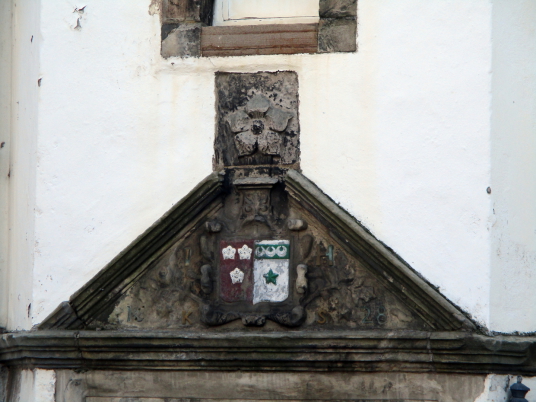 A hexagonal stair tower stands in one re-entrant angle, and a round corbelled-out turret with a conical roof in the other. The roof is steep and stone-tiled, and the gables are corbiestepped. The walls are whitewashed, and the house is dated 1626 or 28, with the initials IH and KS for Sir John Hamilton, Lord Magdalen, and Katherine Sympson, and the three dormer pediments have Hamilton’s arms, their impaled inititials and the date 1628, and Katherine’s arms. 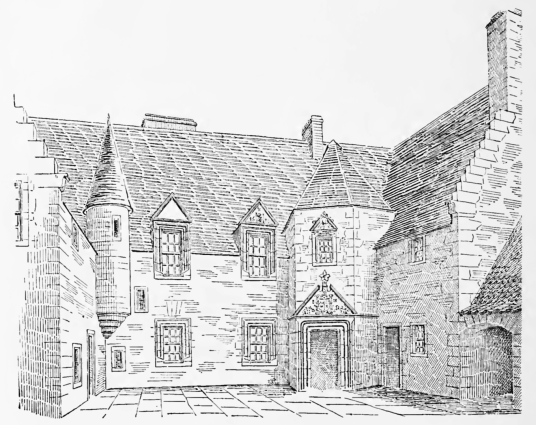 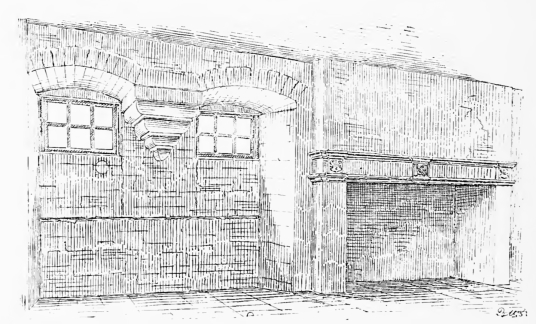 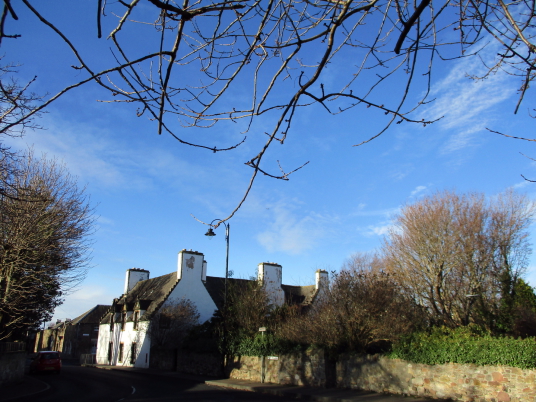 The courtyard was formerly larger with an outbuilding and pend but these have been demolished with the widening of the road. The road level on the south has also been raised about two feet.
The building has been completely altered inside. 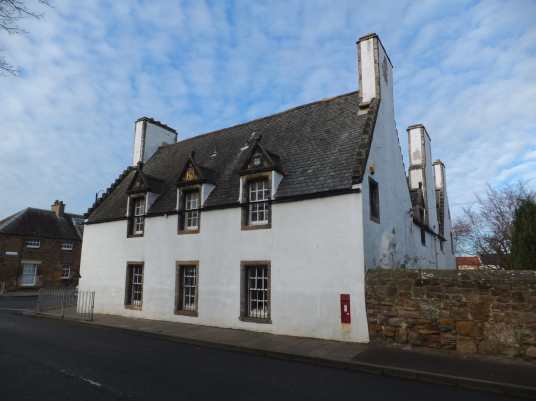 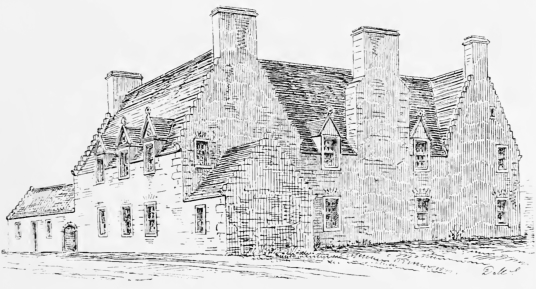 The house was a property of the Hamiltons, and was built for Sir John Hamilton, Lord Magdalens and a Senator of the College of Justice, brother of the 1st Earl of Haddington. The Hamiltons left the property in the 1740s, and during the 19th century the building was used as abarracks and as a tavern. The building was owned by the Hislops around 1880. Although derelict at one time and due to be demolished, the building was sold to The National Trust of Scotland in 1937 and has been restored as a private residence.

This is one of five old houses in Prestonpans, the others being nearby Preston Tower (also see this entry for Athelstane Lodge) and Northfield House, and Harlawhill House.