Dumfriesshire: About 8 miles south-east of Dumfries, on minor road west of B724, about 2 miles north of the Solway Firth, at Comlongon Castle Hotel. 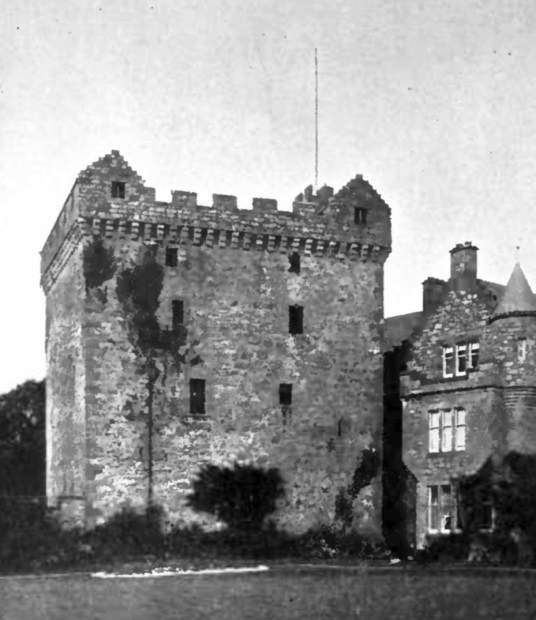 Standing in 120 acres of secluded woodland and gardens, Comlongon Castle is a massive 14th- or 15th-century tower of five storeys and a garret within a corbelled-out parapet. Parts of the parapet are roofed-in to form small gabled chambers, and there is a caphouse crowning the main stair. The castle formerly had a courtyard and moat, but this was removed when the adjoining castellated mansion was built in the 19th century. A fire damaged the new part late that century and it was restored in 1901. 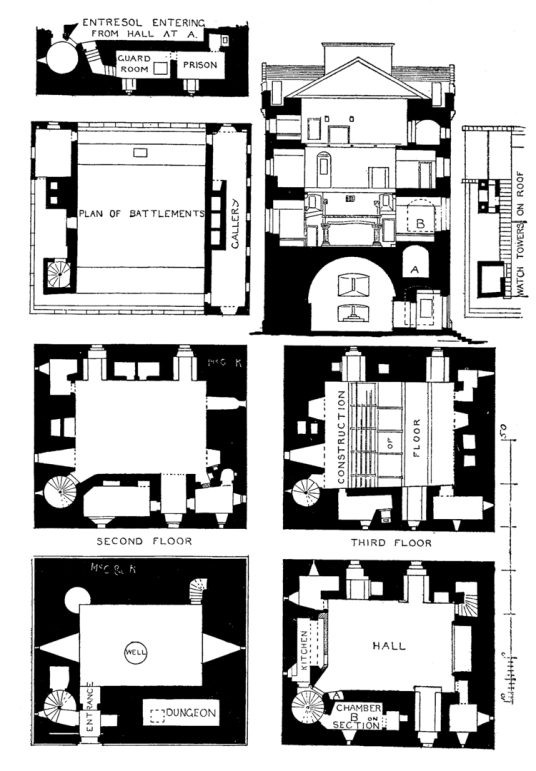 The entrance to the tower, still with its iron yett, is reached by an external stair. It leads to the vaulted basement which has very thick walls, with a well, and to the turnpike stair, which climbs to the first-floor hall. The hall has a stone-flagged floor, two fireplaces – one in a deep arched recess – and two mural chambers, one reached by a stair in the thickness of the wall, which goes to a guardroom and dark prison. There were private chambers above, each with its own fireplace. 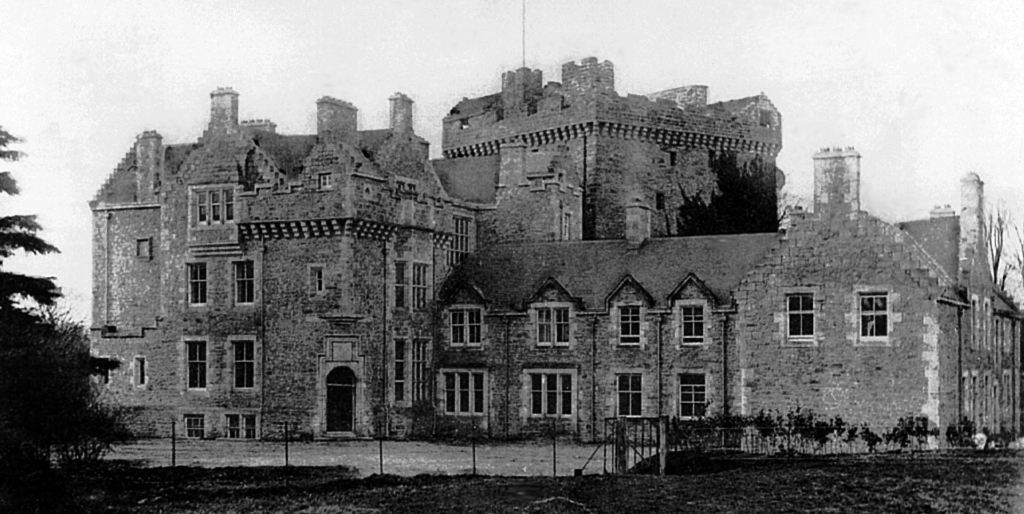 ‘Kumlingen Cast.’ is marked on Blaeu’s map of Annandale, and ‘Comlonga Castel’ is on Bughley’s map of 1590. ‘Comlongon Castle’ is depicted as a large house on Crawford’s map of Dumfries of 1804. 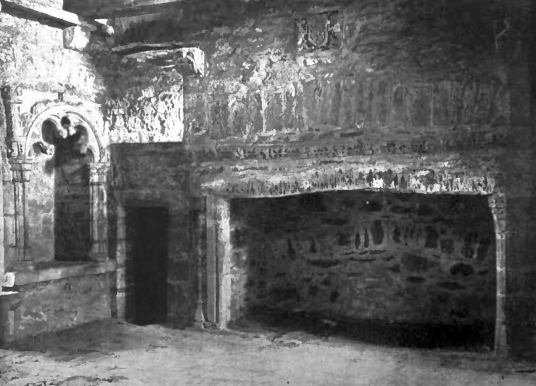 David Murray, Viscount of Stormont, had a ratification of 1681 which again mentions the tower and fortalice of Comlongon: the family also owned (and own) Balvaird Castle and Scone Palace. The Comlongon estate was sold by William Murray, 8th Earl of Mansfield, in 1984, and the mansion was then restored, and the tower is now part of a hotel. The building was used as a wedding venue but this ceased trading in April 2019 after the business got into financial difficulties. The property was put on the market for £1.1 million. 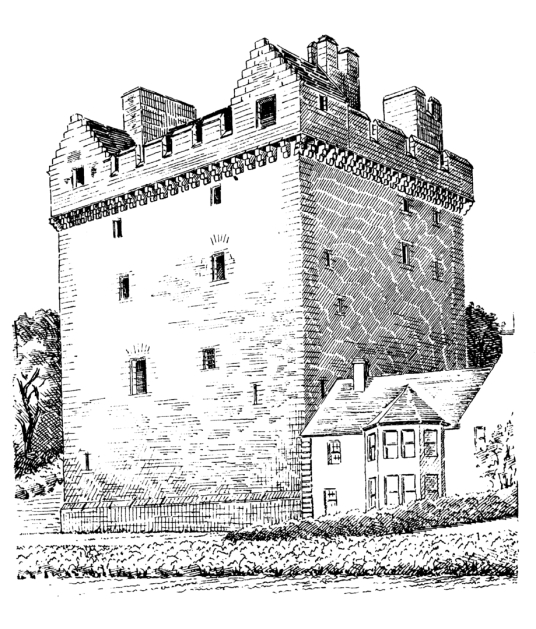 Comlongon Castle: the house to the left has been replaced by a later mansion (MacGibbon and Ross)

The Murrays of Cockpool had a burial aisle at Ruthwell Church [NX 101682], which dates from as early as the 11th century and was dedicated to St Cuthbert. The fabulous 7th-century Ruthwell Cross is housed inside. 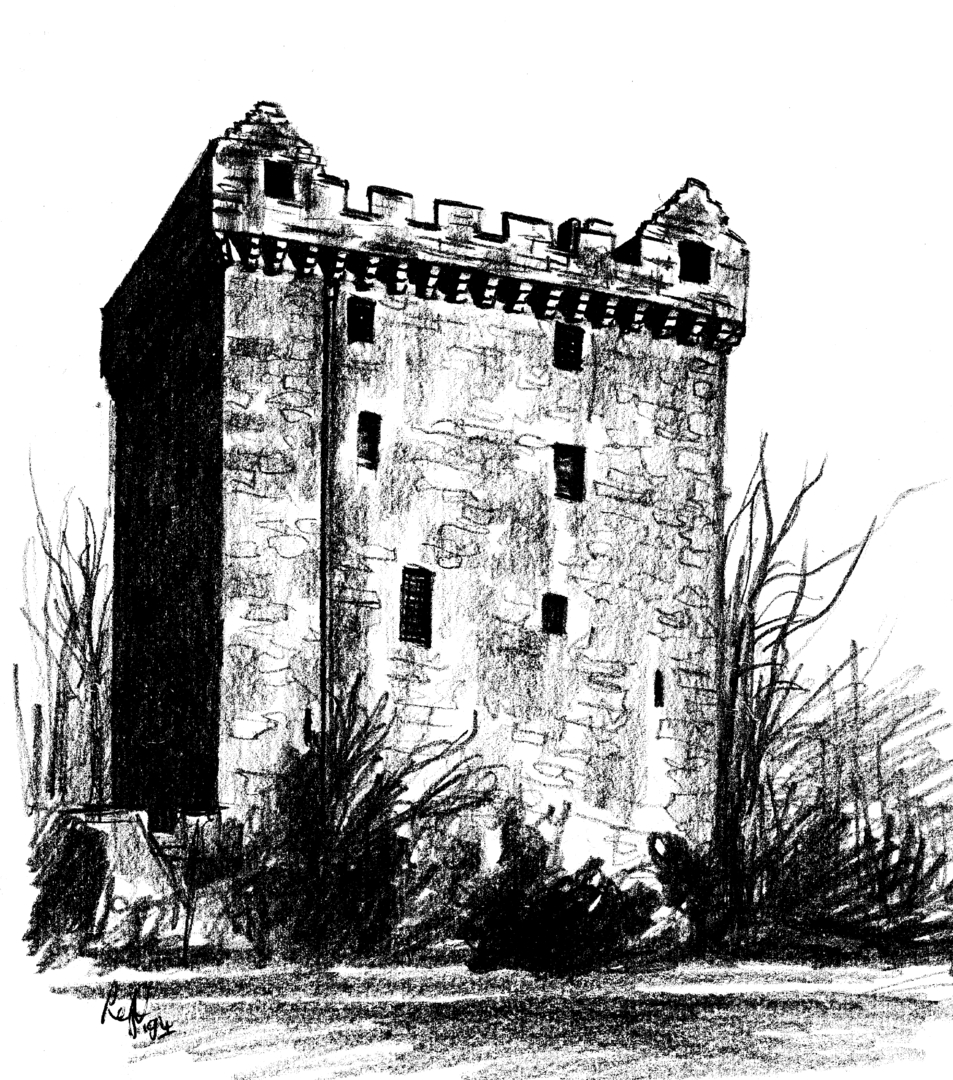 Comlongon Castle is said to be haunted by a ‘Green Lady’, the spirit of Marion Carruthers of Mouswald. She was the joint heir to her father’s lands because he did not have a son. The poor girl was forced into a betrothal of marriage with Sir James Douglas of Drumlanrig, or to John MacMath, his nephew, depending on the version, a man she did not love. Their motives appear to have been property rather than desire, as marrying her would mean that her husband would acquire part of her father’s substantial property. 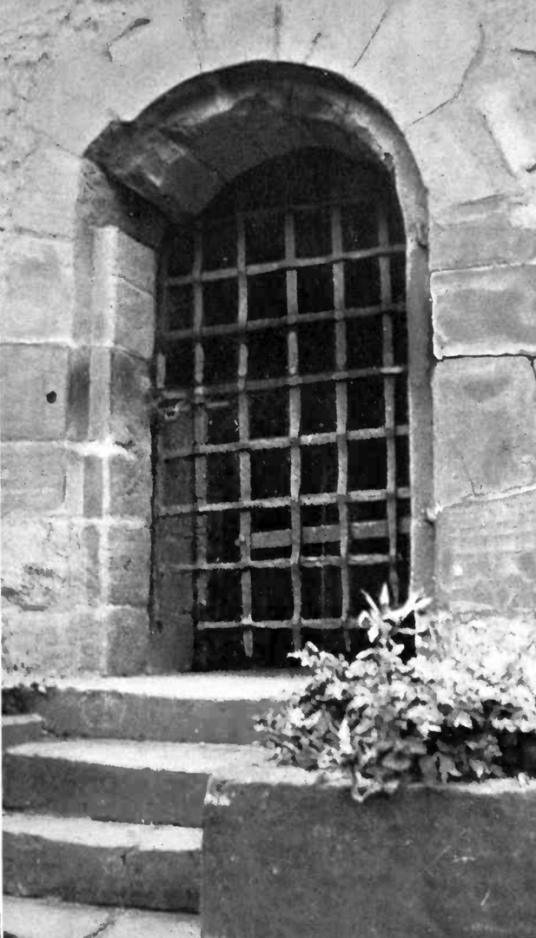 Marion fled to Comlongon, the castle of her uncle, Sir William Murray. She was so distressed from the long dispute that she committed suicide by jumping from the lookout tower. An alternative version is that she was murdered by the Douglases, who gained access to her room and threw her from the roof. Because she was thought to have committed suicide, she was not given a Christian burial. It is said no grass will grow on the spot where the poor girl died. This happened on 25 September 1570, and the events to this point are well documented. 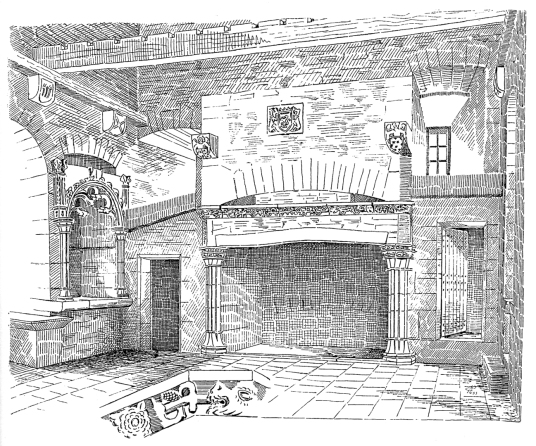 Her apparition, a ‘Green Lady’, is said to have been witnessed, both in the grounds and castle, a forlorn sobbing girl. The sounds of her weeping have also been heard, and a ghostly presence, which has pushed past people, has also been recorded. Some say that she searches for a proper resting place as she was not given a burial on consecrated ground.

More on the ghost story from www.bogles.co.uk