Stirling & Clackmannanshire: About 6 miles west and north of Falkirk, west of A872, in Dunipace, just north of River Carron, Herbertshire Castle Park.

Grounds are a public park. 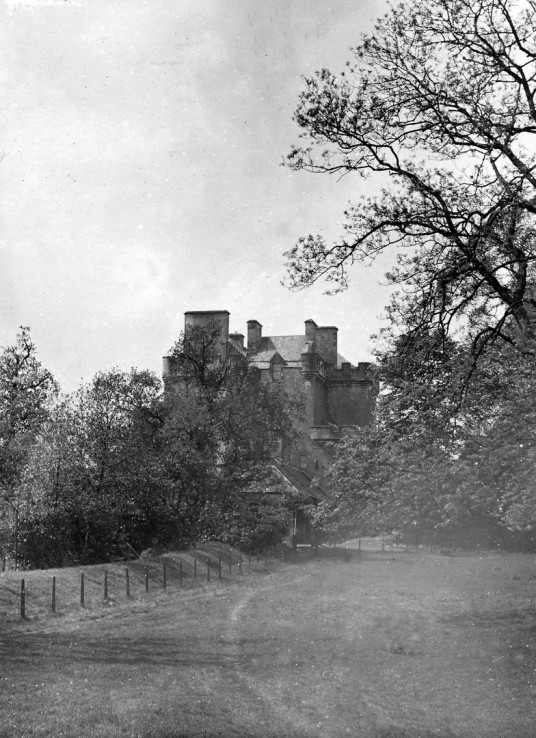 Herbertshire Castle: demolished (1885?, Photo many thanks and © Michael Streuli)

Site of large, altered and extended 16th-century L-plan tower house. The castle was demolished in the 20th century, and nothing remains except some grass-covered banks and undulations. The grounds are now a public park.
‘Harbertyshyre’ is marked on Blaeu’s map of Stirlingshire. 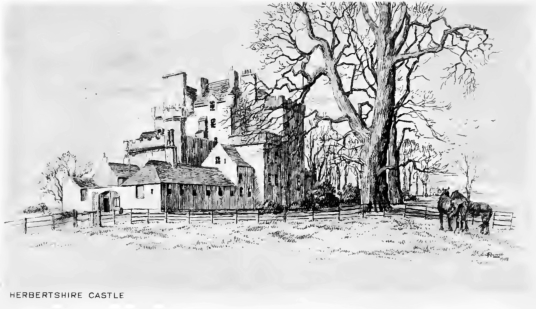 Dunipace was held by the Douglases in the 13th and 14th century, but went by marriage to the Sinclairs of Roslin, and a charter of 1474 mentions the ‘lands and barony of Herbertshire with the castle and fortalice thereof’. William Sinclair of Herbertshireis is on record 1583. The property went to Alexander Elphinstone, 1st Earl of Linlithgow, in 1608. 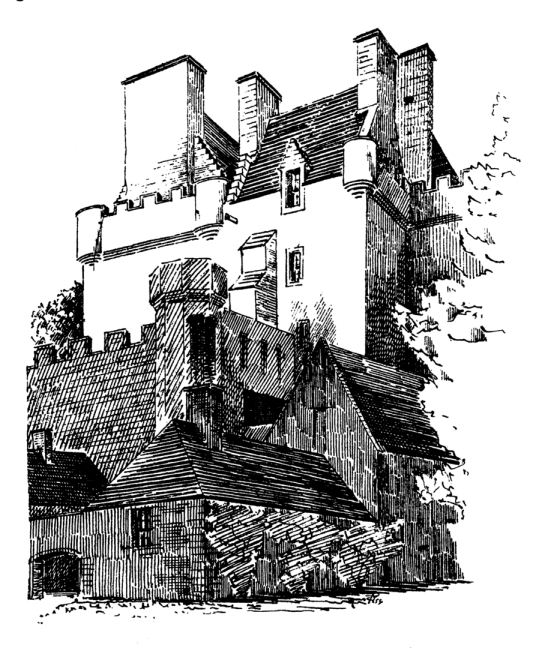