Western Isles: About 6 miles north of Lochmaddy on North Uist, on foot east of B893, 0.5 miles south of Newtonferry, on island in Loch an Sticir, at Dun an Sticer.

OPEN: View from exterior – care should be taken. 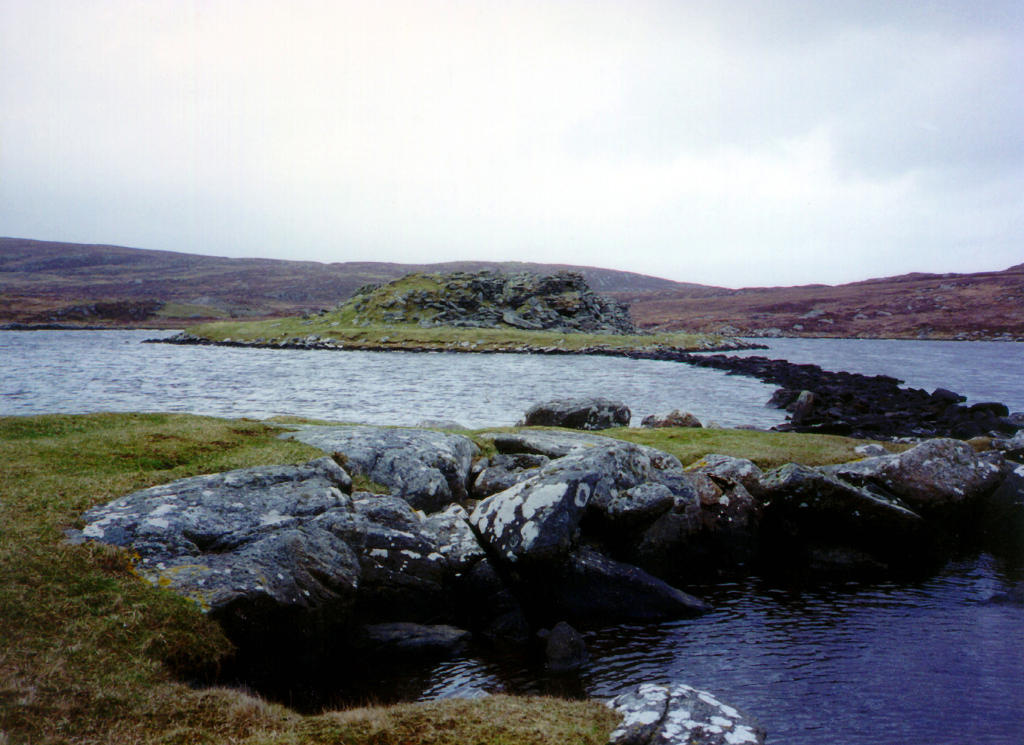 Although originally an Iron Age dun, the massive walls of the dun had a gallery, part of which can be seen, and survive to a height of over 10 foot. The entrance can be traced, and there are two splendid causeways out to a neighbouring islet, Eilean na Mi-Chomhairle (‘island of the bad council?’), then another causeway out to the dun. 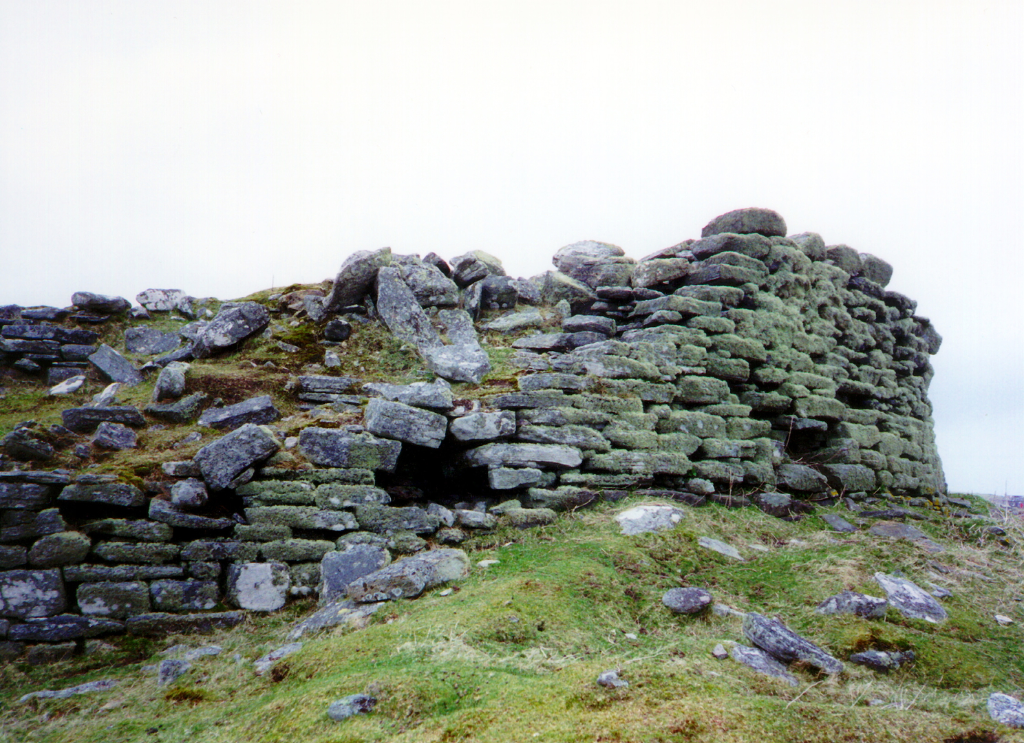 The place appears to be marked as ‘Dunamich’ on Blaeu’s map of the southern Outer Hebrides.
The dun was inhabited by Hugh MacDonald, one of the MacDonalds of Sleat and son of Hugh the Clerk, until 1602. He sheltered here after plotting to slaughter his kin, but was eventually captured to be starved to death in Duntulm Castle, on Trotternish, in Skye. Sticar is said to mean ‘skulker’.