Perthshire: About 3 miles north-east of Aberfeldy, on minor road just south of A827, 0.25 miles south of River Tay, at Grandtully Castle.

OPEN: The castle is not open to the public.

The chapel is in the care of HES and open to the public. 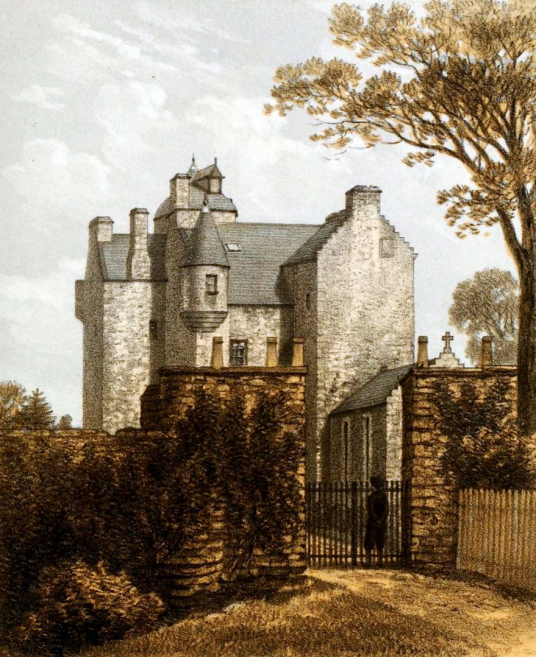 An impressive, substantial and well-preserved fortress, Grandtully (pronounced ‘Grantly’) Castle consists of a 16th-century Z-plan tower house of three storeys and a garret with 17th-century alterations and extensions. To this was added a large mansion in the same style in 1893. The tower may incorporate older work as the walls are very thick. 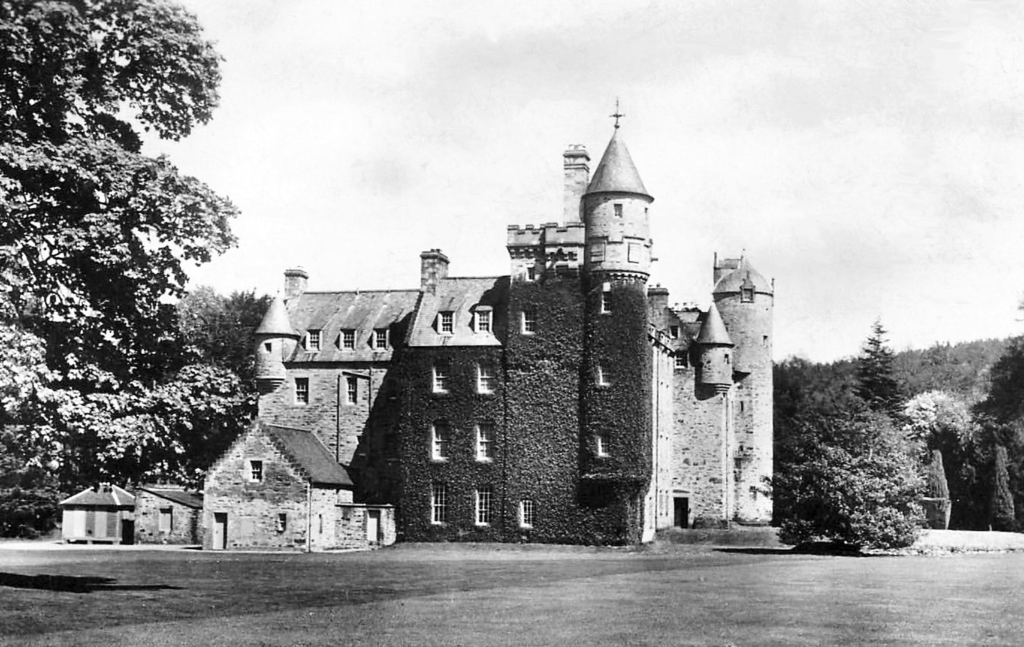 There was an earlier castle, about 1 mile to the east, dating from about 1414.
The tower consists of a rectangular main block and square towers, projecting at opposite corners, with a tall round stair-tower rising in one re-entrant angle. Conical-roofed bartizans crown several of the corners. 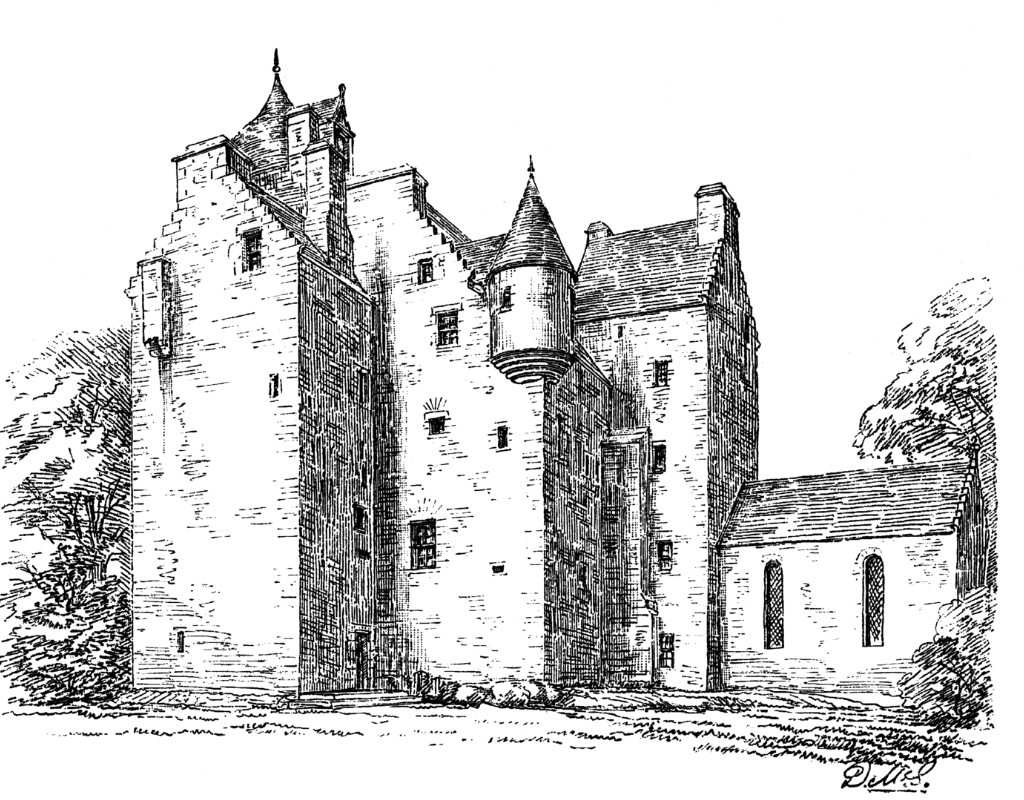 The entrance, at the foot of the stair-tower, is flanked by a guardroom with a pit-prison. The basement is vaulted, and the old kitchen is in one of the square towers. The hall, on the first floor of the main block, was panelled.
The castle is prominently marked on Pont’s map of the Upper Tay as ‘Garntully’, and is depicted as a large castle with several tall towers with conical roofs, in an enclosed and wooded park. 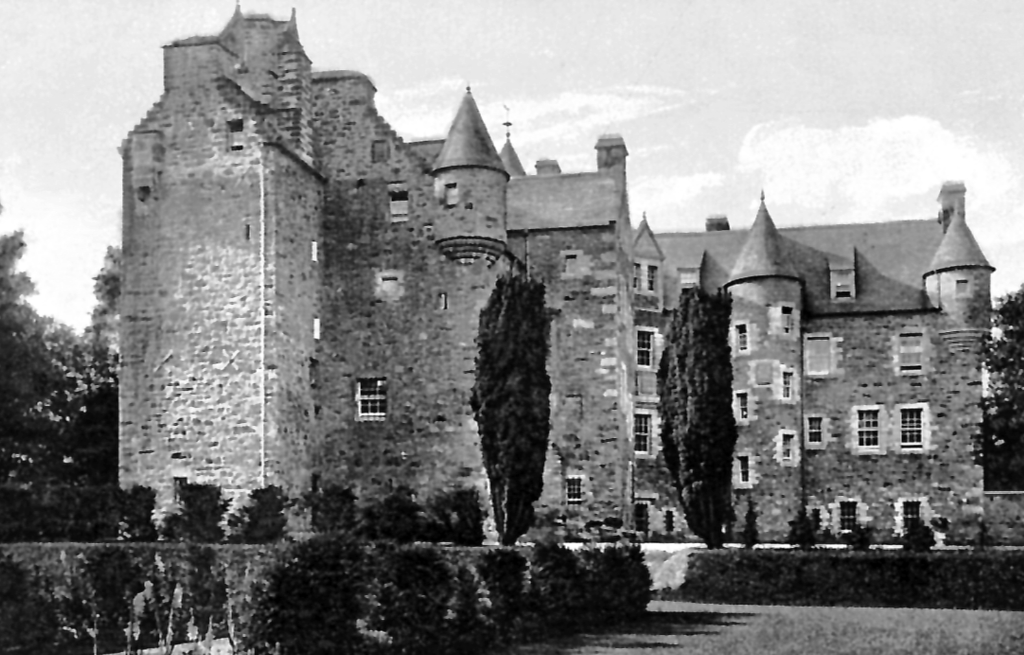 Grandtully was a property of the Stewarts from the 14th century, and Thomas Stewart of Grandtully is mentioned in 1587, then Sir William Stewart in 1612 and later. 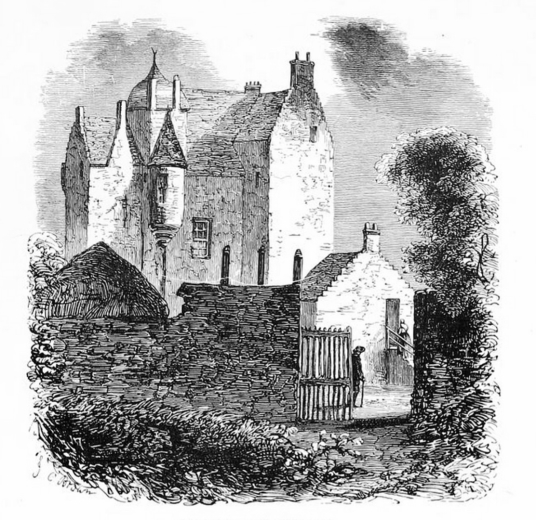 The castle is in a strategic position and was used by the Marquis of Montrose, General Mackay, Argyll, the Earl of Mar in the Jacobite Rising of 1715, and Bonnie Prince Charlie in the 1745 Rising. Murthly Castle was the chief messuage for the barony of Grandtully, but Grandtully was restored and reoccupied by the Stewarts in the 1920s. 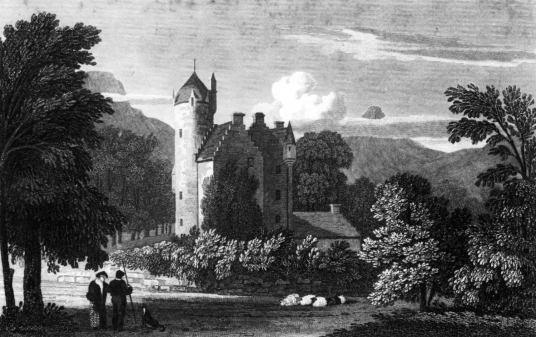 After defeat at the Battle of Killiecrankie, a soldier killed an officer in one of the bartizans, the blood staining the floor and said to be permanently visible. 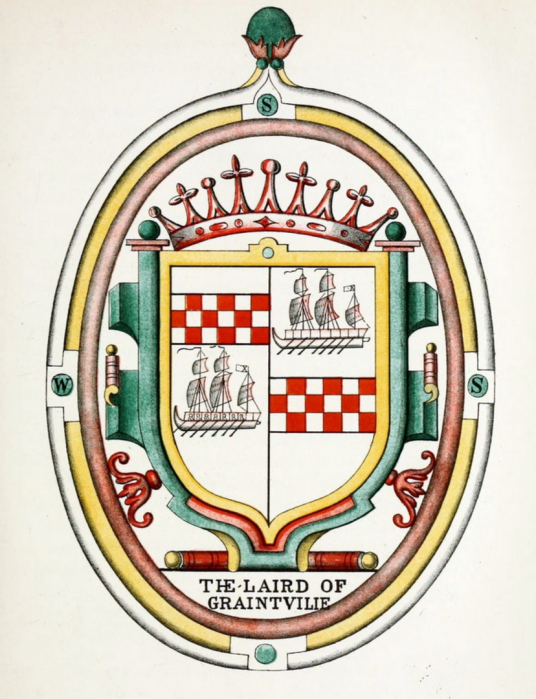 Dating from the 16th century, St Mary’s Church [NN 886505] was probably built (or rebuilt) around 1533  by Alexander Stewart of Grandtully. Remodelled in 1633, when a finely painted ceiling, illustrating symbolic and biblical subjects, as well as the achievements of the Stewart family, was added by Sir William Stewart of Grandtully and Dame Agnes Moncrieffe, his wife. The church was no longer used from 1892 and is in the care of HES.