Argyll & Dunbartonshire: About 7 miles south-west of Strachur, on minor road and foot north of B8000, on north side of Lachlan Bay in Loch Fyne, south-west of Castle Lachlan.

OPEN: Castle Lachlan: access at all reasonable times: care should be taken as dangerously ruined.

Church at Kilmorie may be visited. 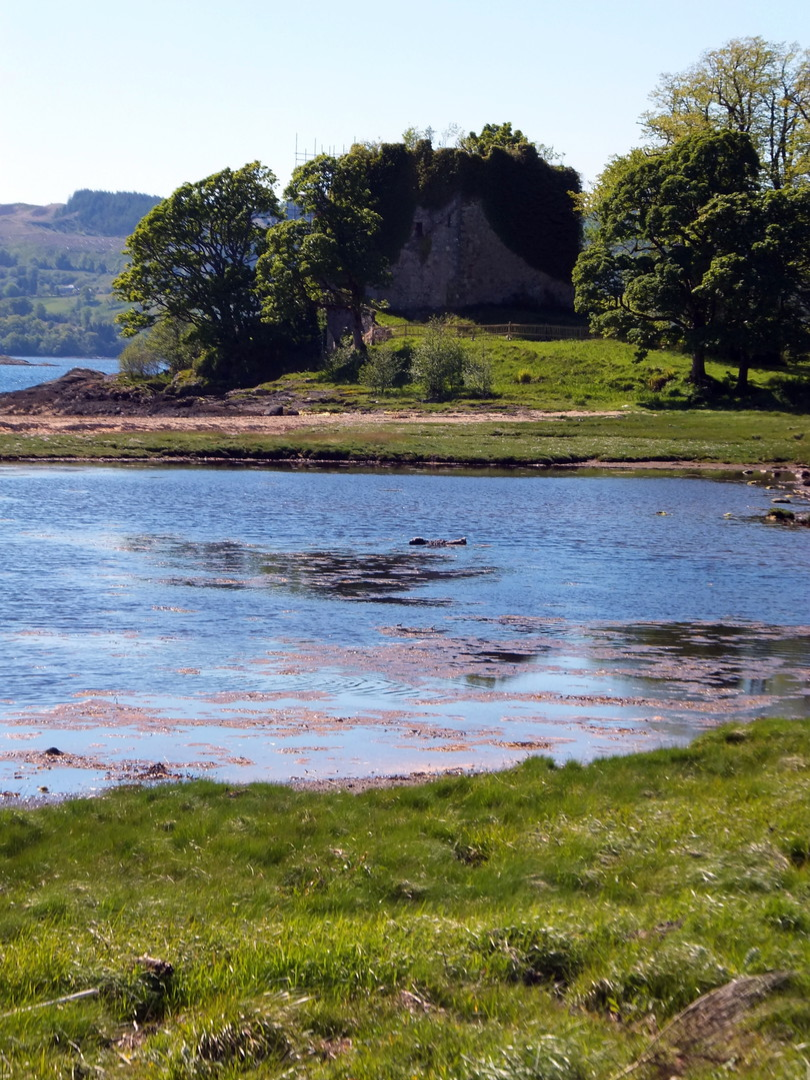 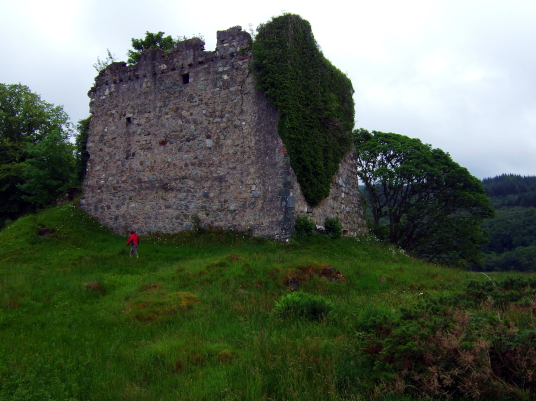 On a promontory by Lachlan Bay in a very scenic spot, Castle Lachlan is a substantial ruined 15th-century castle, consisting of a thick curtain wall, within which are ranges of buildings, including a kitchen and hall, enclosing a small internal courtyard. The basements are vaulted, the buildings rose to four storeys, and a turnpike stair climbed to the upper floors. There is a small outwork defending the entrance and a large gunloop. 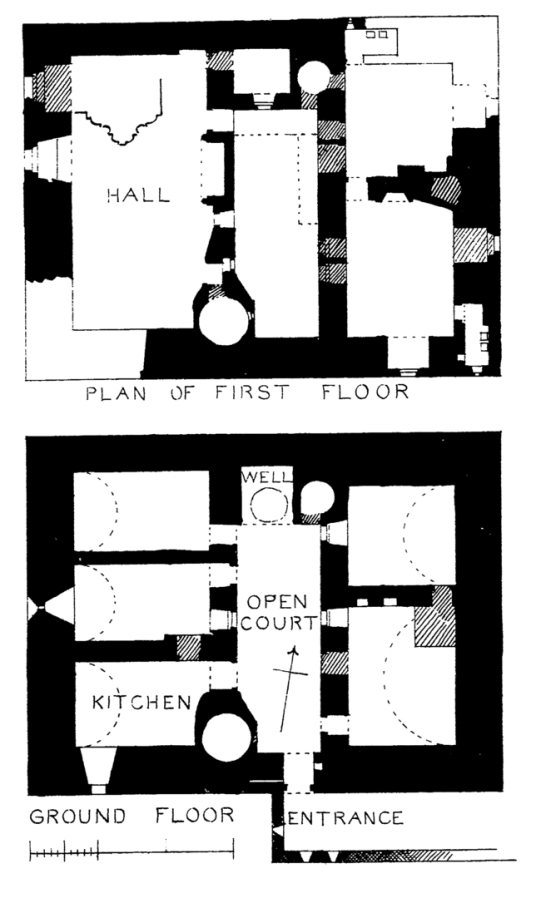 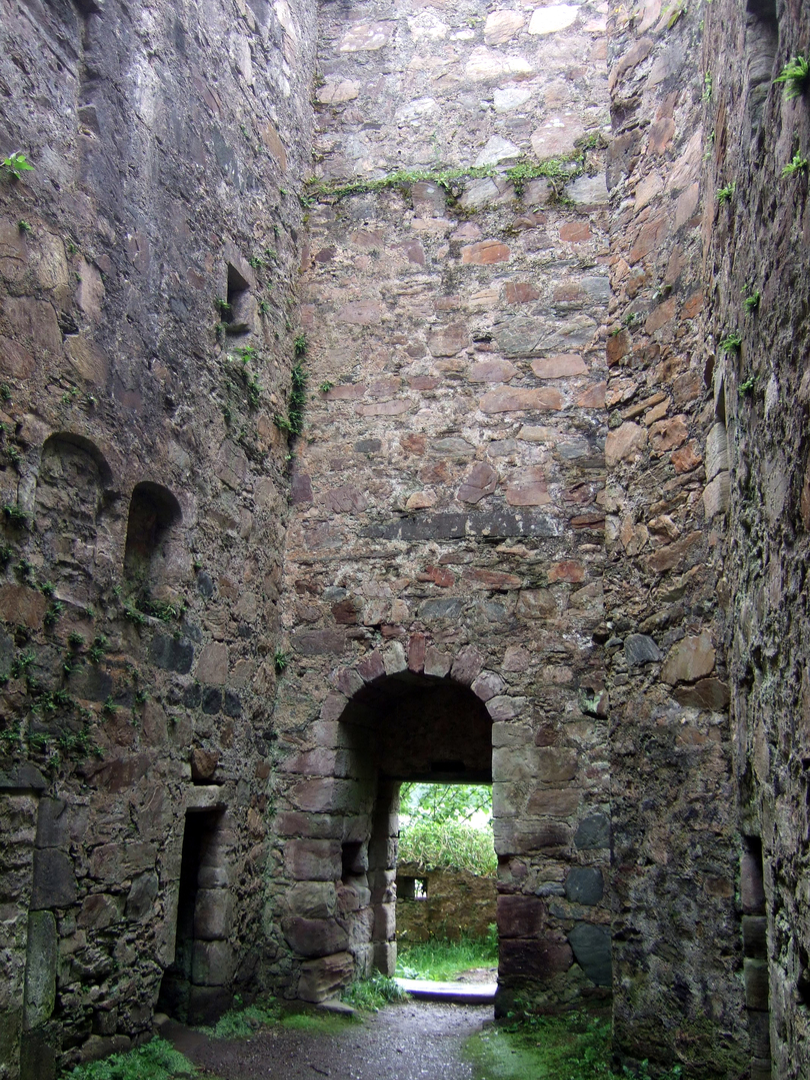 The MacLachlans came from Ireland, where they had been kings of Ulster, but had settled around Loch Fyne by the 13th century, and had an earlier castle here, referred to in a charter of 1314. It may have been on an island in Loch Fyne. Lachlan MacLachlan had a ratification of 1633 which mentions the lands of Kilbride, with the castle and fortalice of the same, and this is presumably Castle Lachlan. 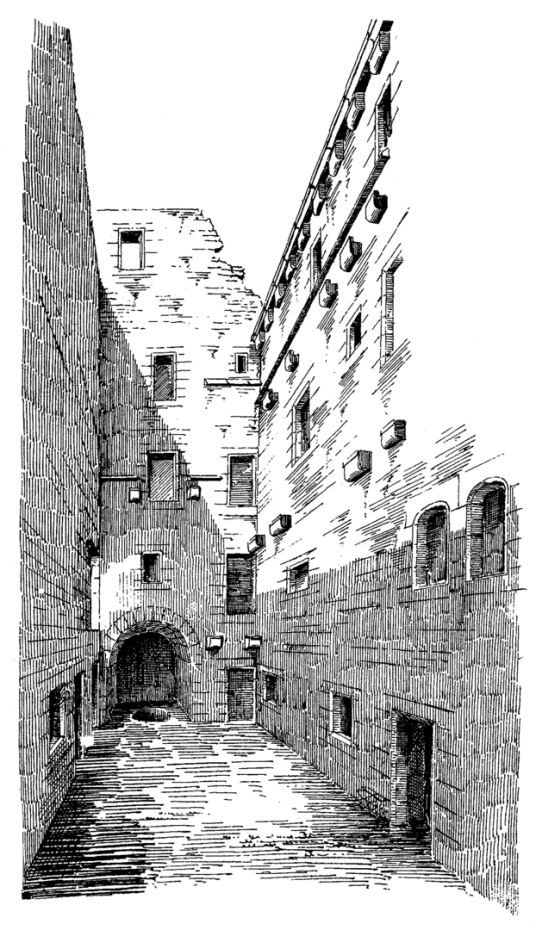 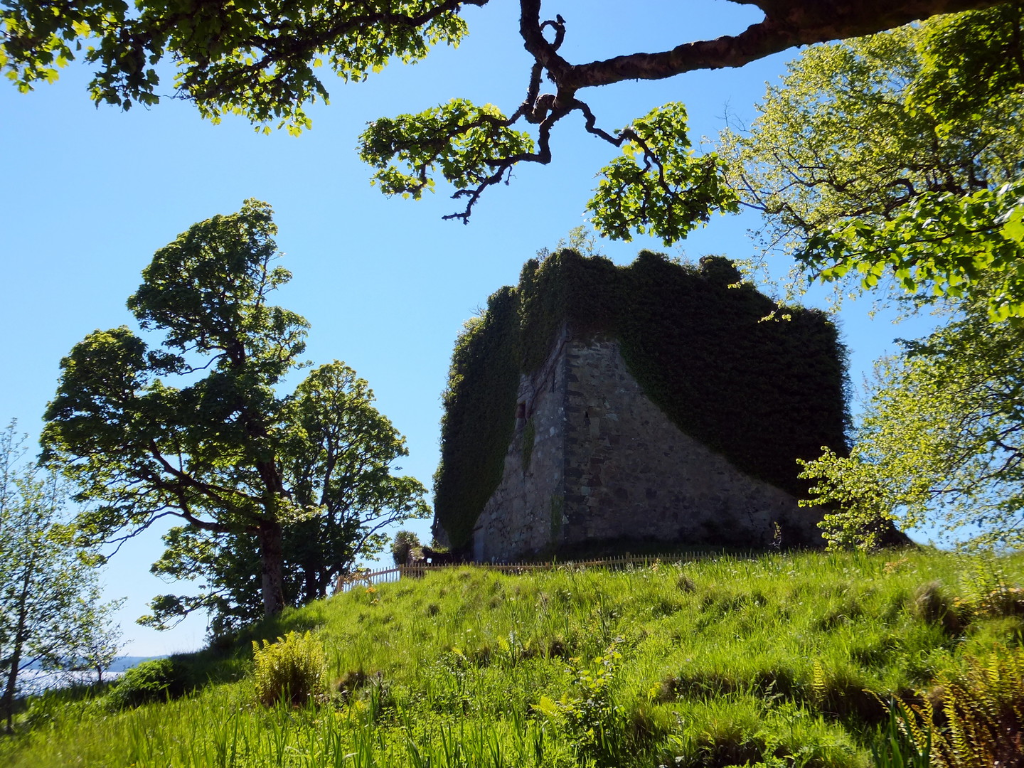 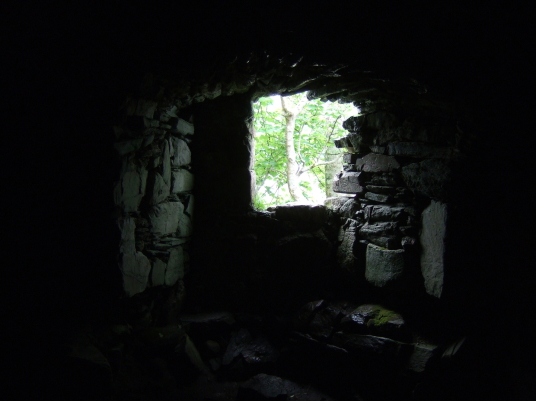 The family supported Bruce in the Wars of Independence, and sensibly were on good terms with the Campbells, helping them subdue the Lamonts in 1646 (see Dunoon Castle and Toward Castle). The clan, however, were Jacobites and fought at Killiecrankie with Bonnie Dundee in 1689. They also took part in the 1715 and 1745 Jacobite Risings. Lachlan MacLachlan, chief of the clan, was killed at the Battle of Culloden in 1746, and the castle was attacked by a Hanoverian warship, although it did little damage. Part of the old castle was apparently habitable until 1790. The building is ruinous and overgrown, and work is being done to consolidate the castle. 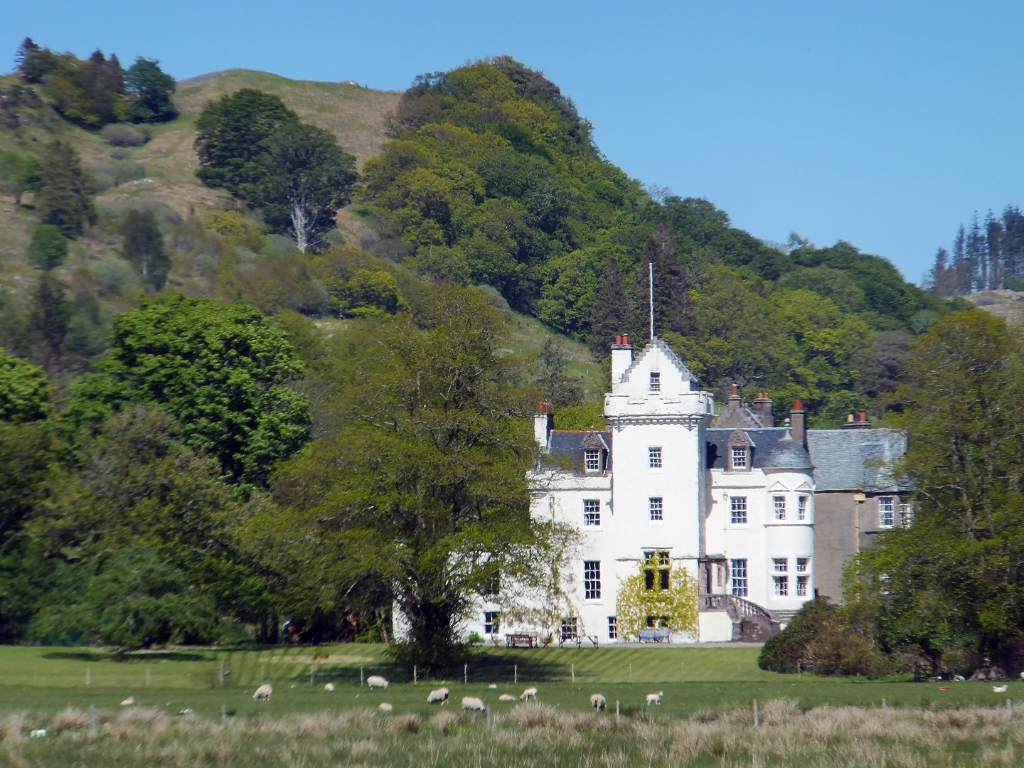 The MacLachlans managed to keep their lands, but the castle was not rebuilt and a new house, (now) a large castellated mansion also called Castle Lachlan [NS 013956] with a dominating battlemented tower and white-washed walls, was built nearby. It is still held by the clan, the MacLachlans of MacLachlan, and the building is currently being consolidated.
The MacLachlans have a burial aisle at the Old Parish Church at Kilmorie [NS 011952], dating from the 15th century, although now without a roof. There are also interesting burial slabs in the cemetery and a damaged cross-shaft. 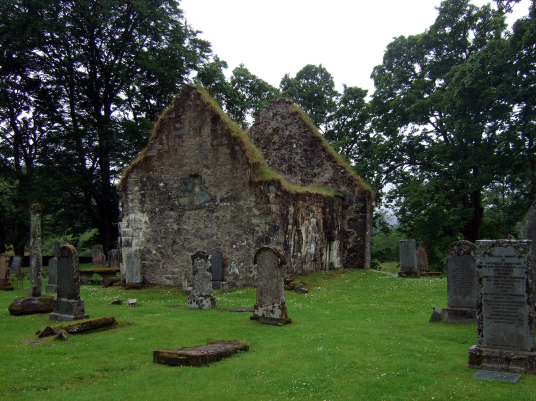 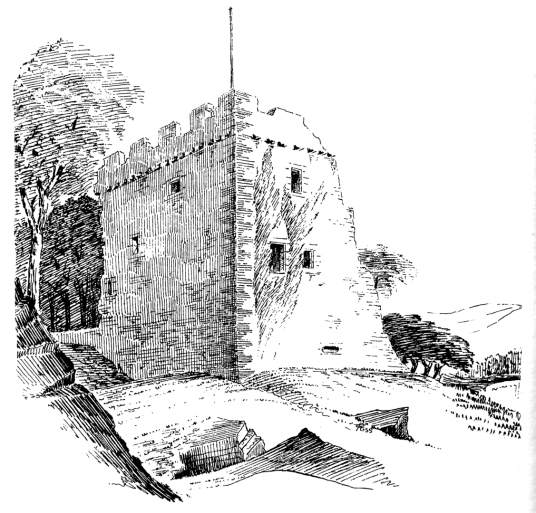 The old castle was said to have a brownie or gruagach, which is reputed to have transferred to the newer building and to only be witnessed when housework has not been properly carried out.