Floors Castle is the massive and magnificent mansion of the Kerr Dukes of Roxburghe, with a richly decorated and sumptuous interior, set in rolling grounds with a colourful walled garden, near Kelso in the Broders in southern Scotland. 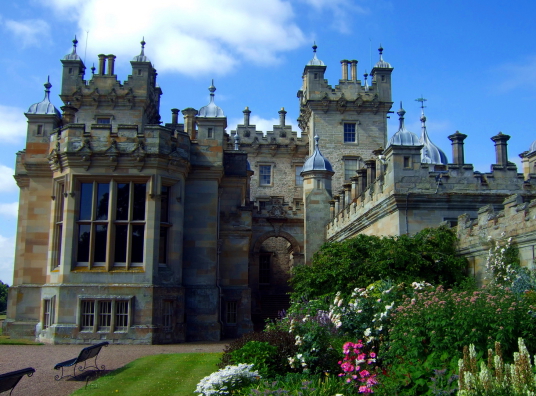 Borders: About 1 mile north-west of Kelso, on minor roads west of A6089 or south of B6397, north of River Tweed, at Floors Castle. 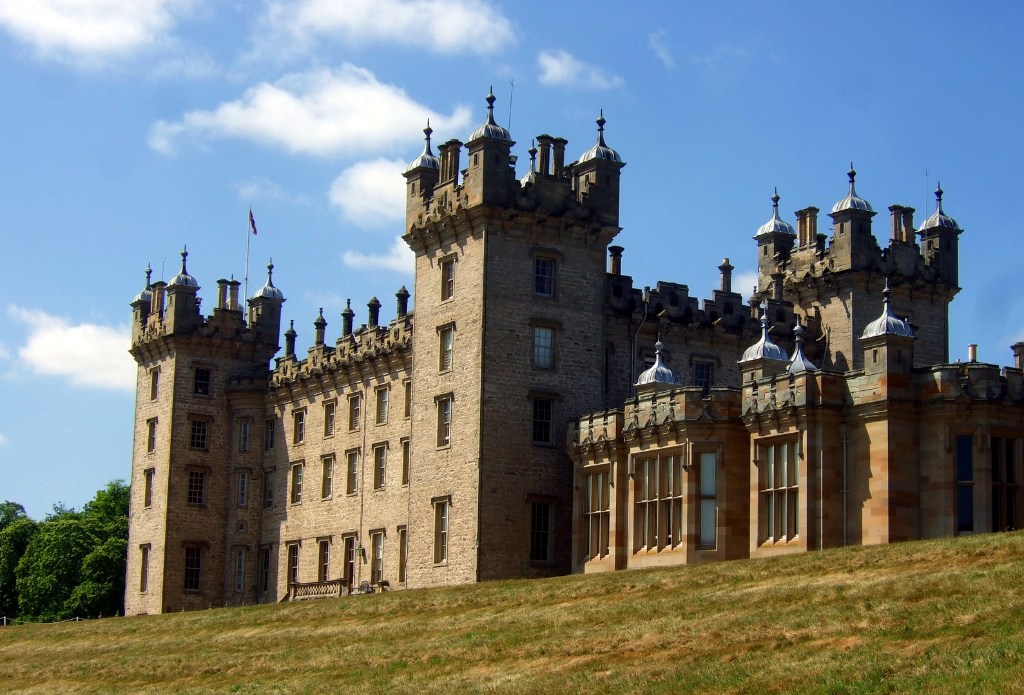 The largest inhabited house in Scotland, Floors Castle is a grand and imposing mansion, with a substantial towered and turreted central block with other wings and ranges, large enough in themselves to form a substantial mansion. 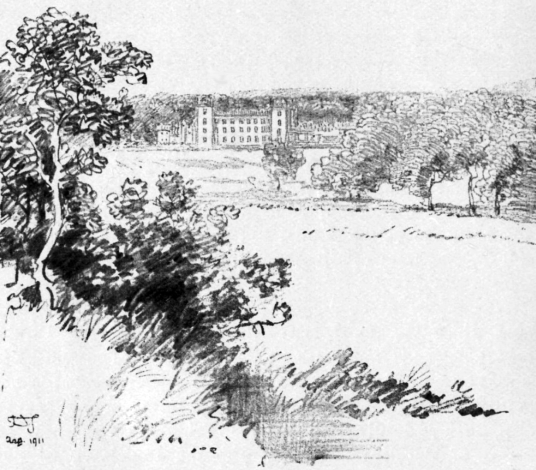 The building mostly dates from 1721, and was designed by William Adam for John Kerr, 1st Duke of Roxburghe, and was added to the eastern end of an old tower house. Building materials were brought from Cessford Castle. Kerr supported the Union of Parliaments of 1707 and had been made Duke of Roxburghe that same year. 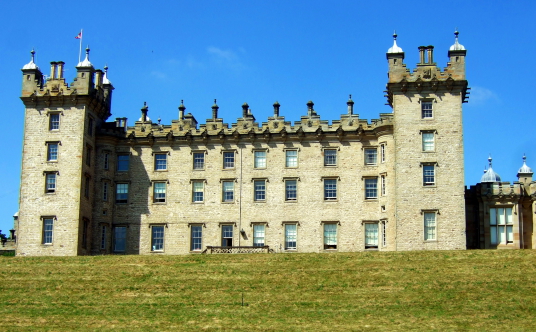 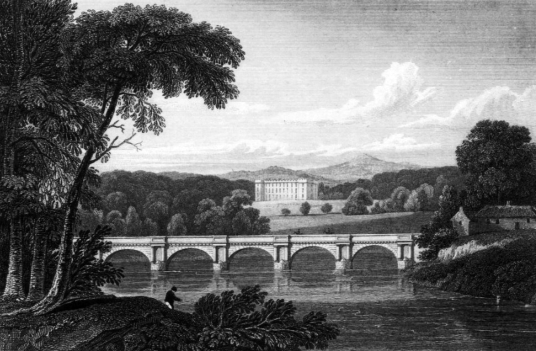 In the 1830s, the house was remodelled by William Playfair for James Innes-Ker, 6th Duke of Roxburghe, with a profusion of spires and domes. There is a beautiful and well tended walled garden with fine colourful herbaceous borders, and Floors is set in attractive landscaped parkland with fine views and old trees and woods. 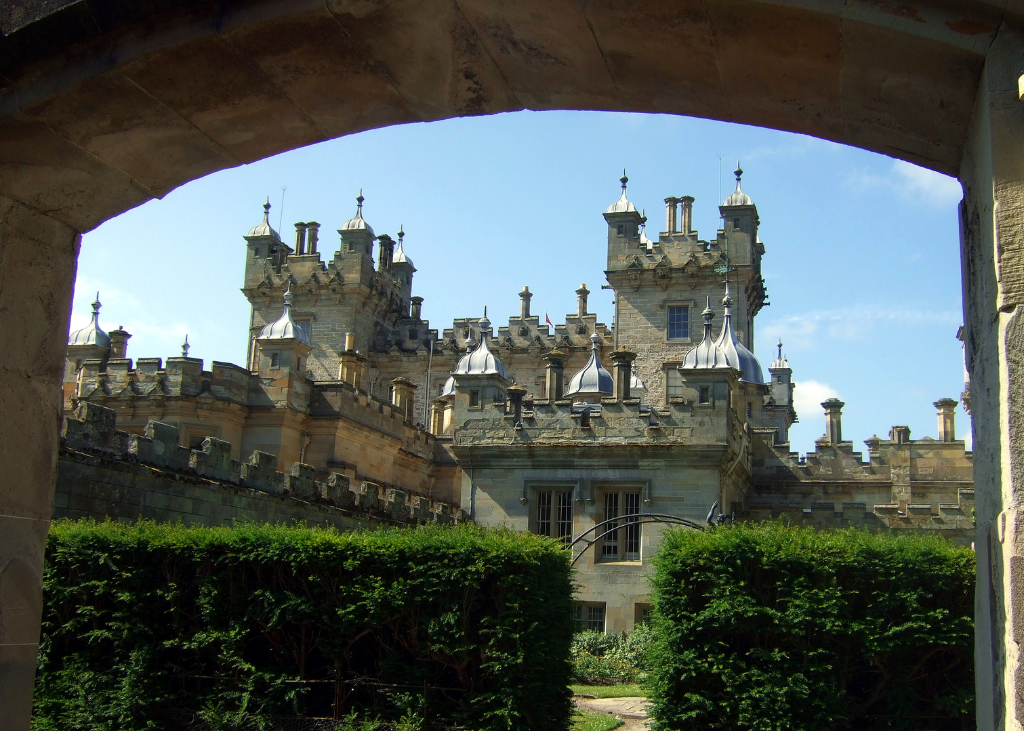 Site of tower house, and ‘Fleurs’ is marked on Blaeu’s map of The Merse. This was a property of the Kerrs of Cessford, and the place was burnt by the English under the Earl of Hertford in 1545. Some of the old tower may be incorporated into Floors Castle. The family acquired the lands and property of the wealthy Kelso Abbey following the Reformation. 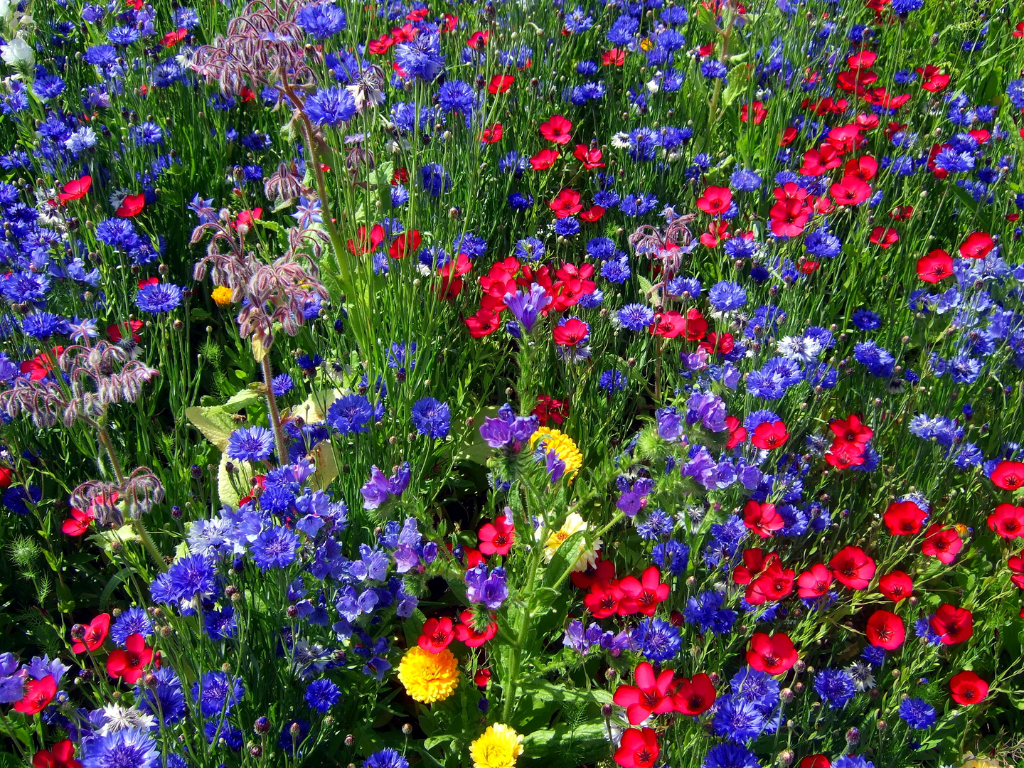 The family, now Innes-Ker and Dukes of Roxburghe, Marquis of Bowmont and Cessford, Earl of Roxburghe, Earl of Kelso, Viscount Broxmouth etc, still own Floors, and the current Duke is Guy Innes-Ker, 10th Duke of Rosburghe.

Floors was used in the 1984 film Greystoke: the Legend of Tarzan, Lord of the Apes with Christopher Lambert.

One story is that the house is haunted by the ghost of a gardener, who is said to be experienced – rather than seen – outside the main entrance. 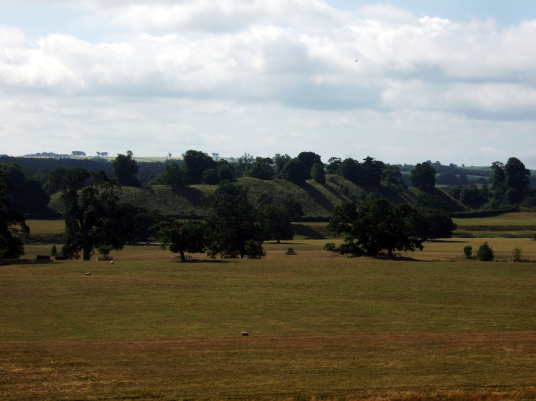 In the grounds is a holly tree, reputedly where James II was killed by an exploding cannon while besieging Roxburgh Castle. The apparition of a horseman has allegedly been seen riding towards the site of the old stronghold.