Fife: About 1 mile north-east of Kirkcaldy, on the coast south of the A955, 1 mile west of Dysart, Ravenscraig Park, at Ravenscraig Castle. 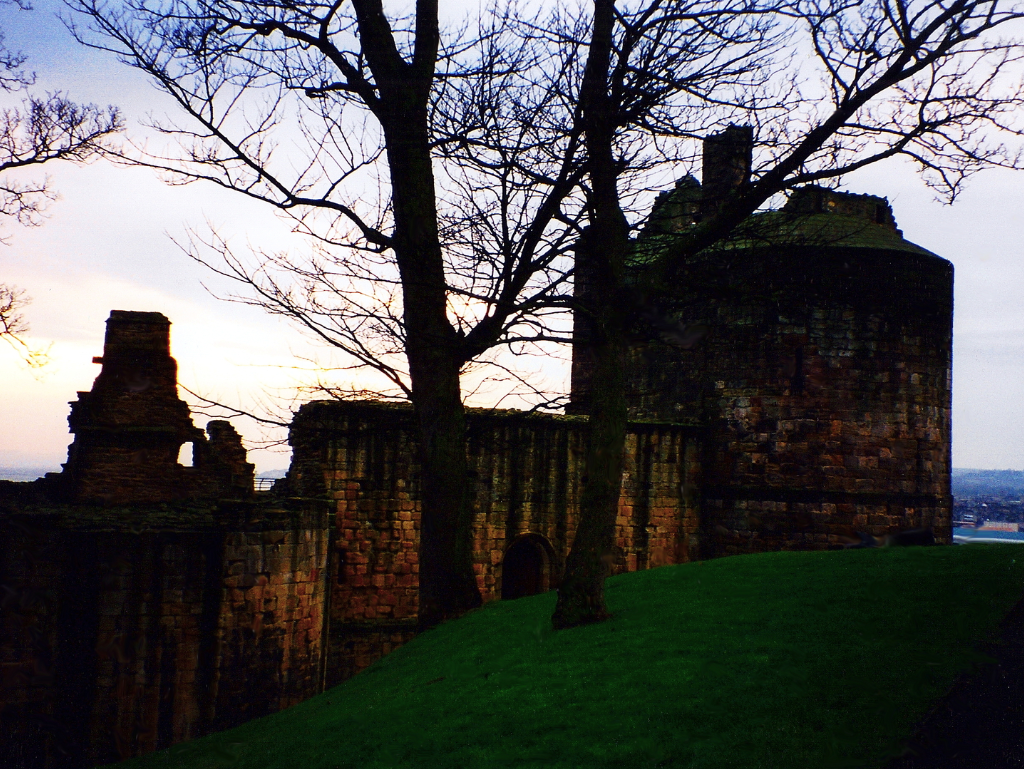 On the coast of the Firth of Forth, Ravenscraig Castle is an altered 15th-century castle and courtyard, and one of the first castles in Britain built to withstand and return artillery. It consists of two D-plan towers, with very thick walls, and a courtyard cut off from the mainland by a deep ditch. The towers were linked by a two-storey block with a broad parapet. The walls are pierced by gunloops and are as much as 11.5 foot thick. The castle was never completed as first planned. 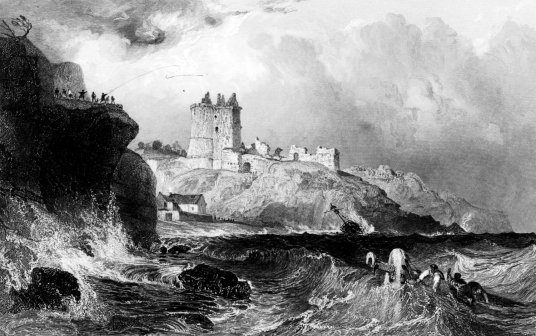 There is a beehive doocot [NT 293925], dating from the 16th century, also standing in Ravenscraig Park.
The castle is marked as ‘Ravensheugh’ on Blaeu’s map of Fife. 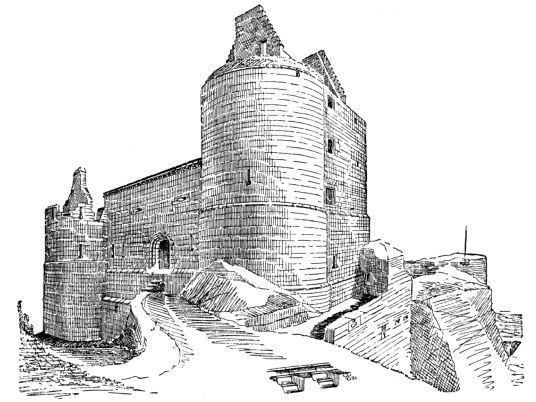 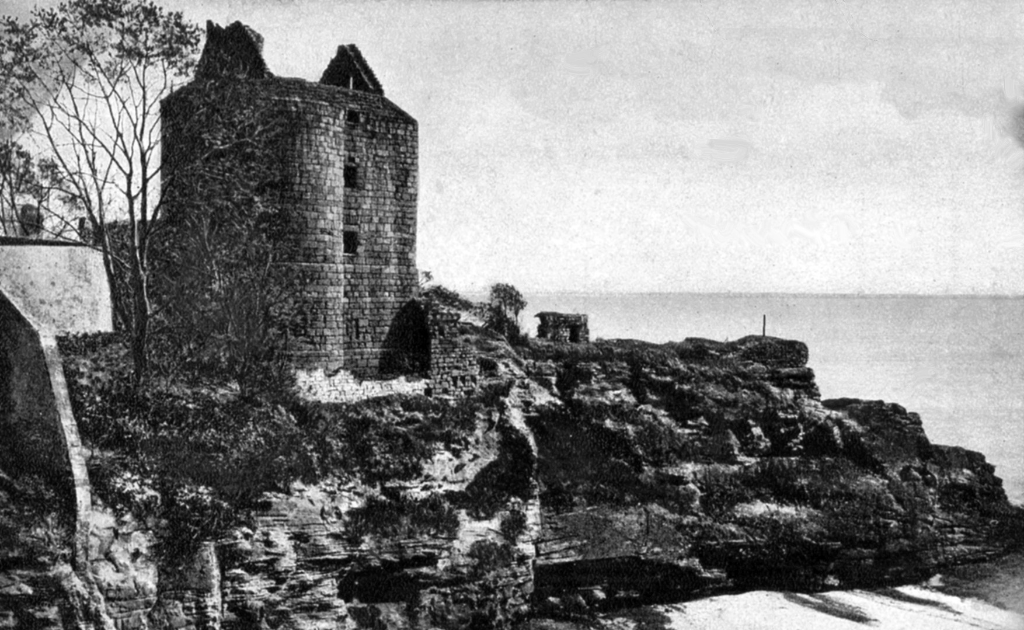 James II, who died when a cannon exploded during the siege of Roxburgh Castle, started to build Ravenscraig, before 1460, for Mary of Gueldres. She died at the castle in 1463. It was forced upon William Sinclair, then Earl of Orkney, by James III in return for the Earldom of Orkney and Kirkwall Castle, on Orkney, which the King wanted for himself. 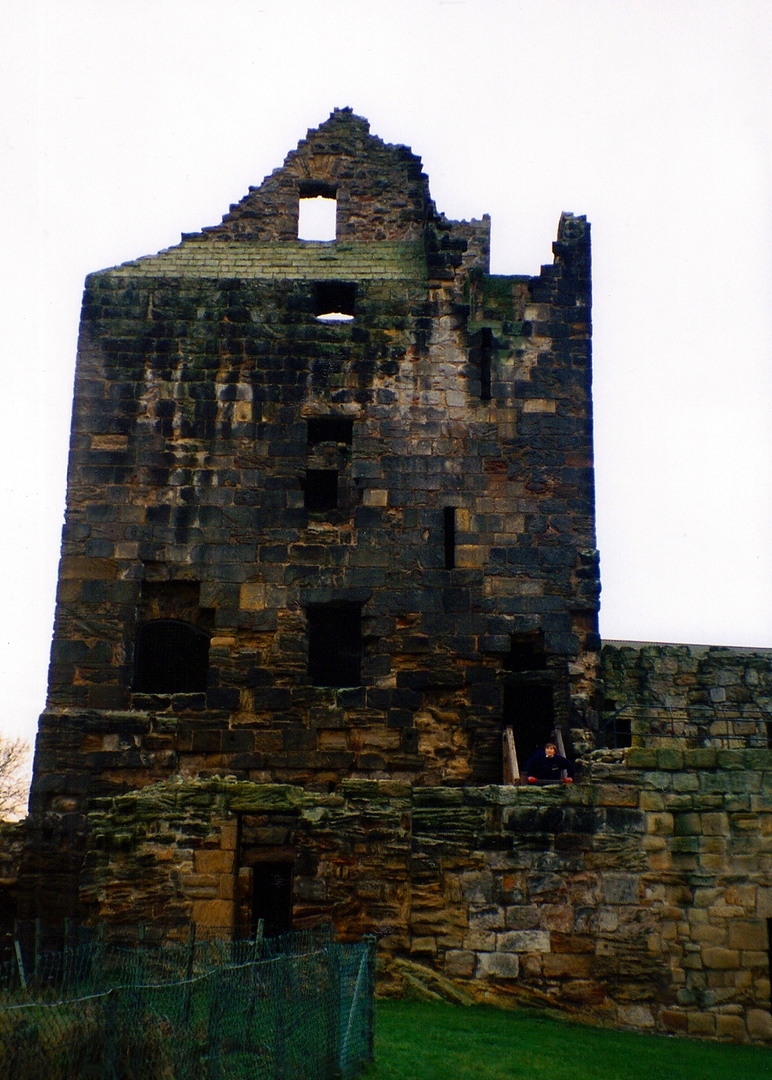 Ravenscraig was then held by the Sinclairs, who completed the castle as it is today, and was inhabited until about 1650 and is said to have been stormed by the Cromwell's forces in 1657. It passed by marriage to the Sinclair (St Clair)-Erskines, Earls of Rosslyn (also see Roslin), who moved to Dysart House [NT 302930], a symmetrical Georgian mansion of the 18th century of three storeys and a basement with later additions. This may have been built on an earlier house or tower. 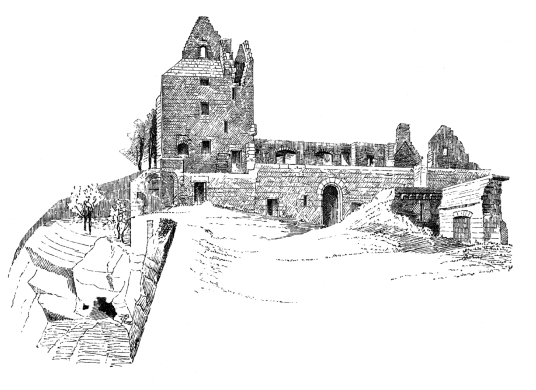 Lord John Sinclair was a Jacobite and fought in the 1715 Rising, commanding a body of horsemen and defeating a contingent of the Duke of Argyll's troops at Dunblane. When the Rising collapsed and Sinclair was forfeited and fled abroad, although this was reversed in 1722 and he built the house. 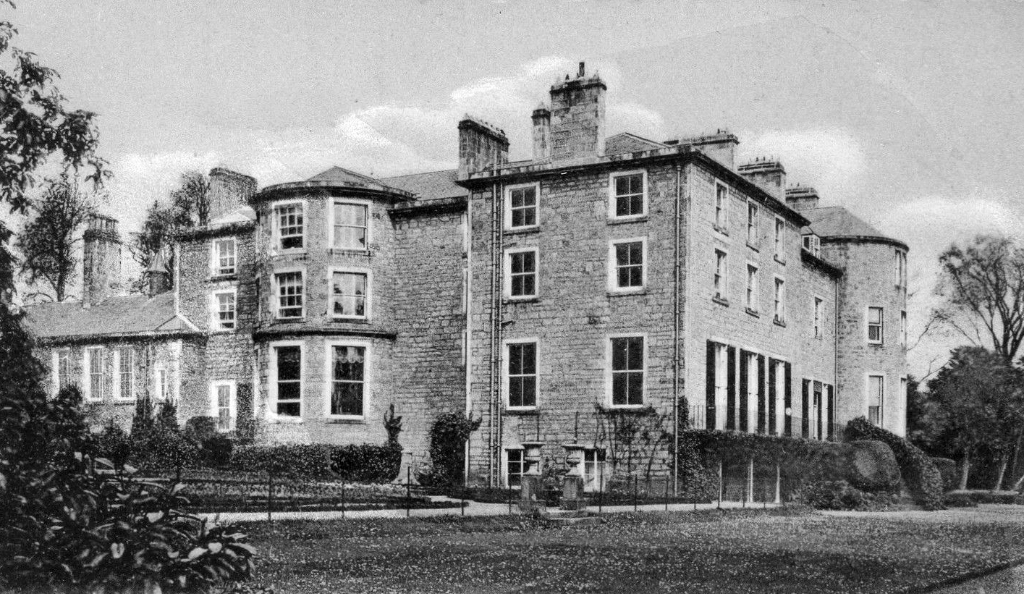 The property was sold to the Nairns by the family in 1898 because of bankruptcy, and Ravenscraig Castle was put into the care of the State in 1955. Dysart House has been a Carmelite monastery since 1931.
There are stories of a ‘White Lady’ haunting the castle, although apparently more associated with the former hospital which stood near the old stronghold.
St Serf’s Cave [NT 303930], associated with the saint, has three small chambers. It was used as a chapel and was a place of pilgrimage.