Stirling & Clackmannanshire: About 1.5 miles east and south of Alloa, to west of Clackmannan, on minor roads south of B910, on footpath, east of Black Devon river, at Clackmannan Tower. 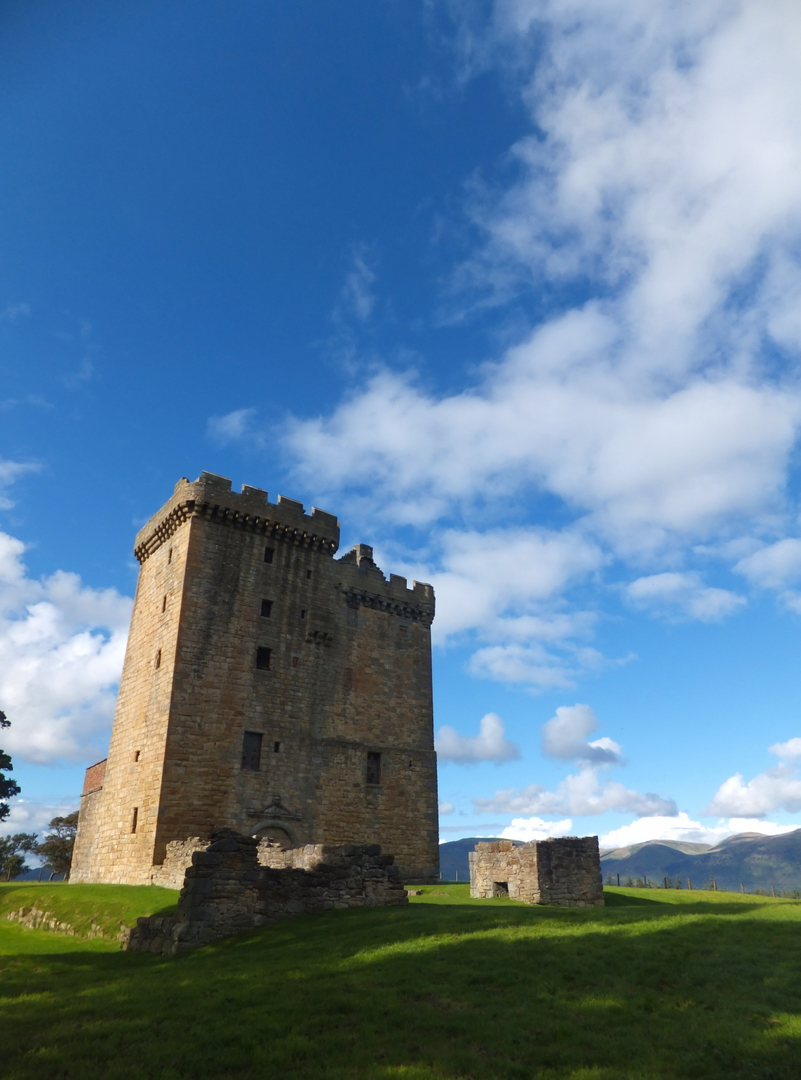 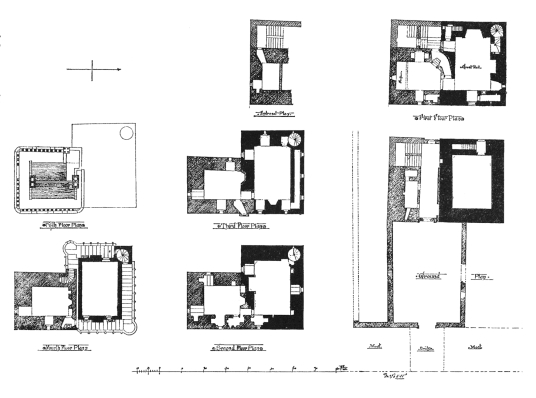 Standing on the summit of a ridge known as King’s Seat Hill and seen from miles around, Clackmannan Tower is a 14th-century tower of three storeys, which was heightened in the 15th century. Another taller tower was added in the late 15th century, with a machicolated corbelled-out parapet, making the building L-plan. The castle stands on the site of an older stronghold. 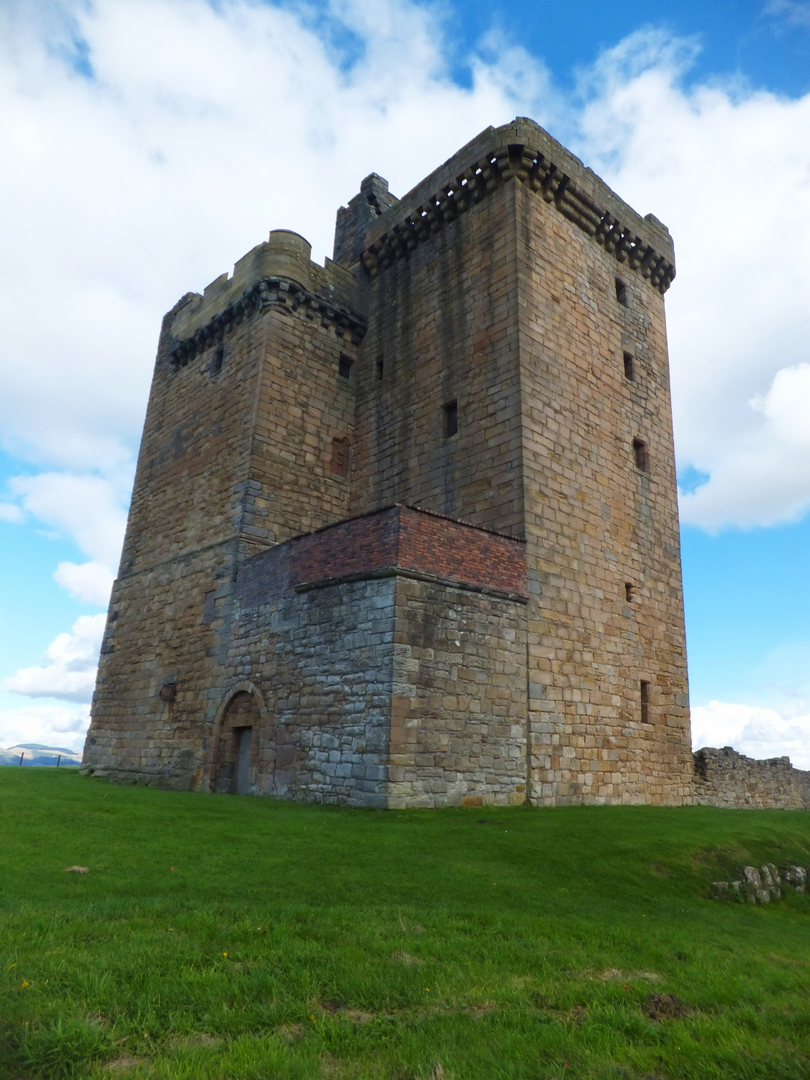 The original entrance to the old tower, at first-floor level, was reached by an external stair. When the new tower was added, a turnpike stair was inserted in the re-entrant angle, the entrance at ground level. Only the top of this stair survives, the lower part having been removed to allow the building of a wider scale-and-platt stair to the first-floor.
The tower is depicted on Pont’s map of Stirling and Falkirk as a large tower on a hill. 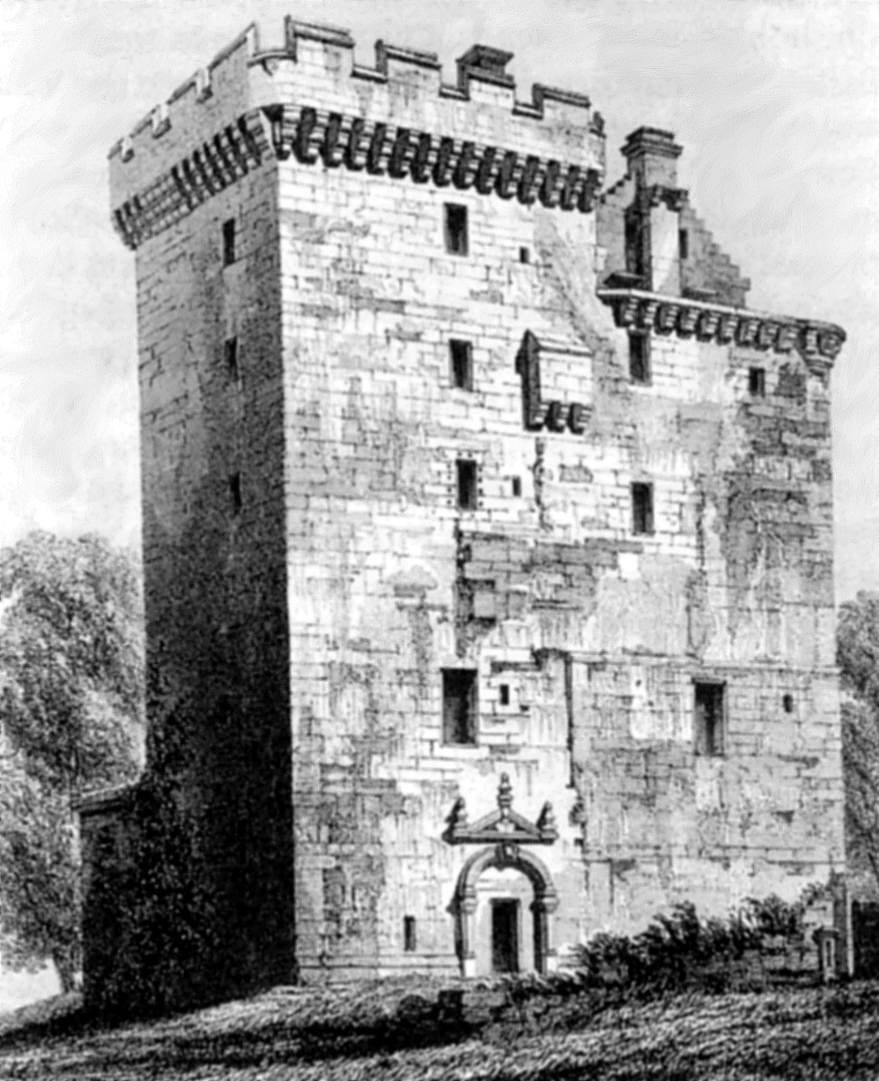 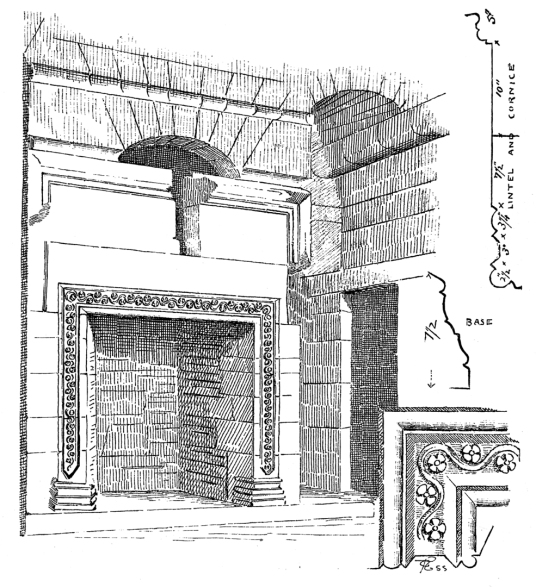 Both basements are vaulted, as are the first floors. The hall, in the main block, has a fine decorated 16th-century fireplace. There is an unusual long narrow gallery within the walls of the third floor, entered through one of the window recesses. 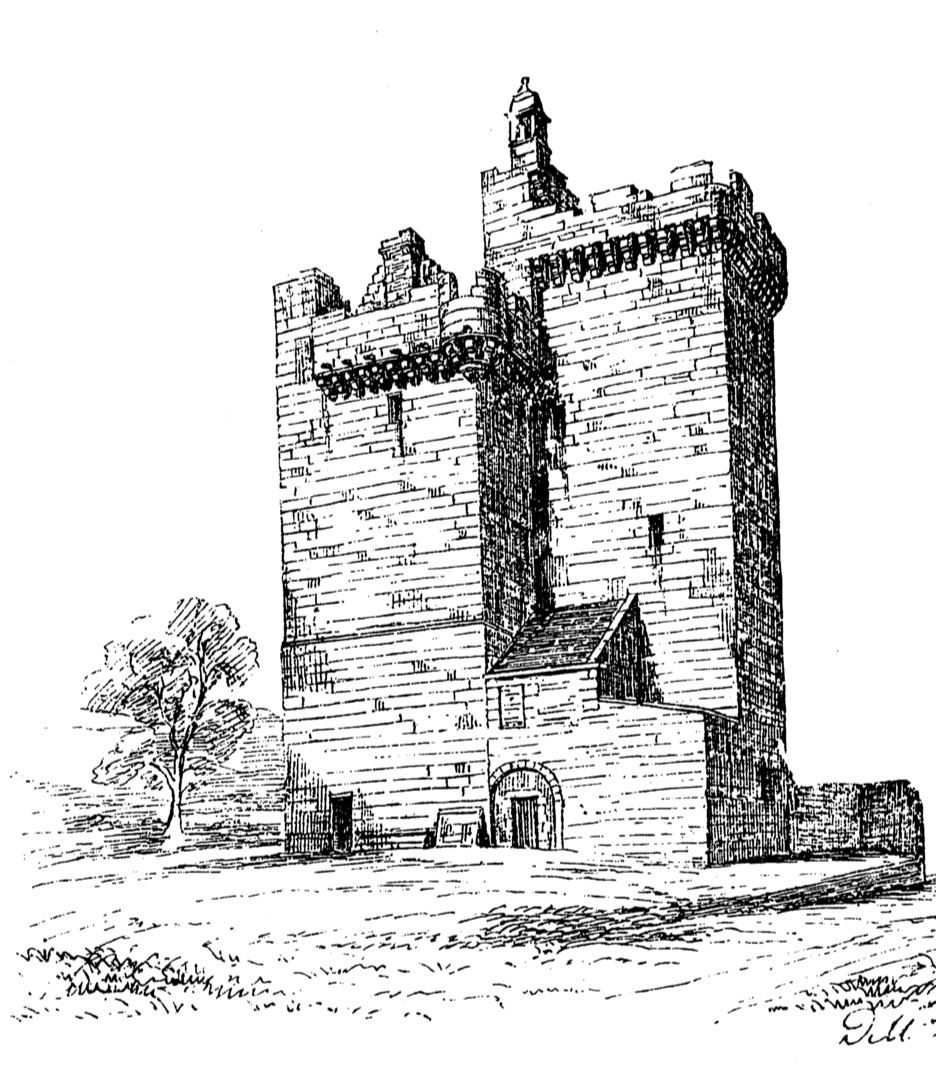 An adjoining mansion was added in the late 16th century, but was demolished and nothing remains. Fragments of a courtyard wall, garden terrace and bowling green remain. 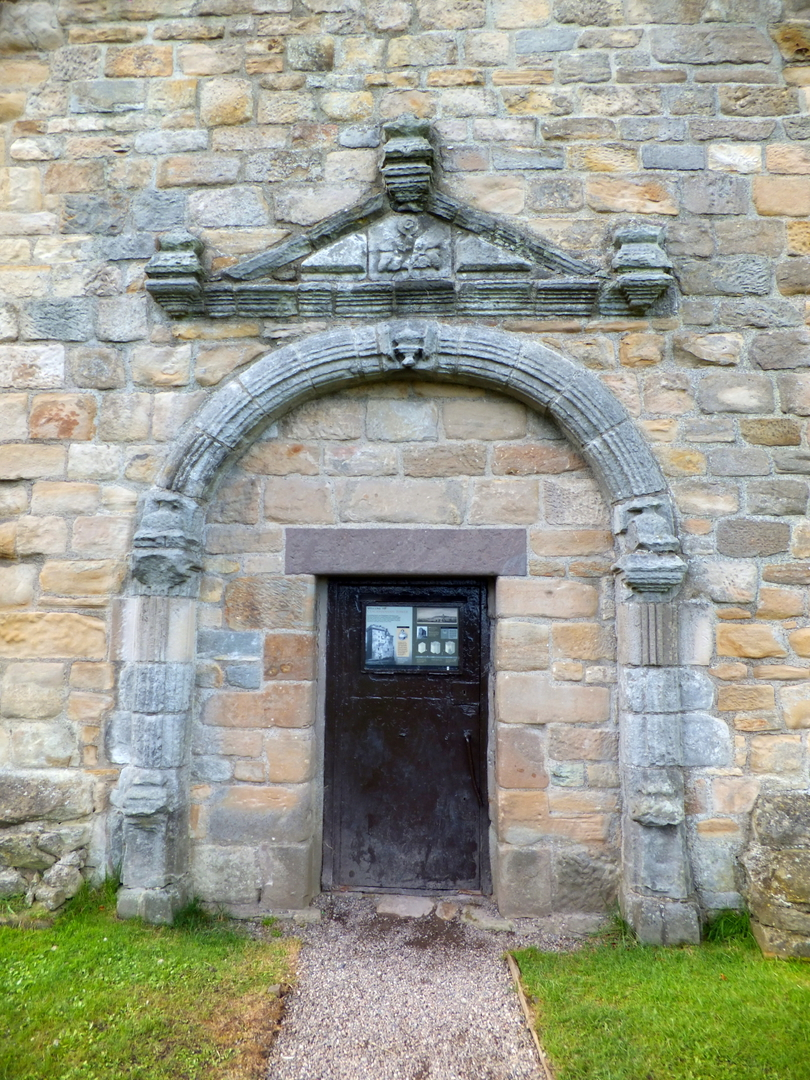 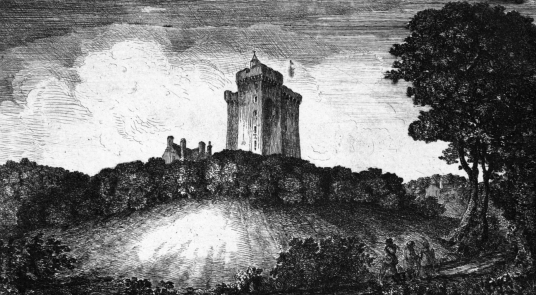 Clackmannan Tower: the roof of the mansion is visible (Clerk of Eldin, 1775)

On 26th August 1787, in the adjoining but now demolished mansion, Henry Bruce’s widow, Catherine, ‘knighted’ Robert Burns, with the sword of Robert the Bruce. The tower and mansion were abandoned in 1791 when Catherine, the last of the family died out. The sword and a helmet also said to have been used by Robert the Bruce at Bannockburn, were bequeathed to the Earl of Elgin, another branch of the Bruces, and these were kept at Broomhall in Fife. 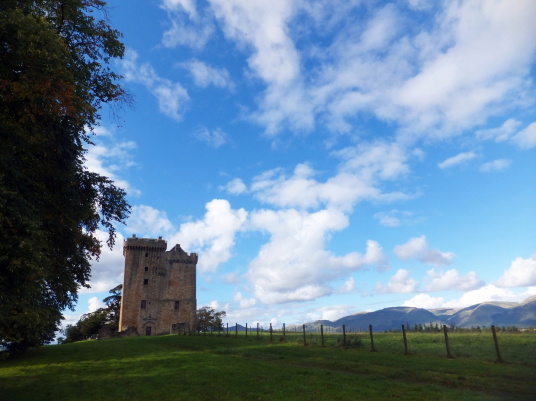 Part of the castle collapsed because of mining subsidence, but this has been repaired and the tower is now in the care of HES. 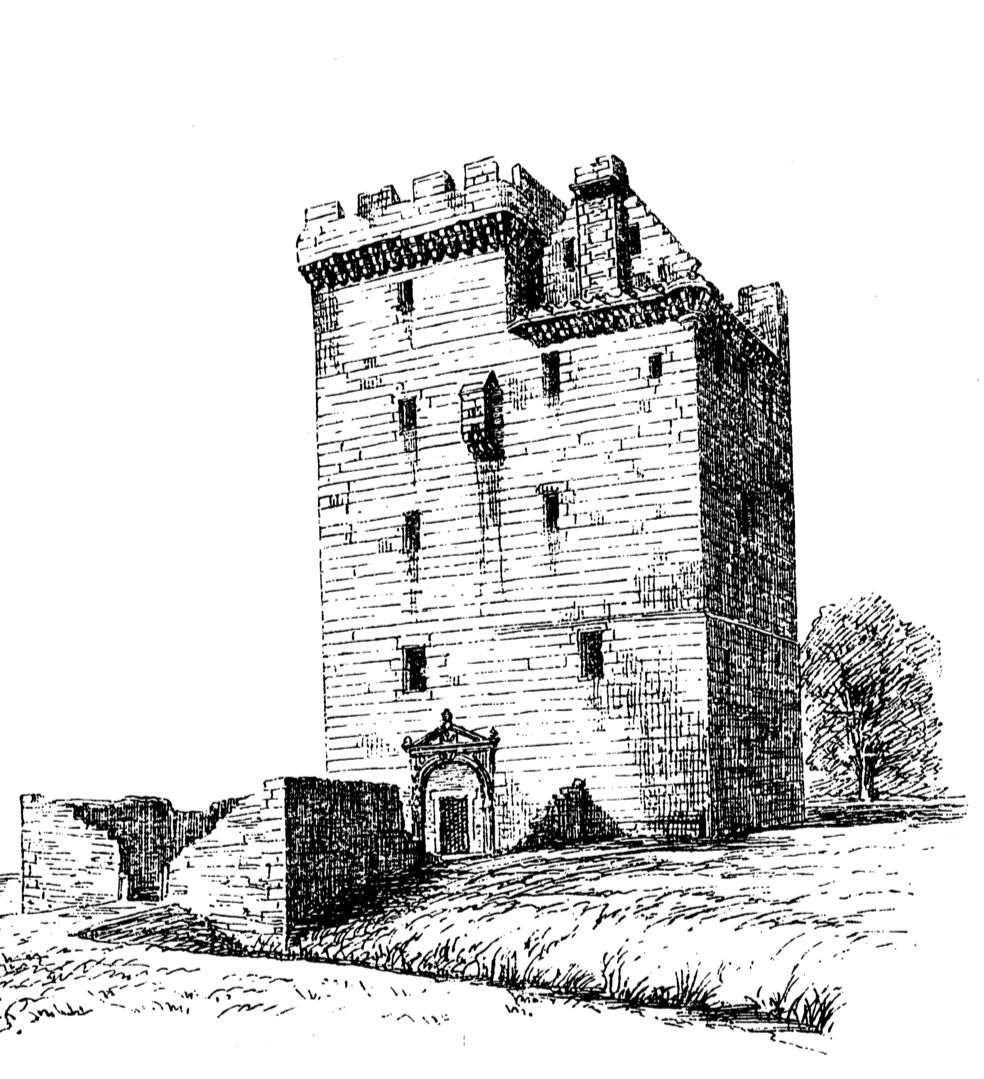 There have reputedly been some unexplained spooky occurrences at the tower, and a paranormal investigation has been undertaken. 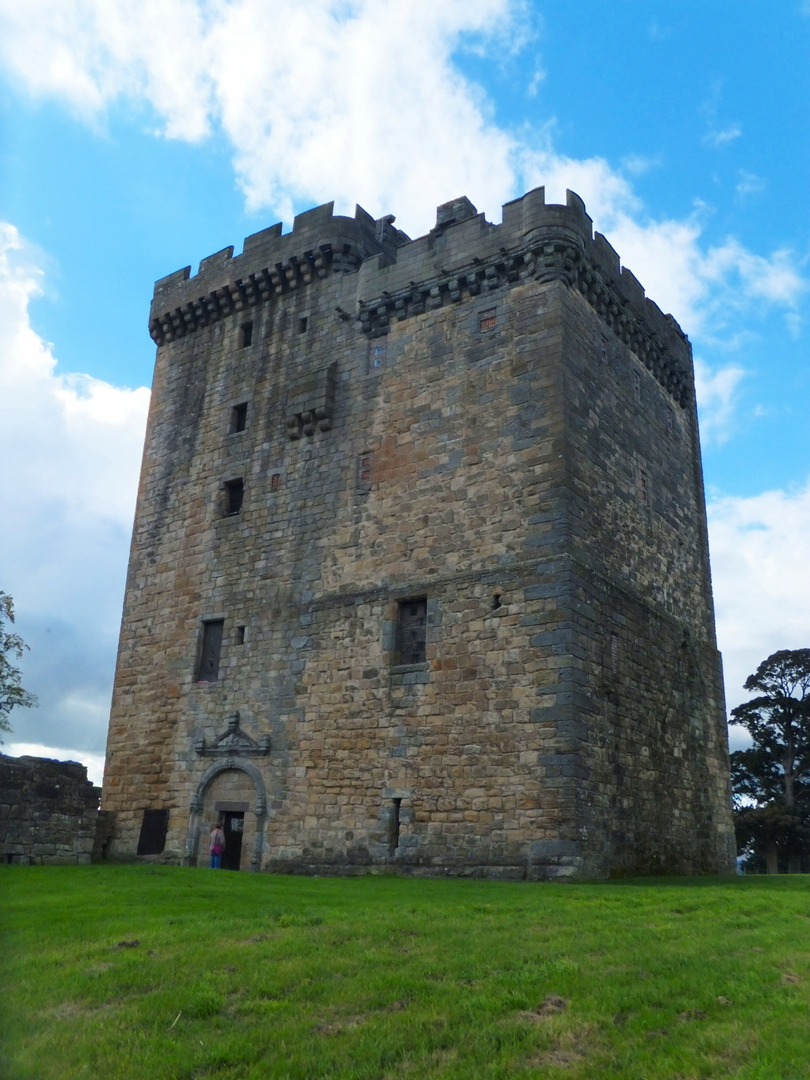 In the village of Clackmannan are the remains of the tolbooth and mercat cross, and beside it a large standing stone, the ‘clach’ Mannan, ‘clach’ meaning stone in Gaelic. This was not its original location, having being moved twice. The nearby parish church on the High Street  dates from the end of the 18th century, but stands on the site of a church dedicated to St Serf and there may have been a place of worship here from the 7th century. There are memorials in the graveyard from the 17th century, including for the Bruces.