Shetland: About 5 miles west and south of Lerwick, on the west coast of Shetland mainland, on minor roads south of A970, at Scalloway Castle. 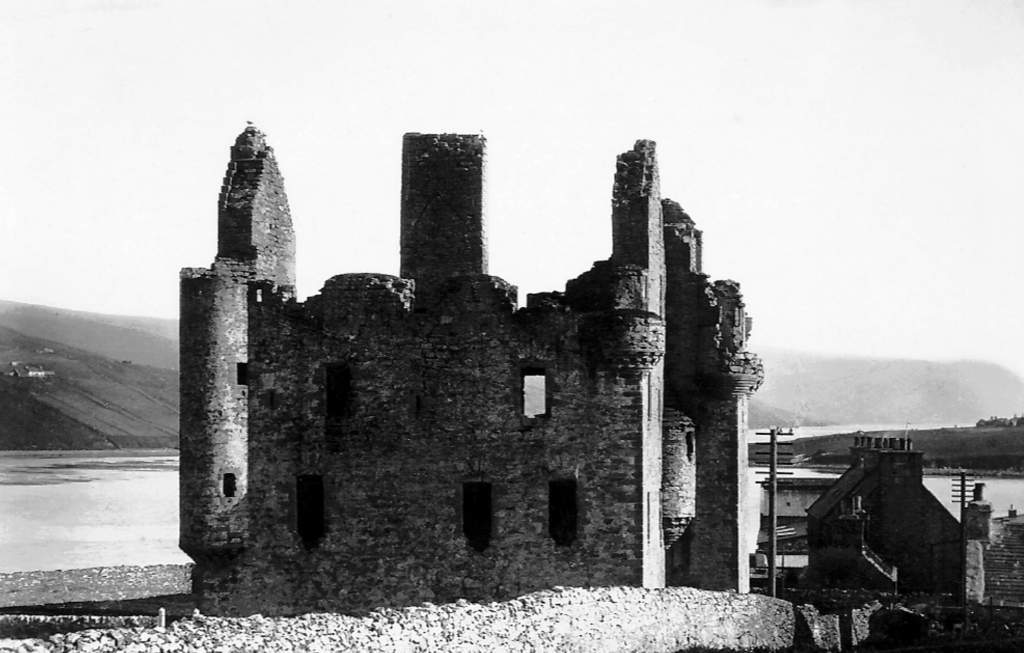 Located on a peninsula in East Voe, Scalloway Castle is a 17th-century L-plan tower house of four storeys and a garret. It consists of a main block and a smaller square offset wing, with a large stair-turret, corbelled out above first-floor level, at one corner. Bartizans crowned the corners of the tower, and the walls are pierced by shot-holes. The castle was dated 1600. 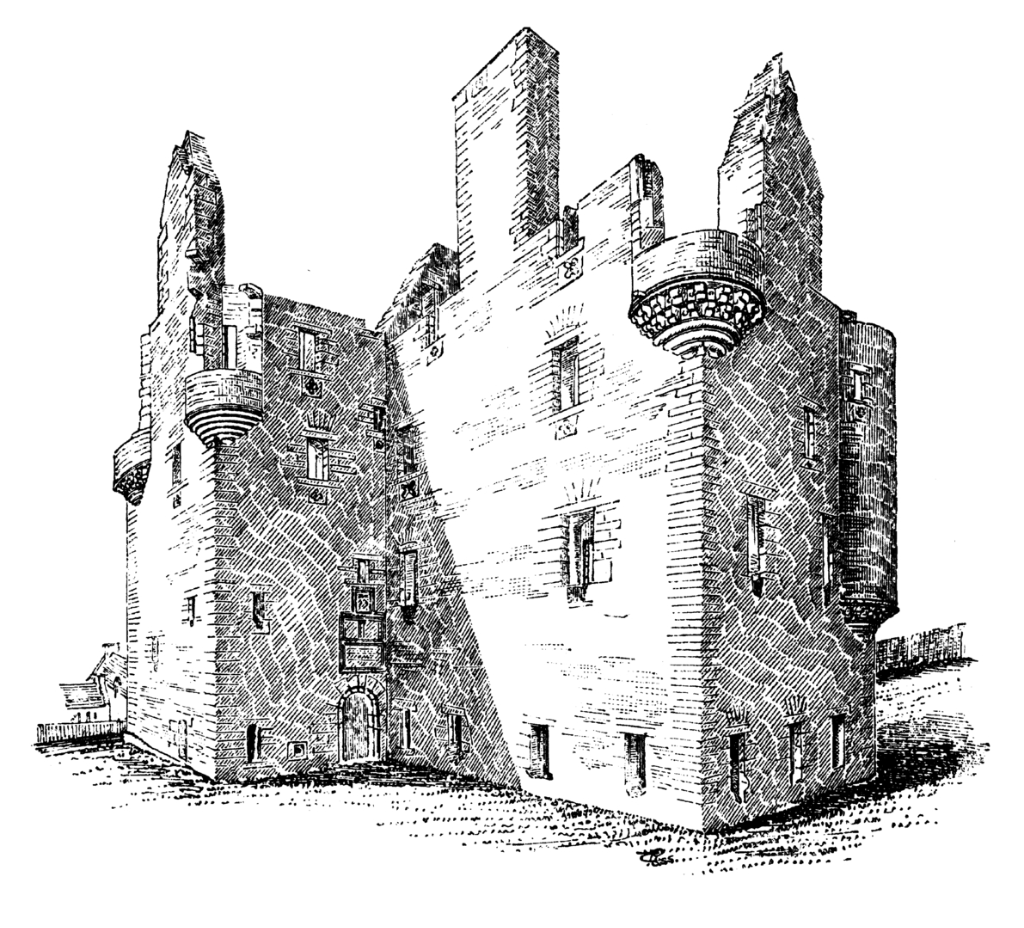 The arched entrance is in the main re-entrant angle, at the foot of the square wing. It leads to a scale-and-platt stair, which climbed only to the first floor, and into the vaulted basement. A passage led to a cellar, and to the kitchen, with a fireplace and well. The hall occupied the first floor of the main block. A stair in the corbelled-out turret, and another in the re-entrant angle, led to the upper floors, which were occupied by private chambers.
‘Scola Vo’ is marked on Blaeu’s map of Shetland. 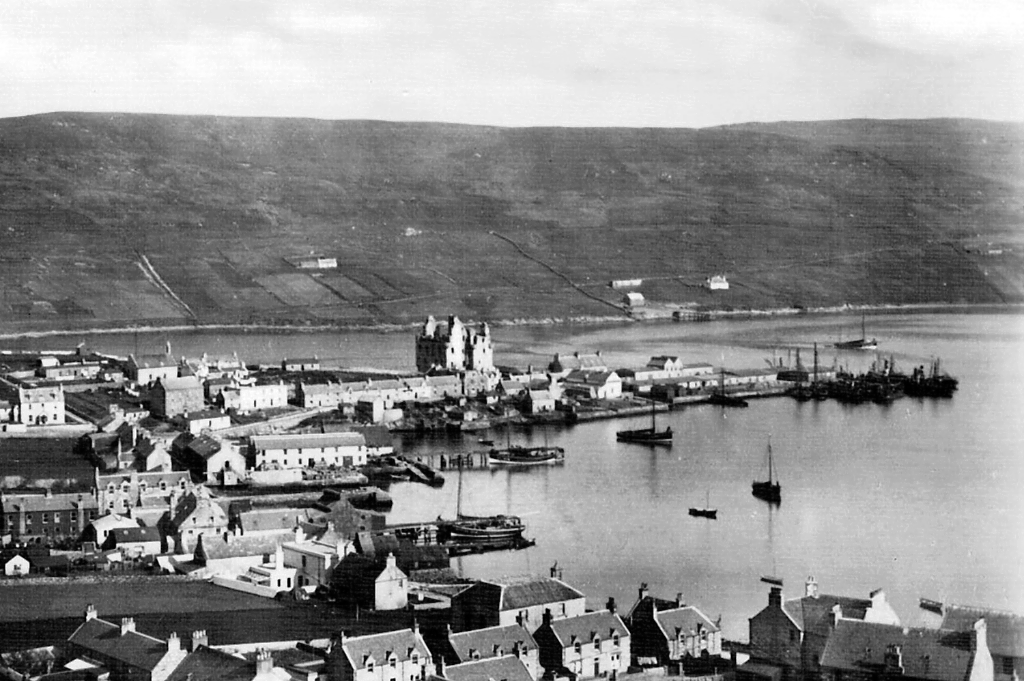 The castle was built by Patrick Stewart, Earl of Orkney and Lord of Shetland, in 1600. He was known as 'Black Patie' and was unpopular with both the Orcadians and the folk of Shetland, forcing local people to work on the castle and taxing them to pay for materials. Earl Patrick and his son Robert were both executed for treason in 1615. The property went to the Sinclairs, and John Sinclair of Scalloway had a ratification in his favour in 1641. A form of the guillotine was in use to execute wrongdoers in Scalloway in the 1640s.

The castle was occupied by Cromwell’s forces in the 1650s, and was abandoned by the end of the 17th century. In 1908 the castle was given over to the State, the vaults were repaired or rebuilt, and is in the care of HES.
Materials from Scalloway were used in the building of Haa of Sand [HU 344471] in the middle of the 18th century, including two doorways.
Old Haa of Scalloway [HU 404394], a three-storey building, dates from the middle of the 18th century, and there is a panel with James Scott and Katharine Sinclair, who owned the property at that time. The house has been divided into flats.