Ayrshire: About 1 mile north-east of Kilmarnock, on minor roads east of B7038, between Fenwick and Craufurdland Water, in Dean Castle County Park. 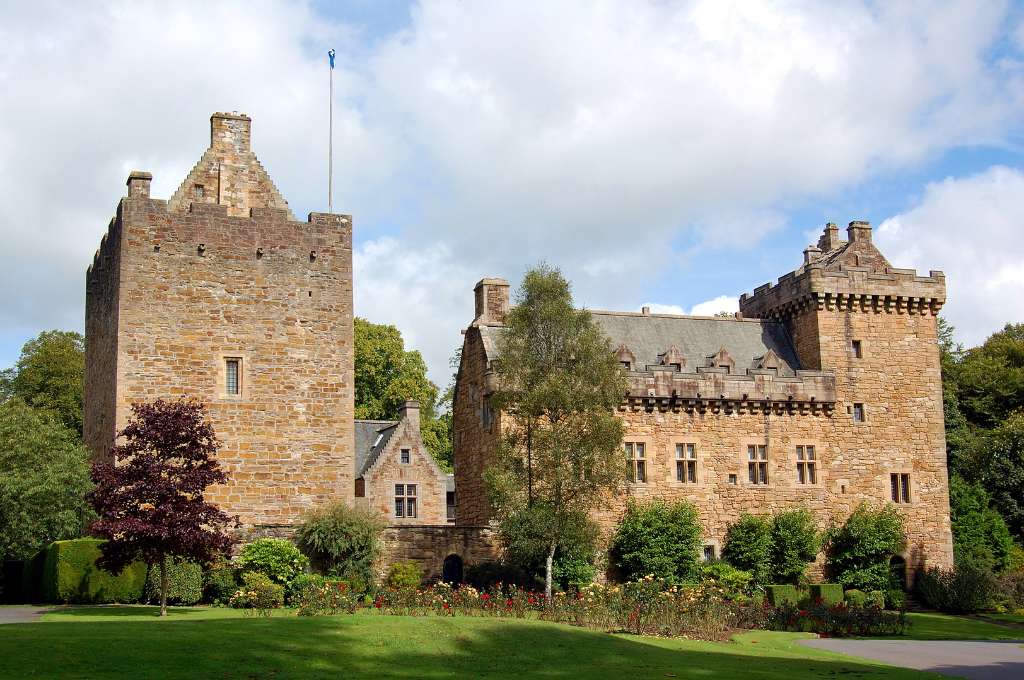 Interesting and well preserved, Dean Castle consists of a 14th-century tower of three storeys and a garret within a flush crenellated parapet. A 15th-century palace block, with a square projecting tower, is crowned by a gabled caphouse. This block has a corbelled-out parapet and corbiestepped gables. The tower and palace block are within a courtyard enclosed by a curtain wall with a twin-towered gatehouse. Adjoining is a three-storey house of the late 17th century. The castle stands in a country park, covering some 200 acres.
The basement of the tower has two vaulted chambers, one a kitchen, the other a wine-cellar. The main entrance is at first-floor level by an external stair. The thick walls, beside the original entrance, contain a small guardroom, with a trapdoor leading to a prison, and a small stair descending to the wine-cellar. The hall is a fine large chamber, with two stone benches running along the walls. The second floor is occupied by an upper hall and chapel. A turnpike stair leads up to the parapet, and is crowned by a corbiestepped caphouse. 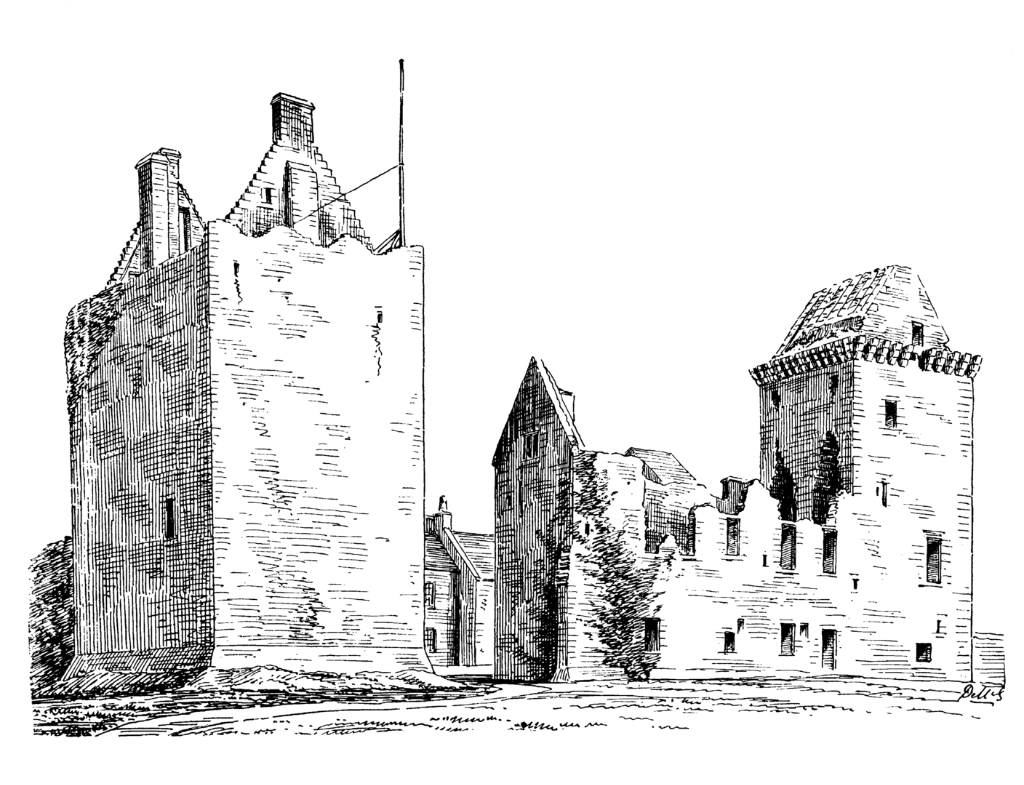 The hall block has a kitchen and cellars in the basement, and a hall on the first floor, with private chambers on the floors above.
The lands were originally held by the Lockharts, then by the Soulis family, who had a castle nearby. By the beginning of the 14th century it was held by the Balliols, but the lands were given to the Boyds by Robert the Bruce after the Balliols were forfeited. The castle is said to have been besieged by the English during the Wars of Independence. 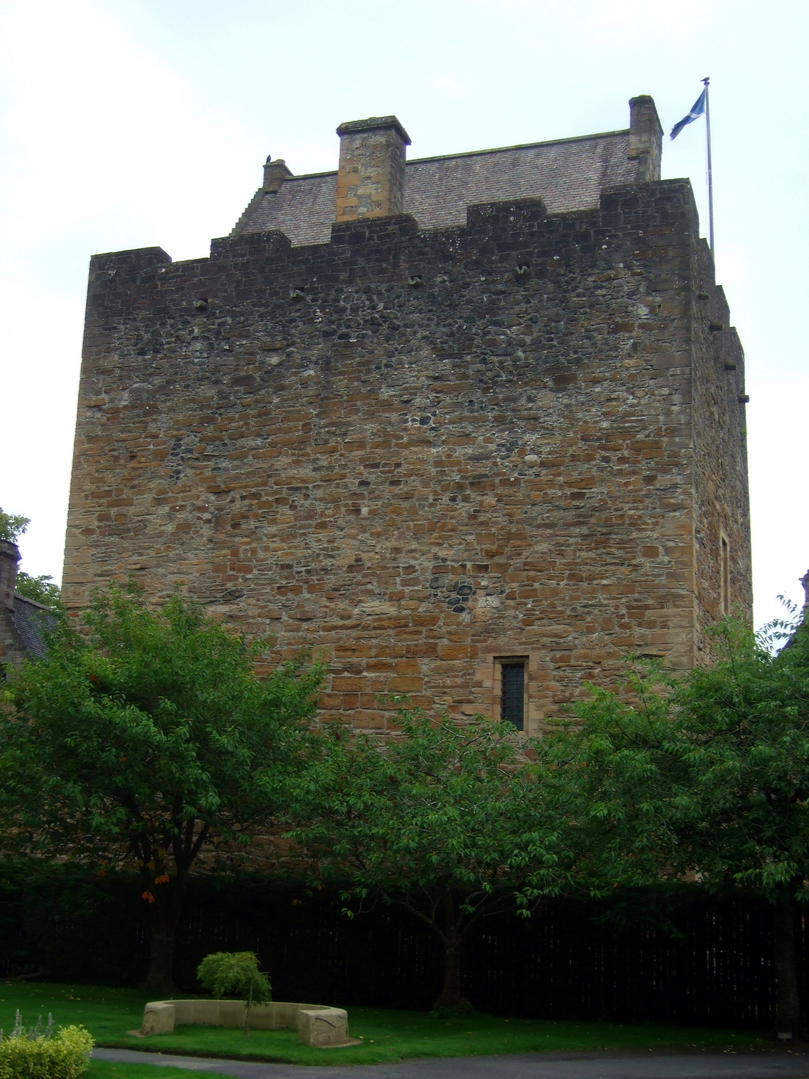 The old tower was built by the Boyds about 1460, although it may incorporate earlier work. Robert Boyd became Guardian of James III during his minority, and practically ruled Scotland from 1466-9. He later had to flee to Denmark, and his brother Alexander was executed for treason. Thomas Boyd, Lord Boyd, had a ratification of 1592 which mentions the lands, lordship and barony of Kilmarnock, with castle, tower, fortalice, manor, gardens, orchards etc. William, 10th Lord Boyd, was created Earl of Kilmarnock in 1661.
In 1735 a fire gutted the hall block, and most of the castle was abandoned for Kilmarnock House.

William, 4th Earl, was Privy Councillor to Bonnie Prince Charlie during the Jacobite Rising of 1745-46. He was a Colonel in the Prince’s guard, but was captured after the Battle of Culloden in 1746 and executed by beheading. The lands were forfeited, but James, 5th Earl, recovered the estates in 1751, and in 1758 became the 15th Earl of Errol and took the name Hay. Dean was sold, first to the Cunningham Earl of Glencairn, then to the Scotts of Balcomie. 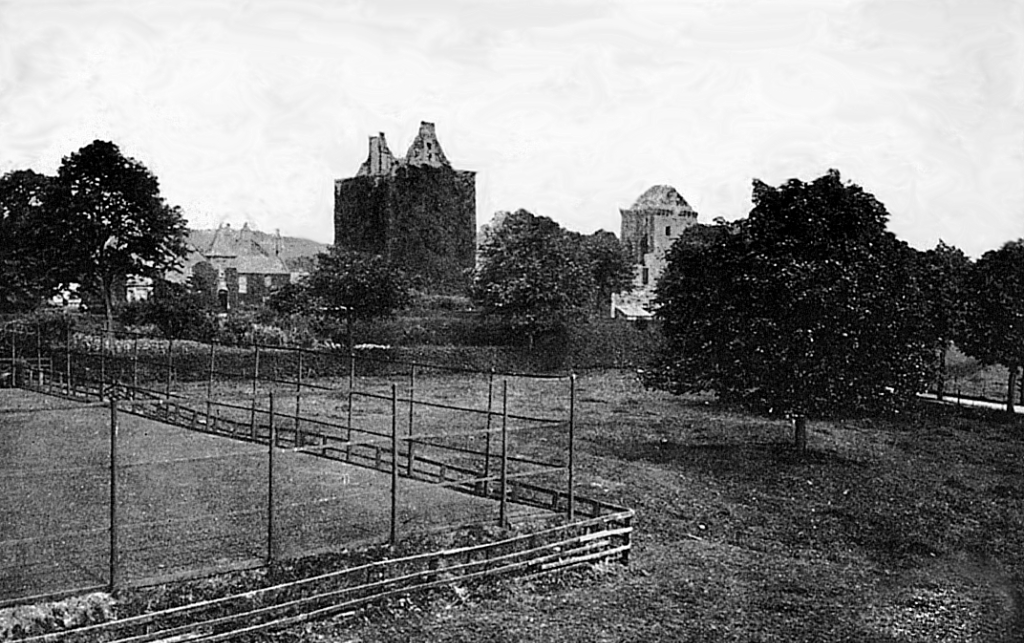 The castle passed to Lord Howard de Walden in 1828. It was restored from 1905 using material from Balcomie Castle, and the entire building was donated by Lord Howard to Kilmarnock in 1975. The castle now houses a museum of armour and weaponry and musical instruments, and is surrounded by 200 acres of public park.

The castle was used as Beaufort Castle in the TV series Outlander. 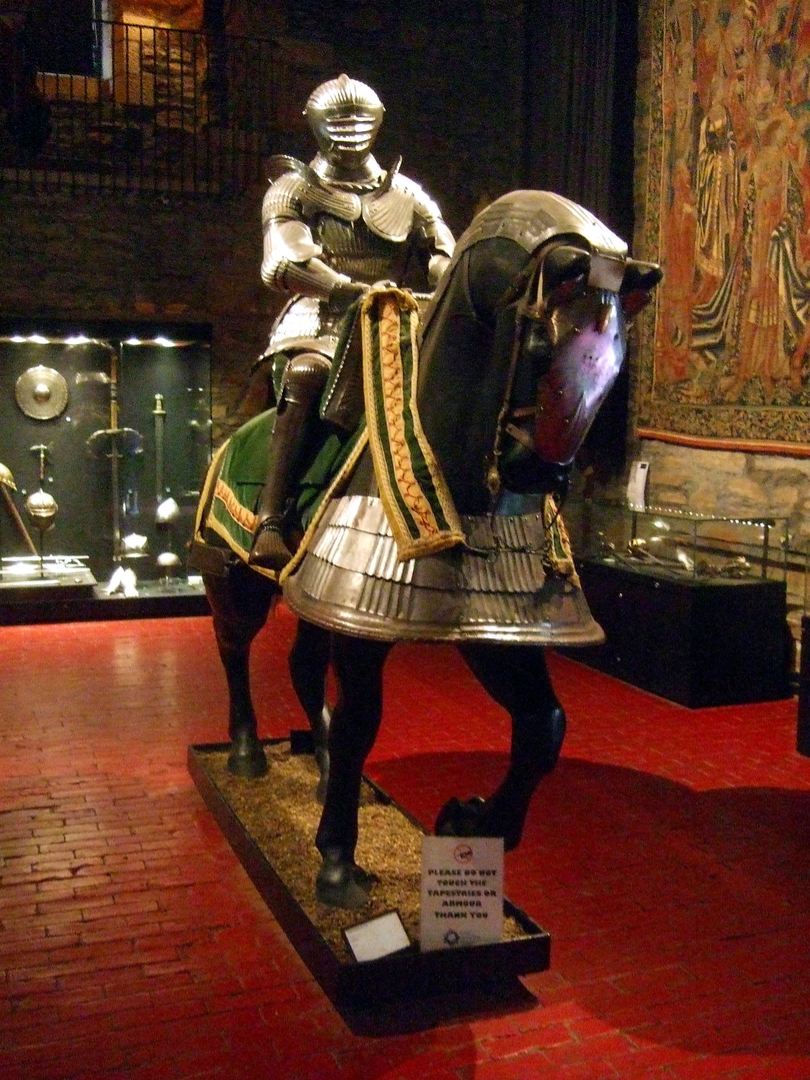 Before William Boyd, 4th Earl of Kilmarnock, was executed, servants were terrified by an apparition of his severed head rolling about the floor. When Boyd joined the Jacobite Rising, he told James Stewart, 5th Earl of Galloway, about the haunting, who predicted Boyd would lose his head. Boyd, as mentioned above, was executed, by beheading, in 1746.
The castle is said to have had an underground passage linking it to Craufurdland Castle.