Borders: In Jedburgh, on minor road south of B6358 from A68, south of Jedburgh Abbey, at Jedburgh Castle Jail. 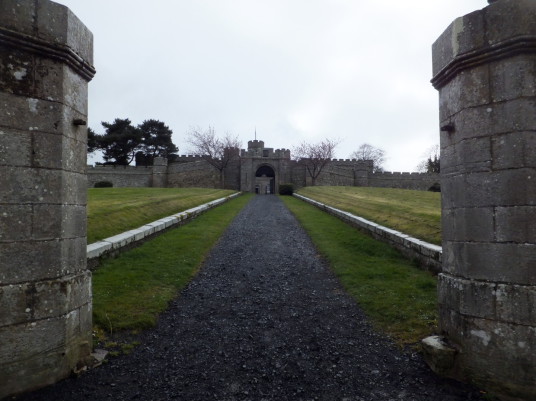 Site of 12th-century castle. ‘Iedd-brugh’ is prominently marked on Blaeu’s map of Teviotdale, and is shown as an enclosed town.
The castle was one of the strongholds handed over to the English after the Treaty of Falaise to release William the Lyon from captivity, but it was recovered by the Scots. Malcolm the Maiden died here in 1165. Alexander III was married at the castle in 1285, but a ghostly apparition warned of his impending death – which came true when Alexander fell, with his horse, from a cliff at Kinghorn. The castle was occupied by the English after the Battle of Neville’s Cross in 1346 until 1409, when it was retaken by the Scots and demolished, the work paid for by the Crown. A jail was erected on the site of the old castle in 1823, a Howard reform prison, and the only type of its kind now remaining in Scotland. The prison closed in 1880. Jedburgh Castle Jail is now a museum, with a fascinating display of exhibits relating to 19th-century prison life as well as displays on the royal burgh of Jedburgh. 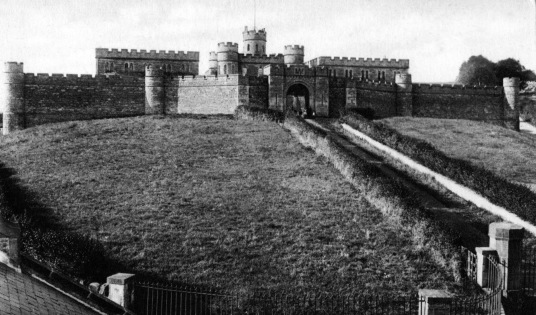 Jedburgh itself was often burned, including in 1410, 1416, 1464 and 1523 when the walls and houses were also cast down, as well as being seized by the English in 1513. Six bastle houses were then built to protect the population, but the town was again torched by the English under the Earl of Hertford in 1544 and the bastles were slighted. These were apparently rebuilt, and one in Kirkwynd was occupied by the Kerrs in the 1620s. Another tower, known as David’s or Davie’s Tower, stood near the meeting of Abbot’s Close and Castlegate, and was a property of Jedburgh Abbey. The site is occupied by a mansion. All traces of these old houses have disappeared except for Queen Mary’s House (now Mary, Queen of Scots House). 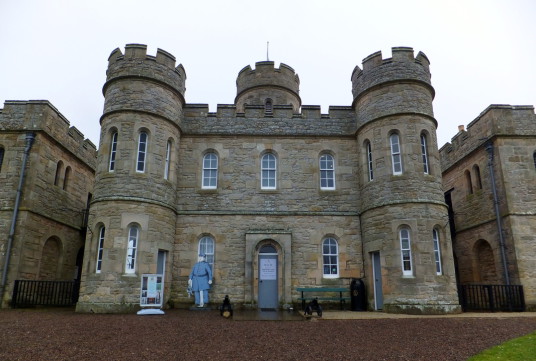 Piper’s House [NT 652206] at Old Bridge End, dates from the early 17th century and was built by the Ainslies in 1605. Bonnie Prince Charlie is said to have stayed here in 1745, and the house was later held by the Rutherfords and then by the Scotts. It has been much altered but is still occupied.
The ghostly apparition who warned of Alexander’s death has apparently appeared many times, and is always the harbinger of death. There have also been other ghostly investigations carried out on the jail in the last few years. 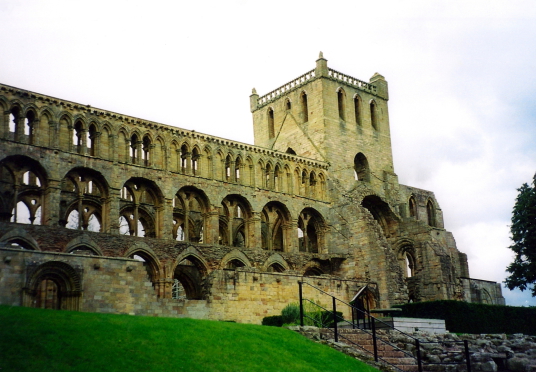 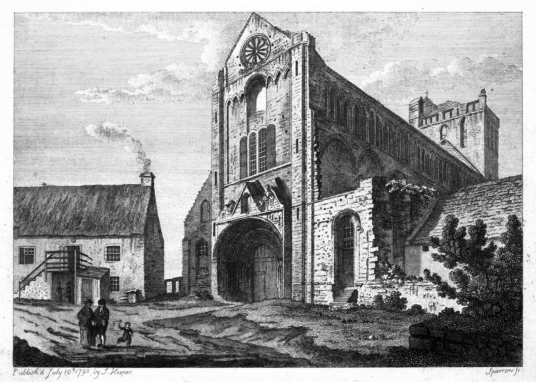 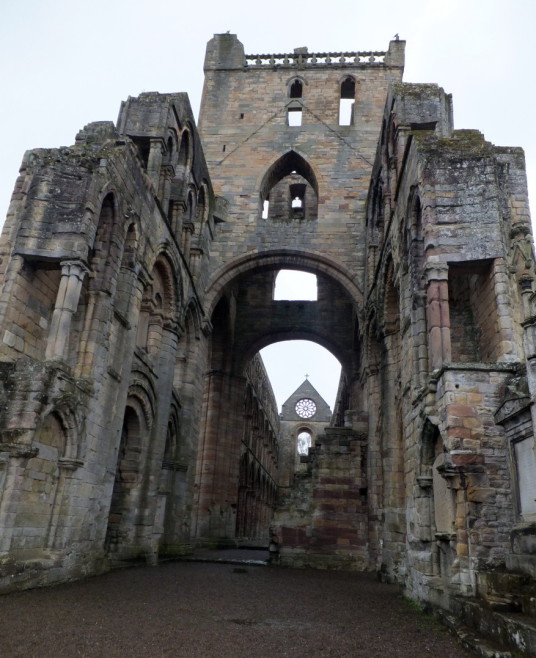 Jedburgh Abbey [NT 650204] was founded by David I about 1138 as an Augustinian abbey, and much of the impressive Romanesque and early Gothic church and some foundations of the domestic buildings survive. The Abbey was sacked numerous times by the English, and after an attack in 1544-5 the ruined monastic buildings were exploited as a quarry. 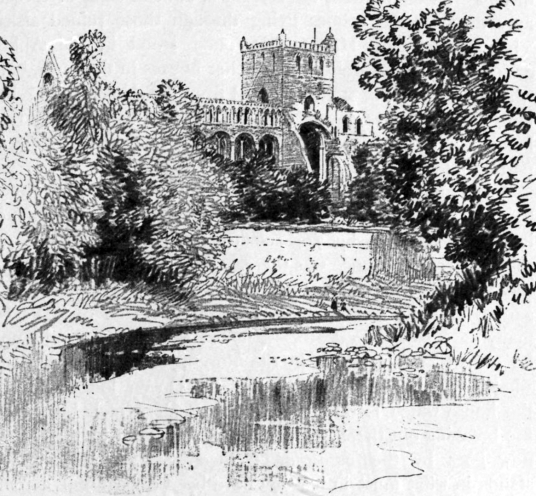 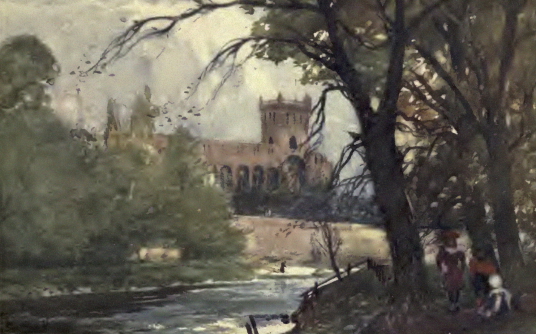 The French occupied the town in 1548, expelling the English, and they fortified the abbey, probably building the Ramparts on the east side as a gun position, as well as a battery on the south and the tower. D'Abies Tower defended the approach to the abbey from what is now Abbey Close, off Castlegait, but this was demolished in the 17th century. 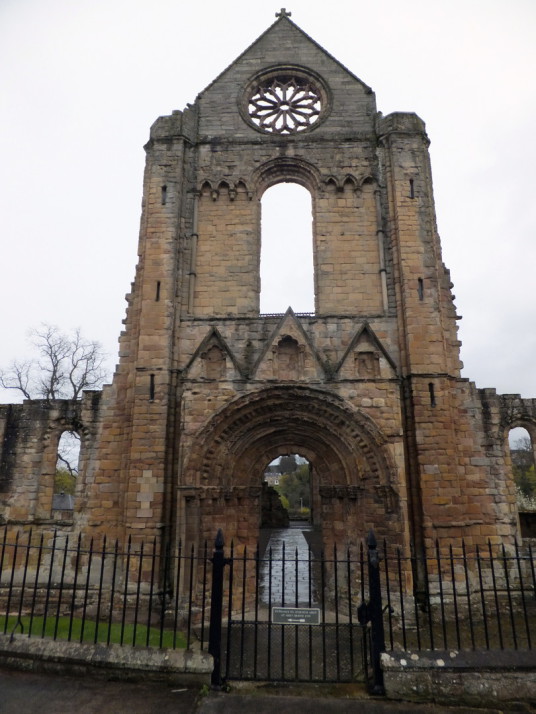 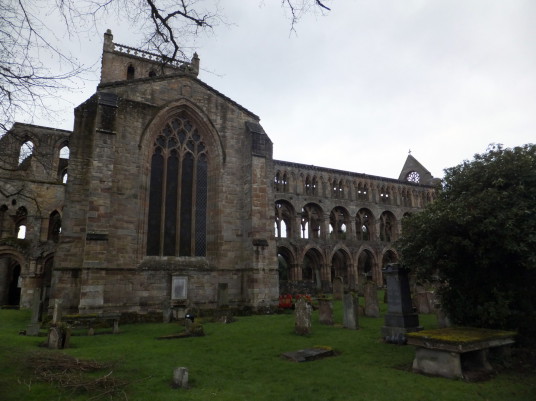 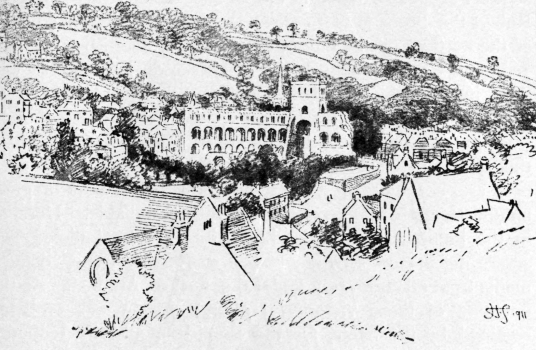 The abbey church was used by the parish until 1875 when the crown arch and vaulting of the crossing collapsed, and although mostly unroofed, is in a good state of preservation. The north transept remains roofed and is used as the burial vault of the Kerrs of Ferniehirst, including the Earls of Lothian (see Monteviot House and Newbattle Abbey) and has carved funery monuments. The ruins passed into the care of the State in 1913. There is a fine rose window in the west front.