Bothwell Castle, a fantastic, large but ruinous early stone castle in a great spot above the Clyde, held by the Murrays, Hepburns and Douglases and playing a prominent part in the Wars of Independence, near Uddingston in Lanarkshire in central Scotland. 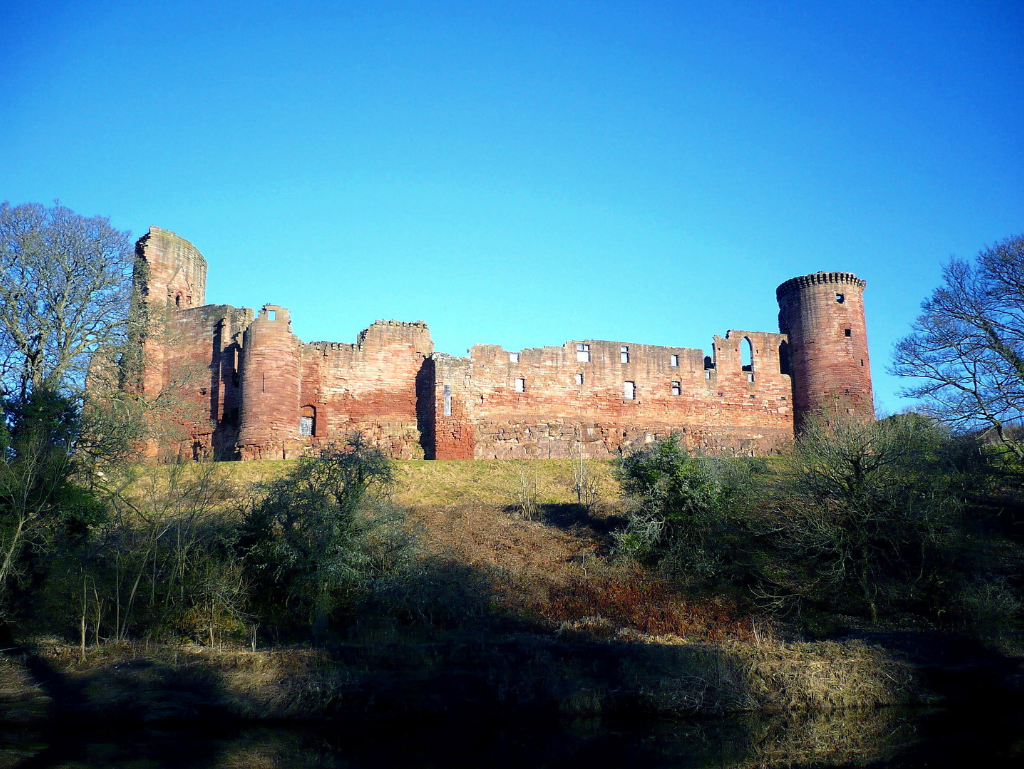 Lanarkshire & Glasgow area: About 3 miles north and west of Hamilton, on minor roads west of the B7071, east bank of River Clyde, 0.5 miles south of Uddingston, at Bothwell Castle. 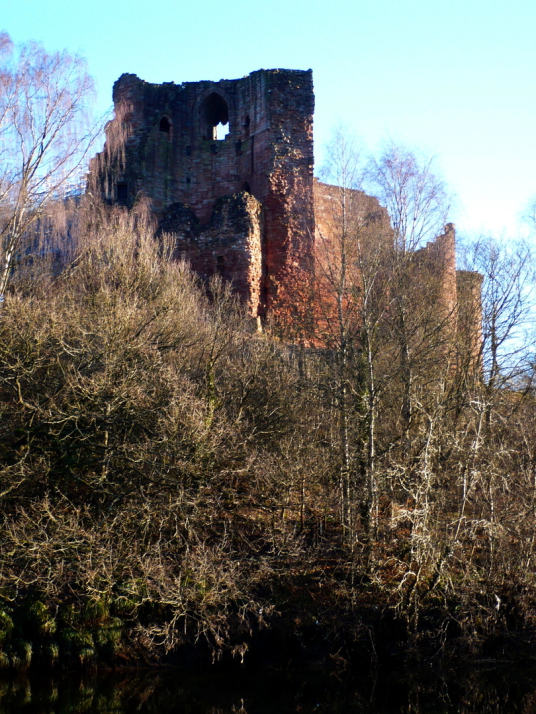 Standing on a lovely spot above the River Clyde, Bothwell Castle is one of the largest and finest stone castles in Scotland. One notable features is the ruin of the magnificent moated round tower or donjon, which stands at one end of the courtyard and is unique for Scotland. 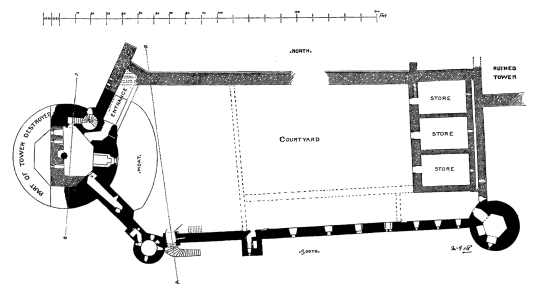 The courtyard is enclosed by a strong thick curtain wall, in some places rising to 60 foot high, defended by towers. Within the walls are the ruins of many buildings, including a hall and chapel. Only the foundations of a large tower, at one corner, survive, but another tower is complete to the corbelled wallhead, and the prison tower and adjacent wall, which date from the 13th century, also remain. 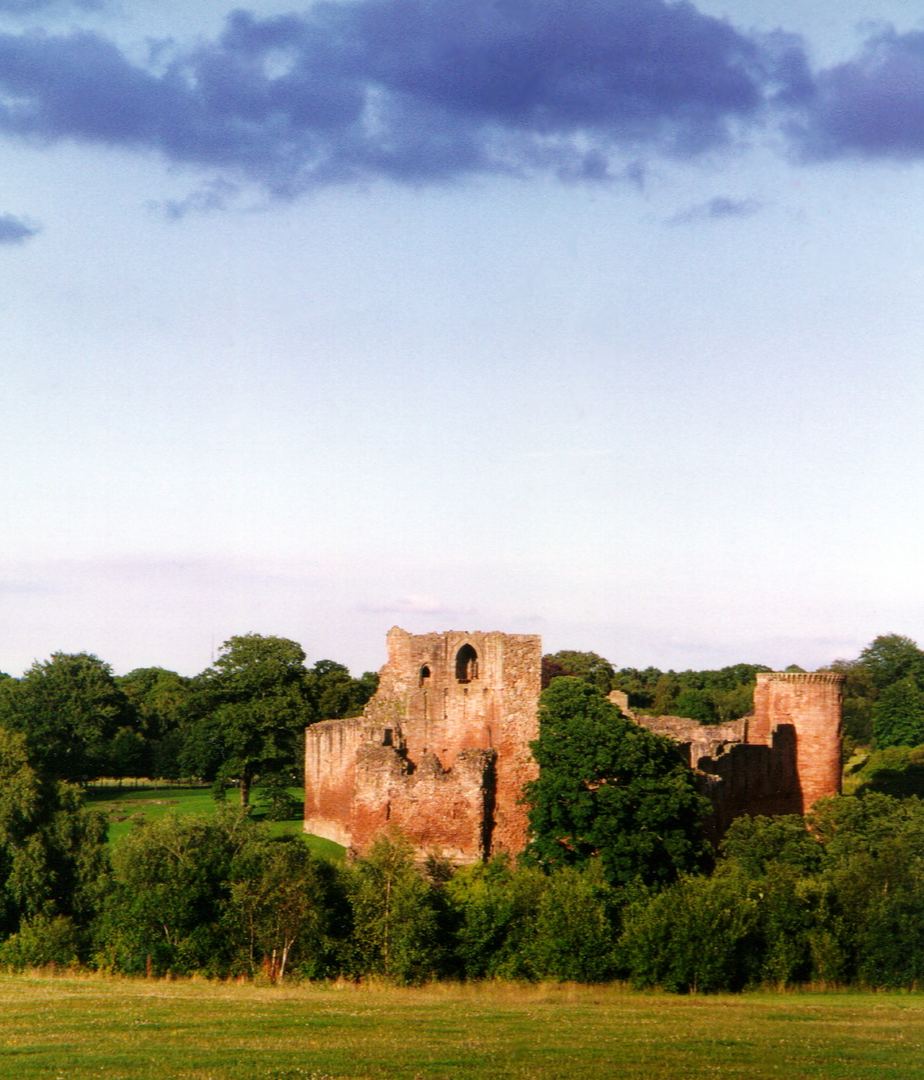 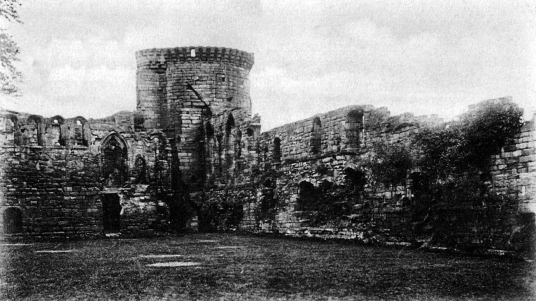 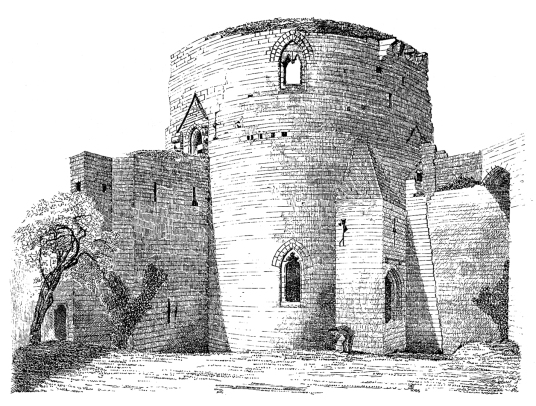 The magnificent round donjon has a surrounding ditch partly hewn out of rock, 25 foot wide and 15 foot deep. The entrance to the donjon is through a fine pointed doorway, originally reached by a drawbridge across the ditch. The entrance, through a portcullis, led into a passage to the hall. There is a turnpike stair to the basement with a well. Half of the donjon was destroyed in the 14th century. 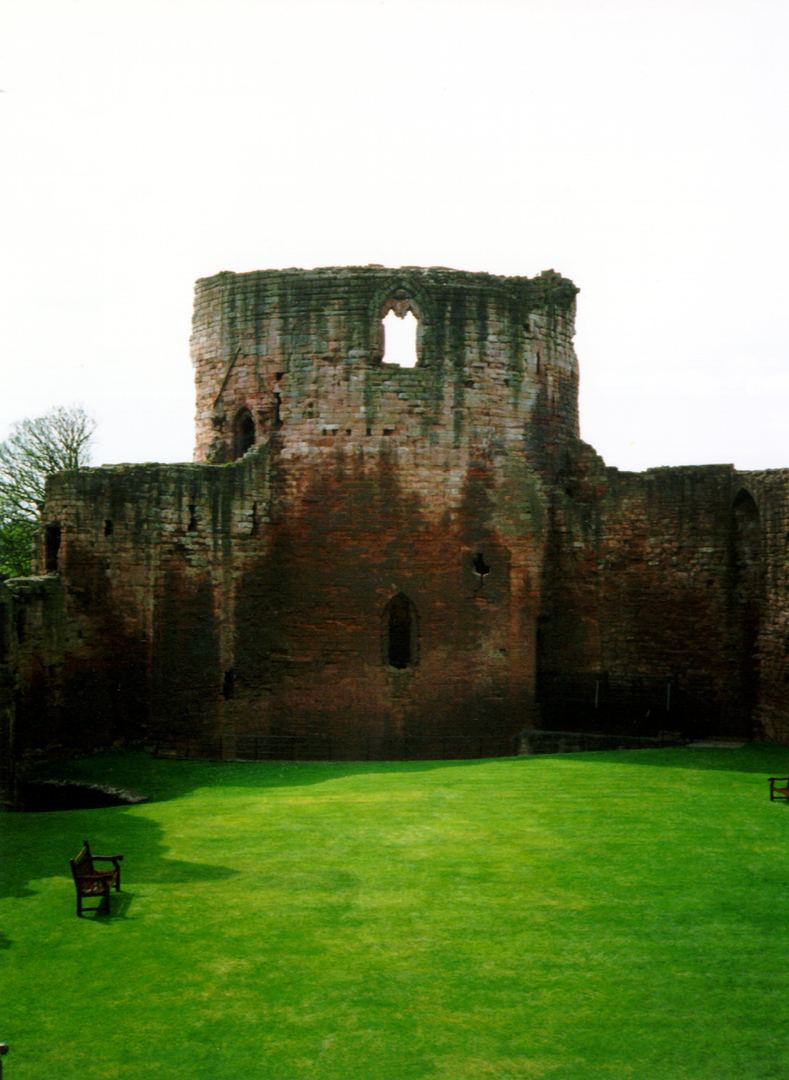 Due to its position, size and strength, Bothwell Castle was of major importance during the Wars of Independence, and it was a property of the Murrays from the middle of the 13th century, having passed by marriage from the Oliphants. The castle was started either by Walter Murray (or 'of Moray') or his son William Murray, known as ‘the Rich‘ after they acquired the property in 1242. 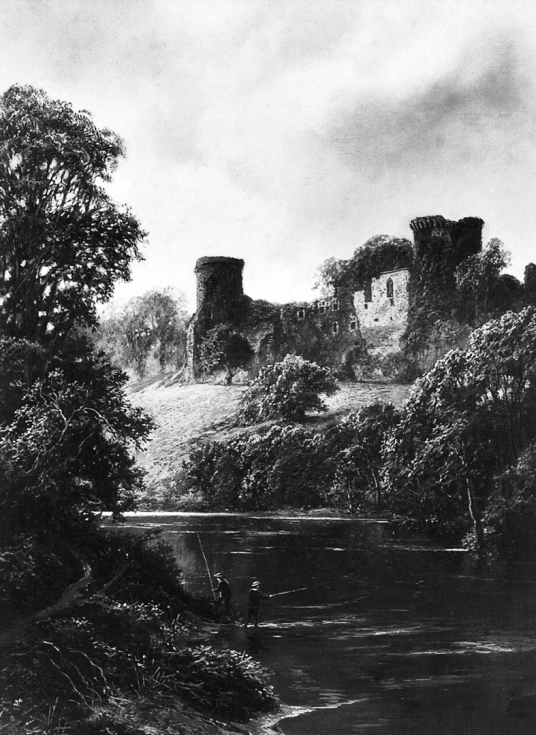 The castle was held by the English in 1298-9, but was besieged by Scots and eventually taken after 14 months. In 1301 Edward I recaptured the castle, and it became the headquarters of Aymer de Valence, Earl of Pembroke, Edward I’s Warden of Scotland. It was surrendered to the Scots in 1314, and the donjon was partly demolished at this time. The captain of the castle was called ‘de Homildon’ from his property in Northumberland, but was given lands at Cadzow for his service by Robert the Bruce, and so started the Hamiltons. 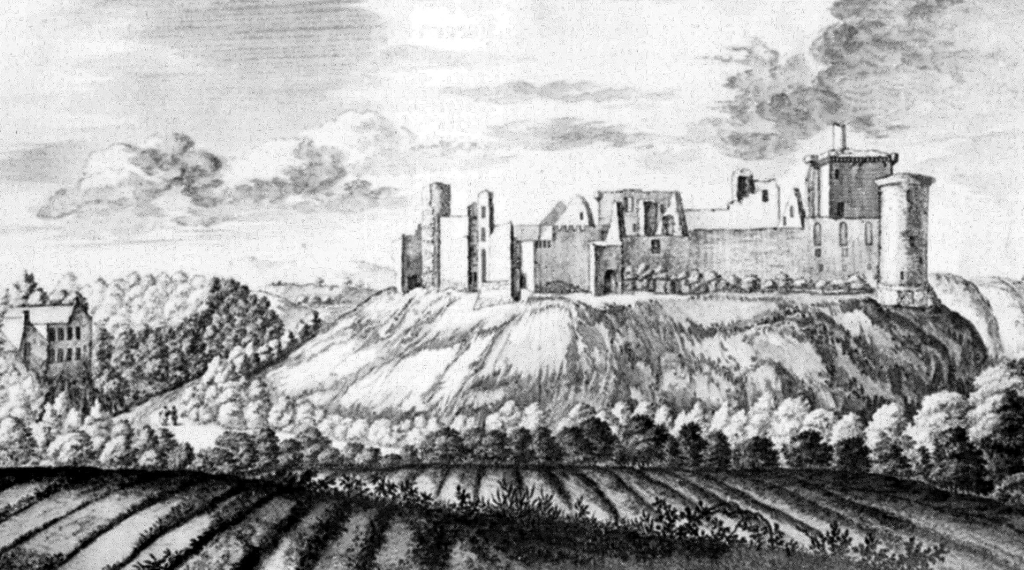 In 1336 the castle was taken and rebuilt by the English, and Edward III made Bothwell his headquarters, but it was partly demolished again after recapture by the Scots, led by Sir Andrew Murray, around 1337. The last Murray laird died from the plague about 1360. 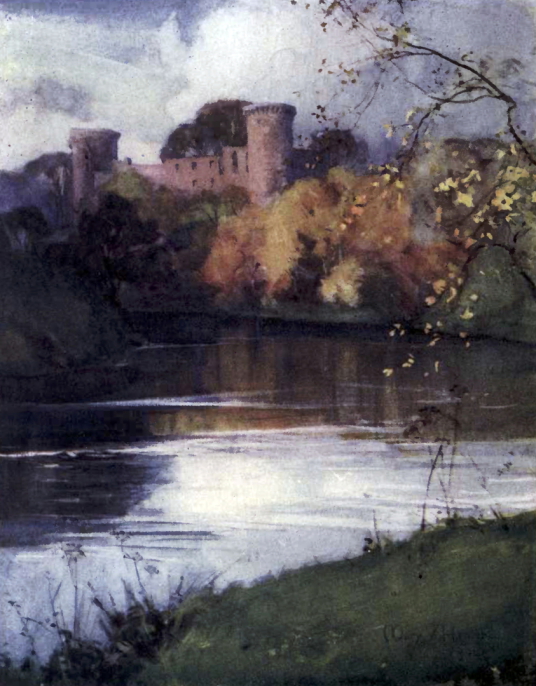 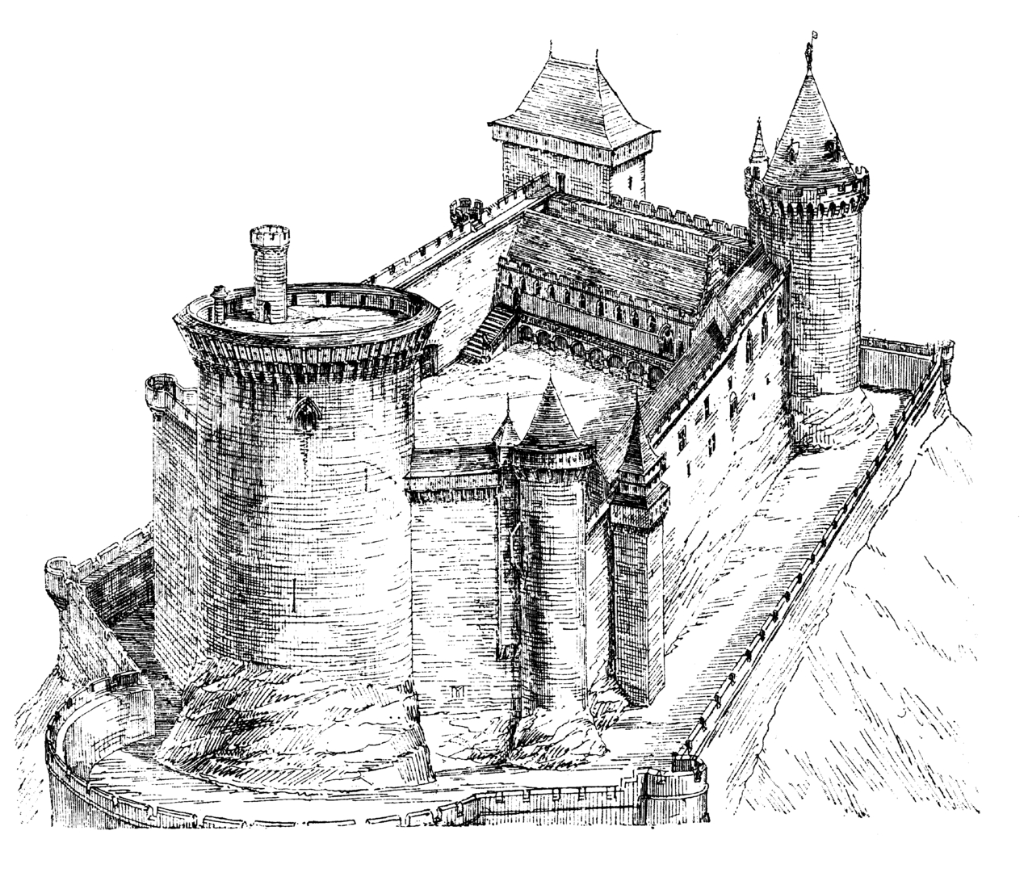 In 1362 Bothwell was acquired by marriage to the heiress Joanna Murray by Archibald the Grim, 3rd Earl of Douglas and Lord of Galloway, and he rebuilt much of the castle (also see Threave Castle). 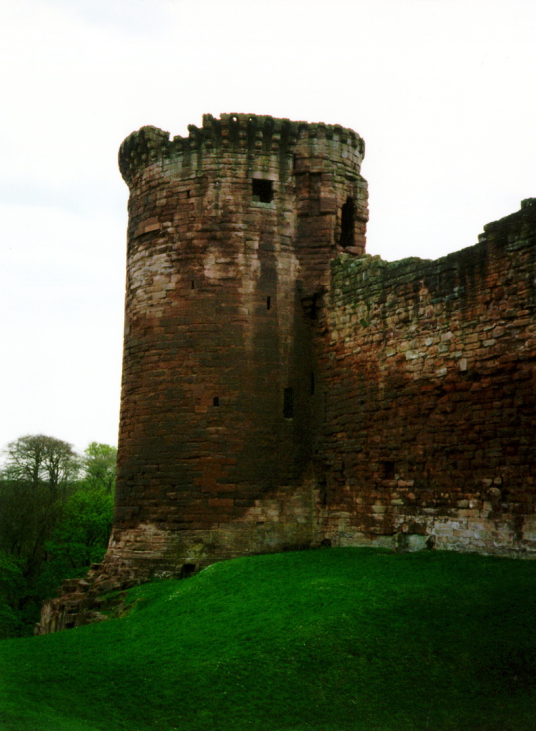 After the forfeiture of the Black Douglases in 1455, it was given to the Crichtons, but after their forfeiture in turn, it passed to Sir John Ramsay of Balnain, but he lost the title and the property, also by forfeiture, after following James III at to defeat at the Battle of Sauchieburn in 1488. It was then held by Patrick Hepburn of Dunsyre, Lord Hailes, later Earl of Bothwell, who exchanged it for Hermitage Castle with the Douglases in 1492. James IV visited in 1503 and 1504. 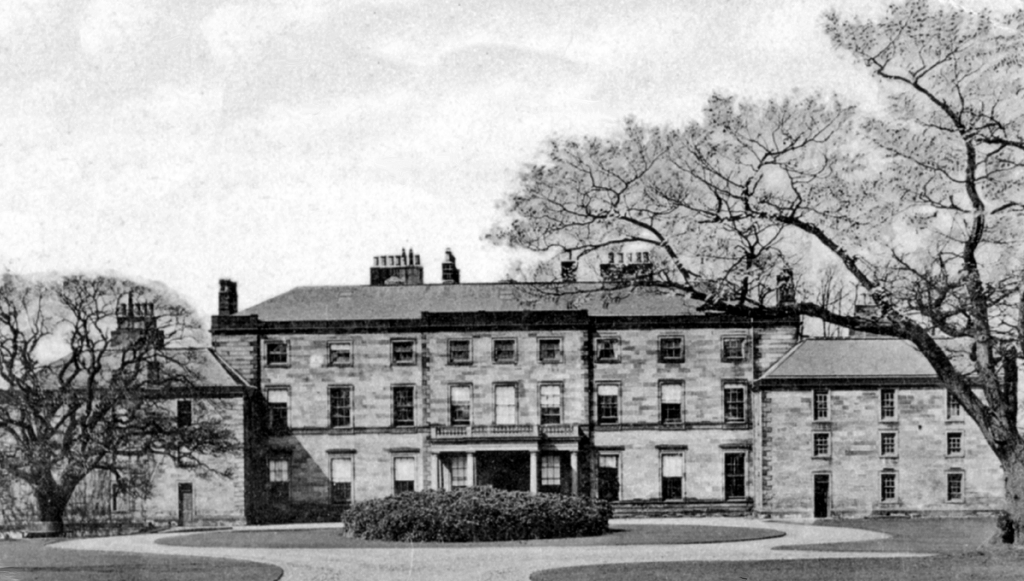 In the 17th century Archibald Douglas, 1st Earl of Forfar, built a classical mansion – demolished in 1926 because of subsidence due to coal mining – near the castle, dismantling part of the castle for materials. In the 19th century the castle passed to the Homes, and in 1935 was placed in the care of the State, and has since been repaired, with the rebuilding of part of the curtain wall. 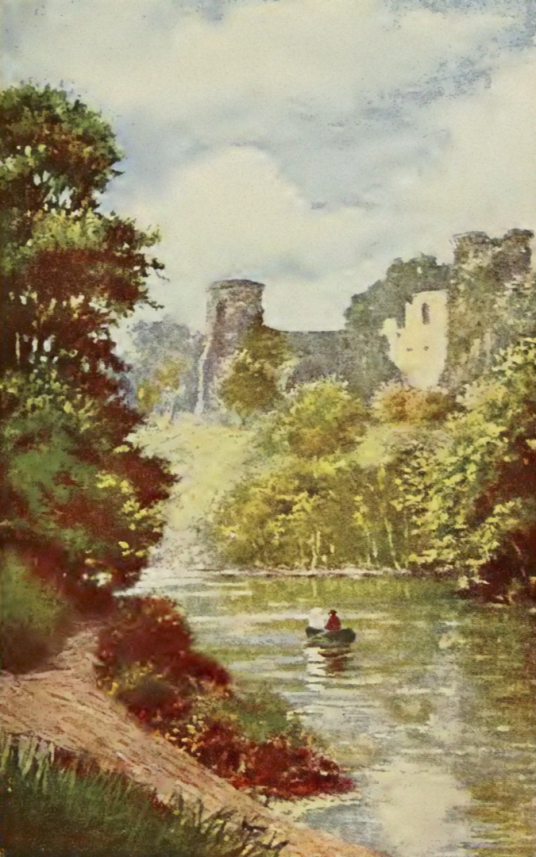 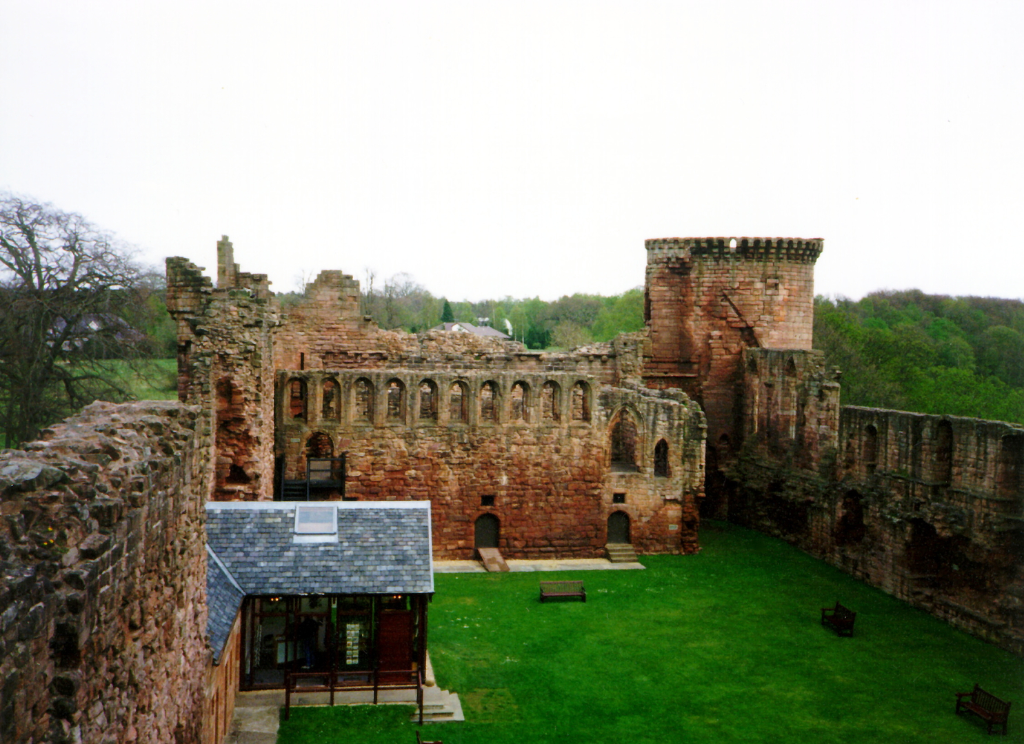 ‘Bonnie Jean’ supposedly haunts the castle, presumably  a ‘Green Jean'. On Halloween she is said to appear above the donjon. She was a noble lady but fell in love with a local fellow, who was below her in station. She tried to cross the Clyde to meet her lover and elope, but her boat was overwhelmed and she drowned.