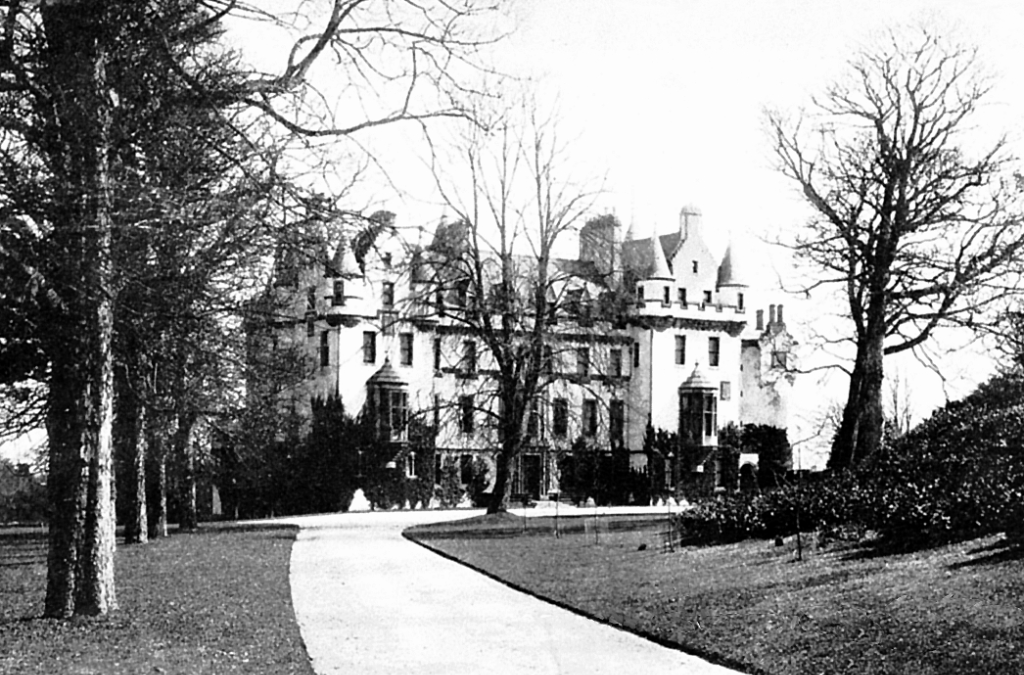 Cortachy Castle consists of a much-altered and extended 15th-century courtyard castle, and is now a large and impressive baronial mansion with whitewashed walls and corbiestepped gables. Three of the round corner towers survive, as well as parts of the curtain wall built into later buildings. The main tower has been engulfed in the extensions. There are many alterations, inside and out, and a large later wing was demolished after World War II.
The castle is set in fine parkland and has a walled garden and many specimen trees. 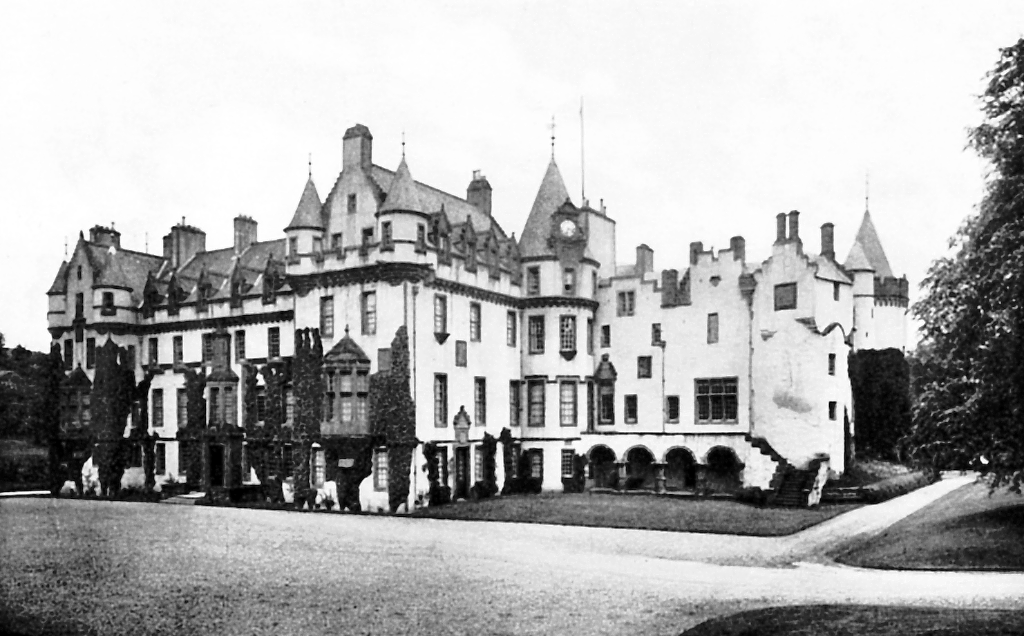 Cortachy appears to be marked on Pont’s map as ‘Achmailshy’.
An older castle here belonged to the Stewart Earls of Strathearn in the 14th century. In 1473 it passed to the Ogilvies of Clova, and then to James Ogilvie, Lord Ogilvie, in 1625. James was made Earl of Airlie in 1639, and was a supporter of Charles I. Airlie Castle (or perhaps Forter Castle) was destroyed by the Campbell Earl of Argyll – whereupon the family moved to Cortachy. Charles II spent a night at Cortachy in 1650 in the ‘King’s Room’, and the following year the castle was sacked by Cromwell. 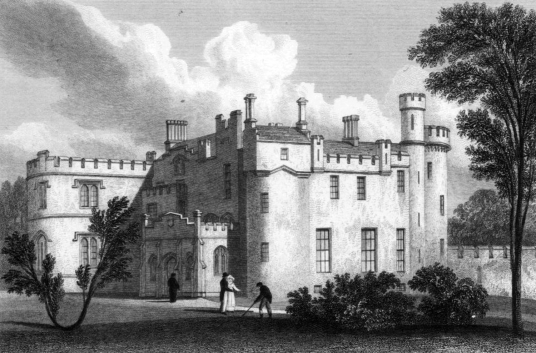 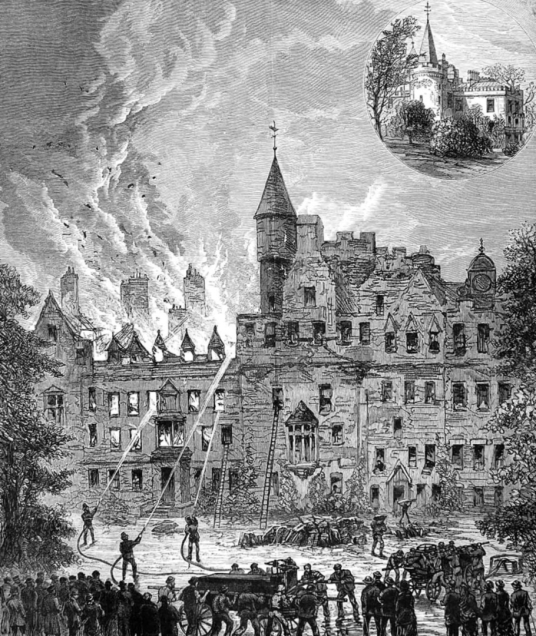 The Ogilvies were forfeited for their part in the 1745 Jacobite Rising, but eventually recovered the titles in 1826. The house was extended by David Bryce in 1872, but fire gutted the Scottish baronial addition in 1883. 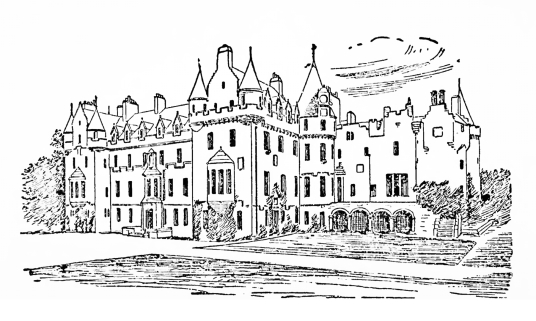 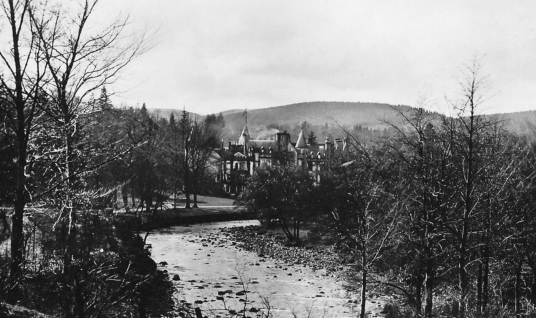 The building was used as a hospital for Polish soldiers during World War II. The castle is still owned by the Ogilvys, although the Earl of Airlie now lives at the restored Airlie Castle. 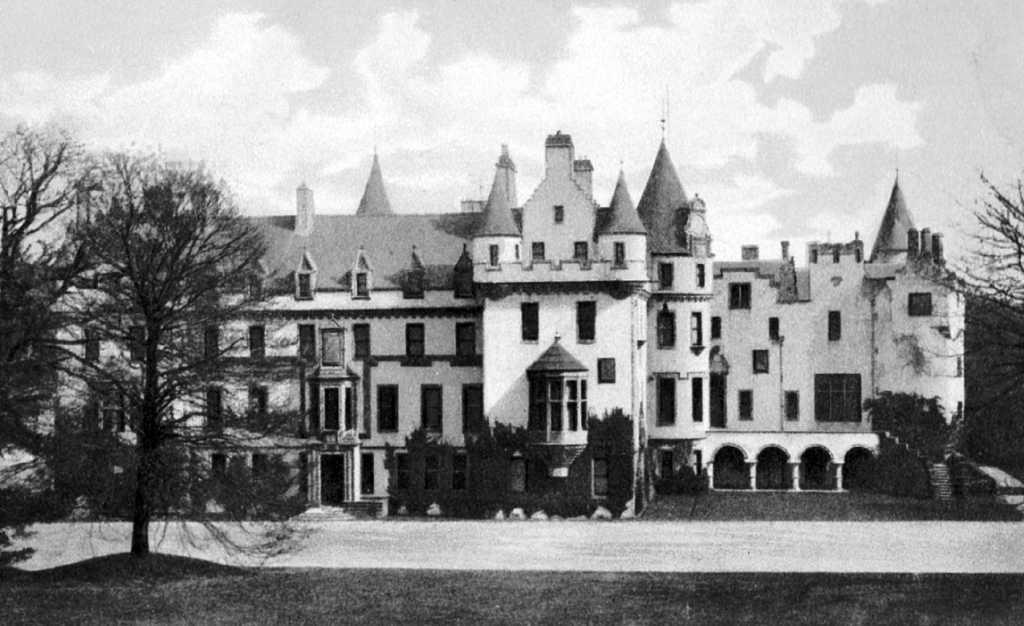 The castle is said to be haunted by a ghostly drummer, who can be heard drumming whenever one of the Ogilvies nears death. The ghost is a spirit of a drummer, who angered the family – possibly by having an affair with the laird’s wife, although there are several versions of the tale – and was murdered, either by burning or by throwing him from the battlements. It is reputed that the drums were heard several times in the 19th century, and heralded deaths in the family and their in-laws.

More about the ghost story can be found at www.bogles.co.uk