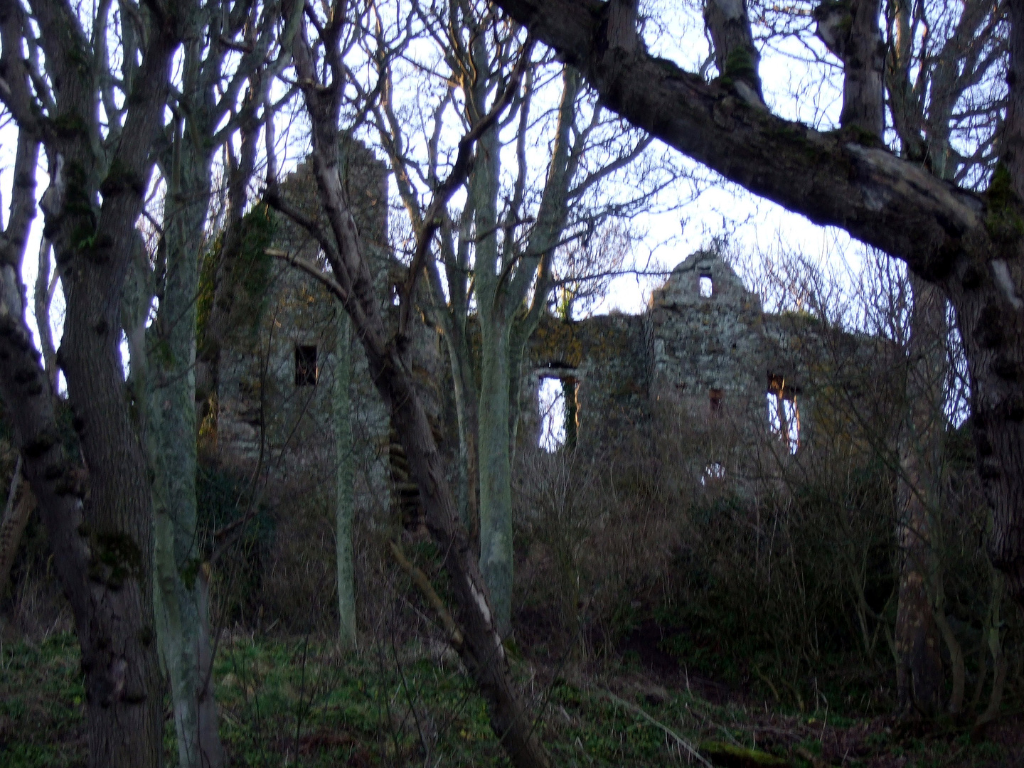 Auldhame is a ruinous 16th-century L-plan tower house. It consisted of a main block of three storeys and a projecting stair-tower and had bartizans crowning the main block. The courtyard side is mostly ruined, but the beach side is more complete. 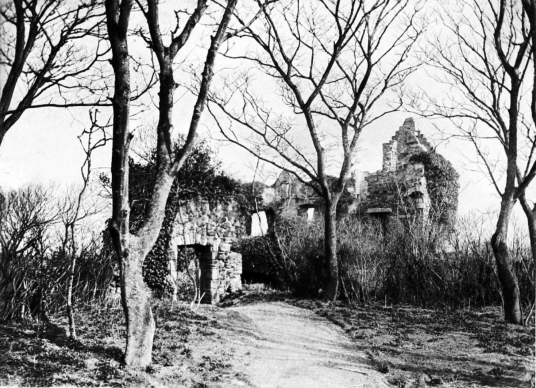 The basement was vaulted, part of it surviving, with a wide-arched fireplace and domed bread-oven. The upper floors are gone apart from above the basement vault. Little remains of a courtyard, and the ruin is in a poor condition. 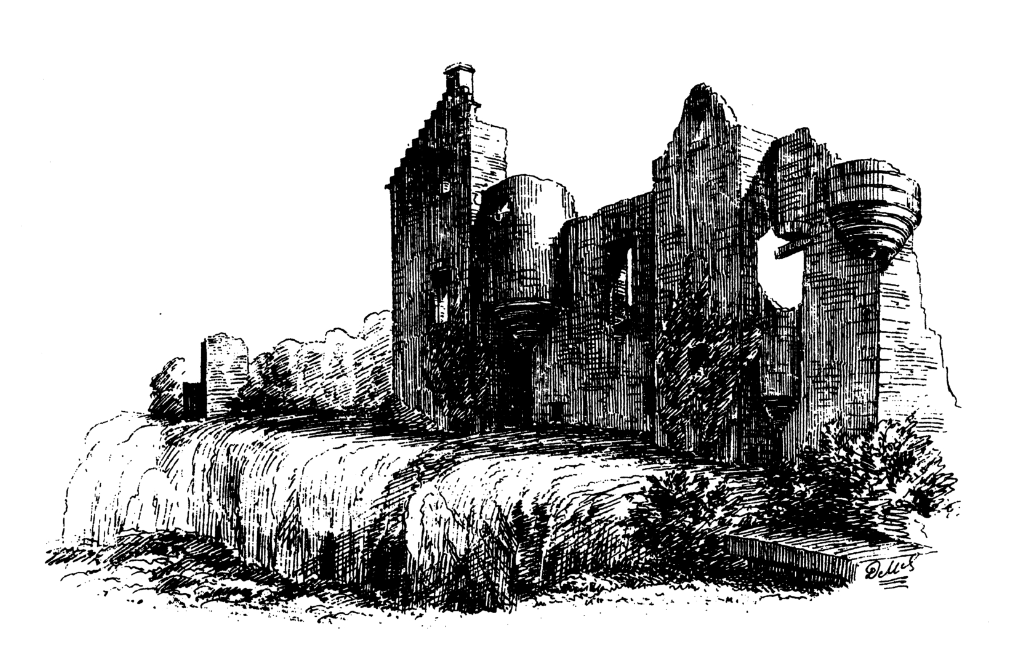 ‘Oldham’ is marked on Blaeu’s map of The Lothians, then on Adair’s map of East Lothian.
The lands originally belonged to the Church, but were acquired by Sir Adam Otterburn of Reidhall, King's Advocate and Provost of Edinburgh, before the Reformation (by 1524), and he probably built the house. Auldhame was later held by the Colt family, who also held Inveresk, near Musselburgh.
The village of Auldhame was near the house, but the parish was united with Whitekirk in the 17th century, and the church was demolished in 1770. There are no obvious signs of either church or village today, and the lands were incorporated into the Seacliff estate. Auldhame stands above the long strand of sand at Seacliff, and there is a pocket harbour among the rocks as well as fabulous views of Tantallon Castle. 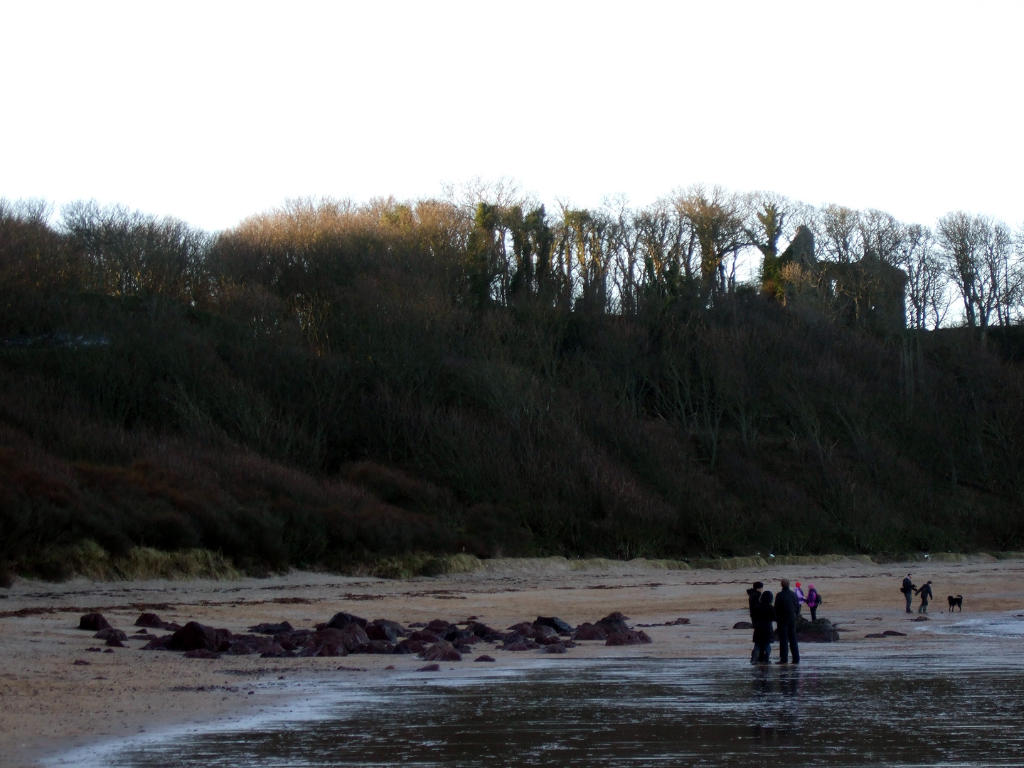 One of the three corpses of St Baldred is said to have been buried at Auldhame in 756, the other burial sites being at Preston (also see Smeaton Hepburn) and at Tyninghame. Auldhame has recently been excavated.