Stirling & Clackmannanshire: About 2 miles north and east of Alloa, on minor roads west of A908 north of junction with B9140, south of River Devon, at Sauchie Tower. 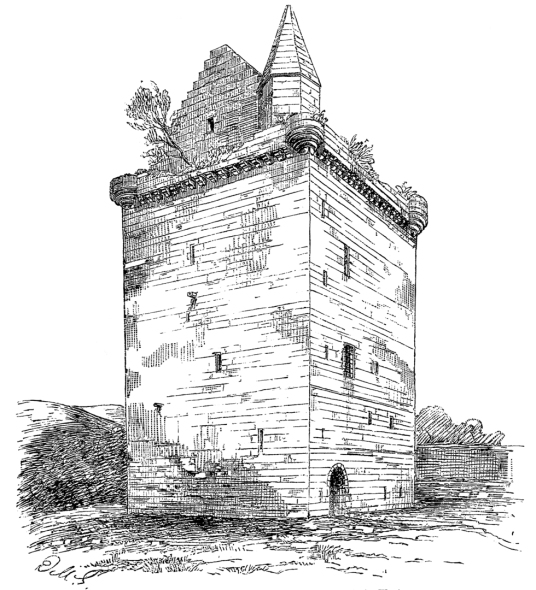 Sauchie Tower is a 15th-century tower, square in plan, of four storeys. It has a corbelled-out parapet, with open rounds at all four corners, and a hexagonal caphouse with a conical roof. The tower had a courtyard enclosing later buildings, but these were demolished in the 1930s. 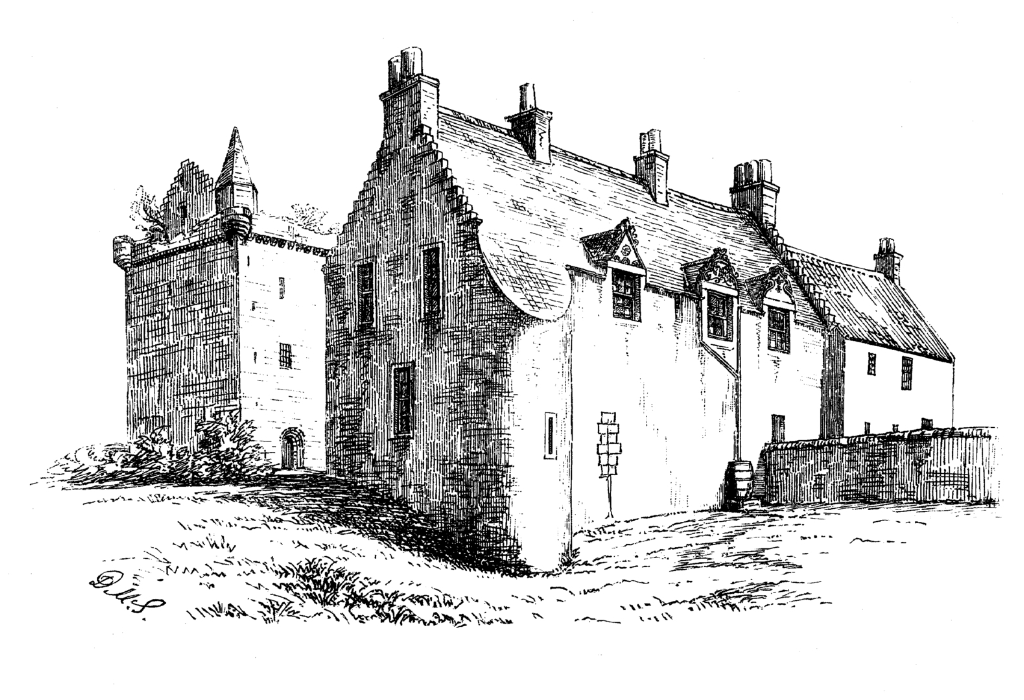 Sauchie Tower: the building in the foreground has been demolished (MacGibbon and Ross)

The arched entrance, at basement level, leads through a lobby, defended by a guardroom, to a turnpike stair in one corner. The basement is vaulted, and there is a pit-prison in the thickness of one wall. The hall, on the first floor, has a wide fireplace, and three of the windows have stone seats. 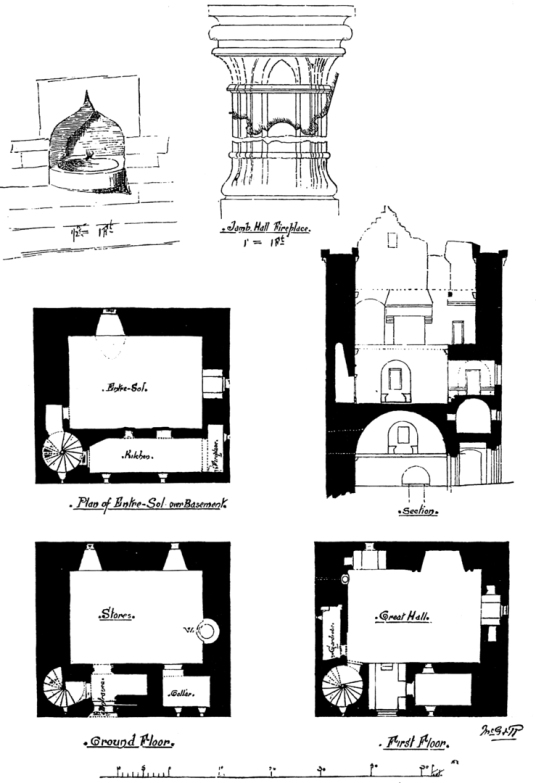 Sauchie was granted to the de Annan family by Robert the Bruce in 1321. In 1420 it passed by marriage to the Shaws, who built the old tower. The family plotted against James III, and Sir James Shaw of Sauchie, Governor of Stirling Castle, refused the king access to his son, later James IV. James III was murdered soon afterwards in 1488 after the Battle of Sauchieburn. The family were Masters of the King’s Wine Cellar in 1529. 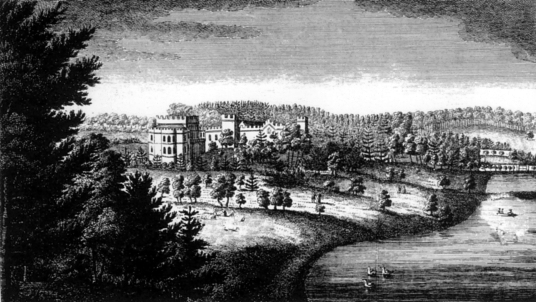 The tower was abandoned for a mansion within the courtyard in 1631, and Sir Alexander Shaw of Sauchie is mentioned in the 1640s. The family moved to Schawpark [NS 905947], near Fishcross, which had work by Robert Adam. Both these houses have been demolished, Schawpark in 1961.
The lands and barony of Sauchie, with the castle, tower, fortalice etc is mentioned in a ratification of 1669 in favour of Sir Henry Bruce of Clackmannan. The Glasses of Sauchie are on record towards the end of the 17th century, including John Glass of Sauchie in 1700. The property passed to the Cathcarts in 1752, one of whom William, made Earl of Cathcart in 1814, was ambassador to Russia in the Napoleonic Wars. The tower became ruinous, but is being restored and now has a temporary roof, being in the care of the Clackmannan Heritage Trust.