Dumfriesshire: About 2.5 miles east of Moniaive, on minor road south of A702 and north of B729, about 0.5 miles north of the Cairn Water, at Maxwelton. 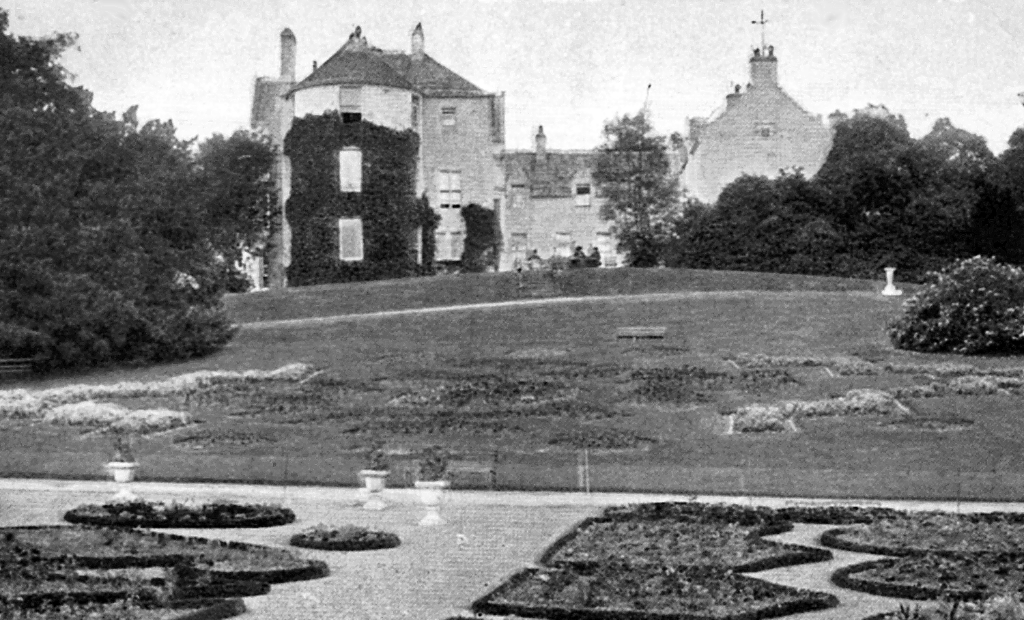 Set in landscaped parkland and fine gardens, Maxwelton, which was originally known as Glencairn Castle, is a 17th-century tower house of two storeys and an attic, although an older castle, dating from the 14th and 15th centuries, may be incorporated. To this has been added a large mansion around three sides of a courtyard. The tower stands at one end of a later wing, and has a round tower, formerly containing a stair, in the re-entrant angle.
The house has been much altered inside, but part of the basement is vaulted.
The castle is marked ‘Glenkairn Cast.’ on Pont’s map, as an impressive building of four storeys and a courtyard. It is also on Blaeu’s map of Nithsdale.
The property originally belonged to the Dennistouns, but passed by marriage to the Cunninghams of Kilmaurs in the 15th century when the heiress Margaret Dennistoun married Sir William Cunningham of Kilmaurs. The family were made Earls of Glencairn in 1488, although Alexander Cunningham, the 1st Earl, was slain at the Battle of Sauchieburn that same year (also see Finlaystone). The property was sold to the Laurie family in 1611, and they changed the name to Maxwelton, which was the name of a neighbouring property. William Douglas, Lord Drumlanrig, had a ratification of 1669 for the lands and barony of Glencairn, with the castle, tower, fortalice, manor place etc.
This was the home of the heroine of the song ‘Annie Laurie’, who married Alexander Fergusson of Craigdarroch in the 1720s. The Lauries sold the property in 1966, and the house is still occupied.