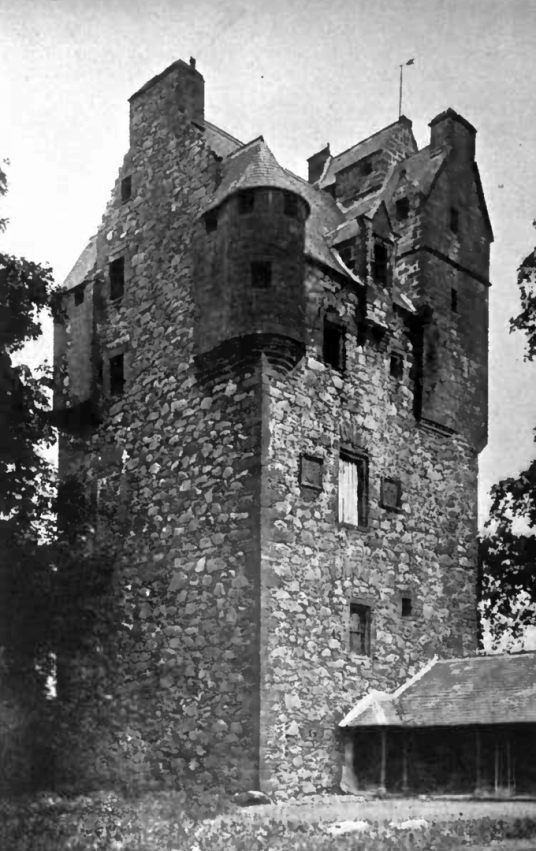 One of the most impressive and well-preserved of all Border castles, Amisfield Tower is a 16th-century tower house, square in plan, of four storeys and an attic and garret, with a profusion of corbelling and turrets. The roof is steeply pitched. A round stair-tower projects, above first-floor level, and is corbelled out to square at the parapet. A gabled watch-tower crowns one corner, while the other three corners have bartizans with conical roofs. A machicolation defends the entrance. 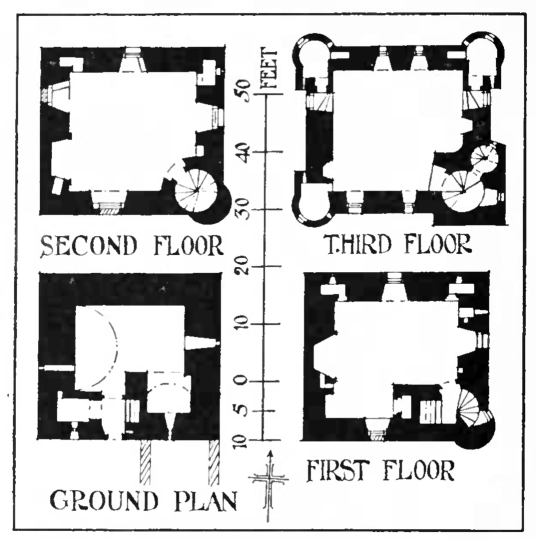 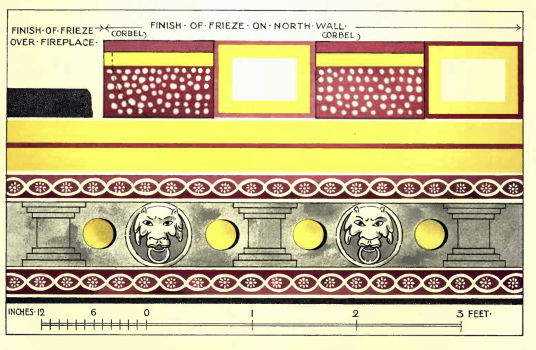 The basement is vaulted. The hall, on the first floor, has three windows and a garderobe. A turnpike stair, in one corner, leads to the floors above, which have fine fireplaces and tempera wall-painting. There is a fine old carved door, dated 1600, and believed to show Daniel wrestling the lion, though this may be an allusion to the Scots ‘wrestling’ with the English. The door is now in the National Museum of Scotland in Edinburgh. 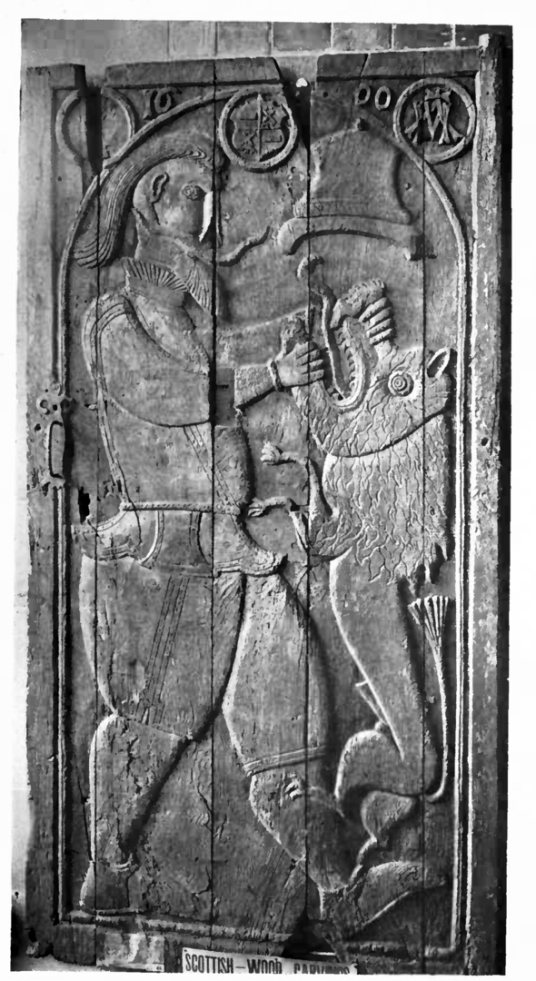 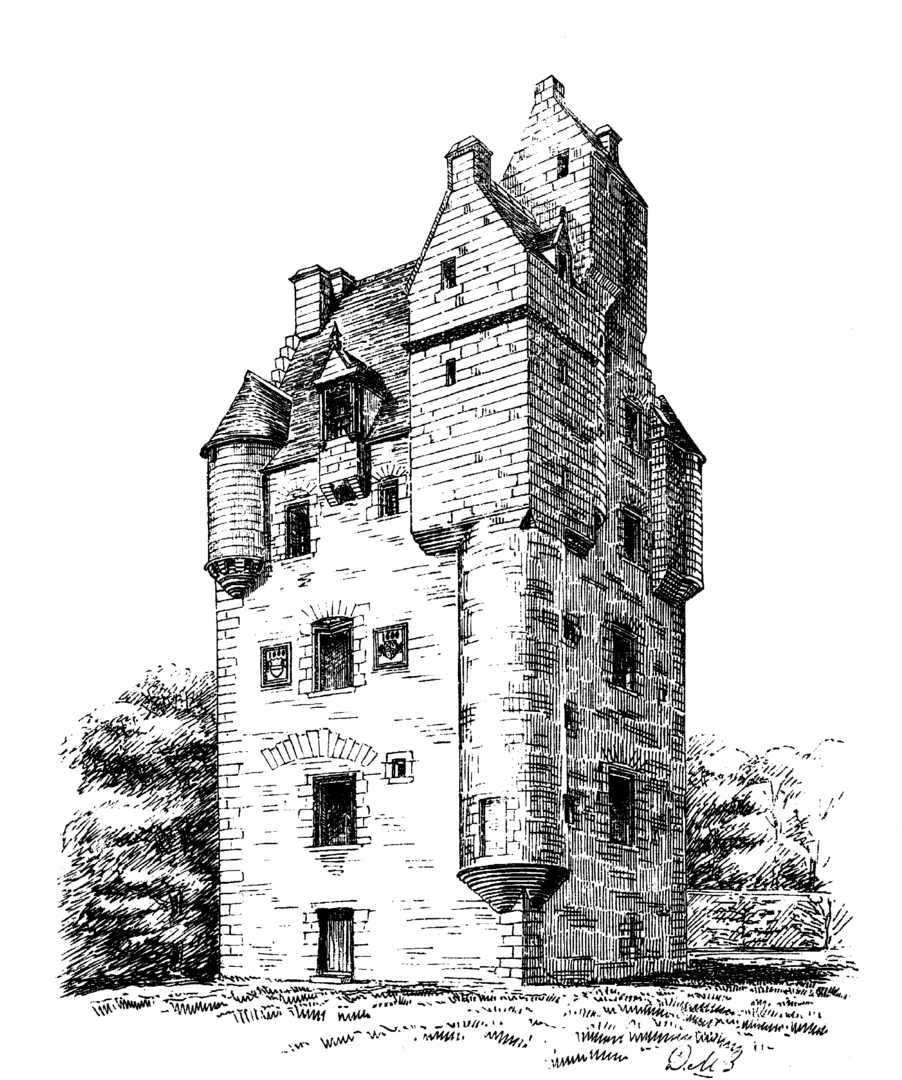 The site is marked on Blaeu’s map of Nithsdale as ‘Hempsseill or Amisfeeld’.
The Charteris family held the lands from the 13th century, and one of the family, Thomas de Charteris, was Chancellor to Alexander II. They built the tower, although there was probably a stronghold here from the 12th century. 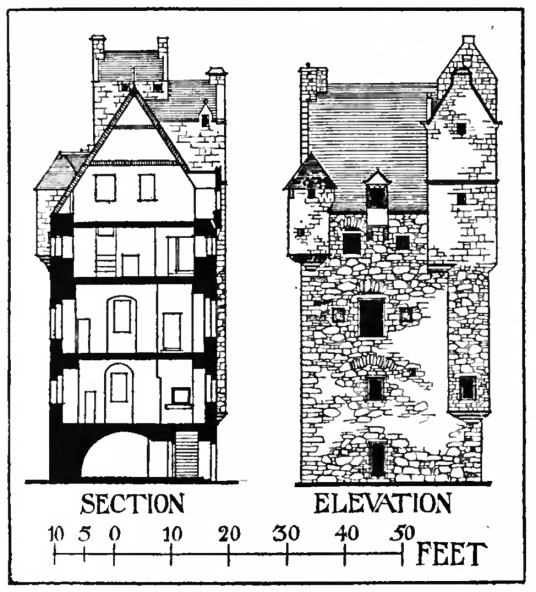 The family feuded with the Kilpatricks of Kirkmichael, and Roger Kilpatrick was murdered in 1526. Sir Robert Charteris of Amisfield fought a duel with Sir James Douglas of Drumlanrig in 1530. Amisfield House [NX 992838] was built nearby in 1631, although it was much remodelled in the 19th century as a two-storey and a basement symmetrical mansion, although incorporating the older house. 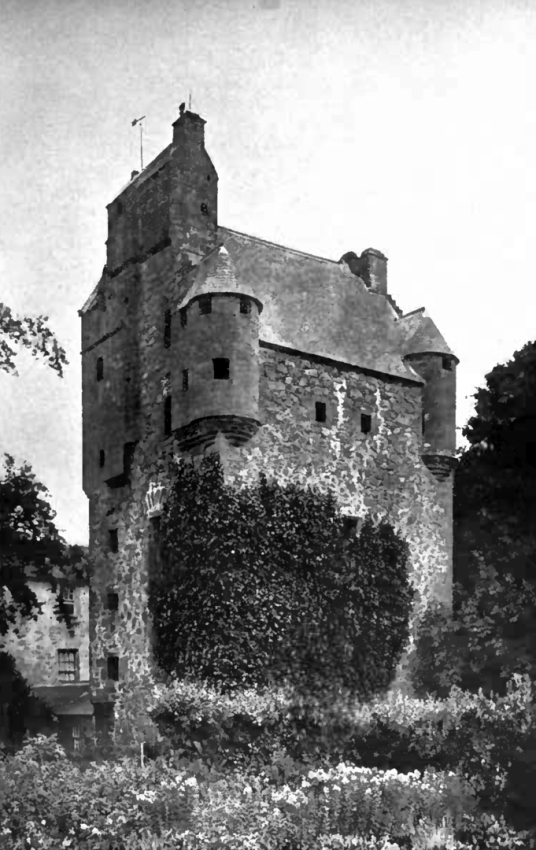 In 1636 the property passed to John Dalziel of Newton. The Dalziels were active Royalists during the Civil War, and Captain Alexander Dalziel was executed in 1650. In 1669 Sir Robert and John Dalzell had a ratification for the lands and barony of Amisfield, with the tower, fortalice, manor place etc. 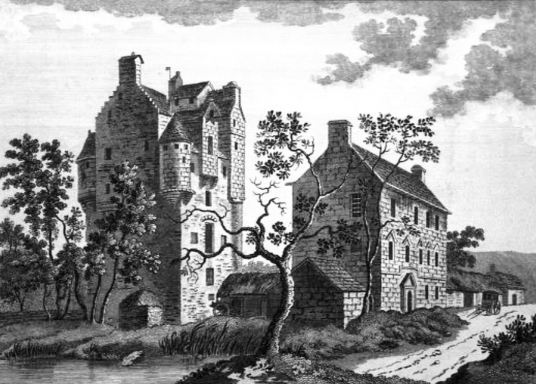 The property returned to the Charteris family, and Thomas Charteris of Amisfield is on record in 1685. They held the castle until sold in 1904. The family purchased the property of Newmills, near Haddington, and built Amisfield House in 1755 (demolished in 1928), and by marriage became Earls of Wemyss and March (see Gosford House).
The Charteris family have a burial enclosure at Tinwald [NY 002816].