Ayrshire: About 6.5 miles east of Ayr, 3 miles south of Tarbolton, on minor road east of B730, just south of the River of Ayr, at Stair House 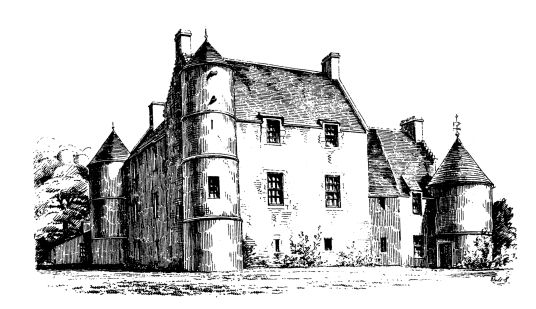 Stair is a fine 16th-century L-plan tower house of three storeys, to which has been added later wings, which were in turn extended in the 17th century. A square tower projects at one corner, and a round tower at another. An extension of two storeys, with a round tower, dates from the late 17th century, as does a three-storey extension with another round stair-tower. The walls are pierced by shot-holes.
The entrance has been moved.
‘Stair’ is marked on Blaeu’s map of Kyle. 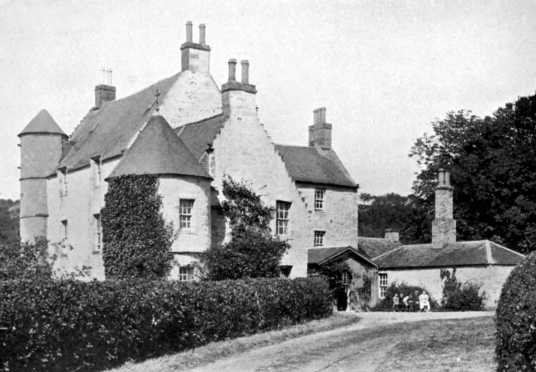 The lands belonged to the Montgomerys, but passed by marriage to Sir John Kennedy of Dunure in the 14th century, then to the Dalrymples of Stair in 1429. The Dalrymples fought against Mary, Queen of Scots, at the Battle of Langside in 1568. They had to flee Scotland in the 1660s after supporting Cromwell, but in a ratification of 1669 in favour of Sir James Dalrymple of Stair the tower, fortalice and manor place of Stair is mentioned. The family supported William of Orange, and James Dalrymple of Stair was made Viscount Stair in 1690. His son, John Dalrymple, Master of Stair, was responsible for the Massacre of Glencoe in 1692, and he was severely punished by being made Earl of Stair in 1703 (!). Dalyrmple also supported the Union of Parliaments with England and was influential in achieving this for Queen Anne.
The property passed from the family in the 18th century, and they moved to Lochinch Castle (see Castle Kennedy), but was recovered about 1826. In the 20th century it was held by the Corbetts.
Stair was visited several times by Robert Burns, and the house has been restored and is still occupied.