Kincardine & Deeside: To south of Braemar, on minor road just west of A93 in Braemar, west of Balnellan Road, by a ravine of Clunie Water, at Kindrochit Castle. 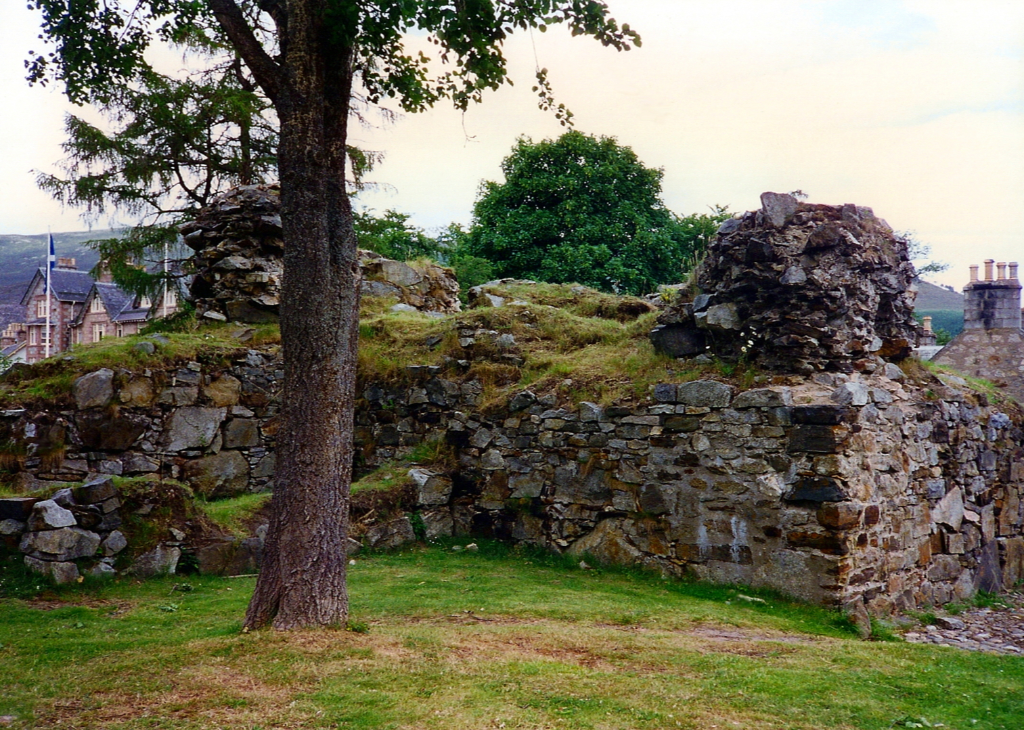 Not much remains of a strong royal castle, with square corner towers, and a later 14th-century tower, built about 1390. It was used by Robert II, who issued charters from here.
In 1390 it was granted to Sir Malcolm Drummond. While supervising work on it, he was kidnapped and died in captivity about 1402, possibly at the hands of Alexander Stewart, son of the Wolf of Badenoch (also see Ruthven). Isabella, Countess of Mar, was forced to marry Stewart at Kildrummy Castle in 1404. Stewart then acquired both the Earldom of Mar and the Lordship of Garioch from her. 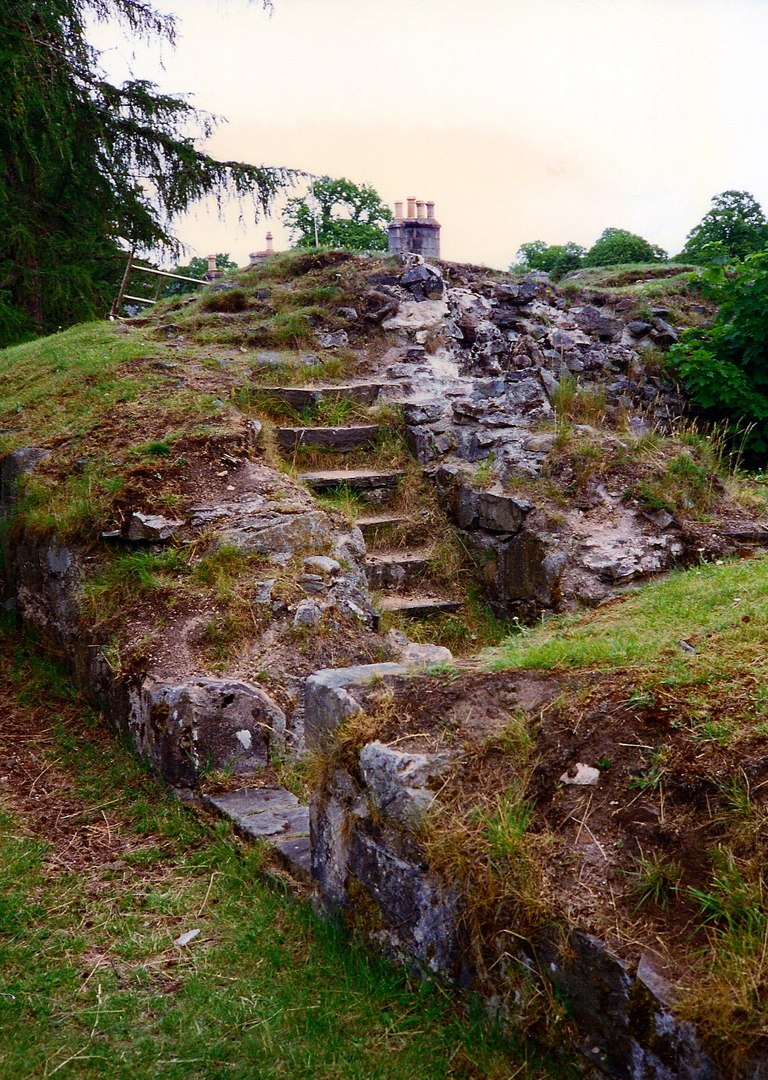 The castle was ruined by 1618, and excavated in the 1920s. The remains have been consolidated and may be visited, following a £210,000 restoration project.
Kindrochit was reputedly destroyed when plague broke out among those in the castle, and the folk of Braemar blockaded them inside. Cannons were used to destroy the castle, and trap anyone remaining alive inside. One story is that in 1746 a Hanoverian soldier was lowered into one of the vaults in search of treasure, but fled when he found a ghostly company seated around a table, piled with skulls. During excavations nothing of this was found, but the Kindrochit Brooch was unearthed, and the walls were traced.

Braemar Castle is nearby.