Saltcoats Castle is a scenic, ruinous and overgrown old castle of the Livingstone family, near the pretty village of Gullane in East Lothian in southeast Scotland. 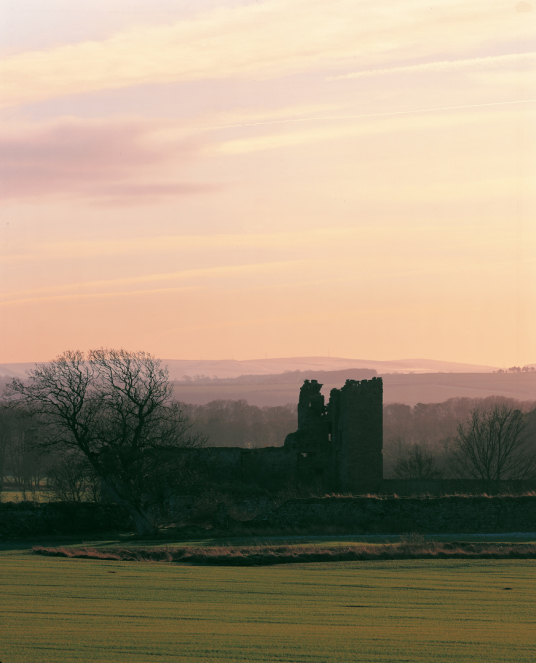 Saltcoats Castle (Many thanks and © Tom Wolf www.tom-wolf.com) 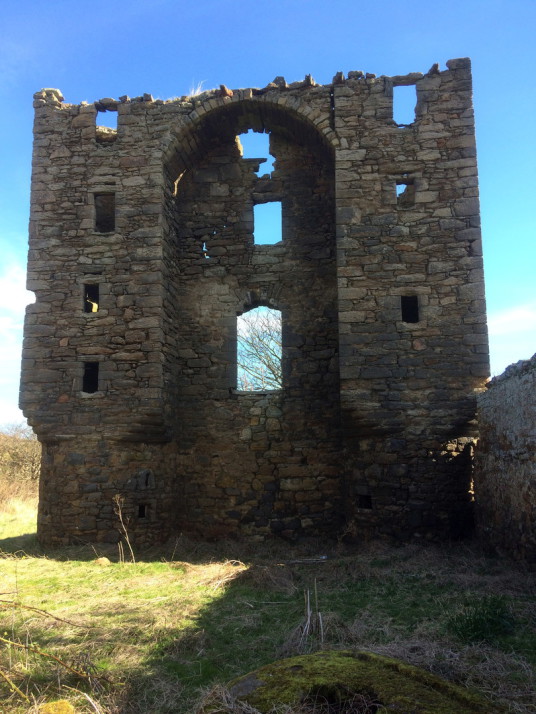 Lothians: About 0.5 miles south of Gullane, on minor road (Saltcoats Road) south of A198, at Saltcoats, on Luffness Links, north of Mill Burn, at Saltcoats Castle.

OPEN: The ruins can be accessed by foot (Saltcoats Road from Gullane): view from exterior. 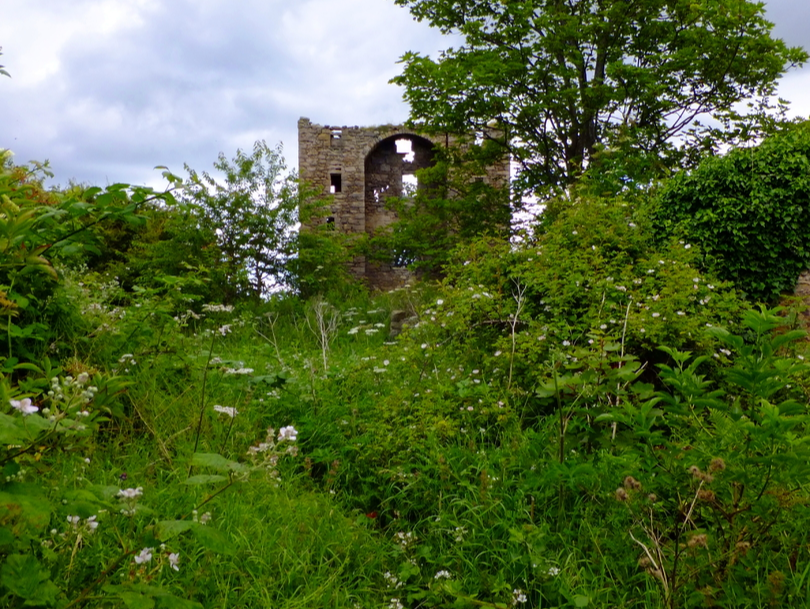 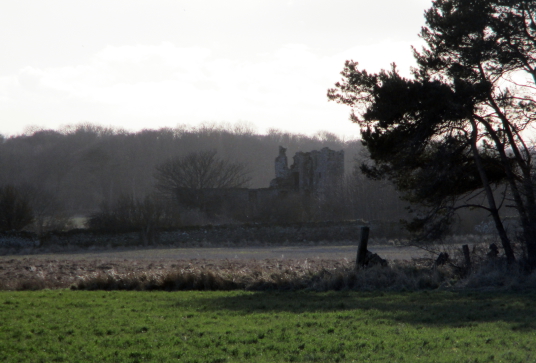 Named after the salt marsh which formerly defended the castle, Saltcoats Castle is an unusual ruined and overgrown 16th-century courtyard castle. 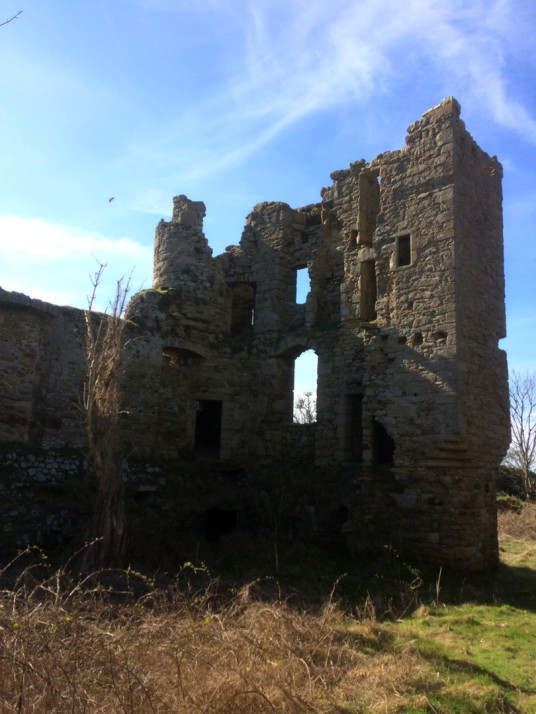 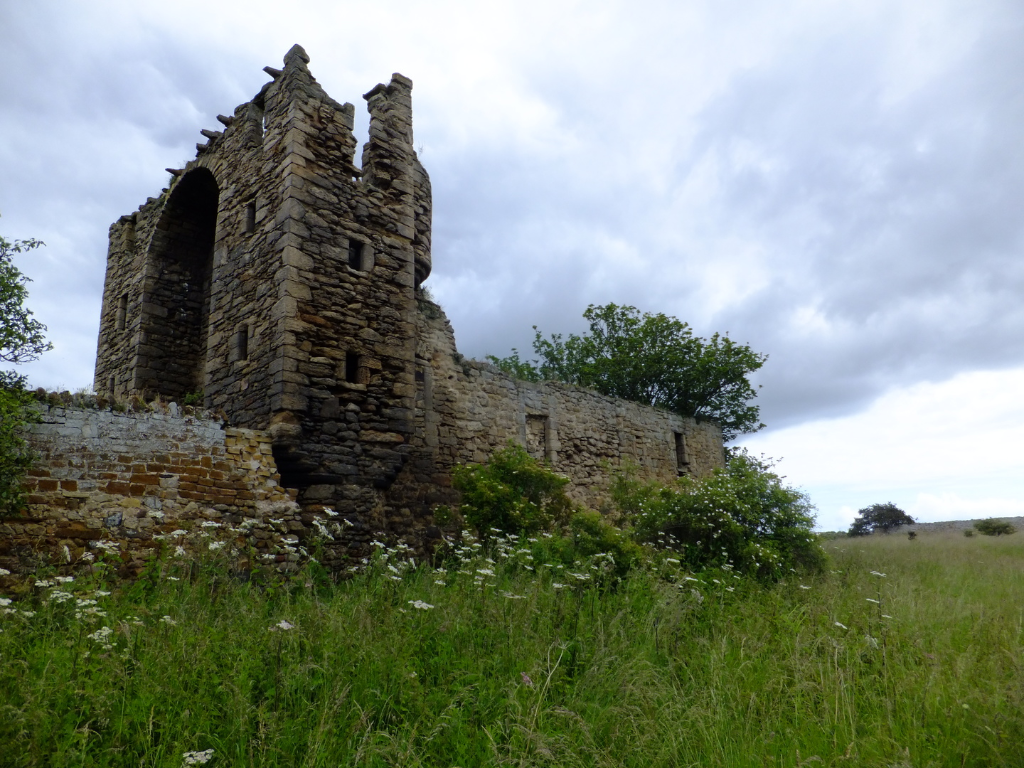 Ranges of buildings, rising to two storeys and an attic, were arranged around a central courtyard, except at one end where a block of four storeys stood. This block is made up of two towers, rounded at the bases but corbelled out to square above basement level, which are joined by an arch, which carried a parapet. The walls are pierced by gunloops, although do not appear to have been very strong as the walls are not very thick. 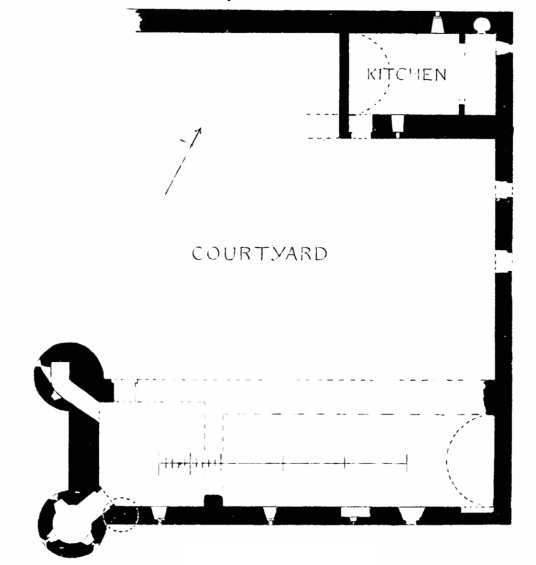 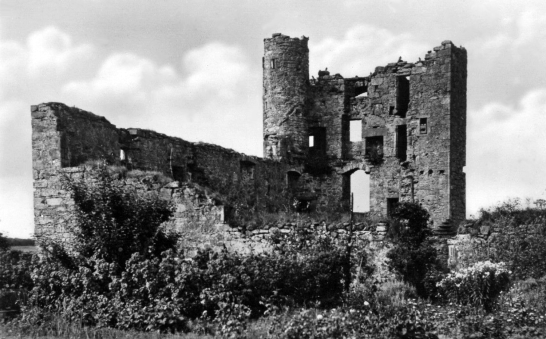 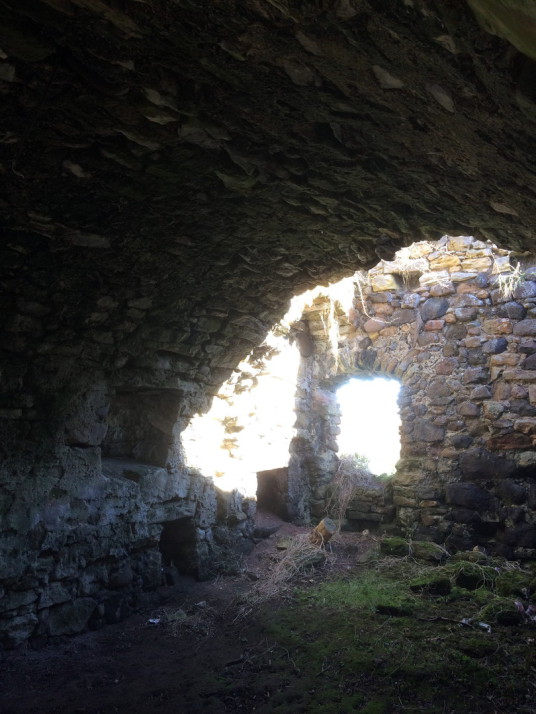 The basement of the main block has been vaulted.

The vaulted basement of one of the ranges survives, and was probably the kitchen. There is a well in the courtyard to the west. 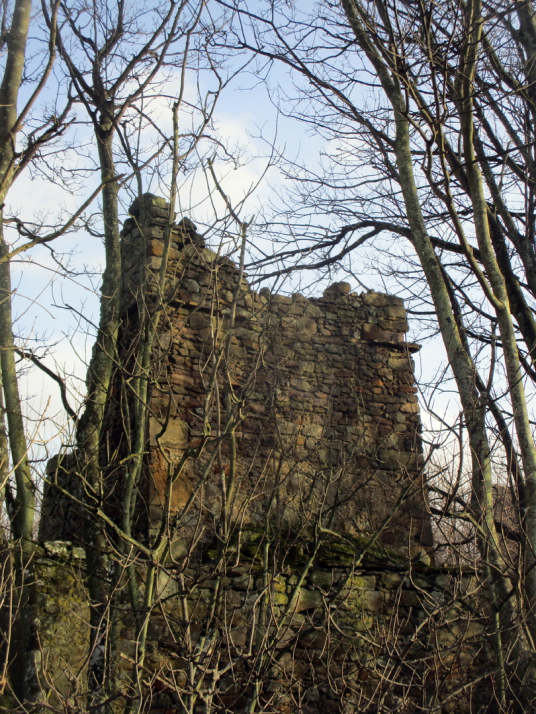 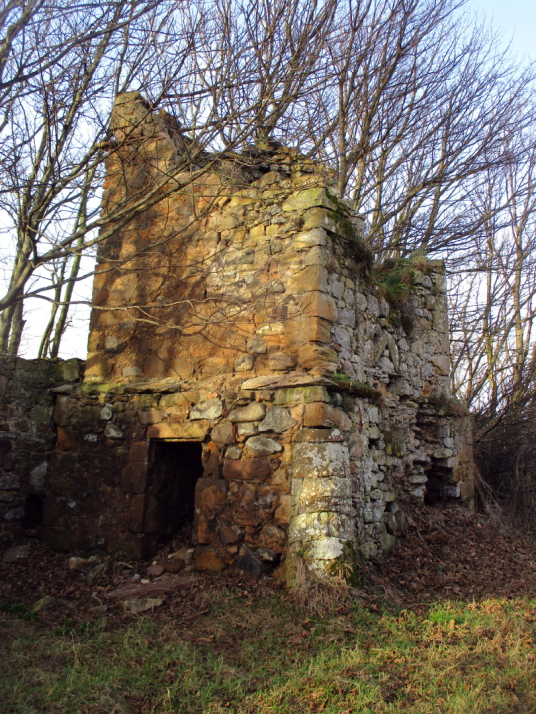 A roofless lectern-shaped doocot [NT 485819] with corbiestepped gables is built into the boundary wall and probably also dates from the 16th century, and there were once gardens, an orchard and a bowling green. The walls of these survive. 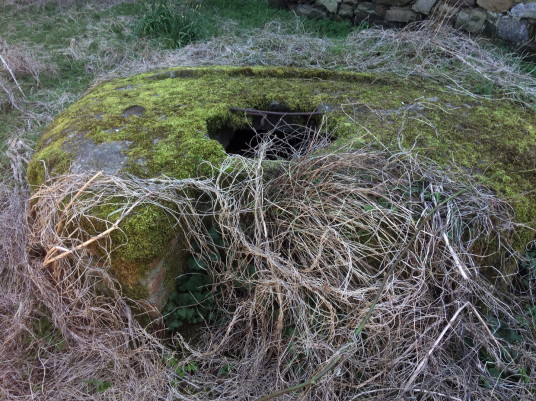 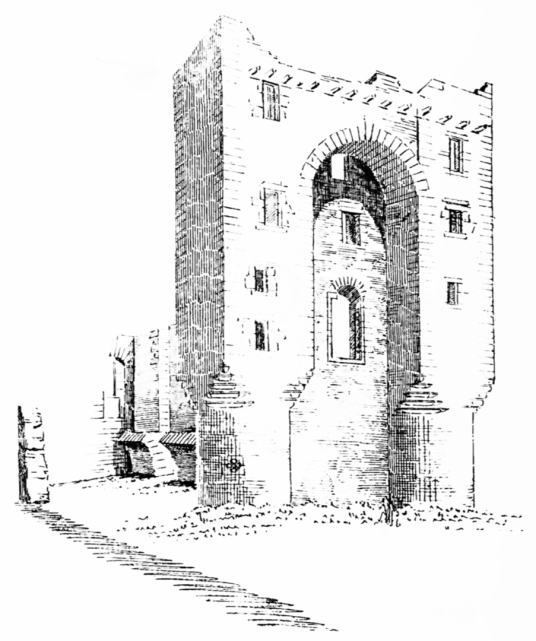 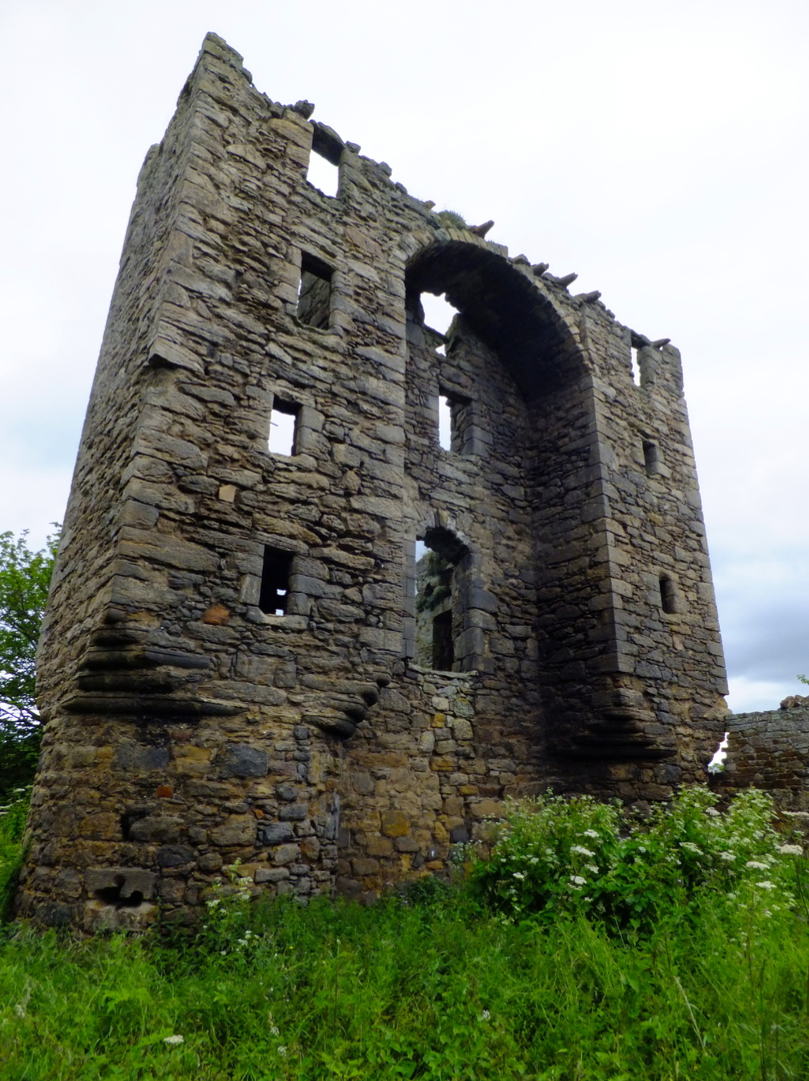 ‘Saltcotts’ is marked on Blaeu’s map of The Lothians, then on Adair’s map of East Lothian, where it is shown within a walled and wooded enclosure. 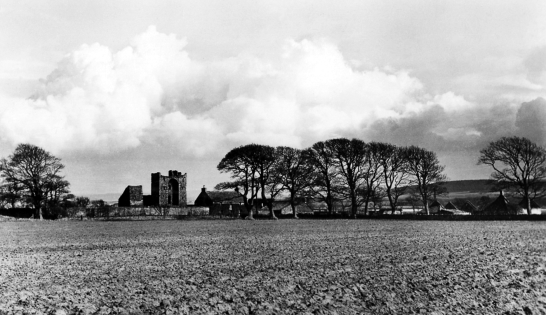 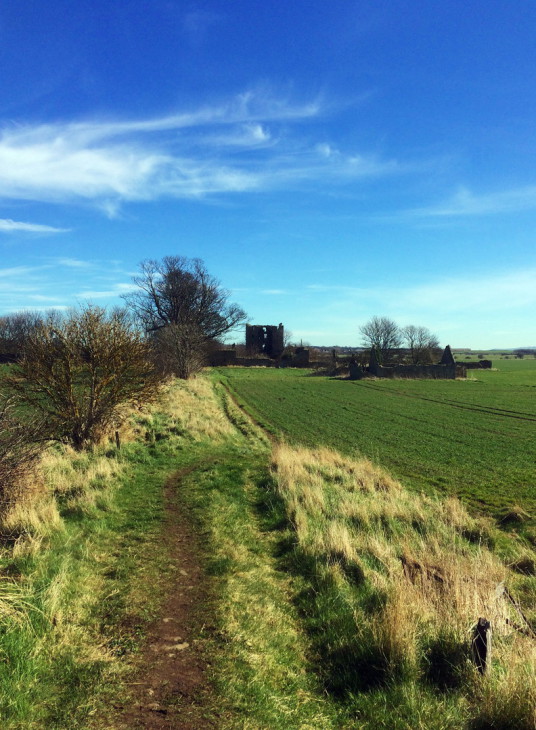 Saltcoats was a property of the Livingstones in the 16th century, and the castle is said to have been built by Patrick Livingstone and his wife Margaret Fettis, whose arms are over the entrance into a later cottage. The panel has the date 1390, but has probably been changed from 1590 and has been reset. One story is that the Livingstones were given the property for killing a wild boar that was terrorising the area. 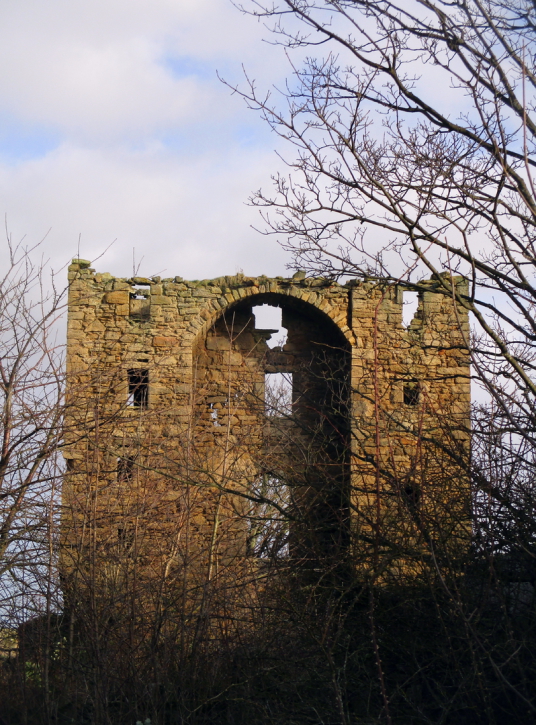 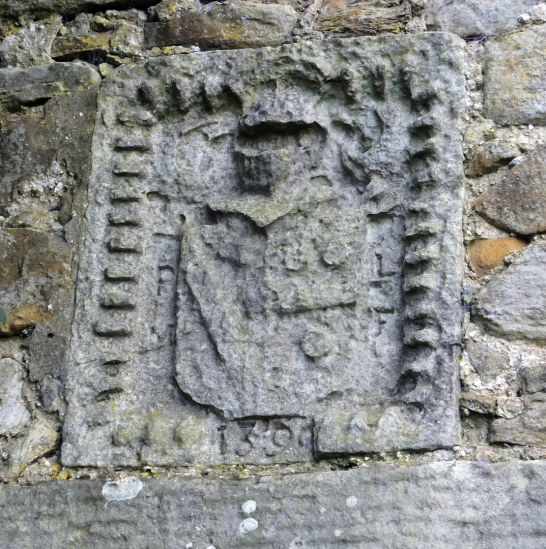 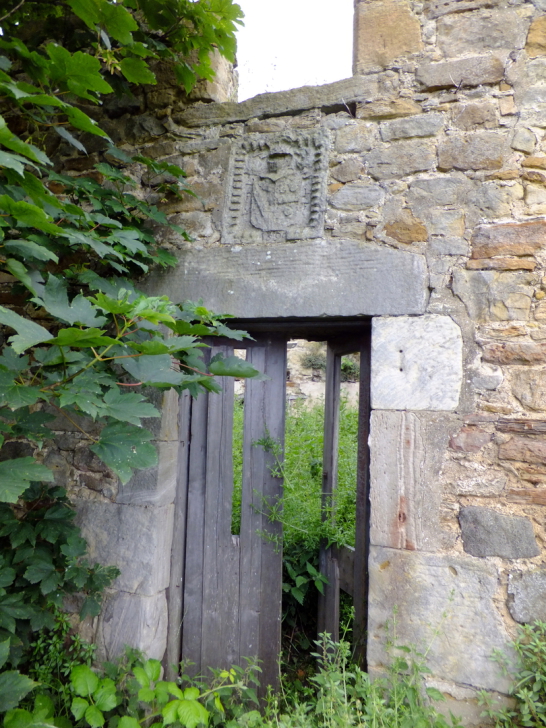 Alexander Livingstone of Saltcoats is on record in 1644 and later, then George Livingstone of Saltcoats in 1700 in the Petition of the heritors of the sheriffdom of East Lothian. In the 18th century the property passed by marriage to the Menzieses of Culteralters, then by marriage to the Hamiltons of Pencaitland. Margaret Menzies, wife to John Hamilton of Pencaitland, lived here and died in 1790. 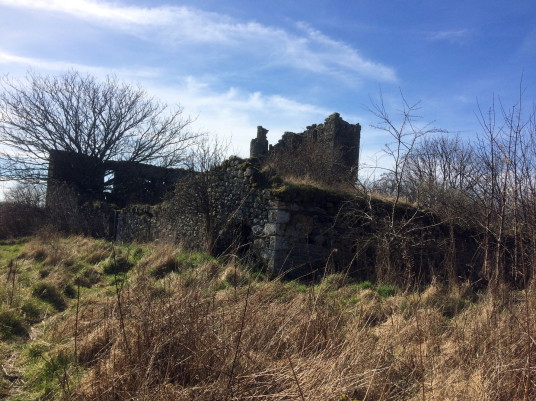 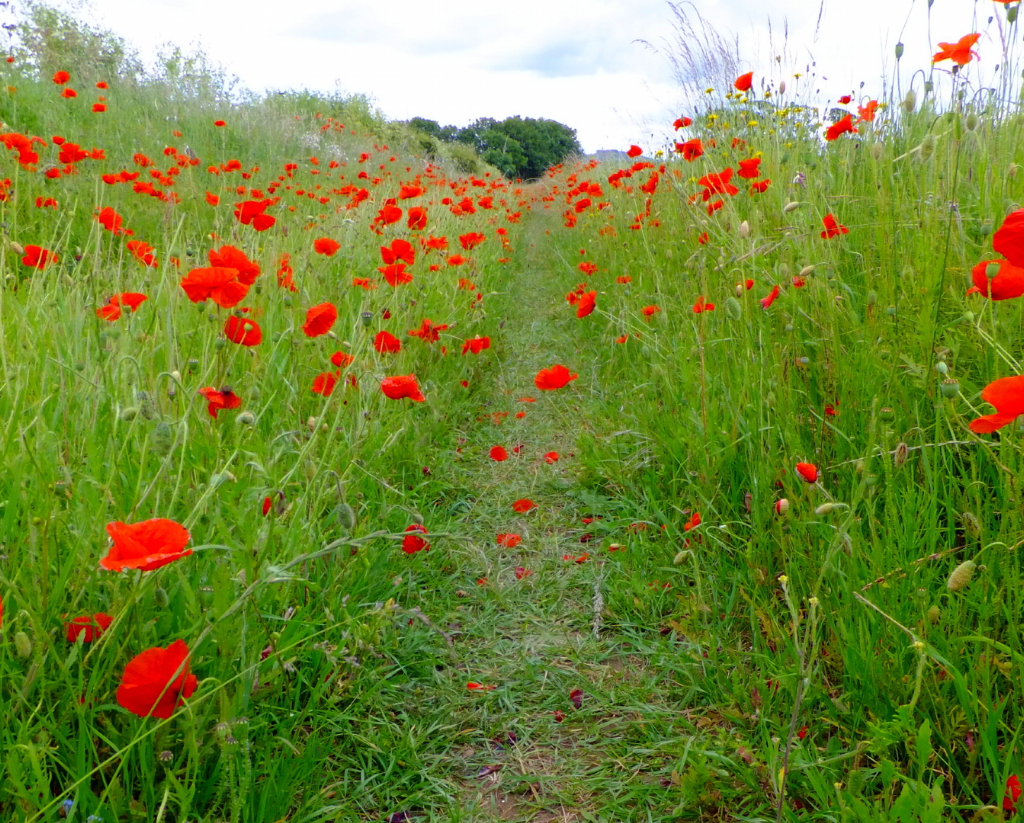 Saltcoats Castle: poppies on track to the castle (© Martin Coventry)

The castle was inhabited until the early 19th century, but was partly demolished about 1820, and by the mid 19th century the property was owned by the Hopes of Luffness. The cottage and other buildings nearby are also now ruinous.