Western Isles: To west of Stornoway, on minor roads south of A859 or west of A857, Lews Castle, on isle of Lewis. 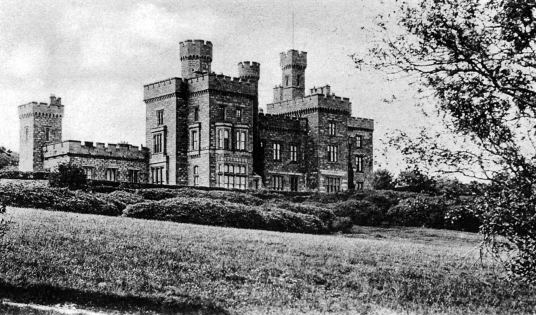 Above Stornoway harbour in fine landscaped and wooded grounds, Lews Castle is a substantial plain baronial mansion, rising to two and three storeys, with corbelled-out crenellated battlements and tall round and square turrets. The building was designed by Charles Wilson, and dates from the middle of the 19th century. 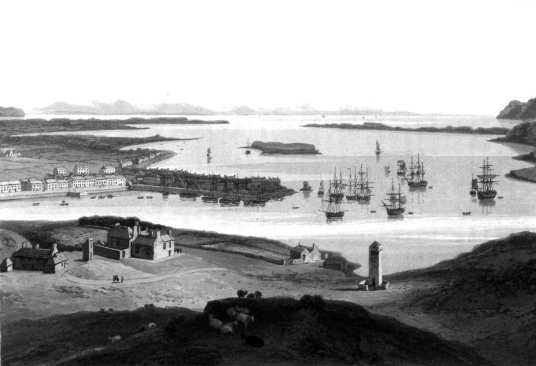 Lewis was a property of the MacLeods but passed to the Mackenzies of Kintail at the end of the 16th century, and they built Seaforth Lodge at the end of the 17th century and extended in the middle of the 18th century, perhaps on the site of an older tower or house. Lews Castle was built on the site of Seaforth Lodge by Sir James Matheson, who had made his money from the opium trade in China, after he purchased Lewis and Great Bernera in 1844 from the MacKenzies.

The property was sold to William Hesketh Lever, Lord Leverhulme, in 1918, and he gave the castle and 64,000 acres of grounds to the people of Stornoway in 1923. During World War II the castle was used as a naval hospital, then later as accommodation for Lews Castle College, but was then abandoned in 1997. The building was then renovated and the new Museum nan Eilean (Museum of the Isles) was built and was open in 2016.
Cnoc na Croich [NB 417323], ‘Gallows Hill’, is traditionally the site where criminals were executed, and nearby are the remains of a chambered cairn. The pleasant wooded park and gardens were laid out in the middle of the 19th century by the Mathesons and have shore, woodland, and river walks as well as moorland.