Lothians: About 5 miles south-east of Dunbar, on minor roads south of the A1, about 0.75 miles east of Innerwick, just north of the Thornton Burn, at Innerwick Castle.

OPEN: Path to castle from access stile through wall near Crowhill: care should be taken. The castle is private property and currently inaccessible and unsafe for visitors until urgent stabilisation work is undertaken. 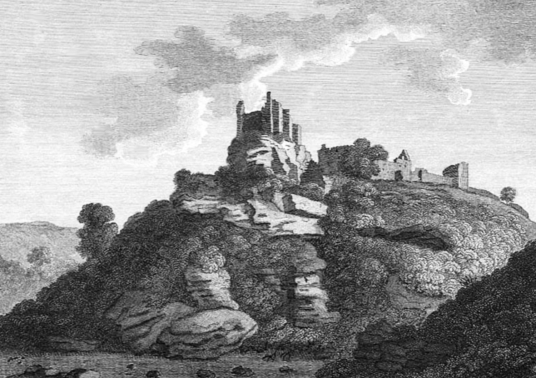 Standing on a rocky crag above the Thornton Burn, little remains of Innerwick Castle, a 15th-century tower and courtyard, except vaults, ruined walls and a rock-cut ditch. This was once a large and strong castle, but it is much reduced.
‘Innerwyck’ is marked on Blaeu’s map of The Lothians, then ‘Innerwick’ on Adair’s map of East Lothian. 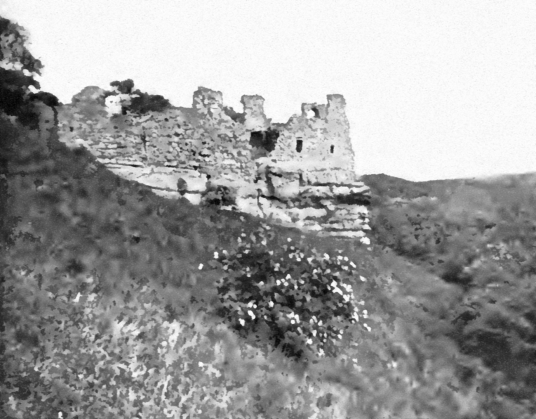 The castle was built by the Stewarts, but passed to the Hamiltons in 1398, and the castle was besieged by the Percys and the 4th Earl of Douglas in 1403. Alexander Hamilton of Innerwick is mentioned in judicial proceedings in 1498. In 1547 the English smoked out the garrison and (only partly, presumably) dismantled the castle, but a year later the castle was again in the hands of the Scots. 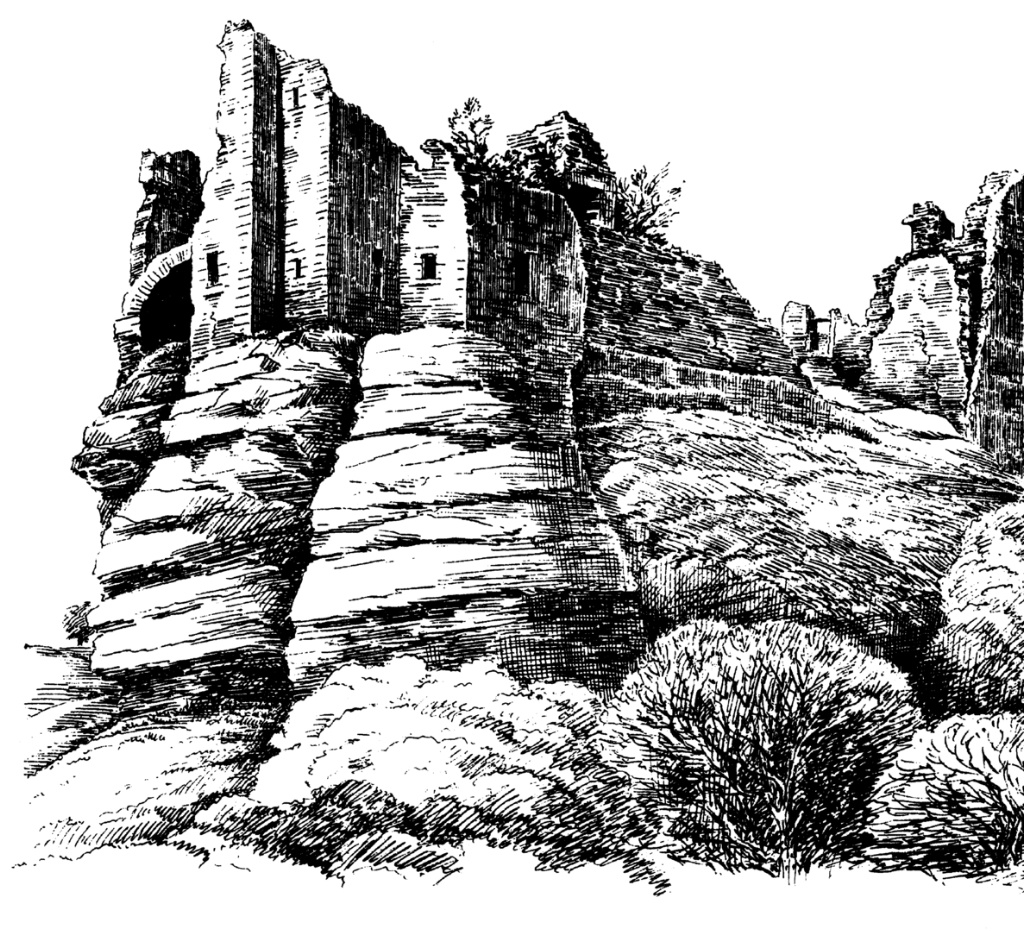 The Master of Hamilton and eight other men held Innerwick against the English. Eight of the garrison were picked off with muskets, while the last threw himself to his death from one of the walls. The defences were then slighted. Again, how much damage was actually done is not clear, but Sir Alexander Hamilton of Innerwick is on record in 1598. 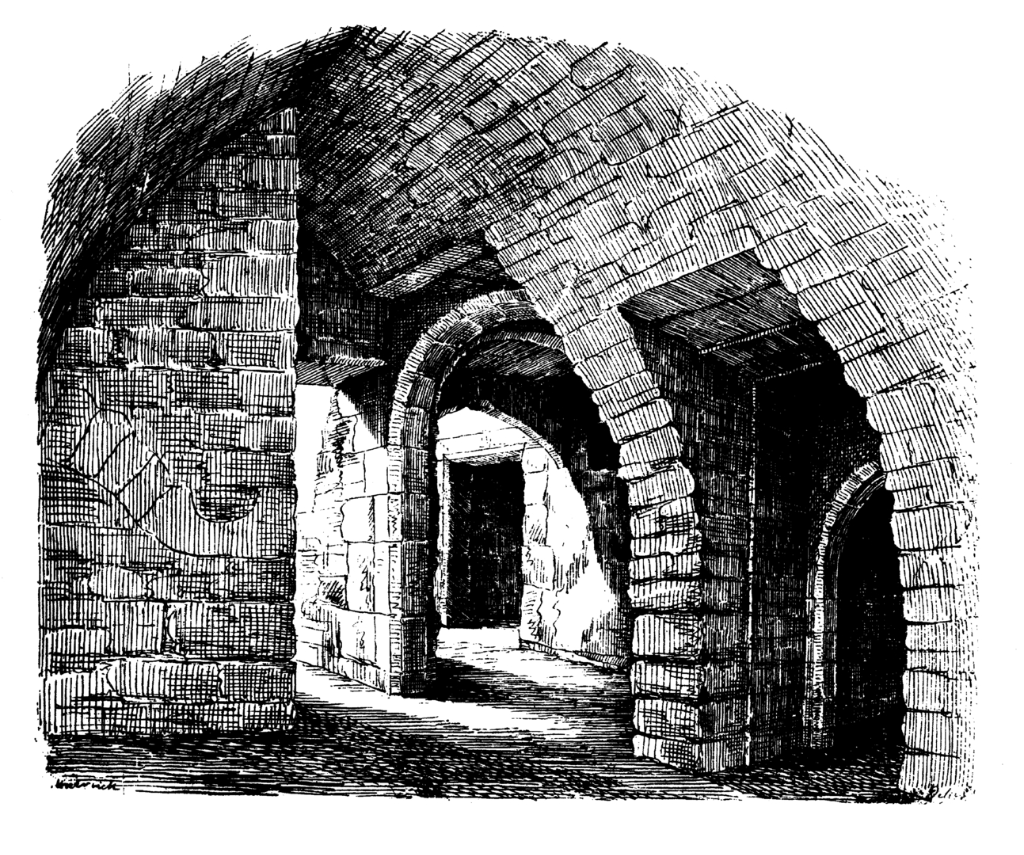 The property was later a property of the Maxwells as James Maxwell of Innerwick had an act in his favour in 1663. The castle was sufficiently complete to be used as a base, along with Dirleton and Tantallon, to attack Cromwell’s lines of communication in the 1650s. James Maxwell of Innerwick became Earl of Dirleton. The property was sold to the Nisbets in 1663.
The castle is in Thornton Glen, which is a wildlife reserve managed by the Scottish Wildlife Trust.