Lothians: Just south of Prestonpans, on minor road north of B1361, north-west of Prestonpans railway station, near Hamilton House and Preston Tower, at Northfield House. 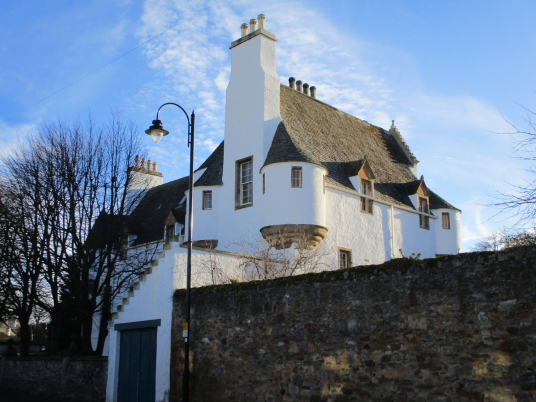 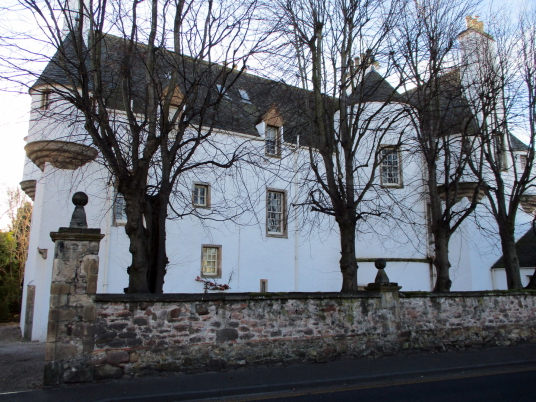 Standing within an extensive walled garden with fine old trees and orchard and grounds of around 1.7 acres, and a very atmospheric place, Northfield House is an altered late 16th-century L-plan house of three storeys and a garret. Large bartizans crown all corners, the pitch of the roof is very steep, and there are corbiestepped gables. 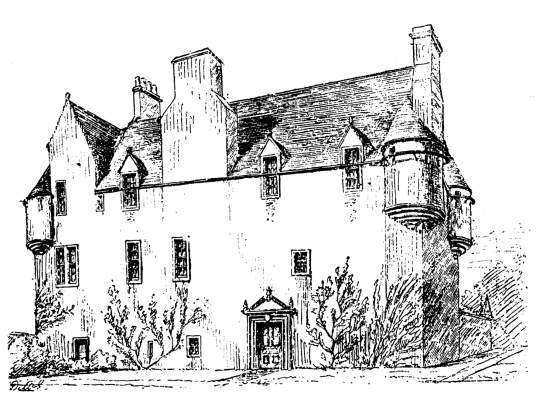 There is a stone over the doorway with 1611 and the initials of Joseph Marjoribanks and Marion Simpson and the inscription ‘EXCEP THE LORD BVLD IN WANE BVLDS MAN’. 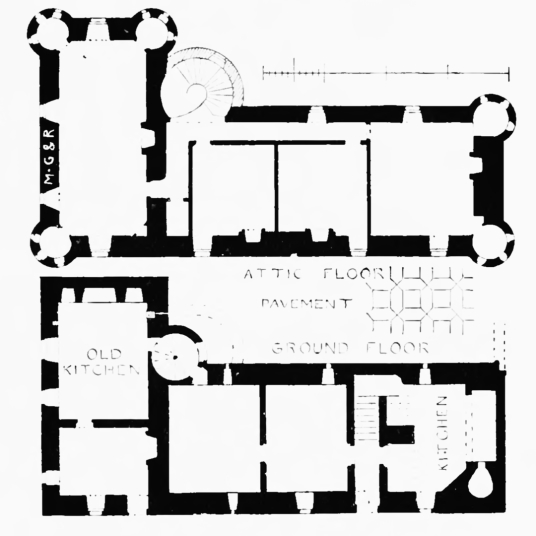 The basement is vaulted and the hall was on the first floor, but the building has been altered inside. In 1956 fine original tempura painted beam and board ceiling was discovered behind plasterwork and boards, including in the hall and two bed chambers, as well as wall decoration showing hunting scenes, good plasterwork and 17th-century fireplace. There are 16th-century wooden doors. 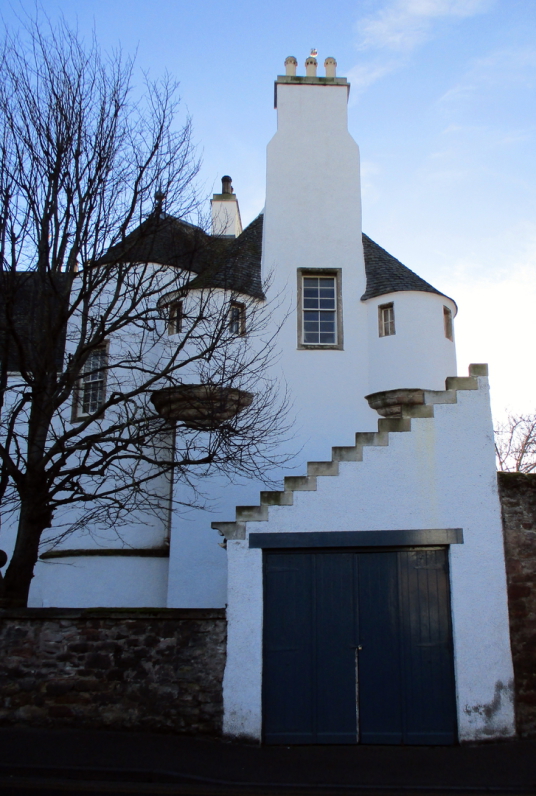 The property probably belonged to the Hamiltons, but by 1611 had passed to Joseph Marjoribanks, an Edinburgh merchant. It was sold again to the Syme family in 1703, then in 1746 to the Nisbets, then in 1890 to the MacNeils, who bought the estate to work coal. The lands were sold off from the 1950s. The house is in good condition, and still occupied and has recently been reharled and whitewashed. The property was on the market for £1 million in early 2019. 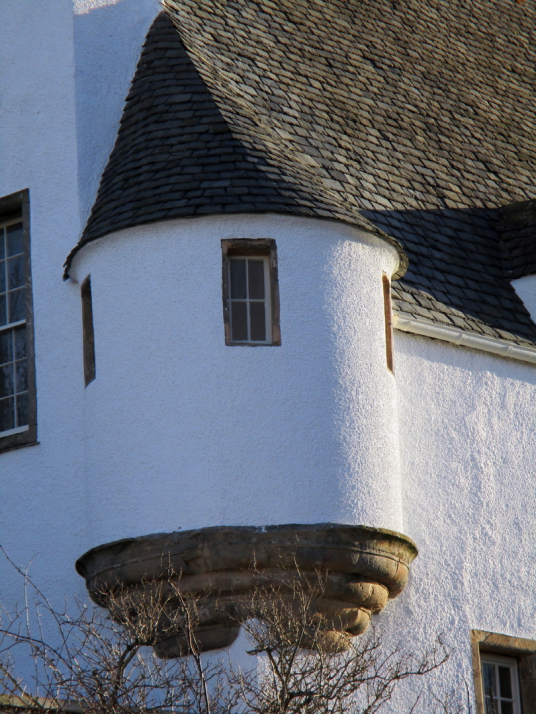 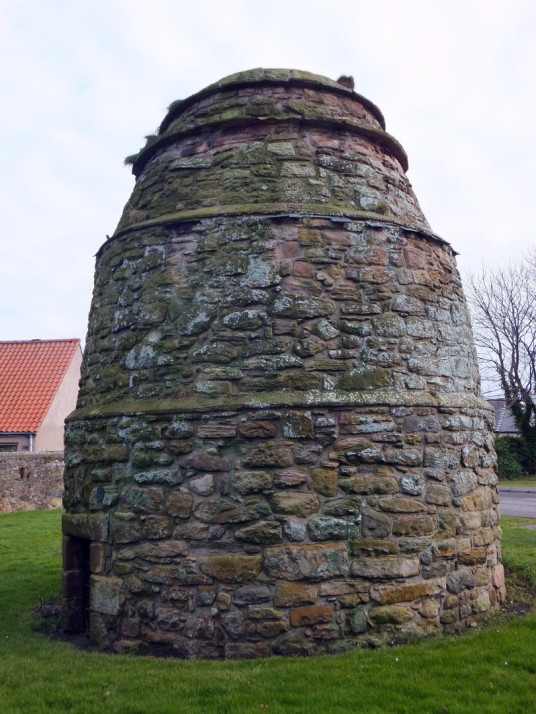 This is one of four old houses in Prestonpans, the others being Preston Tower, Hamilton House and Harlawhill, 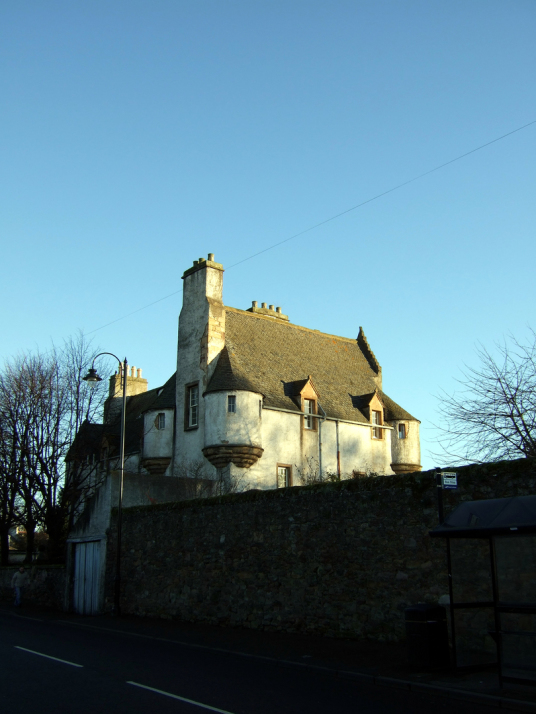 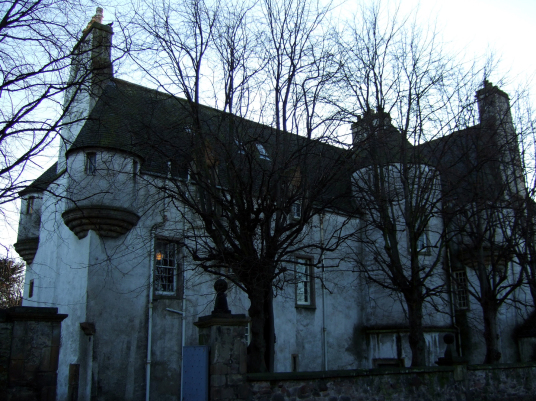