Huntingtower Castle is a large and impressive old building, consisting of two tower houses built close together but originally not joining, formerly known as Ruthven Castle, the name being changed when the Ruthven Earl of Gowrie and his brother were slain by James VI in 1600, the castle eventually going to the Murrays of Tullibardine. 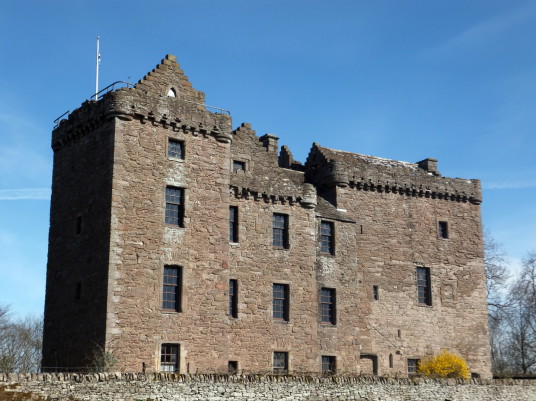 Perthshire: About 2 miles north-west of Perth railway station, outskirts of Perth, on minor road just north of A85 west of junction with A9, at Huntingtower Castle. 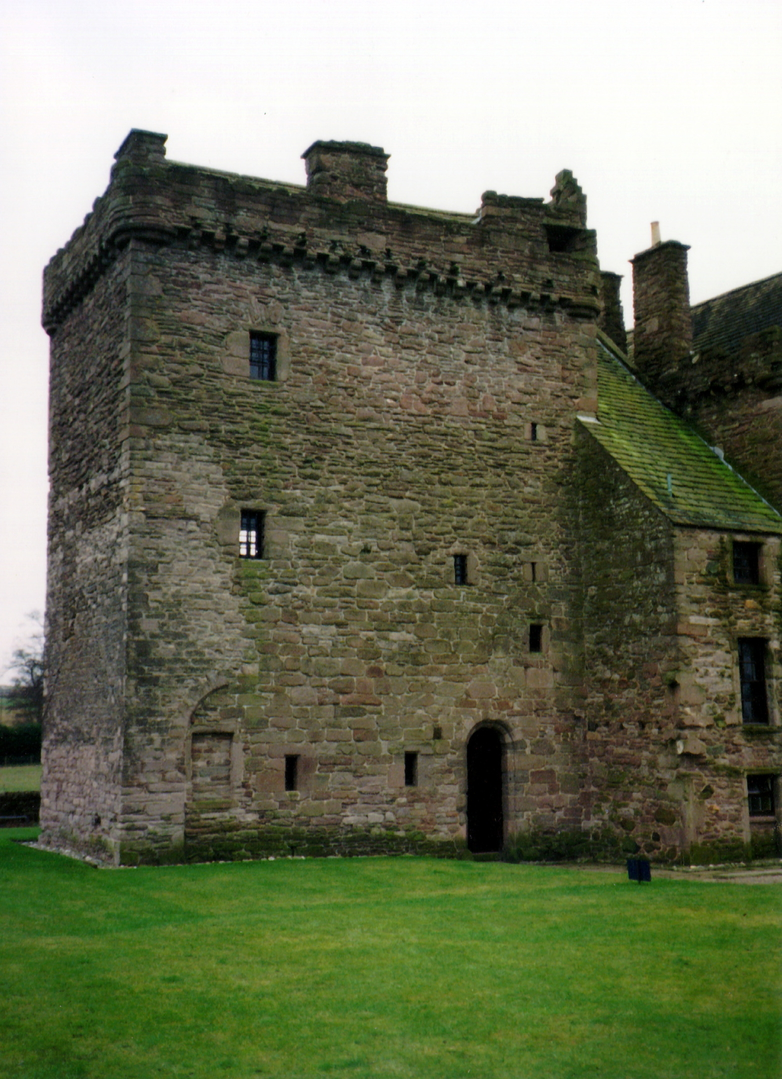 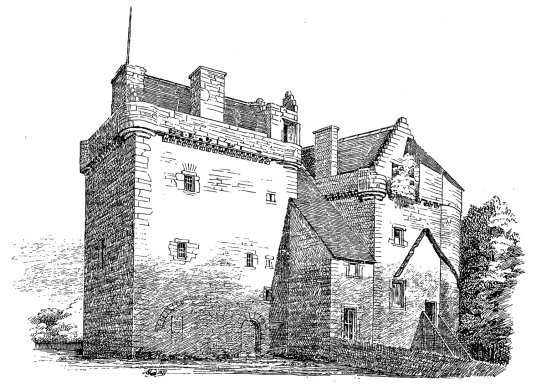 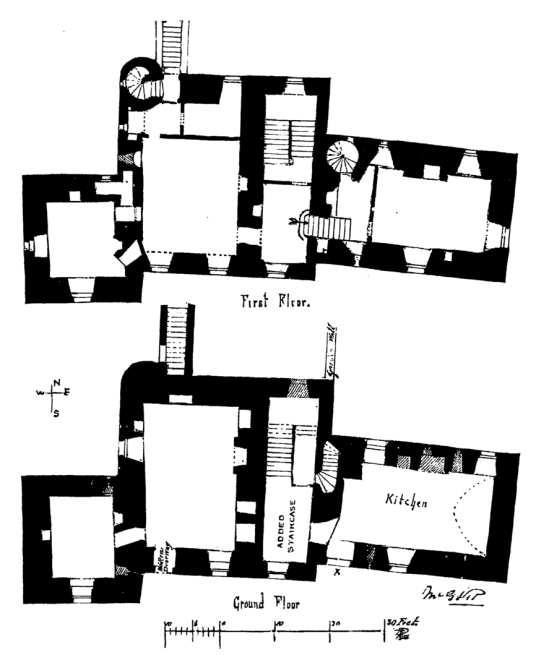 A well-preserved and interesting castle, Huntingtower consists of three different phases of building. The oldest part is a 15th-century tower of three storeys and a garret, rectangular in plan, with open rounds at the angles. Nearby, but not touching, a 16th-century L-plan tower house was built, consisting of a main block of four storeys and a wing rising a storey higher. 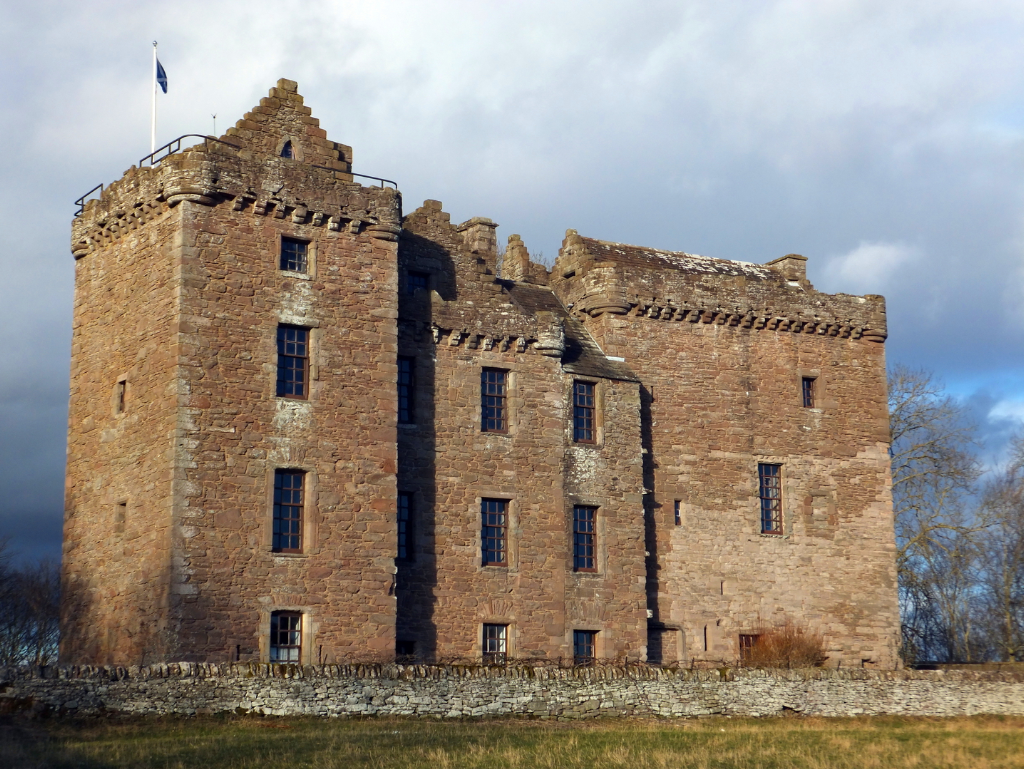 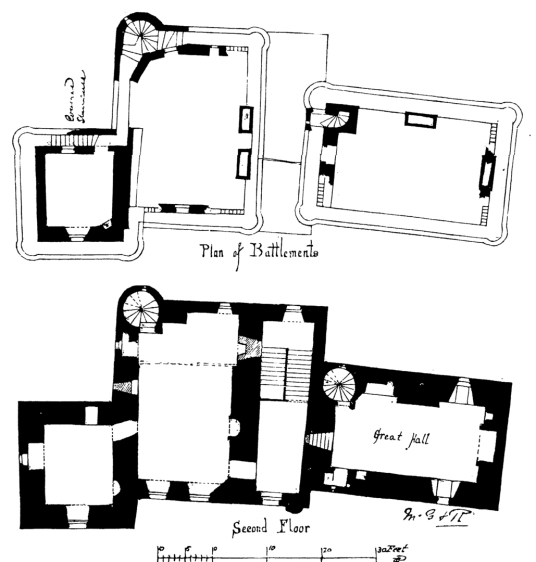 The only communication between these was a wooden bridge. Towards the end of the 16th century, a connecting range of three storeys was built, containing a stair for both the older tower and L-plan tower. A one-storey hall block, projecting from the tower, and ending in a two-storey building, has been demolished. There was also a courtyard with other outbuildings but these have also gone. 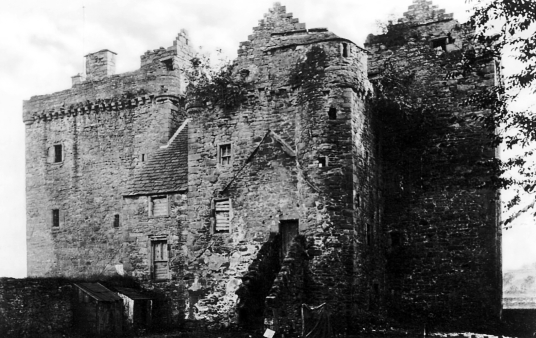 The basement of the older tower is vaulted. The entrance was at first-floor level and was reached by an external stair.
The hall of the eastern tower has a fine painted ceiling and beams from about 1540, and there are also mural paintings and old plasterwork. 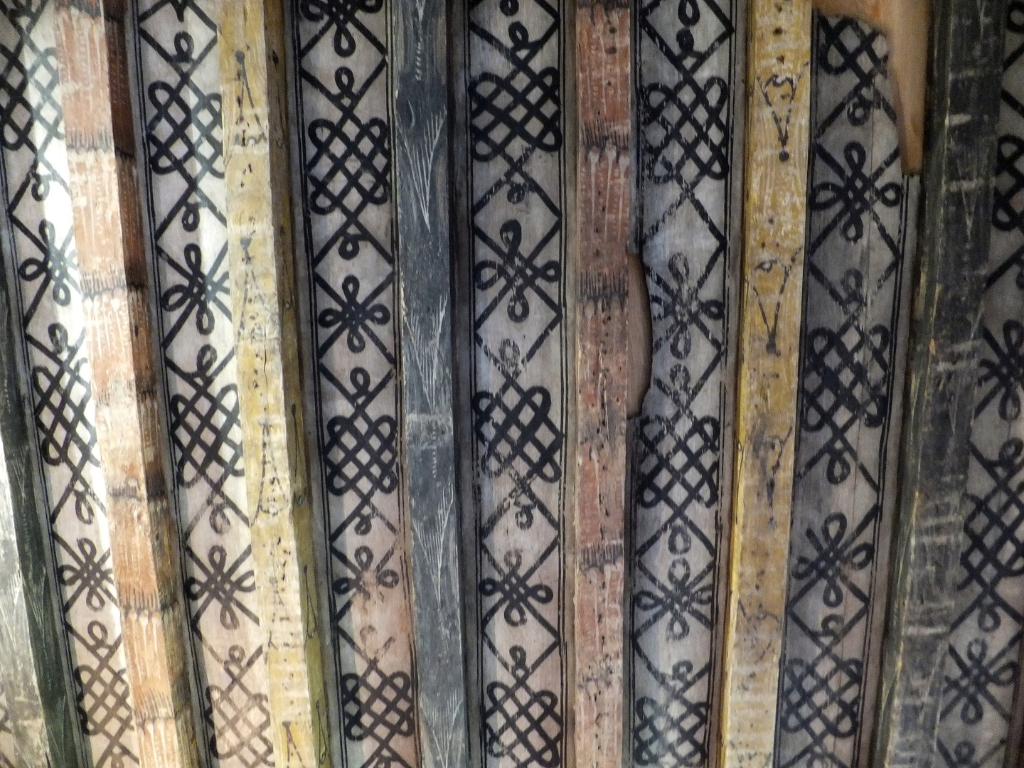 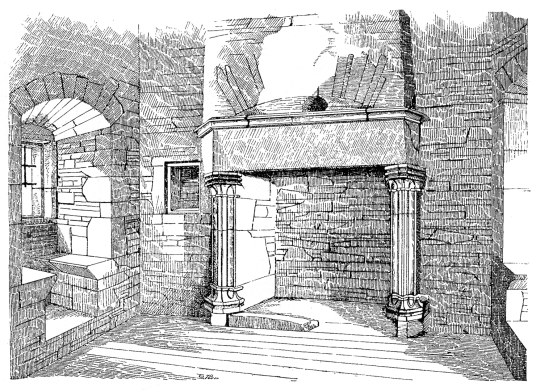 The property was held by the Ruthvens from the 12th century, and was originally called Ruthven Castle. The Ruthvens fought against the English during the Wars of Independence, and they were made Sheriffs of Perth in 1313, and then Lords Ruthven in 1488. William, Master of Ruthven, was killed at the Battle of Flodden in 1513. Mary, Queen of Scots, visited the castle in 1565 while on honeymoon with Darnley, although the 3rd Lord Ruthven, Patrick, took part in the murder of David Rizzio, Mary’s secretary, at the Palace of Holyroodhouse. 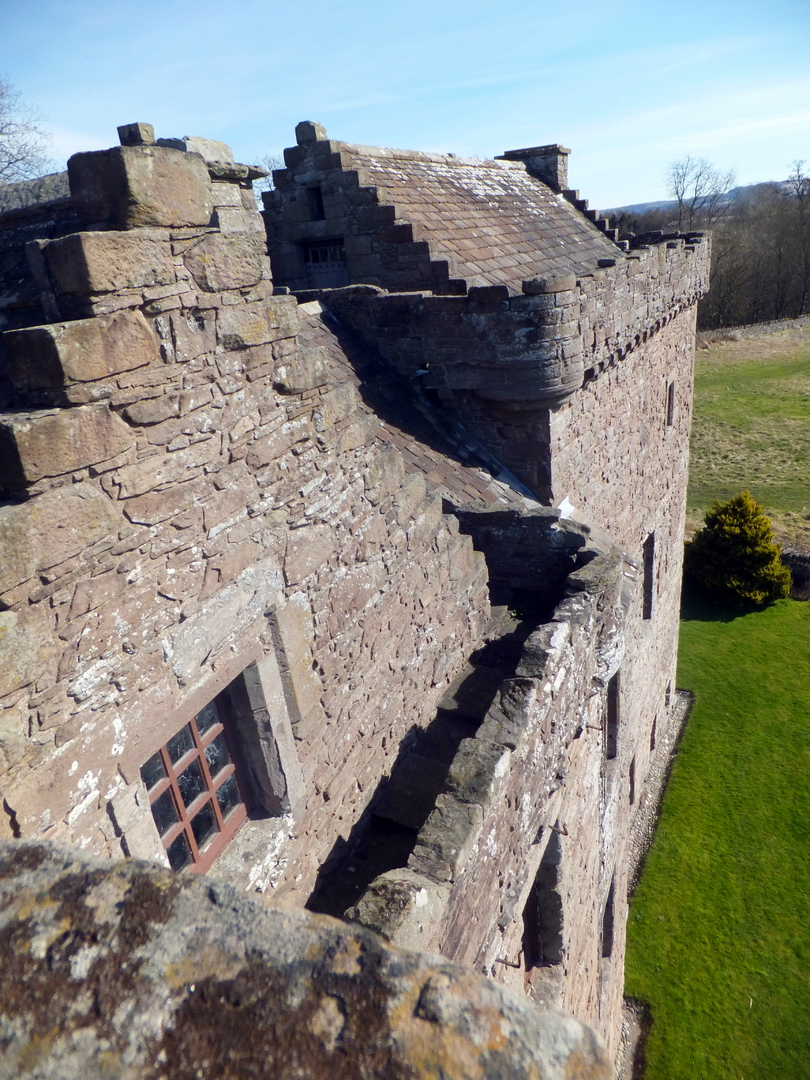 In 1582 William, 4th Lord Ruthven, who had been made Earl of Gowrie the previous year, kidnapped the young James VI – in what became known as the Raid of Ruthven – and held him in Huntingtower for a year until James escaped during a hunting trip. The Earl was beheaded in 1585. The Ruthvens also owned Dirleton Castle. 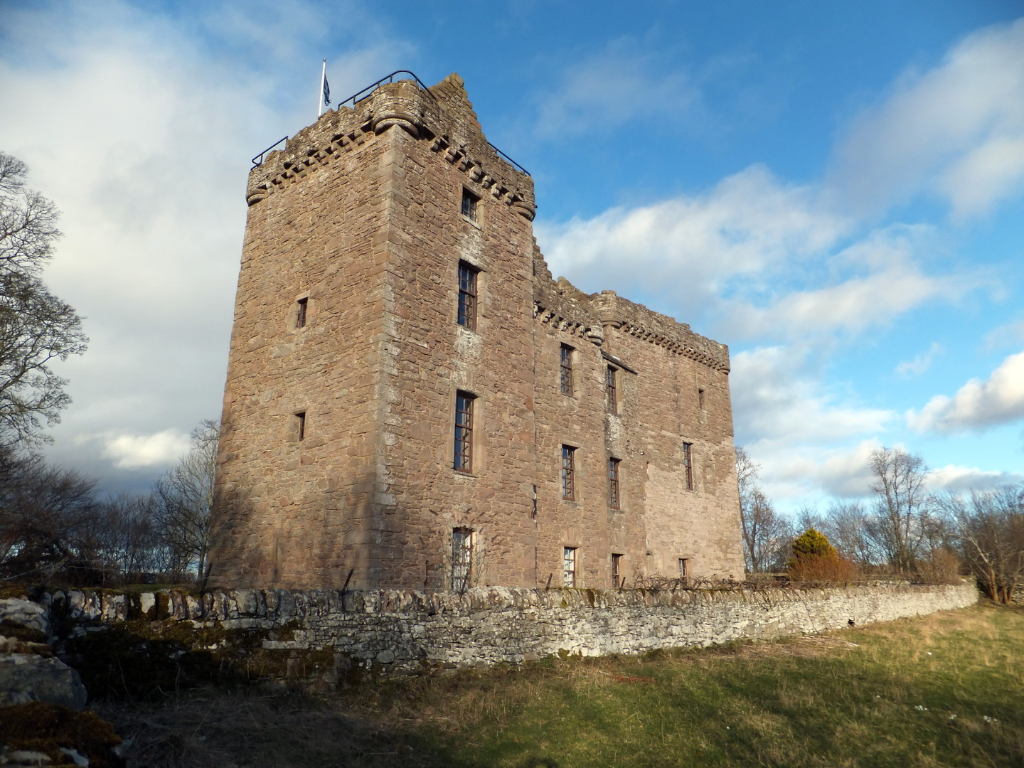 In 1600 John Ruthven, 3rd Earl of Gowrie and his brother, Alexander, Master of Ruthven, were slain in Gowrie House in Perth by James VI and his followers, following the Gowrie Conspiracy, a possible plot to murder the king. The Ruthvens were forfeited, their lands seized, and their name proscribed. 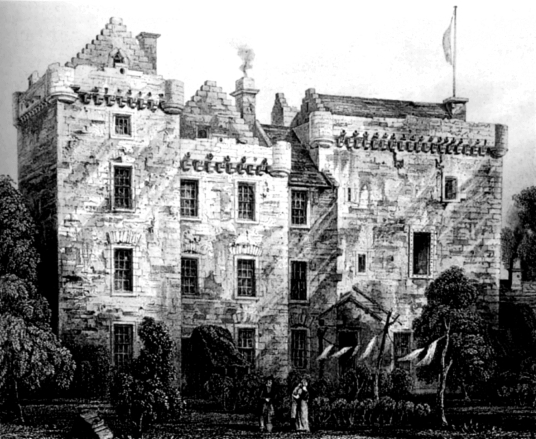 The castle, renamed Huntingtower, remained royal property until Charles I gave it to William Murray, the 1st Earl of Dysart. The property passed to the Murray Earls of Tullibardine in 1663, then to the Marquises and Dukes of Atholl in 1676, whose main seat was (and is) Blair Castle. 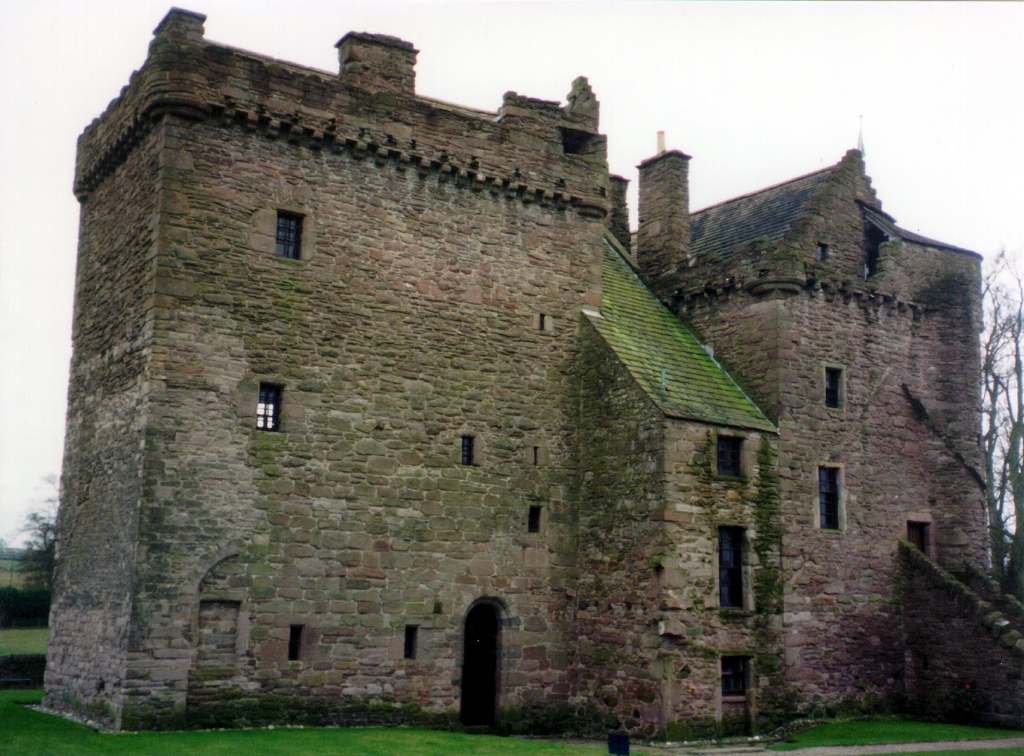 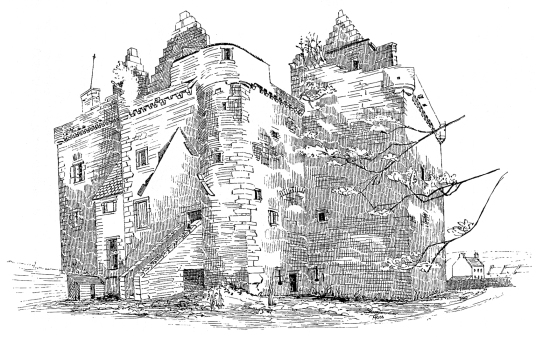 Lord George Murray, Bonnie Prince Charlie’s general in the 1745-6 Jacobite Rising, was born here. The property was sold to the Mercers in 1805, and Huntingtower was used to house labourers in the calico printing industry. It passed into the care of the State in 1912 and is now owned by HES. The Mercers, formerly of Huntingtower, now live in London in England. A new earldom of Gowrie was created in 1945, and the 2nd Earl lives in London in England.

The castle is home to pipistrelle bats, and other wildlife in around Huntingtower are longeared and natterers bats, barn owls, as well as pheasants and roe deer. 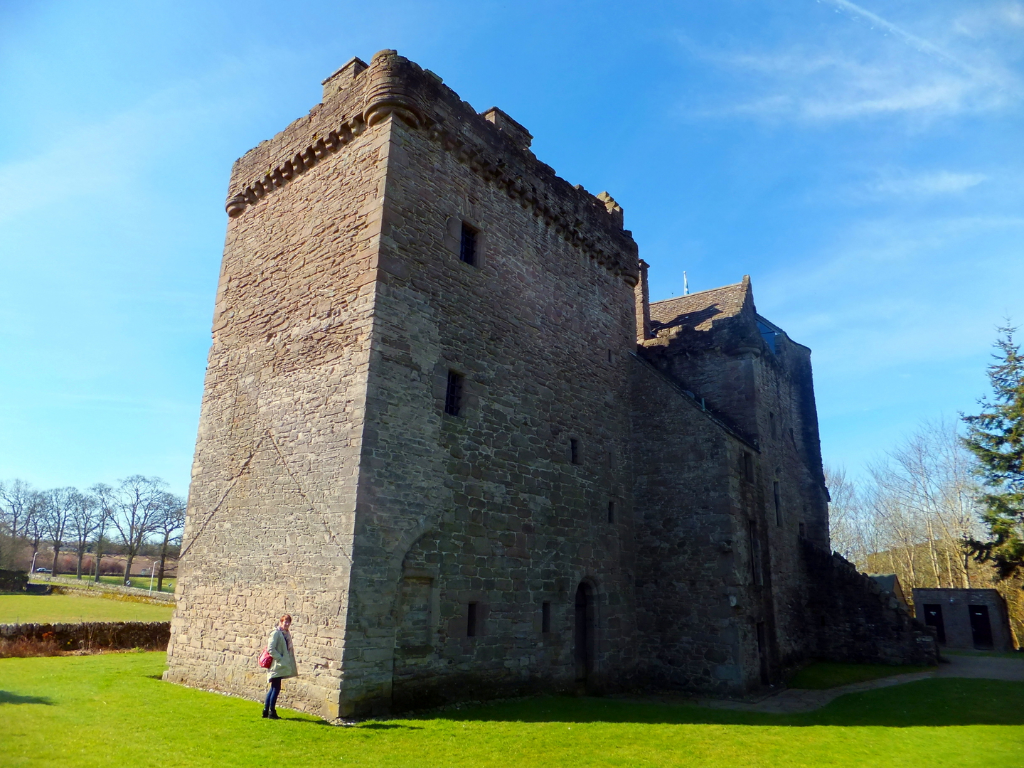 The space between the battlements of the two towers is known as The Maiden's Leap. Dorothy, daughter of the 1st Earl of Gowrie, is supposed to have jumped from one tower to the next. While visiting her lover, John Wemyss of Pittencrieff, in his chamber, and about to be discovered by her mother, she leapt to the other tower and returned to her own bed before being discovered. She eloped with John the following night. 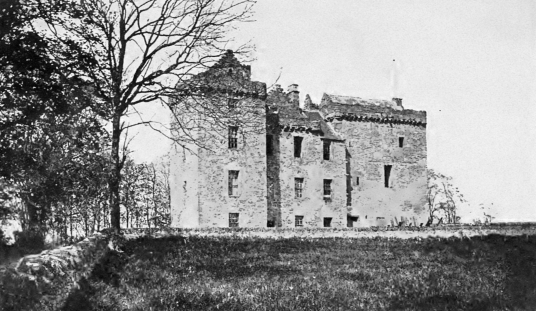 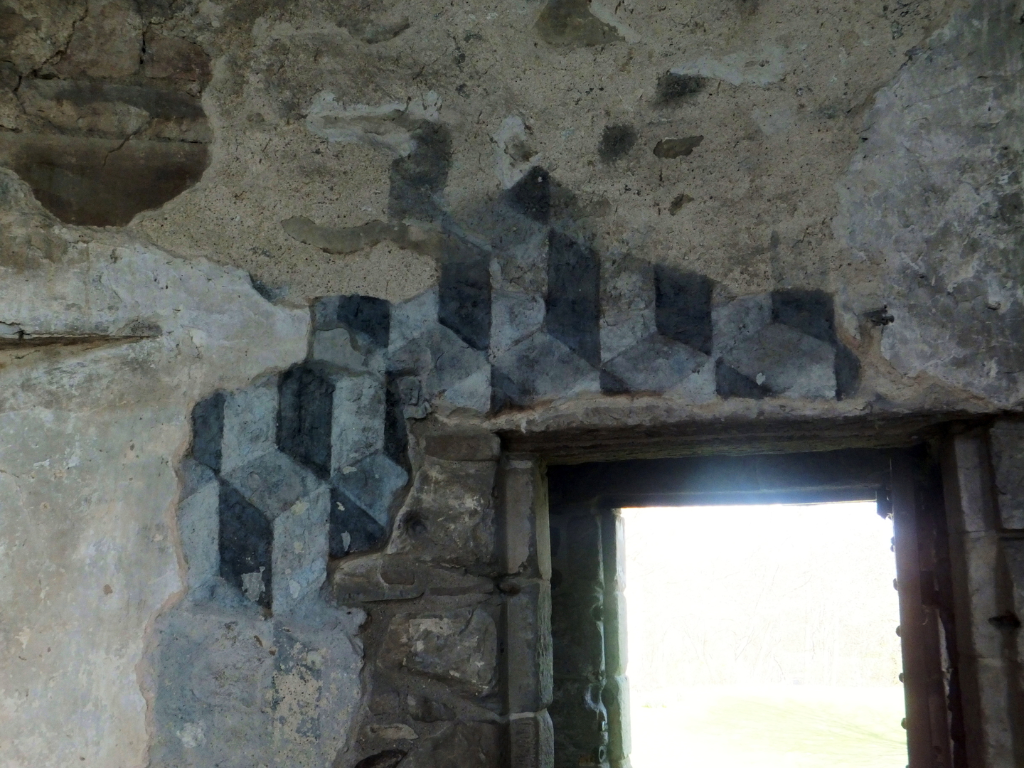 The castle and grounds are said to be haunted by a ‘Green Lady’, also known as ‘My Lady Greensleeves’. Her footsteps have reputedly been heard, along with the rustle of her gown, and she has reportedly appeared on several occasions, sometimes as a warning of death, sometimes to help passers-by – including an ill child and a man being robbed.