Argyll & Dunbartonshire: About 2 miles north of Tarbert, on minor road east of A83, on west side of Loch Fyne, at Stonefield Castle Hotel. 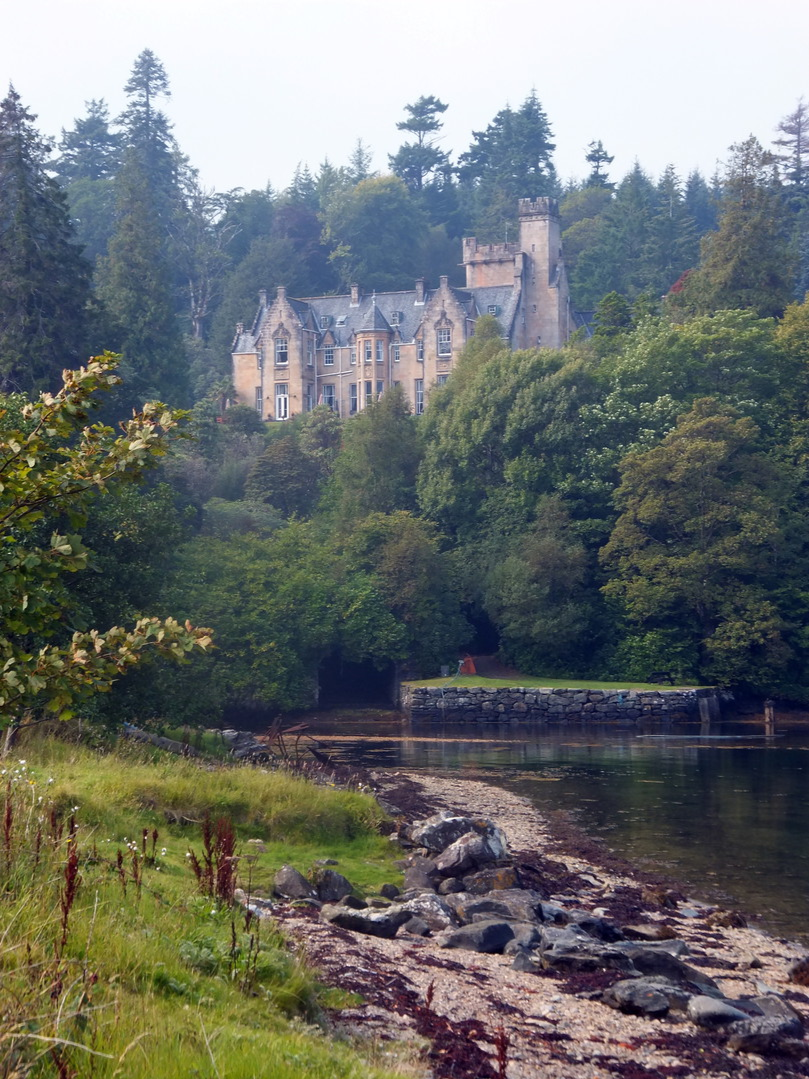 Site of old house or tower. Set in 60 acres of woodlands and gardens, Stonefield Castle is a large L-plan castellated mansion of two storeys, built in the 1830s by the architect William Playfair, with dormer windows, corbiestepped gables, a tall battlemented tower, and many carved panels. Much of the original interior survives and there is an impressive stair.
‘Parmoir’ is marked on Blaeu’s map of Knapdale. 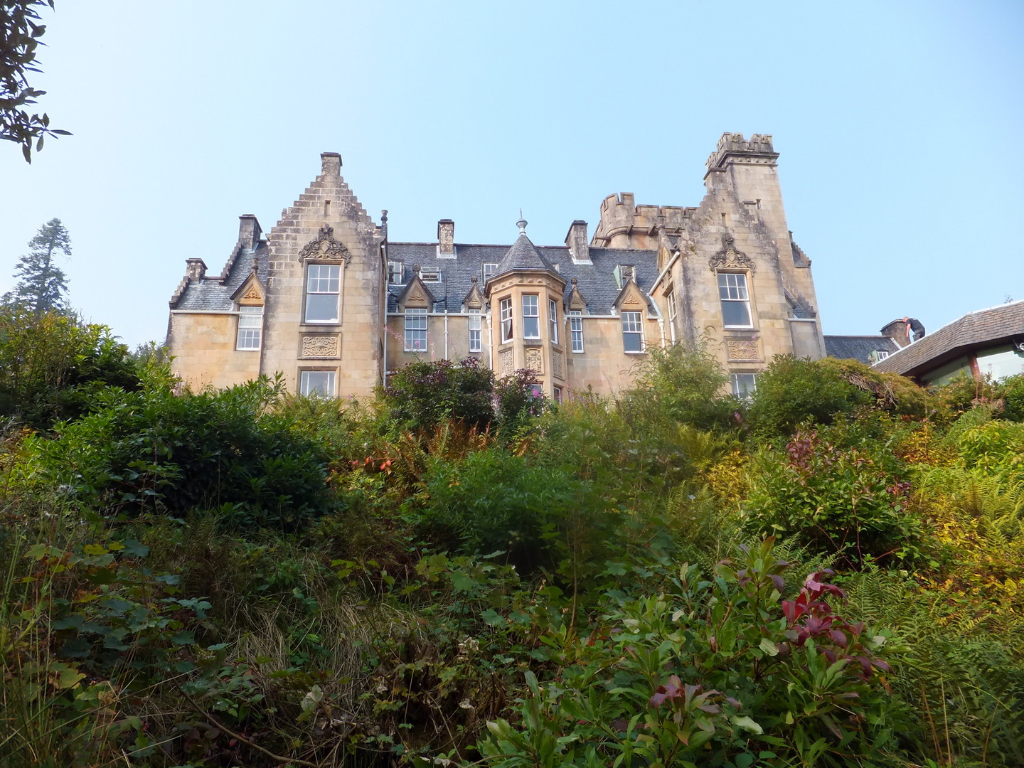 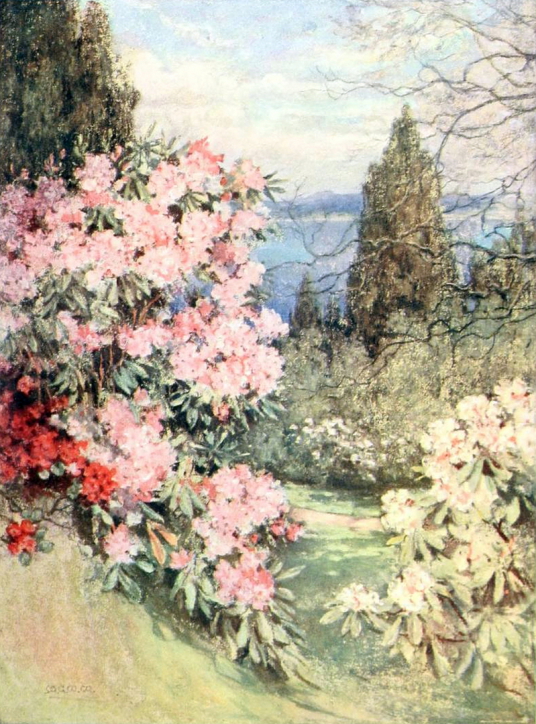 The lands had been sold in 1746 to the Campbells of Muckairn. They changed the name to Stonefield, the English translation of ‘Achnacloich’, lands owned by the family on the shores of Loch Etive. There are also fine gardens at Achnacloich. 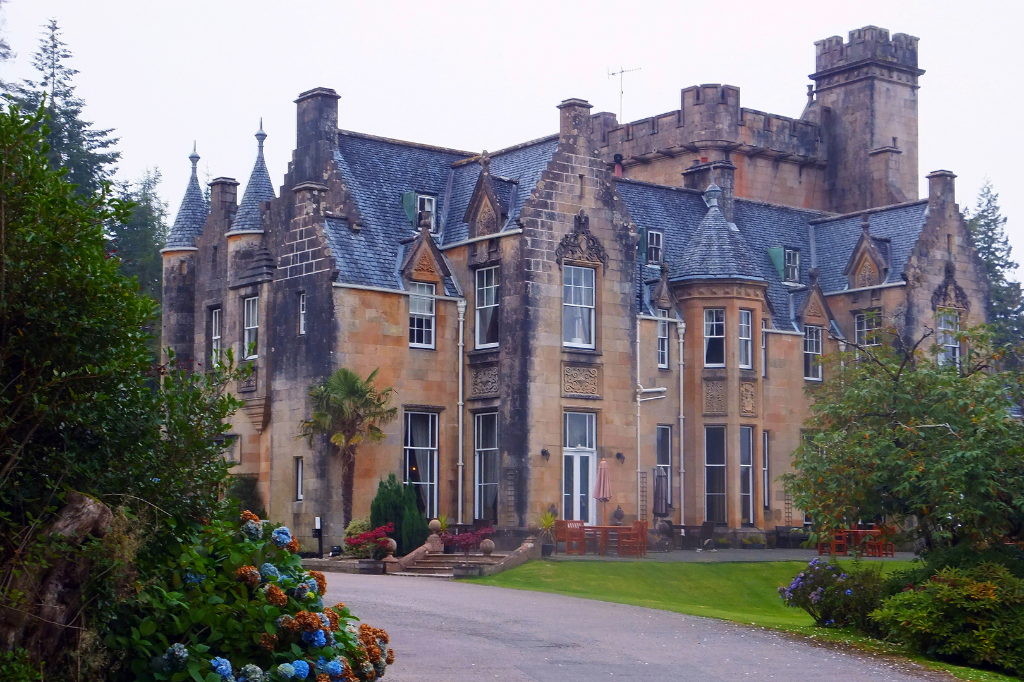 The Campbells still held Stonefield until 1948, shortly after which it began to be used as a hotel, and within in the grounds is the sylvan Barmore Island and the impressive four-arched bridge, which spans a ravine over the Barmore Burn and was also designed by Playfair. A mausoleum for John Campbell is in the grounds, and there is also a folly known at The Tower.

The gardens have a fine collection of trees, shrubs, ferns, rhododendrons, camellias and other plants from the Himalayas, China, Japan and New Zealand.