Borders: In Coldingham village, on minor road just east of B6438 north of junction with A1107, to east of village, at Coldingham Priory. 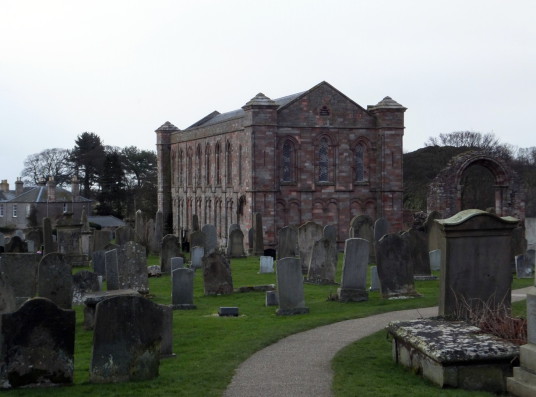 St Ebba (Abb) is said to have established a monastery at St Abb’s Head in the 7th century, but this was destroyed by Norsemen. The priory was refounded, possibly in the 12th century, at Coldingham, and was dedicated to St Mary, St Ebba and St Cuthbert. Although only a priory, the establishment went on to hold much property and became very wealthy. The site is marked prominently on Blaeu’s map of Berwickshire. 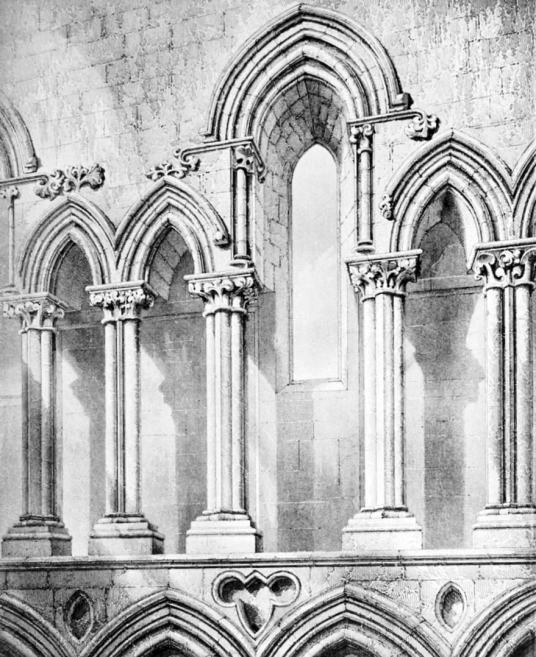 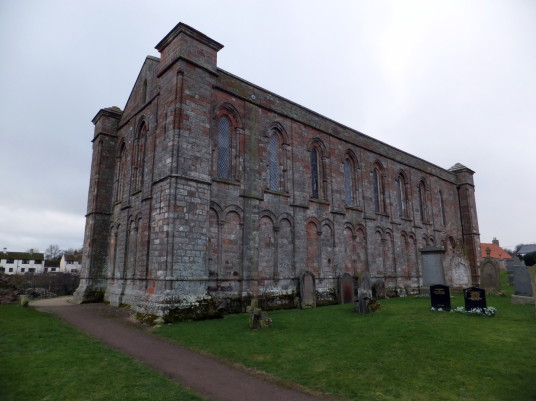 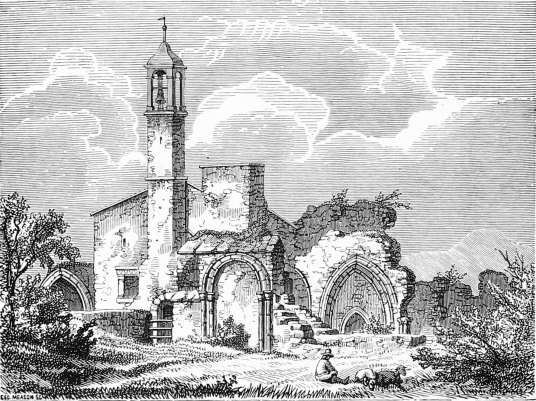 The choir is a substantial rectangular building with a fine interior, now used as the parish church. The nave was a massive building with aisles and filled much of what is now the graveyard but is mostly gone, and there was a large tower, rising to 90 foot over the crossing. Some of the domestic buildings are very ruinous but have been cleared and landscaped, and carved fragments and gravstones are on display as well as a transept arch. 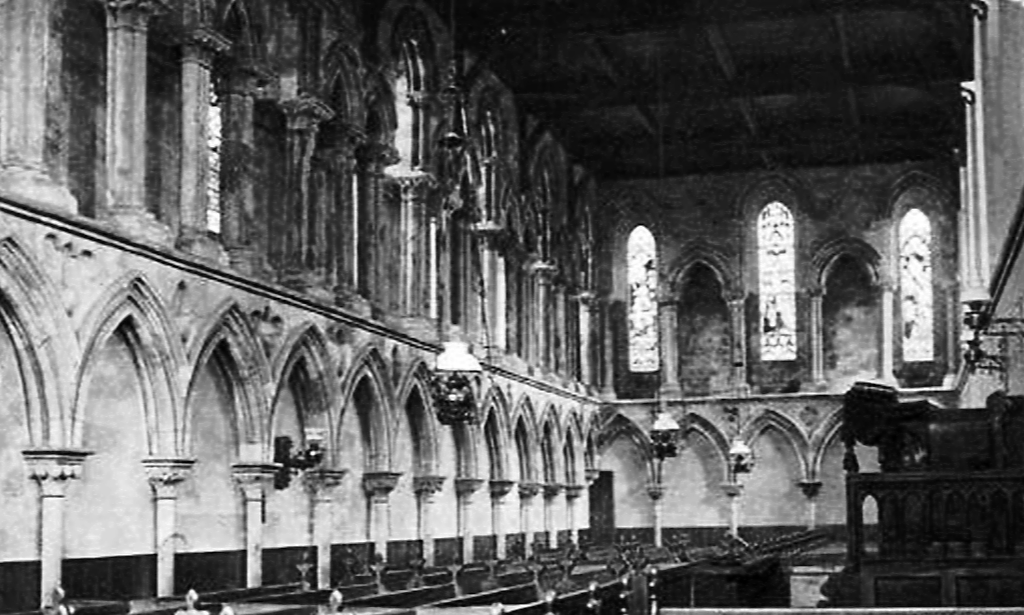 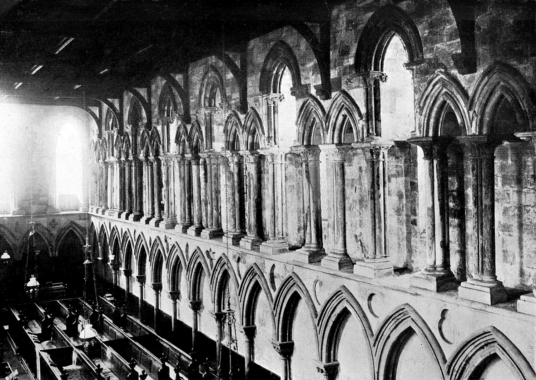 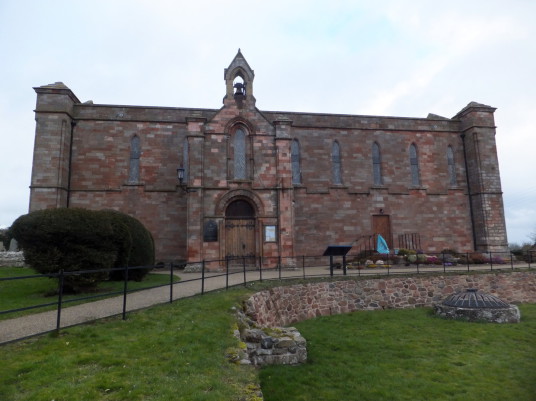 The priory was sacked in 1216, 1419 and 1542 by the English, besieged by the Scots in 1544, then attacked again by the English. Mary, Queen of Scots, stayed here in 1566. An ‘abbey place’ is mentioned in 1621, presumably a residence in the priory, but much of the building was damaged by Cromwell’s forces in 1648 (or 1650) after a two-day siege with cannon. The large central tower collapsed in the middle of the 18th century. 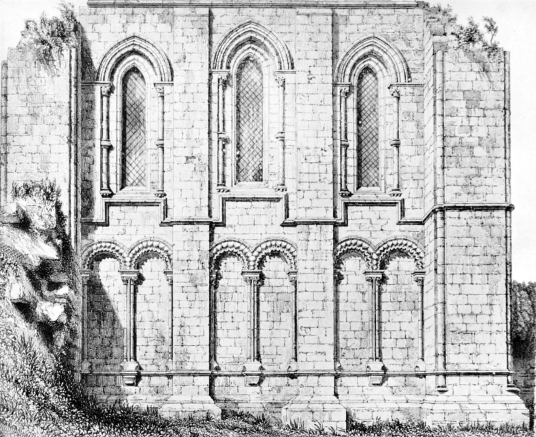 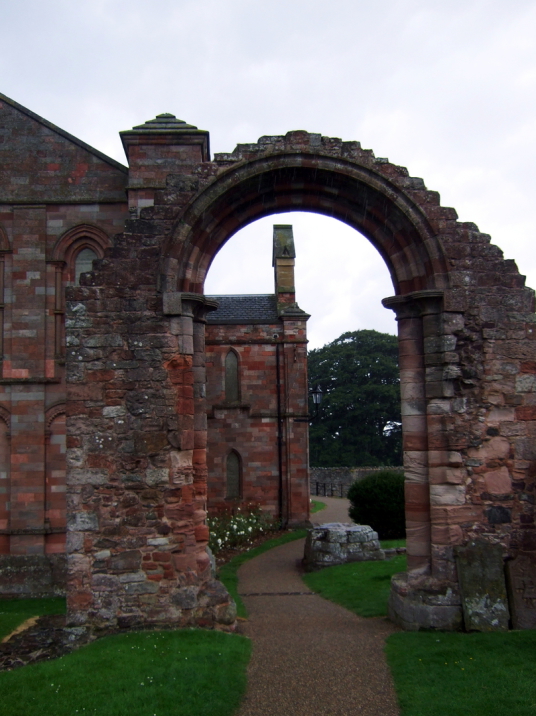 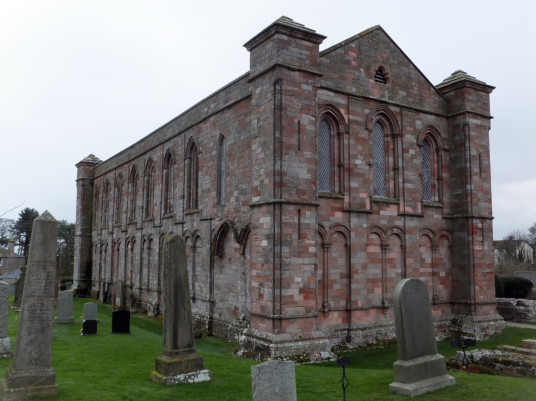 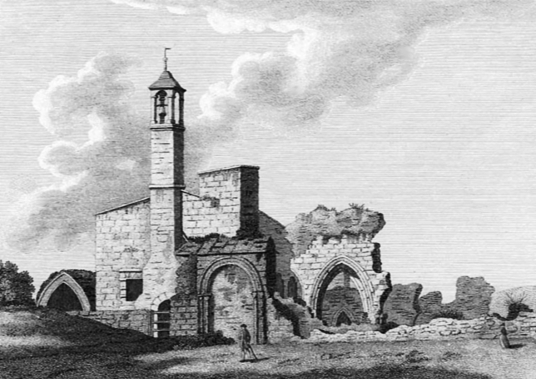 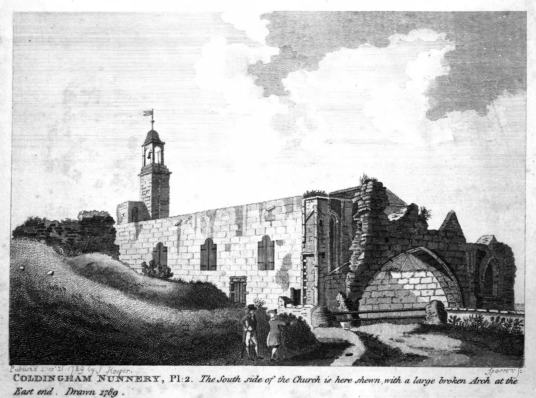 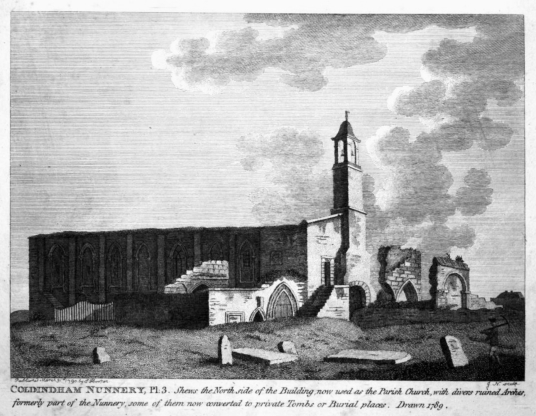 The grand tower collapsed in 1770, apparently revealing the cadaver of a lady who had been sealed up in the walls, and the remains of the church were renovated in the 1850s and 1950s. There are many interesting memorials in the extensive graveyard and pleasant walks around the scenic village. There is a fine beach at Coldingham Bay.