Ayrshire: In Kilmarnock, between St Marnock Street and Nelson Street, by A735, car park opposite St Andrews’s and St Marnock’s Church. 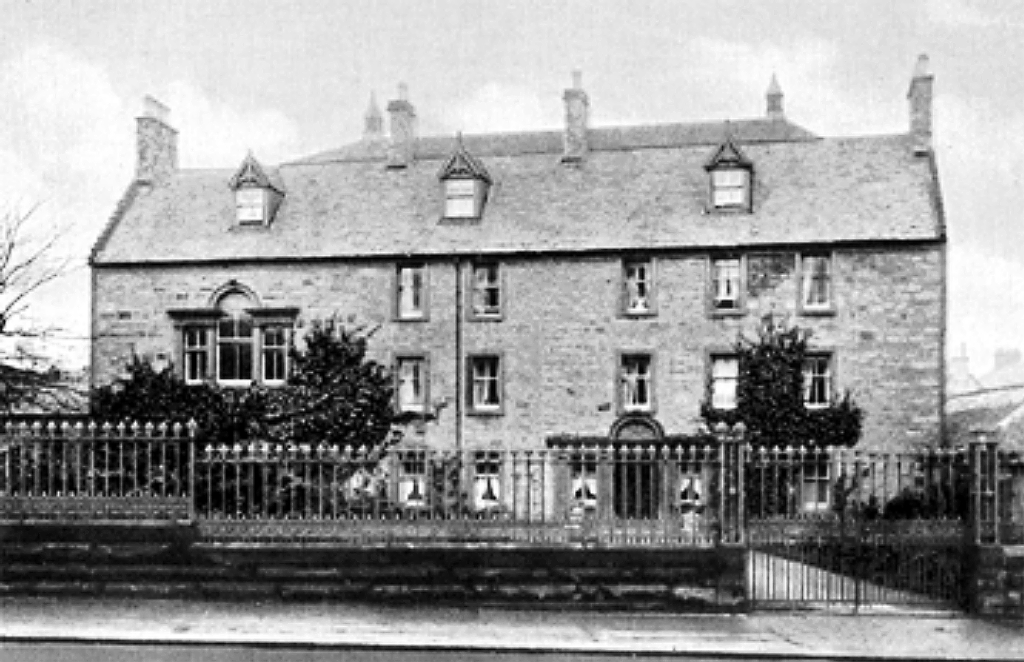 Site of town house, that dated from the 17th century with work from the 18th century. The building was a long edifice rising to three storeys, but it was demolished in 1935 and the site is occupied by a car park.
This was a property of the Boyd Earl of Kilmarnock, who had their main stronghold at Dean Castle. When Dean was damaged by fire in 1735, the Boyds moved to Kilmarnock House and they also leased Callendar House. They were forfeited in 1746 and the property went to the Cunningham Earls of Glencairn. The house was abandoned as a residence and was used as an Industrial Ragged School, and then a reform school, before being demolished.
In 1746 William Boyd, 4th Earl, was beheaded in London for supporting the Jacobites and fighting at the Battle of Culloden. His wife, Jean Livingstone, who was also from a staunchly Jacobite family, lived at Kilmarnock House. Jean died the year after her husband, at the age of 38, and it is said that her apparition has been witnessed in nearby Howard Park, where she frequented Ladies Walk during his captivity. Either her or another ghost, described as a ‘Grey Lady’, is reputed to dance here at midnight.