South Highland: About 3 miles north and west of Acharacle in Moidart, on minor roads north of A861, on a tidal island in Loch Moidart, at Castle Tioram. 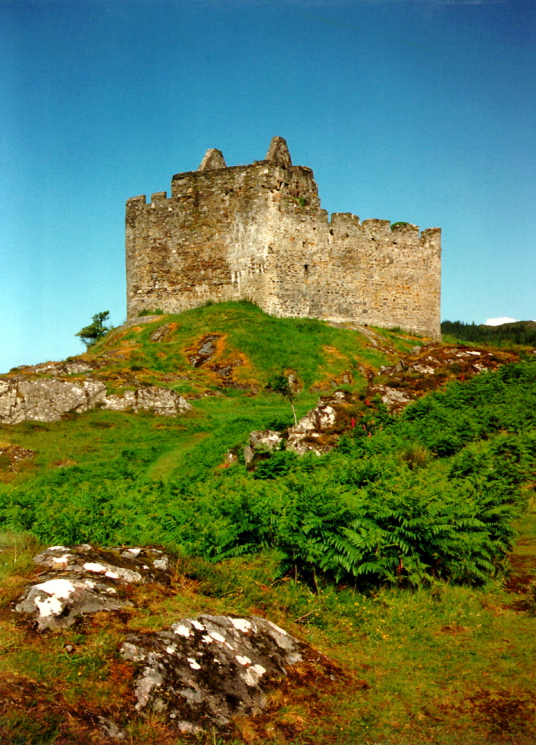 A picturesque ruin in a wonderful setting, Castle Tioram (pronounced ‘Cheerum’ and Caisteal Tioram in Gaelic) stands on a tidal island (Tioram means ‘dry’). It consists of a massive 14th-century curtain wall, surrounding an irregularly shaped courtyard, in which a tower house and ranges of stone buildings were added in the 16th century and later. The walls were given open rounds, and a corbelled-out parapet.
The entrance is defended by a machicolation. The basements are vaulted, but the upper floors have gone. 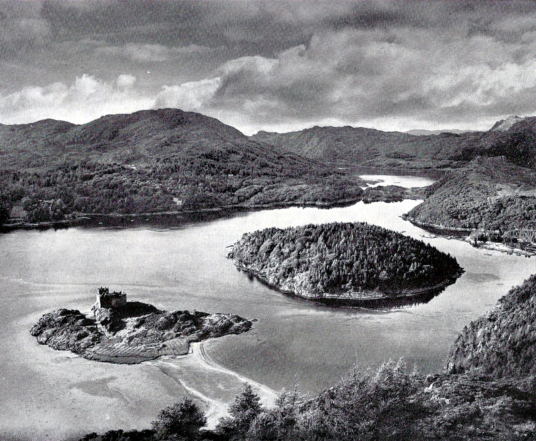 Castle Tioram was modified (or built) by Amy MacRuari, wife of John, 7th Lord of the Isles, who was divorced by her husband so he could marry Margaret, daughter of Robert II. The Clan Ranald branch of the MacDonalds came through her, and this became the seat of the MacDonalds of Clan Ranald. Reginald MacDonald, 1st Chief, died here in 1386, and Alan, 2nd Chief, fought at the bloody Battle of Harlaw in 1411. Allan MacDonald, 4th Chief, was executed by James IV in 1509 after taking part in pillaging Atholl, and the 5th Chief, Ronald, was hanged in 1513. Dugald, 6th Chief, was assassinated, while Ian Moidartch, 8th Chief, was kidnapped and held in Edinburgh Castle in 1544. He escaped and recovered his lands after Castle Tioram had been seized. 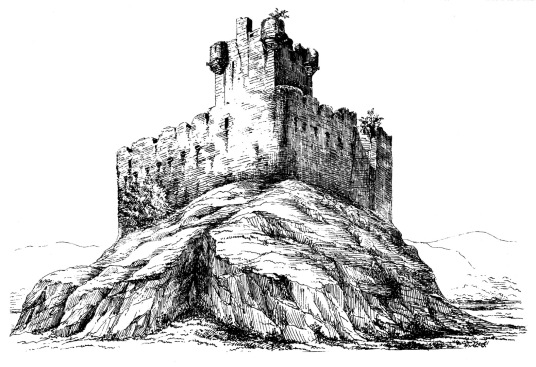 In 1554 the old stronghold was attacked by a force under the Earls of Huntly and Argyll, and then Cromwell’s forces occupied the castle in 1651 after a siege. John, 12th Chief, had fought on the side of the Marquis of Montrose, as did his son, Donald. The tower and fortalice is mentioned in a ratification of 1685 for Donald MacDonald of Moidart. 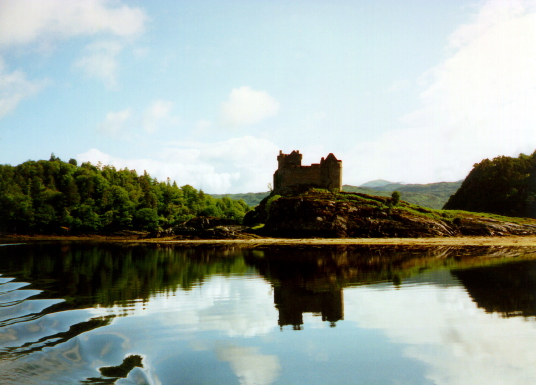 During the Jacobite Rising of 1715, the castle was torched so that Hanoverian forces could not use it, and Allan, 14th Chief, led the left wing of the Jacobite forces and was killed at the Battle of Sheriffmuir. The castle was never reoccupied, but Lady Grange was imprisoned here for a few weeks in 1732 before being taken to the outer isles. The castle was sold in 1997 and there are apparently plans afoot to have it restored. The line of the chiefs and captains of Clanranald continues.
Clan Ranald had a set of magic bagpipes which, when played, reputedly ensured victory in battle.

Note on map: Google maps is wrong on map view as the castle appears not to be on an island; the satellite view is correct.