Galloway: About 3.5 miles south and east of Creetown, just south of A75, short distance from the shore of Wigtown Bay, about 0.5 miles south-east of Carsluith village, at Carsluith Castle.

Smokehouse and cafe by the castle.   Web: marrbury.co.uk 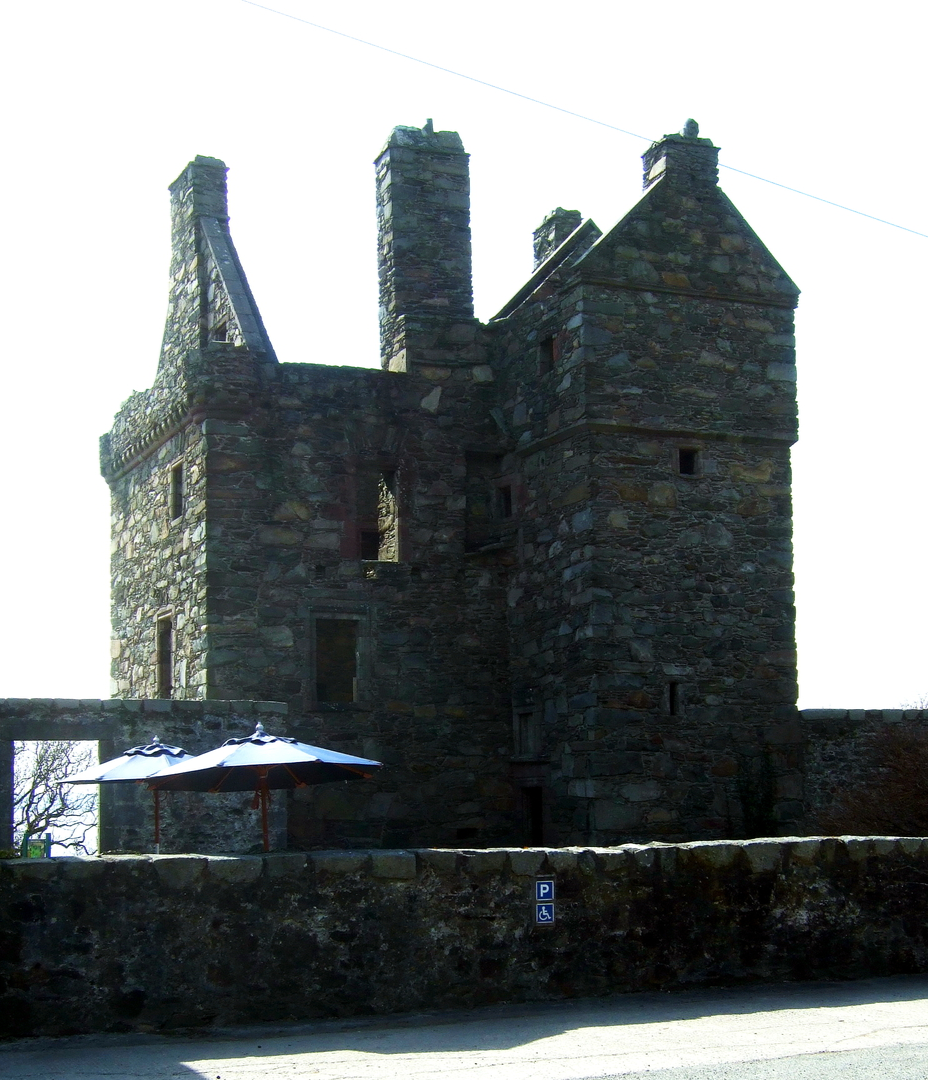 Carsluith Castle is a compact rectangular 15th-century tower of three storeys, to which was added a taller stair-wing in the 16th century, making the castle L-plan. The stair-wing is crowned by a watch-chamber. The old part has a parapet crowning two walls and has open rounds. The walls are pierced by gunloops and shot-holes. The tower is dated 1586, and had a courtyard. 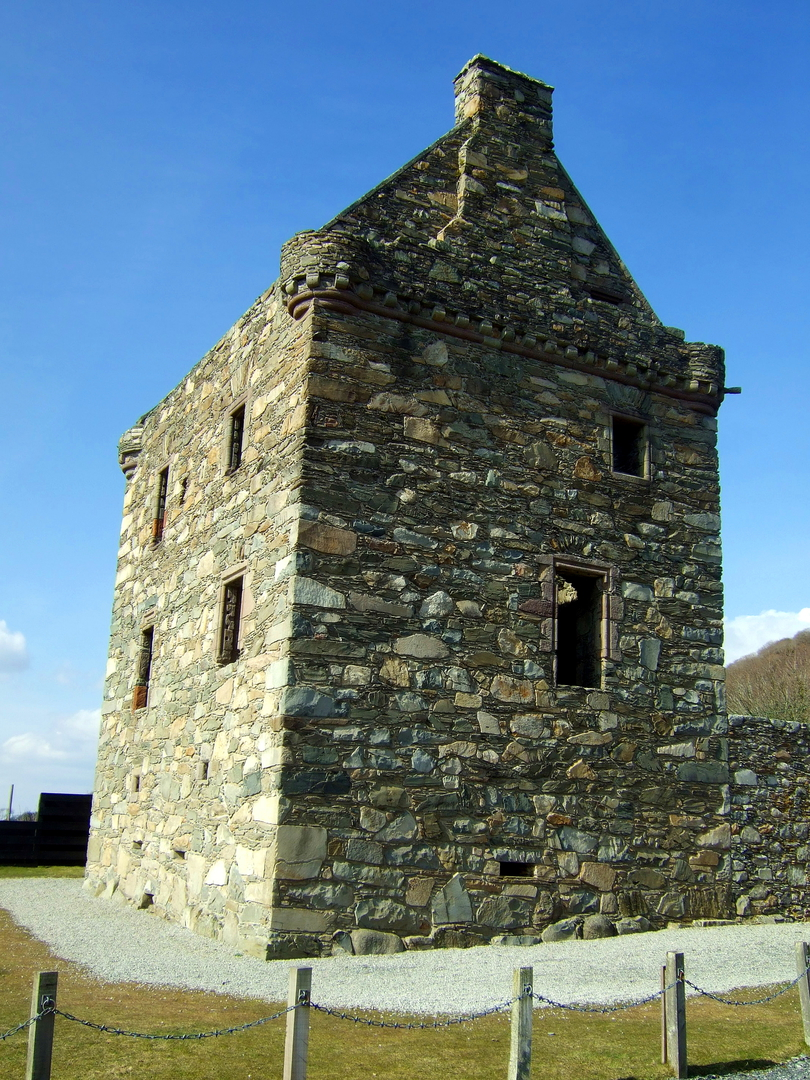 The entrance is in the re-entrant angle, and the basement is vaulted. A turnpike stair leads to the fine hall, on the first floor, which has a moulded fireplace. Private chambers occupied the floors above. 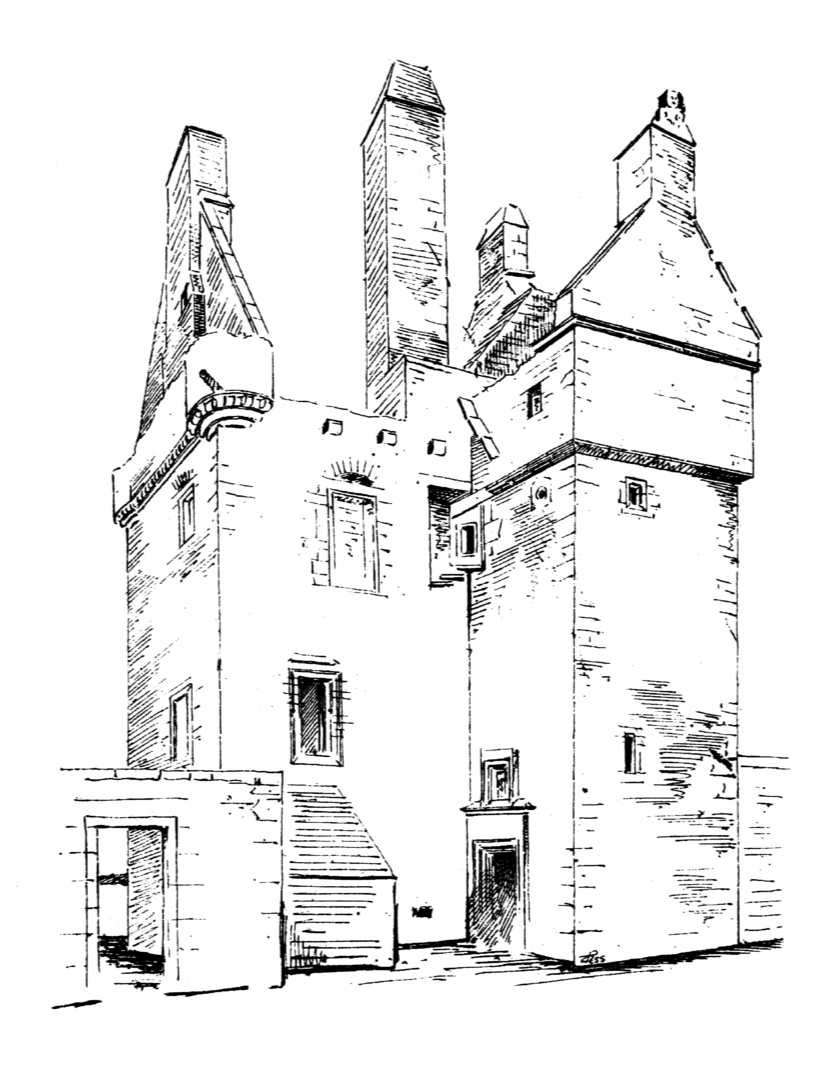 ‘Karsluyich’ is marked on Blaeu’s map of the mid part of Galloway in a park.
Carsluith was a Cairns property, but in 1460 passed to James Lindsay of Fairgirth, Chamberlain of Galloway, who probably built the first tower. His son, Sir Herbert Lindsay, was killed at the Battle of Flodden in 1513, and the property passed by marriage to Richard Brown, who built the 1568 addition. 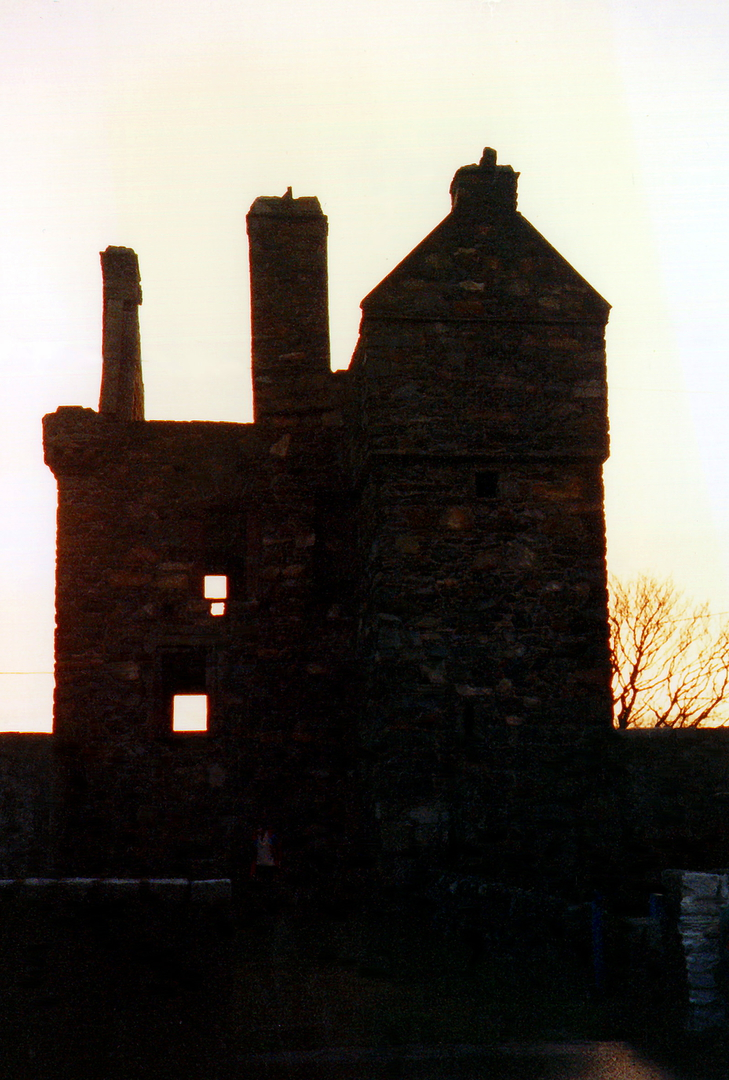 Gilbert Brown of Carsluith was the last abbot of Sweetheart Abbey, and a noted supporter of the Catholic side at the Reformation. In 1596 the Privy Council complained to James VI that he was sheltering ‘Jesuits and excommunicated papists’, and in 1605 he was arrested and imprisoned in Blackness Castle. He was eventually allowed to retire to France, where he died in 1612. Richard's son, John Brown, was heavily fined for failing to answer the charge of murdering James MacCulloch of Barholm. 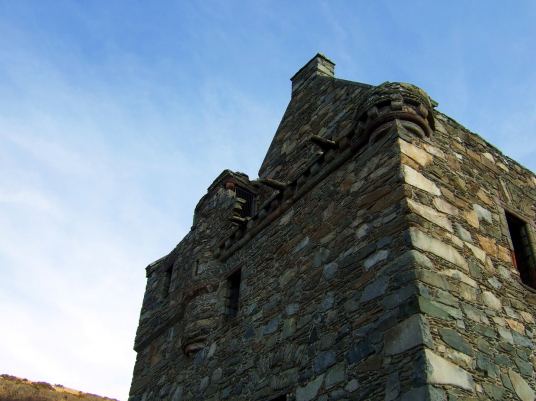 The Brown family emigrated to India in 1748, and abandoned the castle, selling the property to the Johnstones. The castle was given to the State in 1913, and is in the care of HES.