Argyll & Dunbartonshire: About 6 miles north of Benderloch, on minor road and boat west of A828 at Portnacroish, on a small island at mouth of Loch Laich, at Castle Stalker.

OPEN: Open for some days in the summer.
Web: www.castlestalker.com

Castle Stalker View: Cafe and giftshop with views of the castle (!). 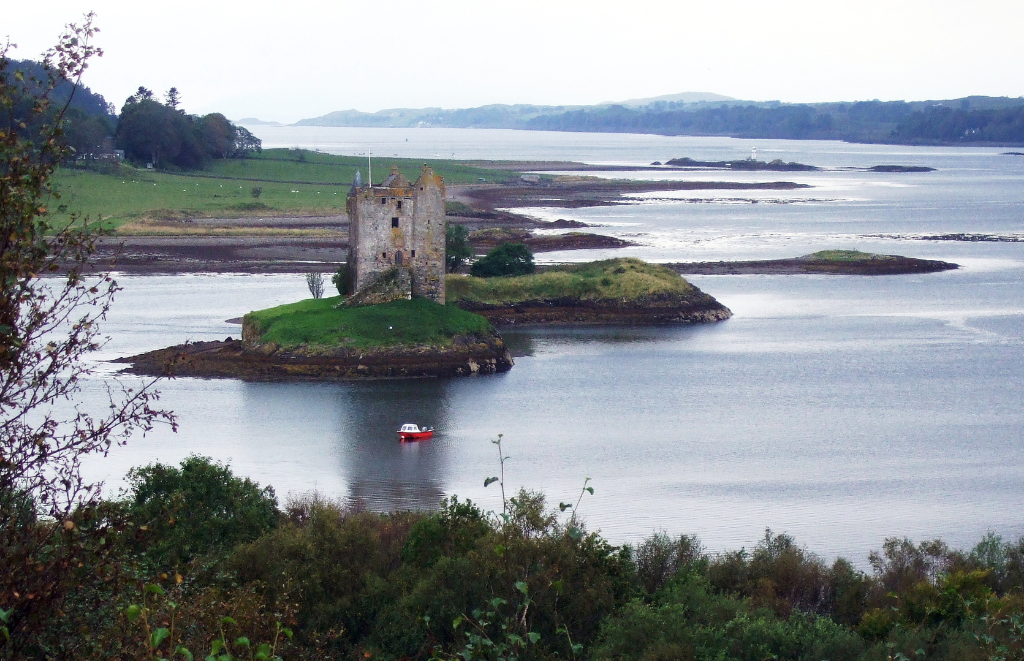 Dramatically sited on a small island at the mouth of Loch Laich, Castle Stalker (Stalcaire in Gaelic, meaning ‘hunter’ or ‘falconer’) is a tall, massive and simple tower, rectangular in plan, of four storeys and a garret. A flush parapet was remodelled in the 16th century, and a gabled caphouse crowns the stair. The thick walls are pierced by shot-holes. 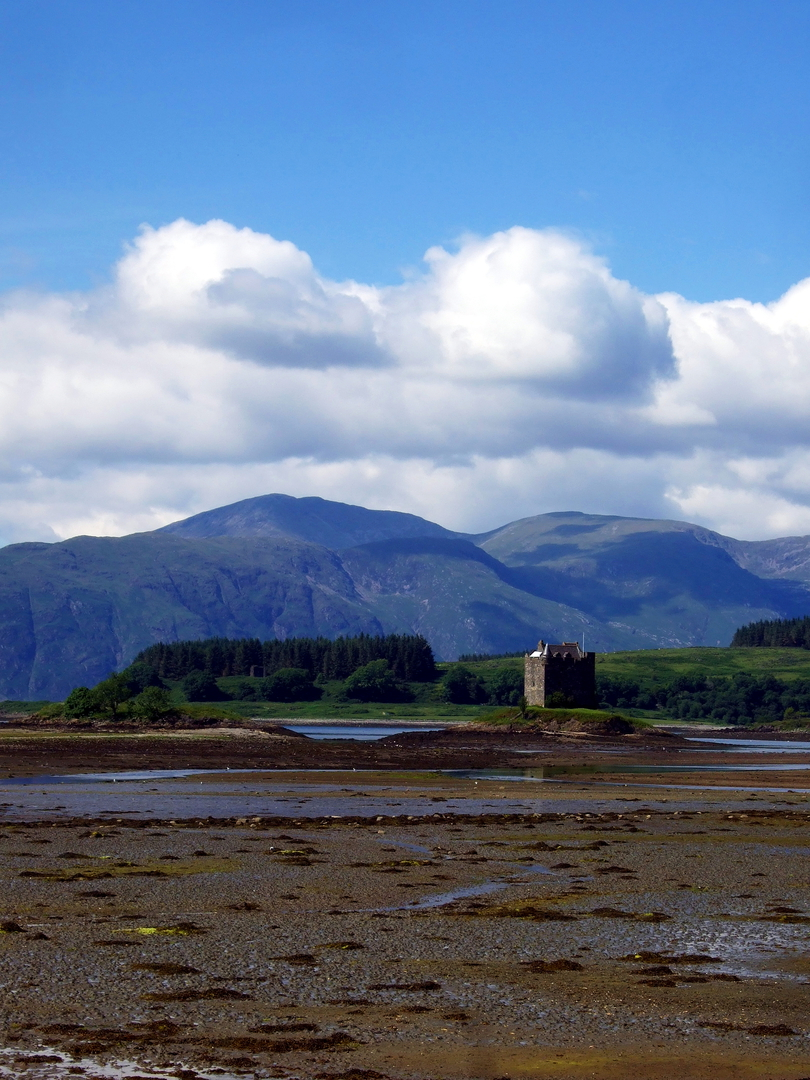 There are two entrances. The first, at ground level, is defended by a machicolation at parapet level and leads to the vaulted basement, which has a prison in one corner. A small mural stairway climbs to the first-floor hall. The main entrance, reached by an external stone stair, is at first-floor level and also protected by a machicolation. Private chambers occupied the storeys above the hall. A small courtyard has a landing place.
‘C. Stalky’ is marked on Pont’s map of Loch Linnhe, and is depicted as a large tower on an island, and then on Blaeu’s map of Lorn as ‘Castel Yl na Stalkyr’. 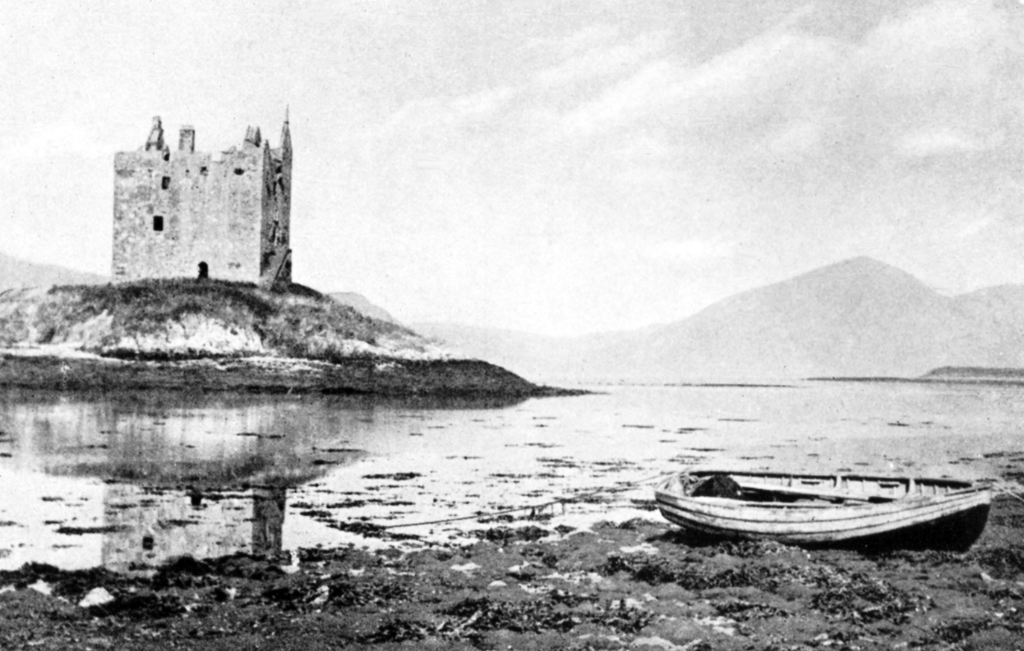 There was probably an earlier castle on the site, held by the MacDougalls. The present castle was built by Duncan Stewart of Appin, who was made Chamberlain of the Isles for his part in helping James IV destroy the MacDonald Lord of the Isles. The castle is believed to have been used by James IV as a hunting lodge. Duncan was murdered by the MacLeans at Duart Castle in 1512. His son, Donald, led his clan at the Battle of Pinkie in 1547. 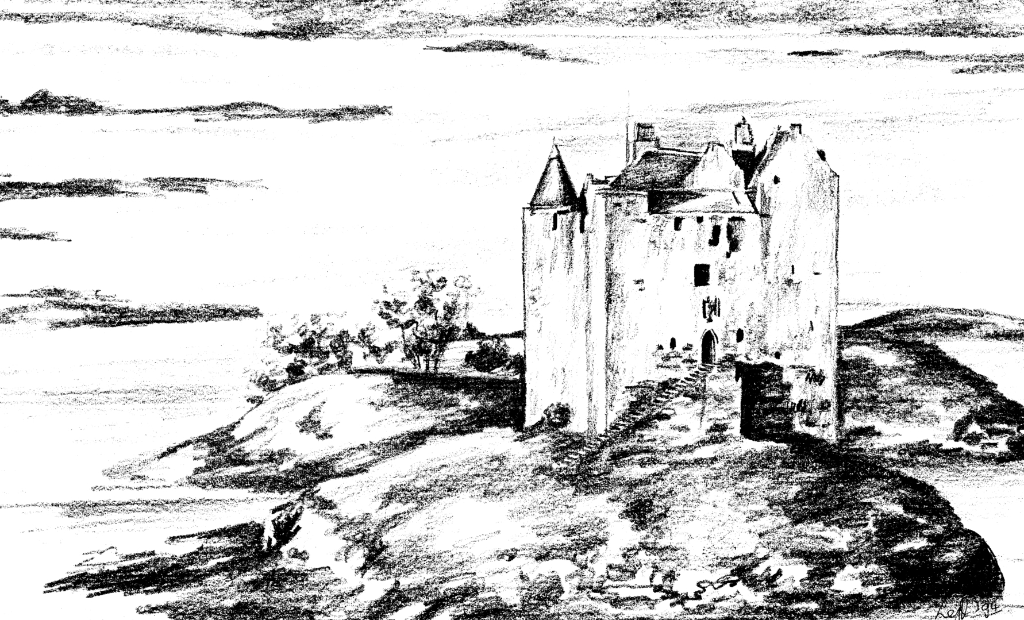 The assassination of John Campbell of Cawdor in 1592 started a feud between the family and the Campbells. The Stewarts of Appin fought at the Battle of Inverlochy, under the Marquis of Montrose, in 1645 against the Campbells. In 1620 the castle had been acquired by the Campbells of Airds in a drunken wager with Duncan, 7th Chief, but the Stewarts retrieved it after a long siege in 1685. A Stewart garrison surrendered to William and Mary’s forces in 1690. In 1715 the clan fought for the Jacobites at Sheriffmuir during the Jacobite Rising. 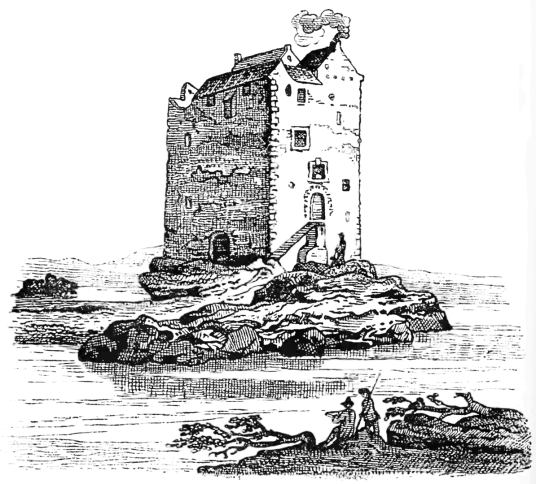 Dugald, 9th Chief, did not support the 1745 Rising, but the clan were led by Stewart of Ardshiel. The chief sold the lands in 1765, and the castle was abandoned about 1800. It was roofless in 1831, but restored from ruin, after being bought by Charles Stewart of Achara, in the 1960s.

One story is that a ball of shining light was seen above the old stronghold as a herald of death in the Stewarts. 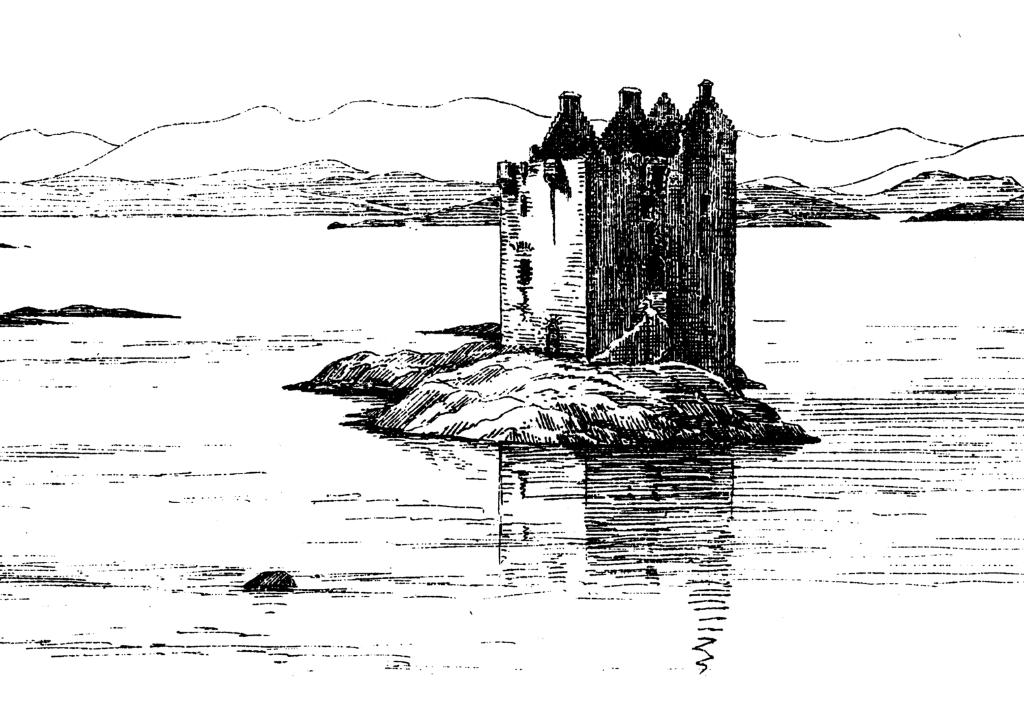 Part of Monty Python and the Holy Grail was filmed near the castle (Castle Aaaaaargh).