Angus & Dundee: About 4.5 miles south-west of Brechin, on minor roads and foot south of B9134, 1.5 miles east of Crosston, south of Mains of Melgund, at Melgund Castle. 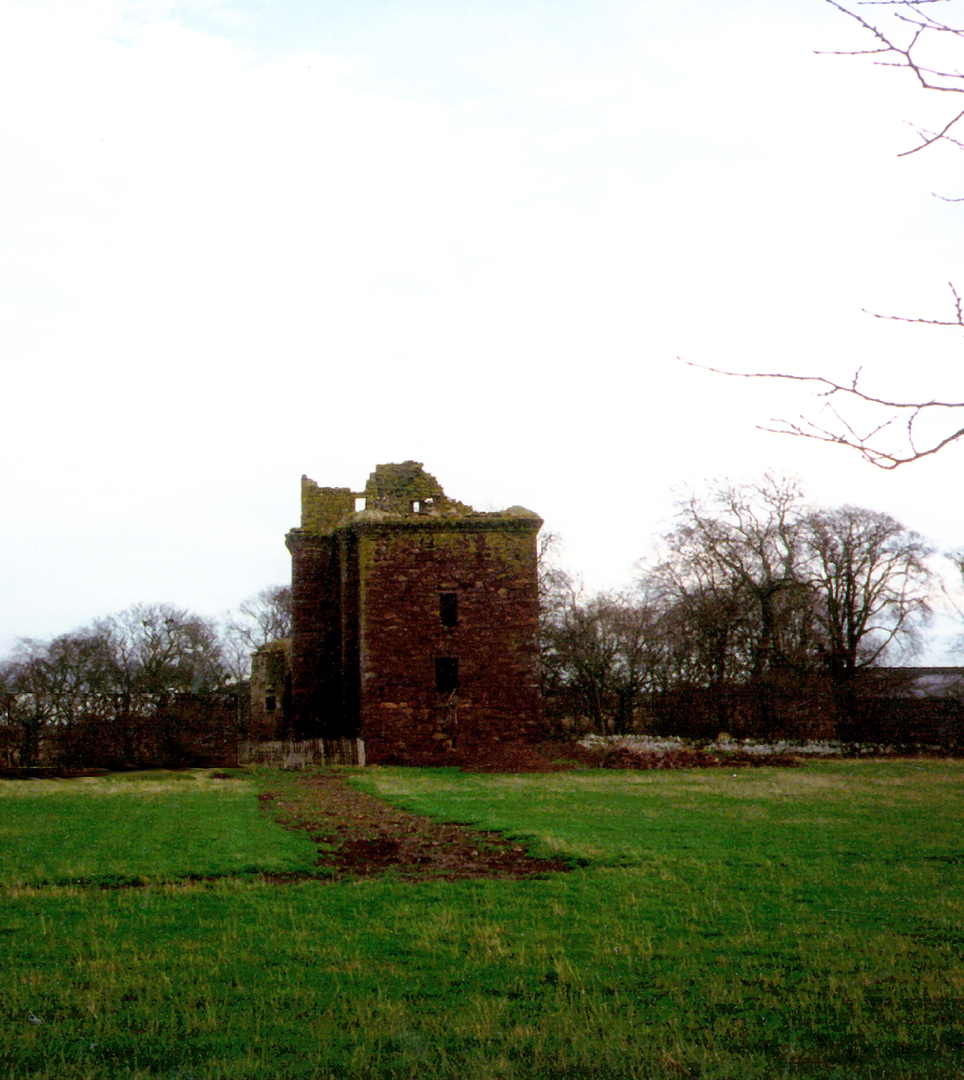 An impressive and interesting building, Melgund Castle is a 16th-century L-plan tower house and hall-block, perhaps incorporating earlier work. It consists of a main block of four storeys with a garret, and a higher stair-wing, which is capped by a large watch-chamber. A corbelled-out parapet has open rounds. The walls are pierced by small windows and many gunloops, and a lintel has a carved shield and the initials DB.
The entrance, in the stair wing, leads to a wide turnpike stair and to two cellars in the vaulted basement. The first floor and upper floors contained private chambers. 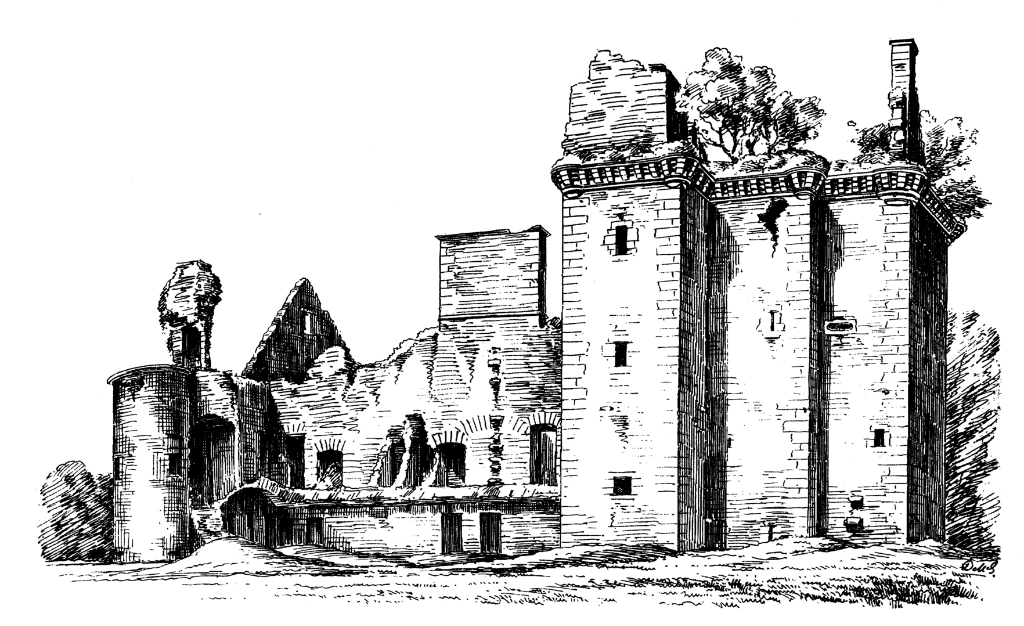 The hall-block of two storeys and an attic has a corbelled-out parapet and a round tower, with shot-holes, at one corner. It contained the kitchen, with a large fireplace, the wine-cellar, with a private stair to the hall above, and other cellars in the vaulted basement. The hall, on the first floor, was a magnificent chamber. A turnpike stair climbs to the upper floors beside the round tower.
Another range of buildings is completely ruinous.
‘Melghon’ is marked on Pont’s map of Perthshire and Angus, and is shown as a large tower with battlements and lower wings. 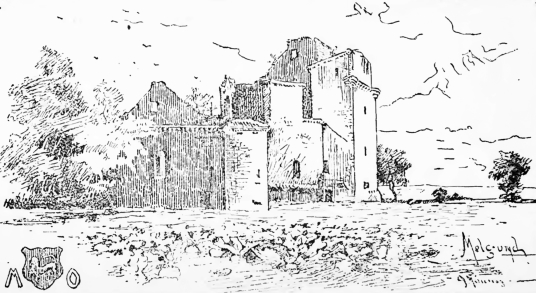 Melgund was held by the Cramonds, but the property passed to the Beatons. The castle was built by Cardinal David Beaton, Archbishop of St Andrews and Chancellor of Scotland, and Margaret Ogilvie, his mistress (or wife). Beaton was murdered in 1546, although Marion continued to live here after his death.
The property passed to the Gordon Marquis of Huntly in the 17th century, then to the Maules. Henry Maule of Melgund is mentioned in 1643 and later, then James Maule of Melgund in 1672, when he had a ratification which mentioned the old barony of Melgund, called North Melgund, with tower, fortalice etc (it is possible that North Melgund was a different tower). The property then went to the Murrays, later Murray Kynmonds, then to the Elliot Earls of Minto (and then Viscounts Melgund from 1813), whose descendants held the property until 1990 and still hold the title.
The main tower has been restored.
The ghost of Cardinal Beaton reputedly haunts the castle, one of several places his spirit is said to frequent.